The Exploration of Piemontese Nixtamal 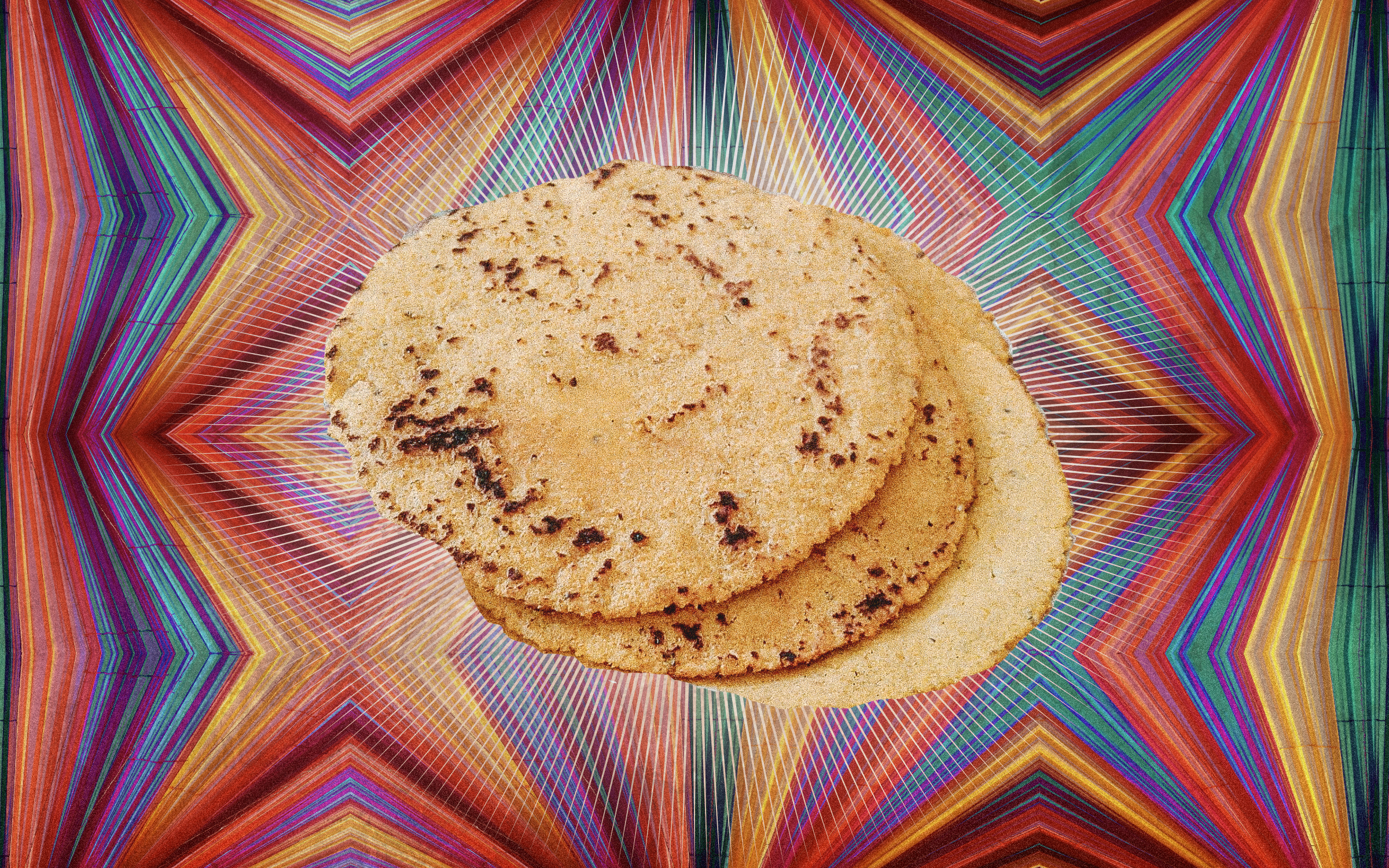 Turinèisa, Pignulet, Ottofile, Ostenga… It is no secret that Italians – especially the Piedmontese – and corn are very fond of each other! Corn came into the Italian diet through the back door, a perfect filling starch for feeding livestock and farmers. For hundreds of years, Italians have felt the delicious sensation of a full belly after a big bowl of polenta, prompting them to work in the fields and produce good wheat for the wealthy.

There was just one little problem: humans are not very good at digesting corn. After a lifetime of eating nothing but polenta, Italians began to suffer from pellagra, an extreme deficiency of vitamin B3 that makes you depressed, weak, confused, and, in severe cases, causes your skin to peel off. The Italians were starving with full bellies without realizing it. Something crucial was missing in the recipe. It turns out that while colonizers took so many treasures from “Eldorado,” they did not have access to millennia of knowledge, especially the magical formula for making corn digestible for the human body: Nixtamalization.

The science and witchcraft of nixtamalization have been excellently described by Dania Romero Mata, who explains in detail why nixtamalization is so essential: “Long story short, [cooking the corn in an alkaline solution] renders vitamins such as B3 ready for the human body to digest, inhibits the function of the phytic acid, unfolds the proteins contained in the Germ and Endosperm making them ready for human breakdown without releasing them into the boiling liquid by making the starches in the kernel a sort of gelatin that holds everything meanwhile improving the quality of the final dough for tortilla making. ”

Tortillas are vital to me. Every Sunday morning, I would wake up, and, like in an old cartoon, a cloud of roasted corn would lift me out of bed and carry me into the kitchen where my mother had her cast-iron comal on the fire. While a tortilla was cooking, she would shape another one with her wooden press and finish it by hand. Every time she would press a new tortilla, the top of the press would fold down, and you could read a pyrography on it: “odio cocinar” – I hate cooking.

For most of my life, living in Europe, tortillas were special because they were challenging to make. I thought they had to be made with a very specific and elusive flour popularly known as Maseca, after its most famous brand. Just as we often no longer bake our own bread or grind our own sausage in late capitalism, fewer and fewer people nixtamalize their own corn. Some are privileged to have a local tortilla mill and get fresh products, but that was definitely not the case for me living in Northern Italy at the height of the pandemic. I had to find a solution because I was starting to feel the withdrawal symptoms of life without tortillas on Sunday mornings. 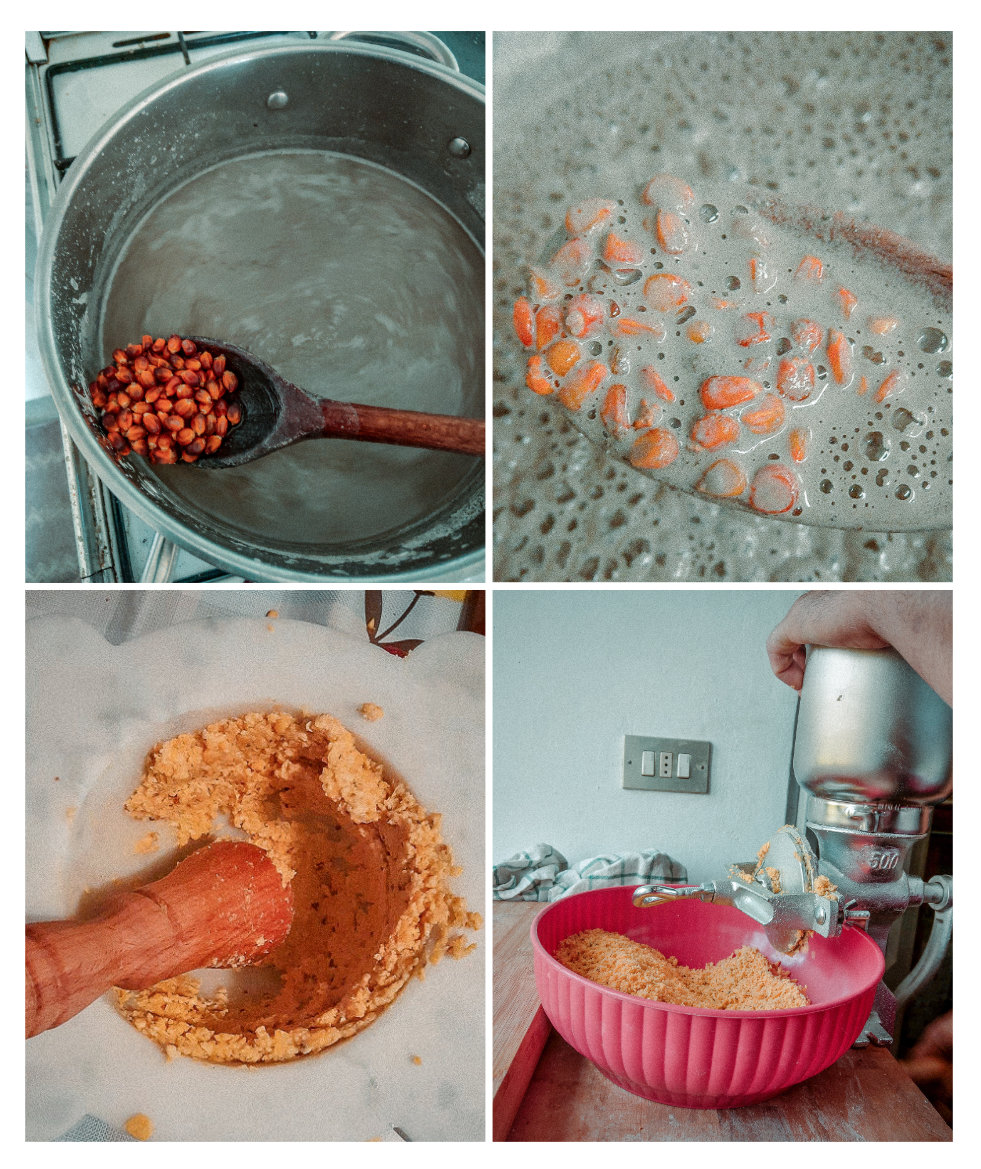 At first, like a true Millennial, I ordered some Maseca online, and it served its purpose for a while. But as a restless gastronome, I wondered as I cycled through the fields in summer, with endless rows of corn drying in the sun by the side of the road, if I could not do better than importing an industrial product from around the world. At that time, I was working at a bakery with a wood-fired oven that grew its own grain, including corn. So I gathered what I needed and naively took the first steps on the long journey of nixtamalization of Piedmontese corn.

I became obsessed with figuring out how to nixtamalize this local corn I had obtained. So, naturally, I dragged my girlfriend down the rabbit hole with me, and we nixtamalized corn every day for a month to get it right. As it turns out, it’s not so much the nixtamalization that’s the tricky part, but everything around it.

First of all, we were lucky to have access to organic corn from my workplace, and we had some success in nixtamalizing Turinèisa and Pignulet, but soon we wanted other corn varieties: red, blue, purple, black! We found articles about excellent corn growers in Italy, but when we called them, we met with nothing but suspicion and disappointment. Due to the predatory practices of the agribusiness industry, small farmers who breed new varieties of corn or save old varieties are incredibly unwilling to share their product without milling it. We were desolate; greedy seed companies had created a world that prevented farmers from providing us with their beautiful corn. After many unsuccessful phone calls, we finally solved the problem by finding a company that sold organic blue and red kernels for popcorn. A handy loophole. 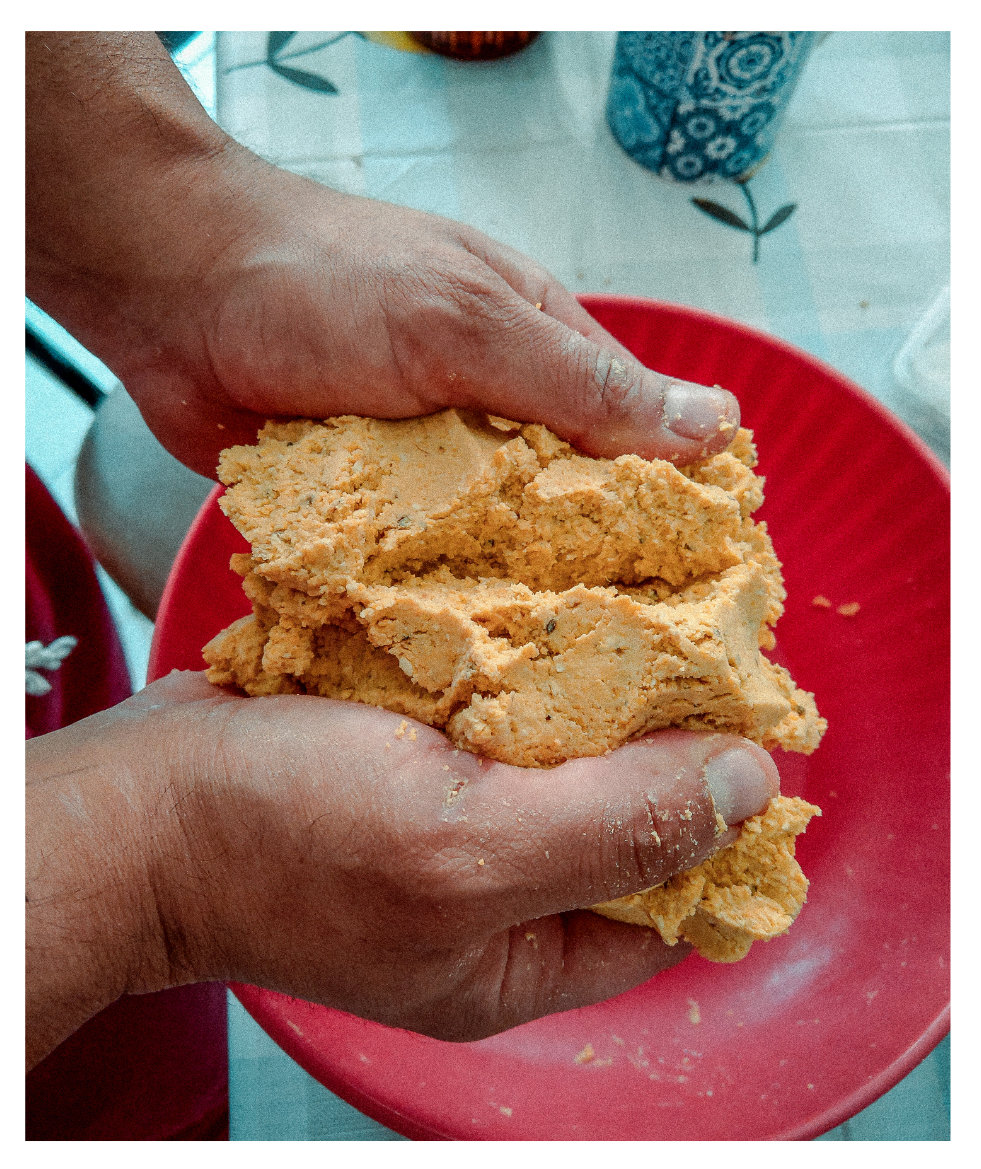 When we figured out how to extract the most essential parts, corn kernels and ash, we thought the hard part was over. We thought wrong. First, we tried to remove the husks from the corn; we believed that most of the husks had dissolved, and not much would be left. But, after dumping a pan full of ashes and pericarp down the drain in a centuries-old house, we received a very valuable lesson about the proper handling of food by-products – and about not dumping them down the drain of a century-old house.

The next step was milling! We first tried it in a small wheat mill with granite stones, but they were placed horizontally, so the wet corn made them stick together and clog the passages. Then, the machine started overheating, and after hearing the machine sounds like a fox struggling to give birth, we decided to try something else. We tried a food processor, but the quantities we could process were tiny, and the dough always came out too coarse; trying to make it finer would overheat the machine, so we gave up on that. We wanted to pound it in a marble mortar, and while it was a great workout, it really was not something I envision doing ever again. I would have thrown my hands up if I had any strength left. We went as far as borrowing a meat grinder from a butcher shop, and we tried to grind it in there; not only was it absolute hell to clean, but everything stuck inside, the machine was enormous, and it barely fit on the tabletop. We had to get on top of a step ladder to feed the corn through the top, and it would come out –still too coarse-looking like a nasty mass, with whole pieces of corn, unacceptable for tortilla making.

Finally, we solved it by buying a metal disk mill. We had to mill it two or three times, but it was perfectly tortillable. After about two months of obsessively trying to figure out how to make masa at home, after fighting about corn kernels, risking tendonitis from milling corn in inefficient ways, and almost giving up when I tried to take ashes from the oven, and they melted my bucket, we had finally made it.

The final test would be cooking. Cooking a single tortilla was easy, even a dozen. But since we experimented so often, we ended up with kilos of masa taking up space in the fridge. I had a cast-iron skillet and a chapati pan which I figured would do the job. However, I quickly realized that they were getting too hot, the tortillas were sticking to the pan, and I had to constantly regulate the heat. I did my best, but when my roommate came downstairs for breakfast and I was sweating like crazy over the stove, pressing tortillas and operating two different pans, regulating the heat like a deranged fireman DJ, I realized I might need to scale down. 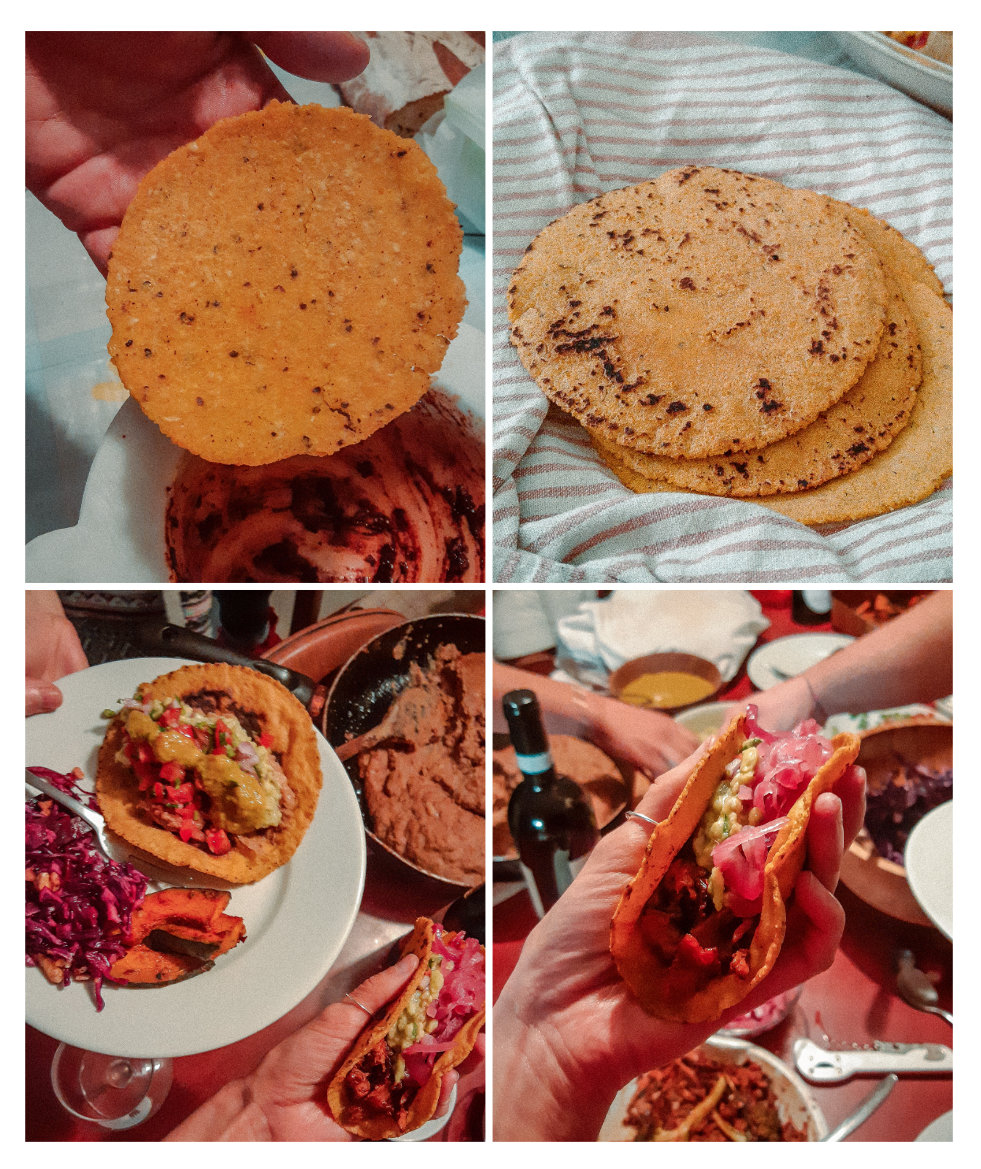 Nevertheless, when I put that first tortilla on the cast iron, it puffed up into a perfectly round infladita (according to the traditional lore, that meanswhoever is cooking will get married); I felt the kitchen fill with that Sunday
morning smell of home. I felt three thousand years of tortillero genetics coursing through my veins when I took that first bite.

Now, when I am homesick, and the grayness of the Piemontese winter seems infinite, I know I can find a bite of home in a burnt tortilla. 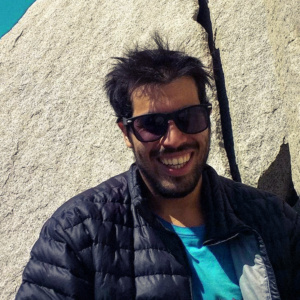 Stefano writes about the intersections of food, colonialism, and intercultural exchange in Brazil and his Instagram page @anticoloialist.cookbook. He was trained as an economist at the Sorbonne in Paris and holds a master's degree in economic history and development economics from Sciences Po. and the London School of Economics. He is an alumnus of UNISG and recently completed his Master of Gastronomy: World Food Cultures and Mobility and is currently still trying to fight homesickness in Bra, where he has decided to stay.