Edible Magic Beneath our Feet 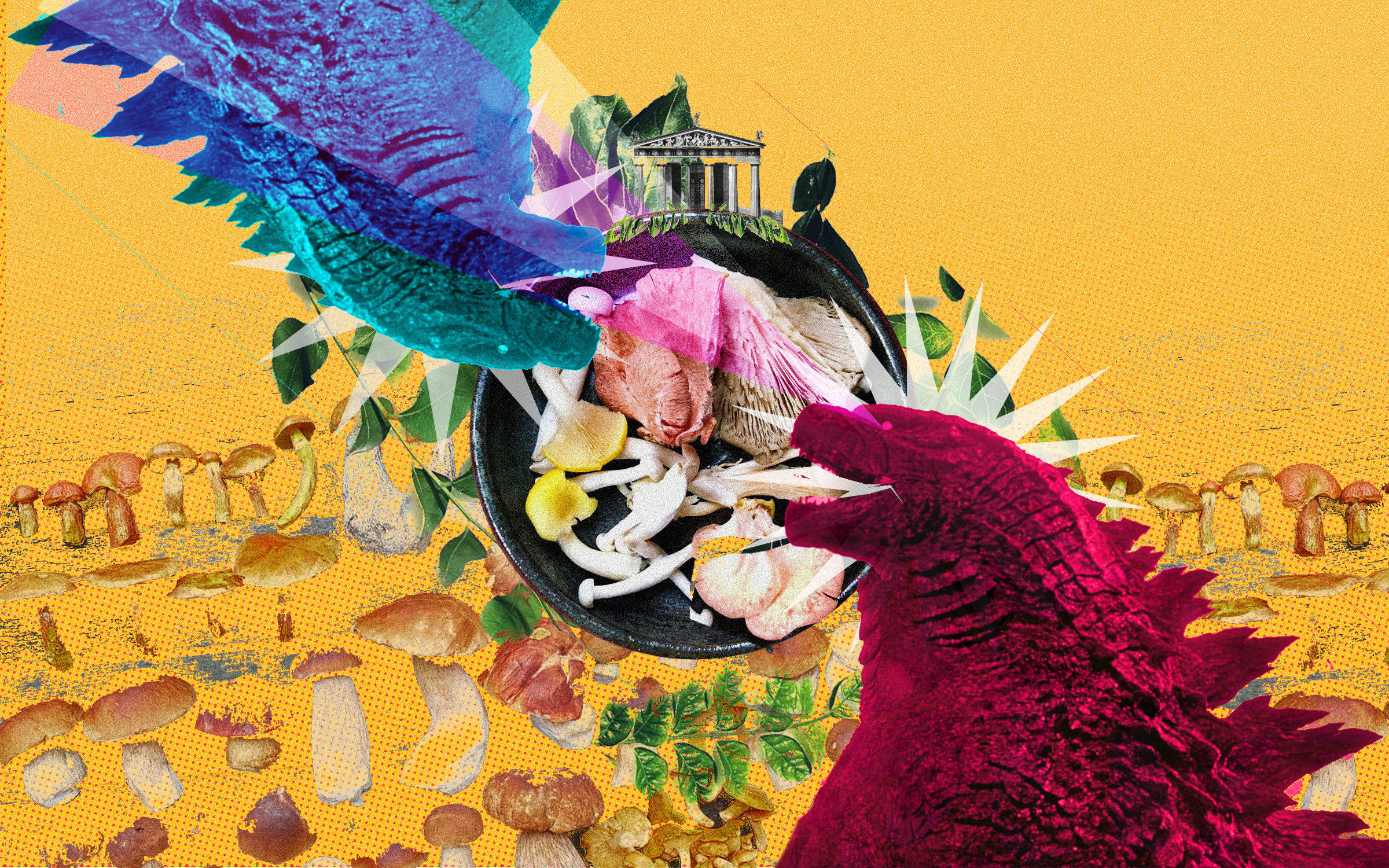 Have you ever thought about how many edible plants you step on when you walk through a meadow? Have you ever wondered why people buy incredible amounts of food in the supermarket when they could easily find it in their house garden? These kinds of questions make us think; make us reflect on today’s issues related to food!

A society in which there are no authentic tastes anymore, where everything is transformed and modified, where every minute spent on doing something is considered a loss of time, where people consume and waste without even asking themselves why. Such a society needs to stop, needs to consider what is already there, starting from the little things that can lead to big changes; like utilising wild food! 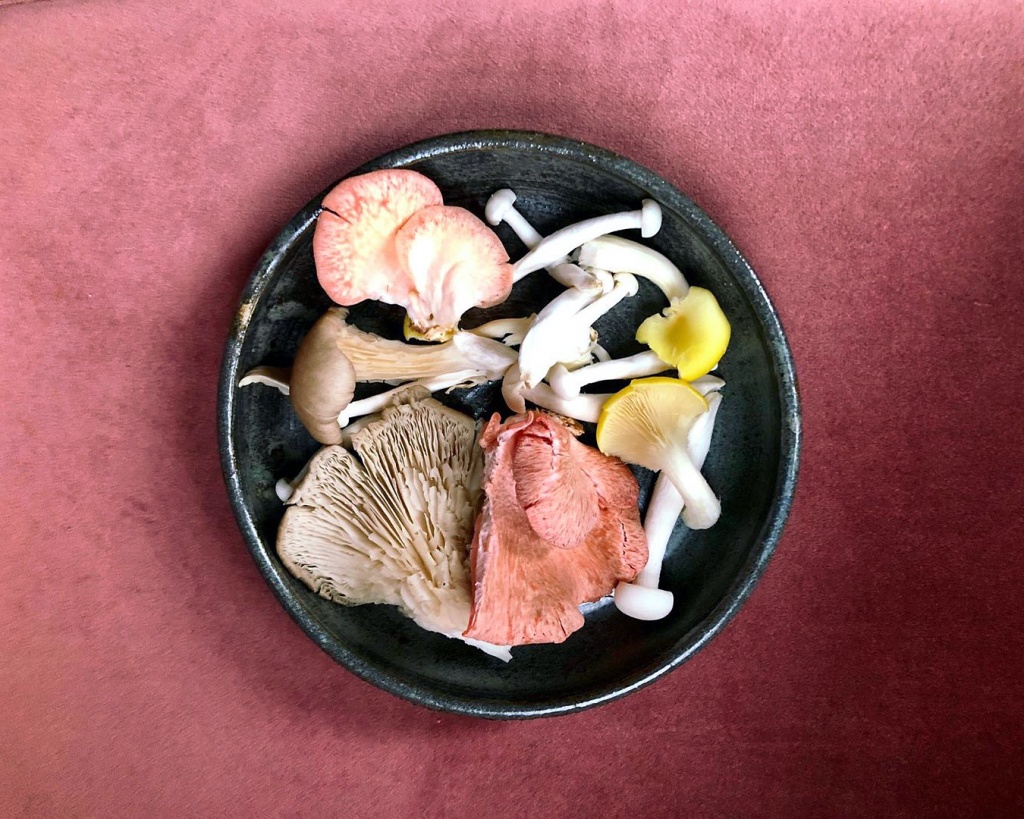 Wild food is present in every corner of our planet: in every field, path, meadow and forest. The vegetation covering our land is a never-ending source of richness, in which every element exists and functions with others. Yet, over the last centuries, society has started to separate nature and culture, the wild and the cultivated. The well known “weeds” of our vegetable gardens, for example, have become associated with negative connotations such as “intruders”, “plants born in the wrong place”, or “an obstacle to agriculture”. But what if we changed our point of view?

Foraging (the act of provisioning wild food) and agriculture are two tightly intertwined activities.  The hunting-gatherer civilizations were heavily leaning on agricultural products to cultivate and trade with other communities but used wild food to enrich the monotonous diet based on few and energy-dense foods. Repeating these activities every day led to the creation of the so-called “traditional knowledge”, the wisdom related to wild herbs, berries, mushrooms, as well as their culinary and therapeutic use. In many cultures the use of wild herbs still remains the main pillar of gastronomic tradition, in others, it was lost completely. 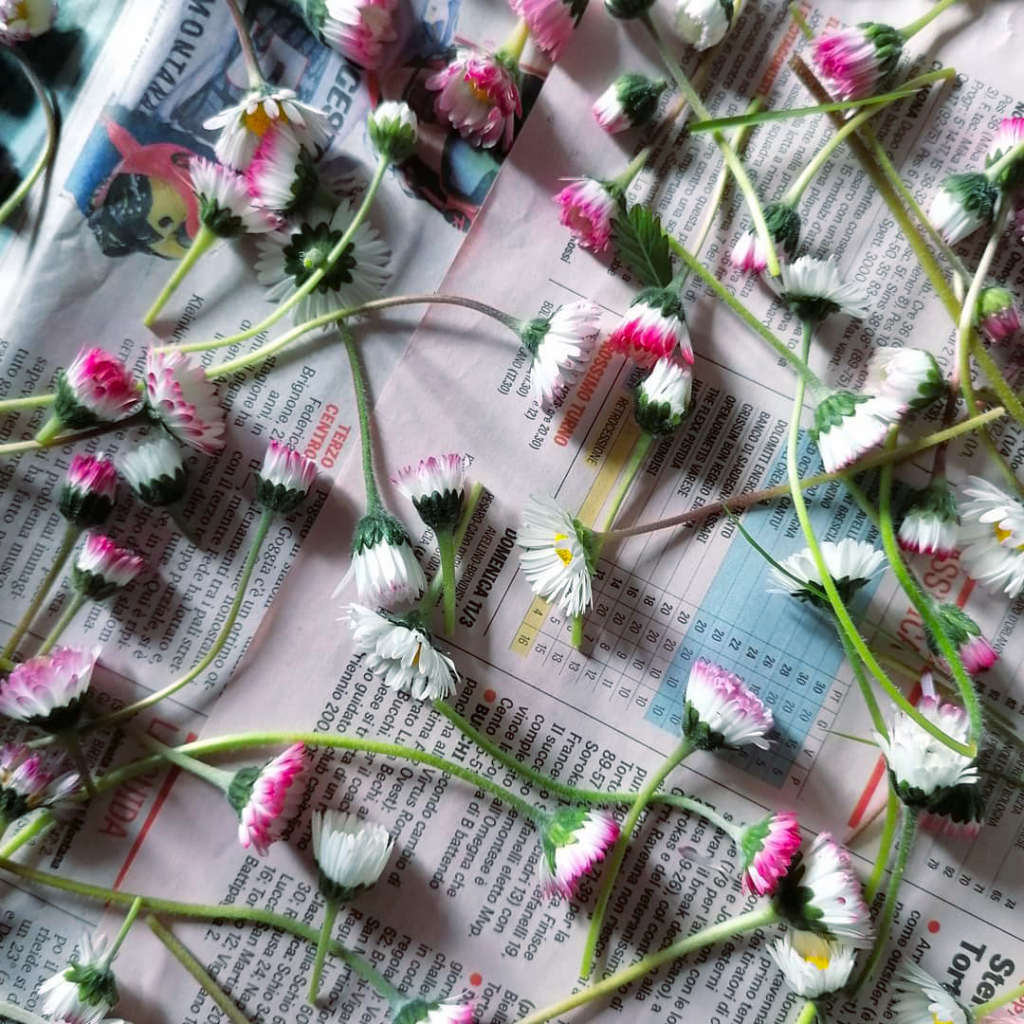 Foraging during spring by @aboutgoodfood

“As a matter of fact, food and medicine are strictly connected and in many cultures, the particular use of certain wild plants is tightly linked to their medicinal purpose. In ancient Greek culture, for example, diet was a way of living, including eating, sleeping, sport and even sexual activity.”

In several European diets, wild food played a very important role in balancing nutrients, by guaranteeing the correct micronutrient intake needed for the health of the individual. A very familiar example is the Mediterranean diet, declared UNESCO World Heritage, due to its great contribution to human health, deriving from the right balance of fruits, vegetables, olive oil as the main source of fat, dairy, fish and a small amount of meat and eggs. However, there is a “hidden part” of the Mediterranean diet – not usually considered by scientists and nutritionists – consisting of wild vegetables and herbs, often combined with other ingredients to provide a great source of antioxidants, as shown by many phytopharmacological studies, covering a fundamental role in the prevention of chronic diseases.

As a matter of fact, food and medicine are strictly connected and in many cultures, the particular use of certain wild plants is tightly linked to their medicinal purpose. In ancient Greek culture, for example, diet was a way of living, including eating, sleeping, sport and even sexual activity. Food and body wellness were two intertwined elements, to the point where food was equally consumed for pleasure and health: what tasted good was also good for your health. Only in the XIX century did gastronomy move away from this concept, leaving eating for pleasure in one and eating for your health in a different corner. 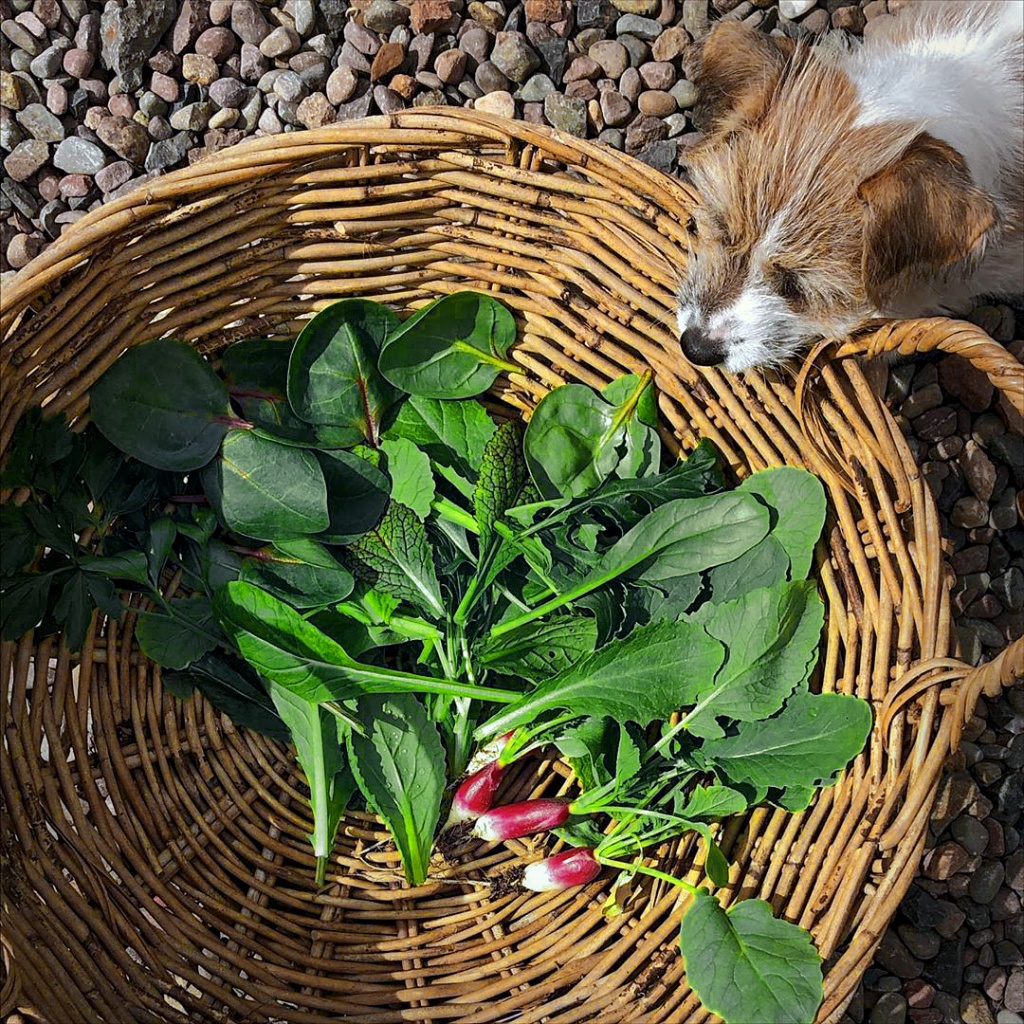 In its early form, the Greeks’ vision of life can be compared to a foraging lifestyle in the modern world: the act of gathering wild food implies research, endurance, time and use of all senses. All these aspects are linked to movement. Foraging is not a static gathering in a determined field, but rather dynamic, moving from one spot to the other, following the rules of nature. Here the psychophysical benefits come in: muscles are constantly moved, the mind is activated towards the active use of all senses and the contact with nature contributes to a mental state of well-being.

Going back in time several centuries, nature was an integral part of everyday life. Gathering wild herbs at the border of cultivated fields, looking for berries, fruits and wild products in the forest was on the everyday agenda, and every activity of subsistence was strongly dependent on nature’s well-being, constantly tended to through maintenance practices aimed at preserving its biodiversity. Kids would help mums in gathering, preparing and preserving wild products, being active participants of such a vast and deeply rooted knowledge even from a young age. In the second half of the XX century, however, we started losing an incredible amount of knowledge linked to wild food, mainly due to the occurrence of the green revolution and the modernization practices after the 2nd World War. New inventions in the agricultural field, such as pesticides and herbicides, caused the almost complete disappearance of the vegetal wild flora around cultivated fields. Furthermore, a different lifestyle, brought by modernization, drastically changed people’s priorities: the possibility for women to work, a great migration from the countryside to cities and the appearance of the so-called “comfort foods”, pre-cooked foods ready to be consumed, led to a fast drop of time dedicated to the gathering and transformation of wild products and the consequent gradual loss of knowledge. Values such as time, contemplation and respect were overruled by speed and overproduction, which became the key leading points of the new century. Connection with nature got lost and people became more and more dependent on market logic.

The current century is witnessing a revival of wild food, promoted by a new naturalistic trend, born in contrast to the industrialization, focused on the research of healthier products, with the appearance of several guides, companies and associations trying to recover and spread the knowledge about wild food. Many elite restaurants as well started to use wild food as a way to differentiate themselves. Nevertheless, this rediscovery goes hand in hand with a utilitarian and elite vision, resulting in limited access to the public of such a common good.

What can we do to rediscover wild food?

Following the rhythm of nature helps us find connection in such a rootless world and reconnect with the real dimension of life, which originates from and depends on nature. Getting to know its rhythm, understanding its necessities and its limits is an incredible way to be more aware of what grows around us. Many times talking about organic, local and seasonal food might be too generic and abstract. Foraging, instead, is the best way to put these concepts into practice: there is no tighter link with the territory than through the gathering of wild products. By observing nature, understanding its mechanisms, we can realize that respect for natural ecosystems and environmental sustainability are necessary conditions to preserve the wild biodiversity.

“Its great contribution to identity affirmation, territory link intensification, diet diversification and biodiversity preservation is the starting point for an alternative approach, a way to get in contact with other dimensions, already forgotten by our society, where silence, time, attention and respect dominate.”

Behind a sustainable gathering practice, there are many steps that have to be taken into consideration to guarantee the highest resiliency of the system and reduction of waste. It all starts from the careful observation of nature and of its resources. It is necessary to understand where each identified wild plant grows, how long it takes to regenerate once it has been gathered and the period of the year in which it is the most abundant. During the gathering process, precautions have to be taken to only select the best plants, by leaving the others behind, avoiding both a waste of plants and the gathering of all plants at the exact same space, risking to leave empty spaces where invasive plants could grow instead. The best way is to gather small quantities in different spots in order to preserve the plants’ natural habitat and enhance their regrowth. After the gathering process is completed, plants have to be preserved in the refrigerator to avoid any possible spoilage. It is, therefore, a matter of optimizing the gathering and finding the right equilibrium between human action and natural reaction, with the constant awareness that there are limits beyond which interaction stops working. In this way, not only every kind of damage and overexploitation is prevented, but the plant exchange and regrowth are actually enhanced, avoiding the risk of species disappearance.

Nowadays, comfort has invaded our everyday lives, transforming us into passive subjects. Our role is instead to become active protagonists in our life: start to walk, explore, understand real distances, observe nature, rediscover what grows around us, communicate with people and exchange knowledge to create a new and deeper link with our Mother Earth.

In the face of the ongoing issues of our century, which include a constantly growing population, climate change and the loss of biodiversity, a system based on the integration of wild food can pave the ground for a more sustainable gastronomic model, in which different dynamics are activated. Its great contribution to identity affirmation, territory link intensification, diet diversification and biodiversity preservation is the starting point for an alternative approach, a way to get in contact with other dimensions, already forgotten by our society, where silence, time, attention and respect dominate.

Food is not only agriculture, not only production, not only cooking. Food can be under our feet when and where we least expect it! 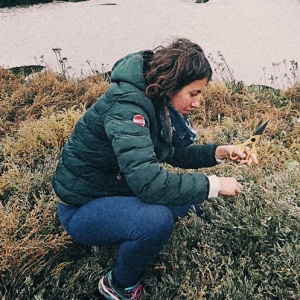 I'm currently a student in the European master's program of Sustainable Food Systems, working on improving our food system in order to make it more resilient. I graduated in 2017 from the bachelor's degree in Gastronomic Sciences at the University of Gastronomic Sciences, where I developed and nourished my passion for wild food, a passion which I kept on cultivating along the time. I worked in the gastronomy field as well, exploring different production and restoration systems and the way to improve their sustainability.