Why not Sous Vide? 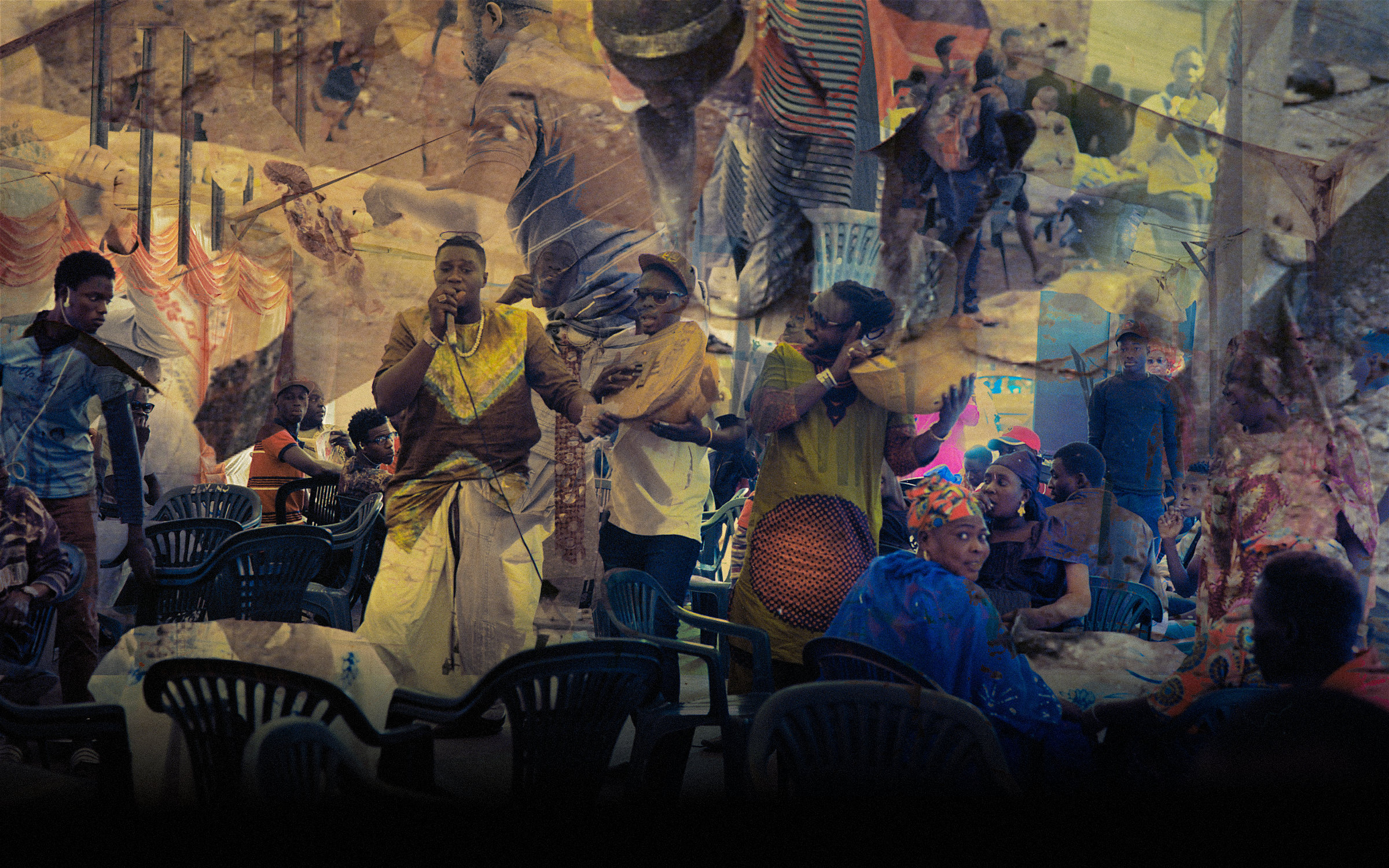 Every so often I find myself at an intersection between work and pleasure. As an anthropologist, I’m always observing and overthinking the dynamics of whatever is going on in my life. Sometimes, I’ll allow my perpetual “study of the human” condition to leak into other sectors of my life because, how can you separate the two? This is where I met fellow anthropologist and film photographer Dick Powis.

Amidst various online groups within the Twittersphere, I crossed paths with Dick. As anthropologists we discussed theory, but as film enthusiasts, we naturally started discussing our affinity for the medium. As the conversation veered towards the accessibility and future of film, I was asked that one question that separates film photography hobbyists, from the true enthusiasts: “Well, do you develop your own?”

The answer is no. I do not develop my own film. My personal history with film is rather sporadic, starting in the darkroom of some middle school media class to the me from two weeks prior, who was begrudgingly filling out mailing forms to ship out my precious film rolls abroad to avoid the extortionist pricing of my local cranky film developer. To some, being able to develop your own film is a rite of passage. One’s transition from pure curiosity to absolute appreciation; only through working through the film development process does one come attuned to the fluxes of which differentiate film photography from others. 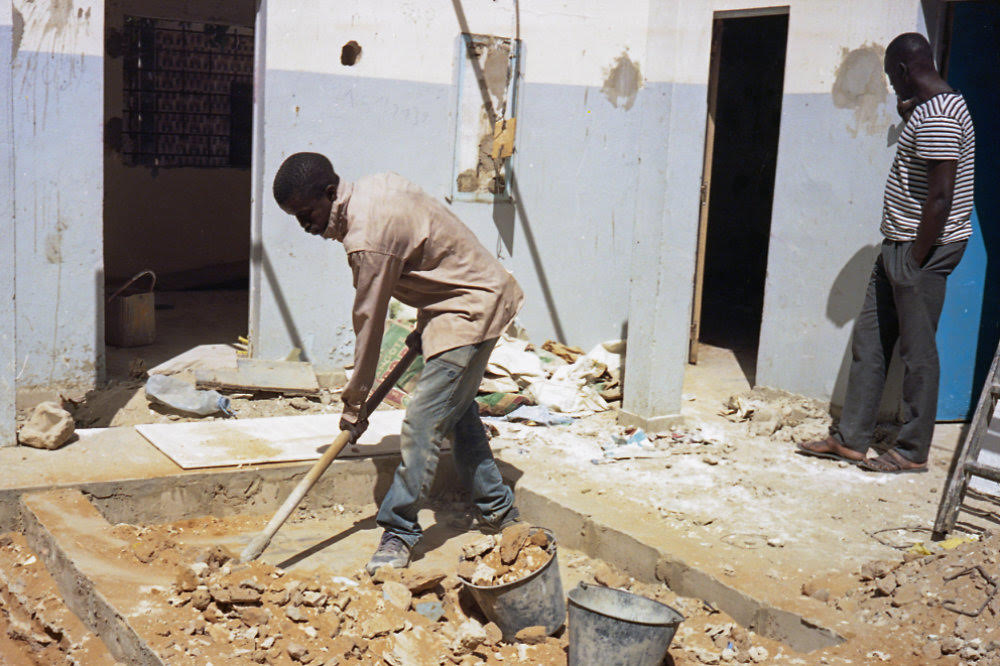 Most of my photographer friends have a working knowledge of film development, but as they have all mentioned with ferocity, in a vocal asterisk of sorts: “But only black and white!” What stuck out to me the most about Dick is that he not only developed his own film, he developed in colour as well. You read that correctly readers, colour film.

To those unfamiliar, colour film development can be a daunting feat. Whether you choose to focus on the fact that you could destroy an entire roll of memories, the fact that each one of those rolls costs a decent amount of money, or the absolute necessity of meticulous temperature regulation, it’s a quite anxiety-inducing process. However, for someone like Dick, whose childhood was full of disposable film cameras and hours in the darkroom of his father’s workplace, learning how to develop colour film was an inevitable step in his relationship with photography. Eager to learn more about film developing, I questioned Dick further on his method via Twitter direct messages. It went something like this: 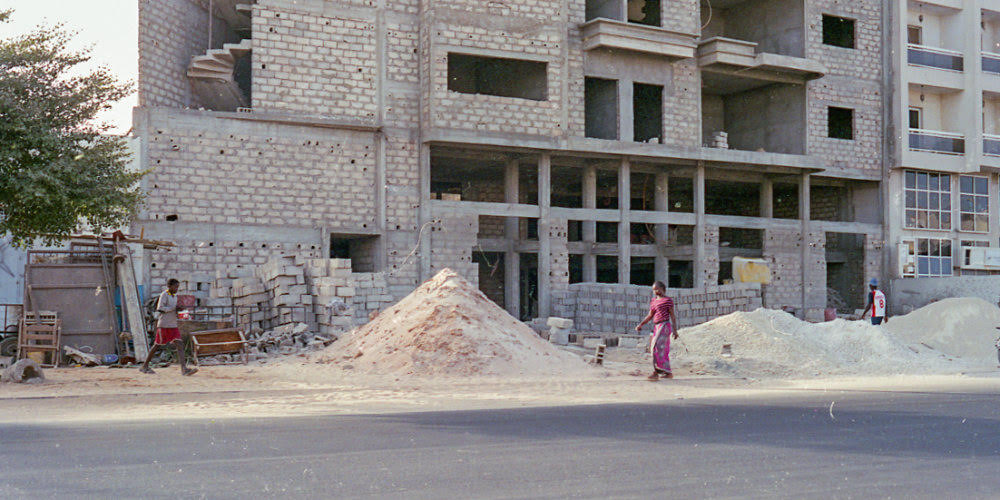 ” The strength of sous vide is its ability to cook things evenly in a way that is unachievable for any other cooking method. Although film is not edible, there are many crossovers between its development and the process of cooking the perfect meal which happily lend themselves to sous vide.”

If you’re unfamiliar with what a sous vide is, let me explain it simply: a method of prolonged cooking using a water bath of consistent temperature. Translated from French as “under-vacuum”, the cooking method is characterised by long cooking times, low temperatures, and a plastic bag. The strength of sous vide is its ability to cook things evenly in a way that is unachievable for any other cooking method. Therefore, it is incredibly useful for preparing ingredients which rely on stable temperatures. Although film is not edible, there are many crossovers between its development and the process of cooking the perfect meal which happily lend themselves to sous vide. The main question that loomed in my mind during my conversation with Dick is how he had even thought to associate the two. I decided to schedule a proper call to discuss this method more in-depth: 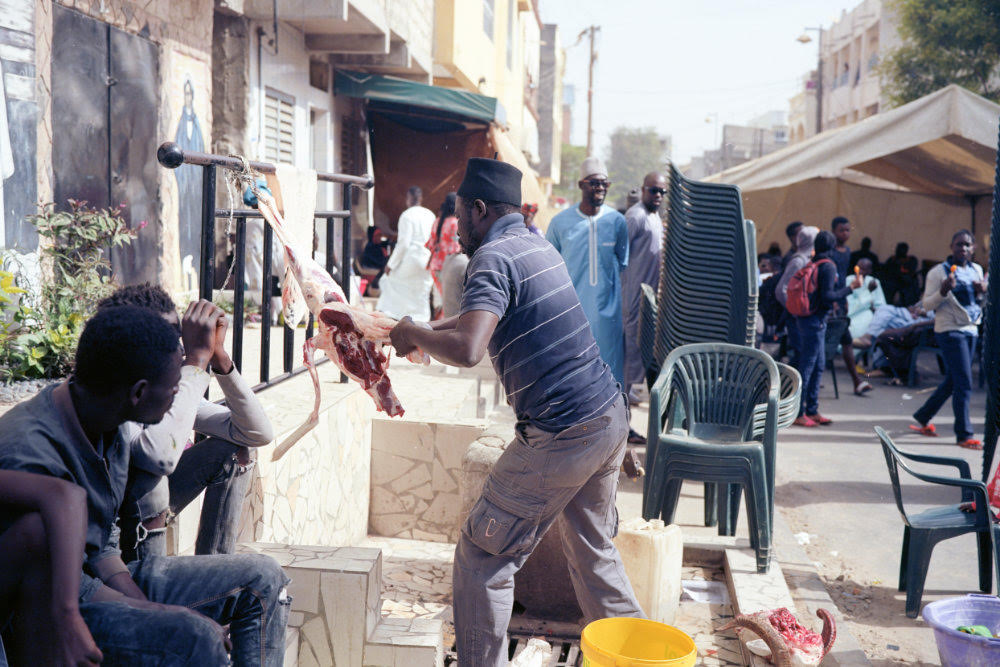 Dick: Colour film requires [the] chemistry to be kept at a constant temperature. Most people use a stovetop and sit there and manage the flame, but having been an executive chef, I remembered that that’s also how you make mozzarella… and that’s a huge pain in the ass, so I used sous vide.

Me: You were a chef?

For Dick, working in food and hospitality was more of an inevitable steppingstone towards his dream of being an anthropologist. Growing up in a working-class family who moved houses often posed some issues in transitioning to university, thus Dick resorted to forging his own path towards anthropology. Picking up various jobs in hotels and other establishments, he started as many of us do in the industry – he served and washed dishes. However, after becoming frustrated with the abrasive dynamics of the kitchen hierarchy, he opted to learn how to cook and refocused his trajectory. This dedication to learning through participant observation, a fundamental skill in anthropology, allowed him to advance his position in the kitchen hierarchy swiftly over the years. 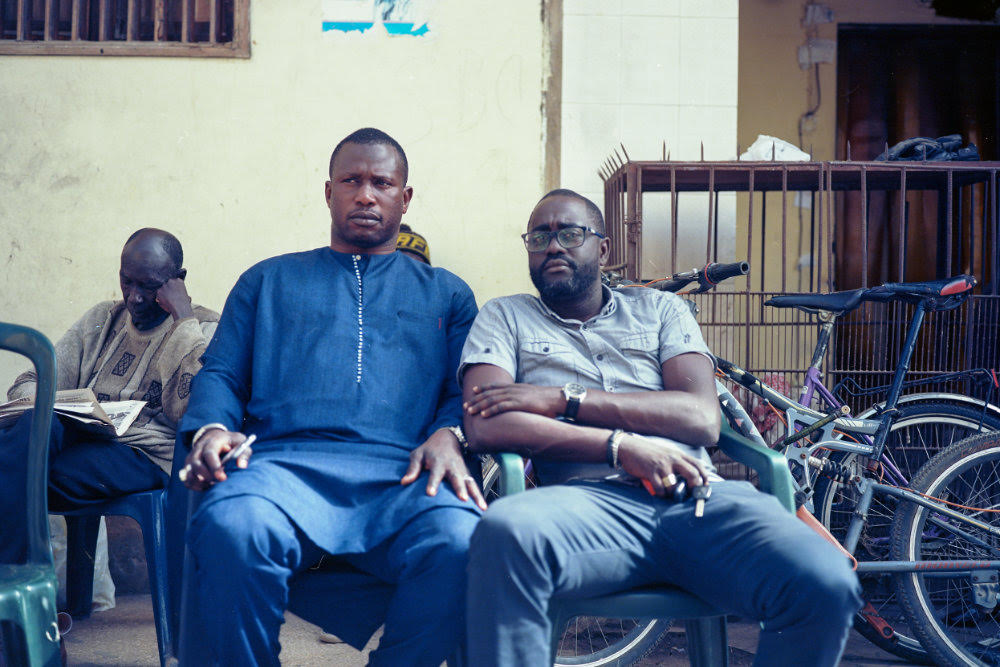 Dick: I didn’t really like cooking, but I needed to make money. I just kept trying to run up the ladder [in the kitchen] starting from when I was 17. I really hated it at first…but at some point, I just sort of turned it around because I realised what I was learning and what I was doing was actually very cool stuff. I could take pride in that. I started viewing [cooking] as less of a job and more of an art. I did a little bit of French culinary, molecular gastronomy, a little bit of Northern Italian…I worked in many different places.

Me: So, at what point did you learn how to use a sous vide? Was it when you were training in the French culinary tradition? 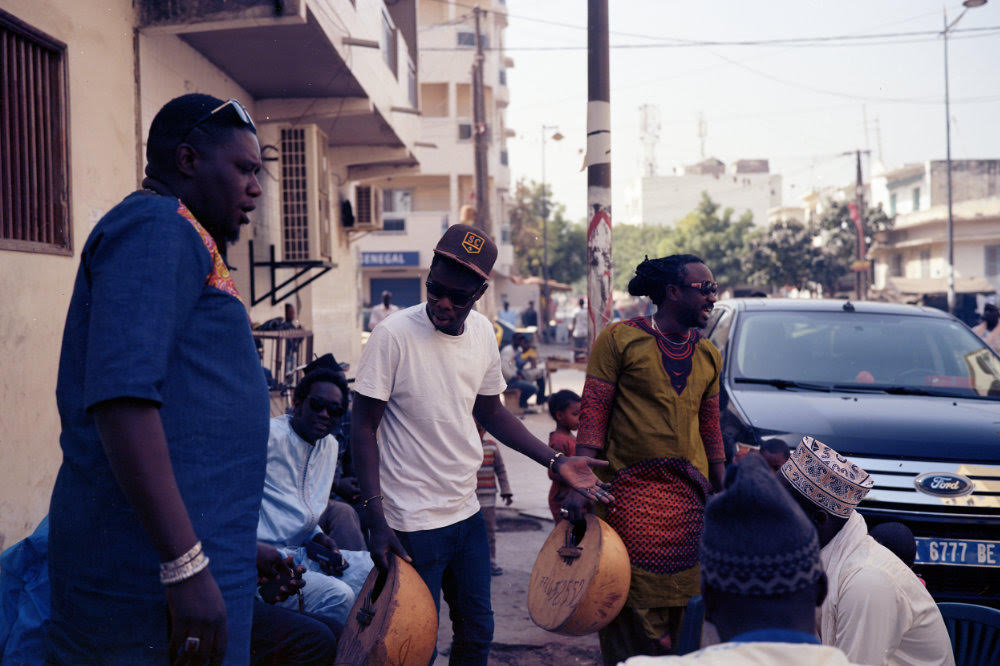 Dick: I don’t think I ever used sous vide during my culinary career. I mean, I knew what it was, as a concept, like I had heard people talk about it and I was aware of the technique, but I don’t think we ever had one at any place I worked as a chef. However, while I was doing molecular gastronomy in California, I learned about sous vide when we were learning how to make cheese – mozzarella. When you make it, you’ve got to make sure that the temperature of your water stays at a steady 105 degrees Fahrenheit…most people just keep their hand on the gas dial, and I kept thinking “Why don’t we just use a sous vide?!”

Me:  Was there a particular moment where it all “clicked” for you? Did you just suddenly think something like “Wow, I’m going to try using a sous vide for film!” or something like that? 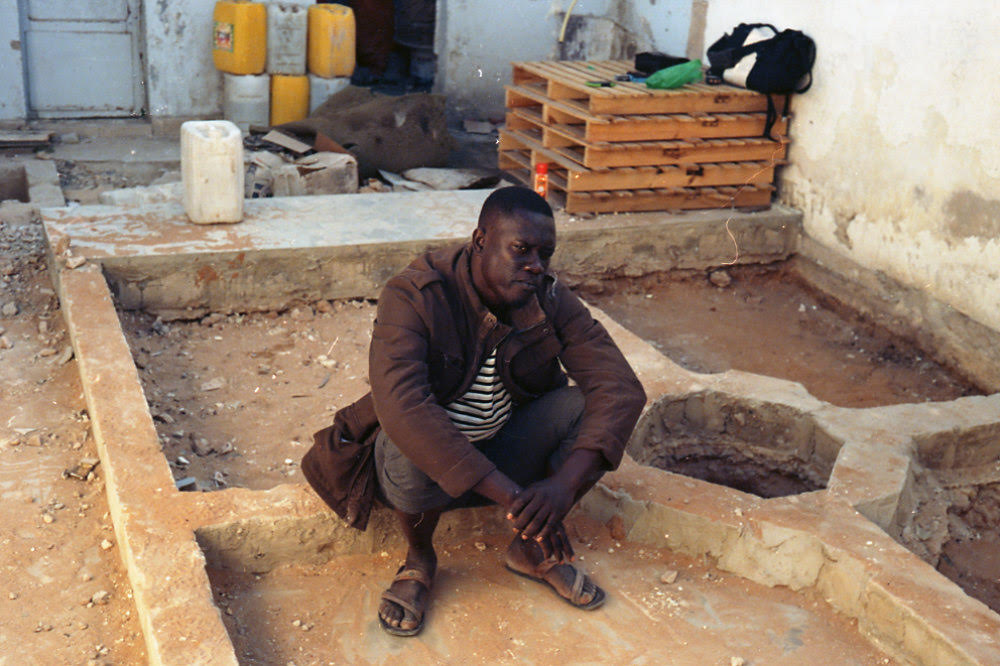 Dick: When I started getting back into film photography, it had been 6 years since I stopped cooking. I started doing ‘brutal development’ with black and white film, which is very basic. You can just use developer, bleach and stabiliser and be done with it. It’s very mobile, you can even do it in a car like I did during my research. So, I started wondering about developing colour film. I went online looking for answers, but the only colour film development I saw were from people who had sent off their film rolls to be developed by someone else. I wondered why nobody decided to do it themselves, so I started searching for instructions on how to do so. I wanted to know what it took to develop your own colour film. Turns out, you must heat up the [film] chemistry [solution] to 110 degrees Fahrenheit and pour the warmed chemistry into the [development] tank. I read that it’s all about keeping the chemistry at a temperature of 110 degrees…and it was almost automatic to me – just use a sous vide!

Me: Do other amateur film developers also develop their film the same way those chefs taught you how to make mozzarella? Do they just wait by the stove and have their hand always on the gas? 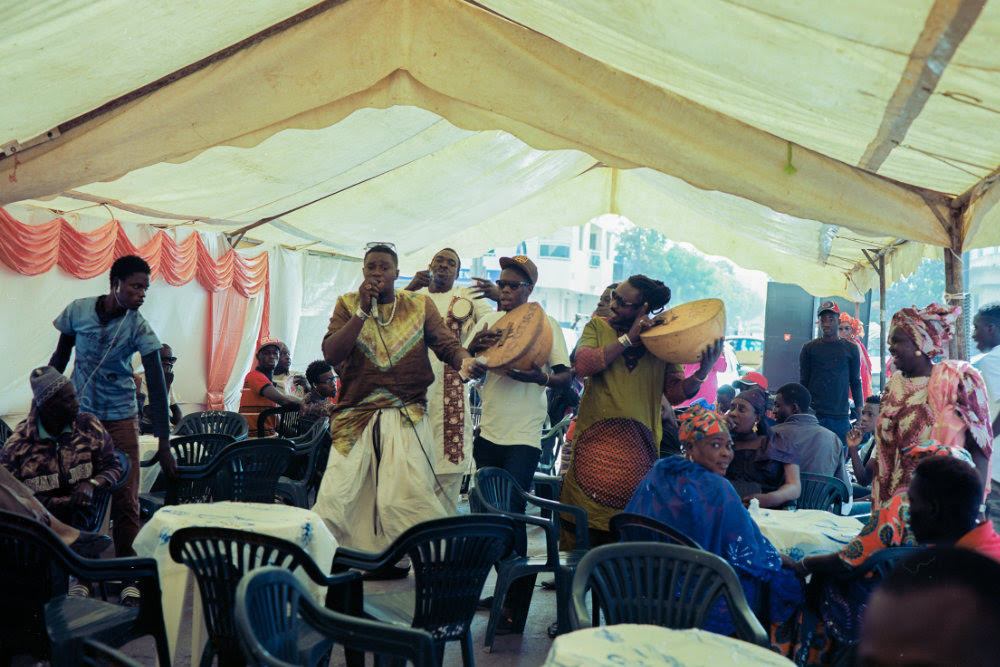 Dick: Oh yeah, I’ve seen a few videos of people just heating up everything on their stovetops and monitoring it. These videos must have made me have flashbacks to the mozzarella making and it all just made sense to me. It all just felt obvious to me, which is why it was a shock to me that you think this is a cool idea. I know I’m not the only one who uses one to do this though. A while back I went to a concert. I was standing outside smoking a cigarette and there’s this guy who walks by with a medium format camera, so we started chatting about film. I asked him if he shot [with] colour film, which in retrospect is kind of a pretentious question.  He responded, “Yeah I do” so I asked him if he developed his own film and he told me he did! I told him, “Dude, me too. I use a sous vide to do it”, and he replied that he also uses a sous vide, so I’m definitely not the only person.

“In combination, photography and anthropology have many likenesses; both are centred on telling stories and exemplifying figments of truth and reality. There is attention to change and transformations, liken to the transition from film negatives to completed photos or from fresh ingredients into a mouthwatering meal.”

Me: Is this like a secret film photographer’s club or something? An “are you crafty enough to figure it out” kind of deal?

Dick: Yeah, definitely. It’s wild. I know I’m not the only one, but there’s also not many of us. What’s nice about it is that you can literally use any sous vide, the model or price point doesn’t matter. It’s just cost-efficient and makes [colour film] development easy.

Me: Do you think you could have made this connection if you didn’t cook or become a chef?

Dick: I’m not sure. I mean, I miss it sometimes. I don’t think I would ever go back and do it again…but also… I still miss it on occasion. 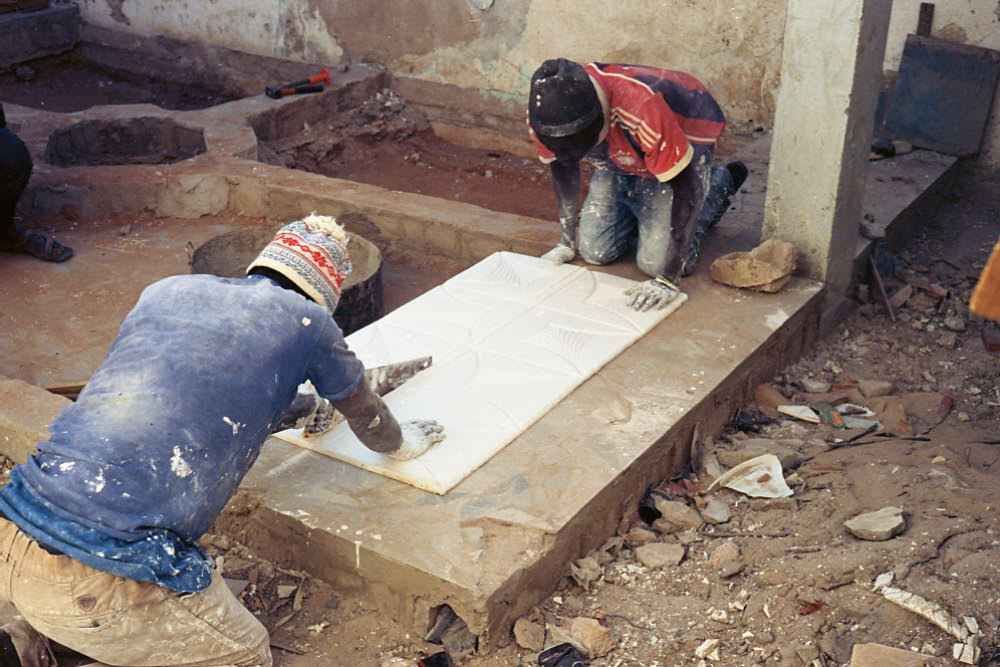 After saving up some money for university from his work as a chef, Dick began to study anthropology. His doctoral research on fatherhood in Senegal placed him in the country for a few years, where he took several photographs as part of his work. Through his ethnographic photography, we receive glimpses of the everyday lives of men – namely fathers, in Senegal. Whether it’s working a job in construction, friends chatting during a child’s ngente (naming ceremony), or slaughtering and preparing a goat for a feast, the trials and tribulations of every day people come to life in Dick’s photographs.

The thrill and magic of photography is embodied in the ability to consistently immortalise a moment in time. Through the capturing of an image, we can revisit and reimagine numerous possibilities. In anthropology, we study the ever-changing human condition in accordance with many different circumstances. In combination, photography and anthropology have many likenesses; both are centred on telling stories and exemplifying figments of truth and reality. There is attention to change and transformations, liken to the transition from film negatives to completed photos or from fresh ingredients into a mouthwatering meal. Whether it is in life, anthropology, food, or even film photography, there are always unique interconnections which open our minds and allow us to become attuned to potential novel solutions. Sometimes it is only through the most unusual and unplanned of circumstances, that we can create something new and exciting from something familiar. Perhaps when you encounter your next problem in life, it wouldn’t hurt to “just use a sous vide!” 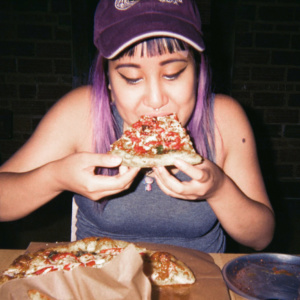