Under the Same Sun 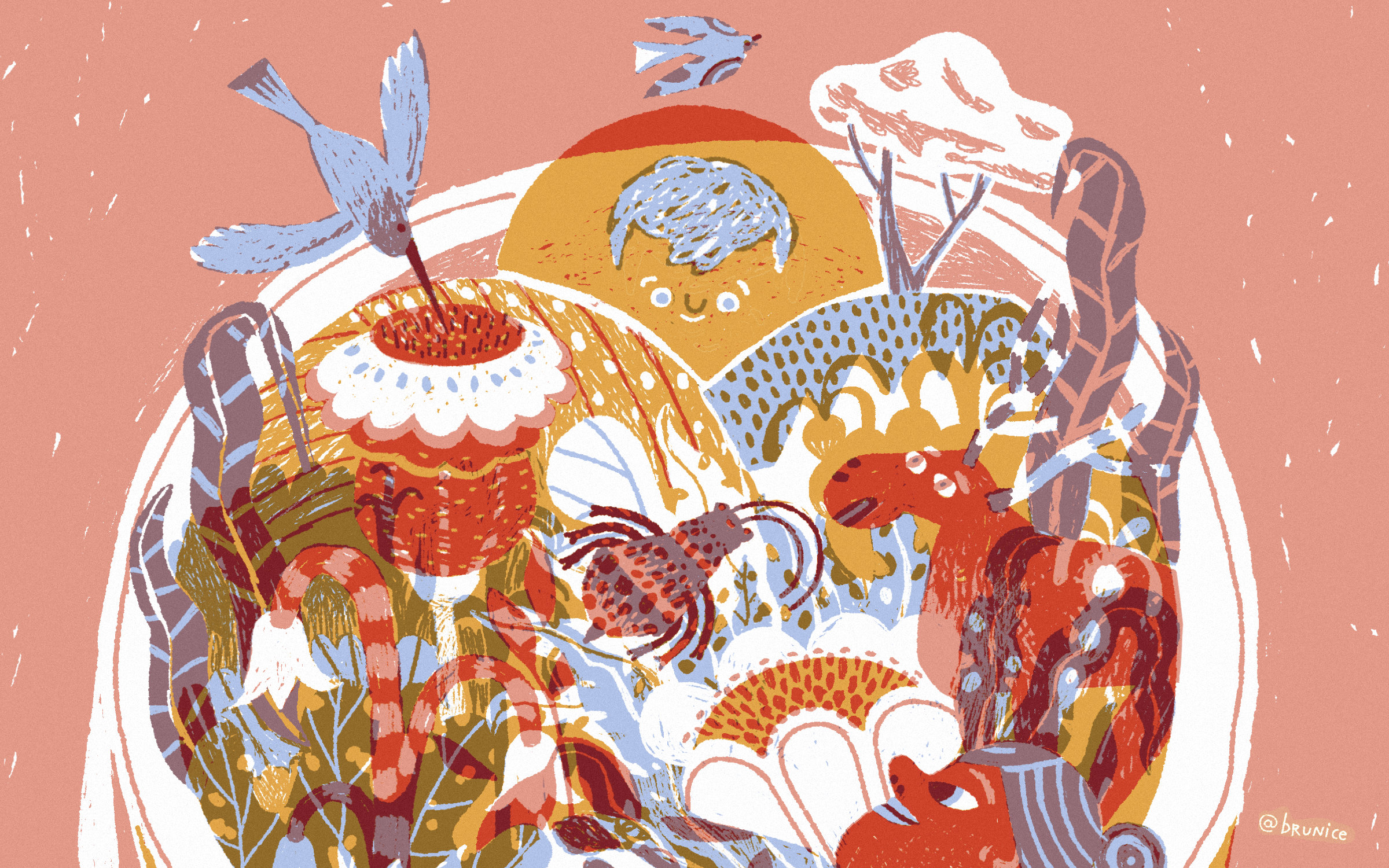 The sun shines through my window, the warm and fruity aromas of freshly ground coffee – from a community in Chiapas, Mexico – set the ambience for a perfect morning. At the centre of the table, three jars full of honey – foggy forest from Oaxaca, lavender from the south of France, and heather from the Scottish Highlands – are waiting to show their personality, to be spread on a sourdough toast and mixed with homemade granola.

I grew up as a breakfast person in Mexico City, with honey from my grandmother’s town and fresh fruits from the market always on the table. In a way, diversity was so embedded in my family’s foodways that it took me a very long time to realise how privileged I was and how little I questioned the contents of my plate. Six years ago, I was unaware of how a jar full of honey captures time, space, biodiversity; of the value each spoonful has: nature’s alchemy between blooms, bees, and love from the one who keeps them.

Up until 2015, my pantry would only have one jar of lovely honey with citrus and floral aromas from Veracruz. Nowadays, honeys from different ecosystems of the world are squeezed into my cupboard, displayed with my cookbooks, inside special boxes and even in my mom’s basement. I tend to have an everyday honey, from a local producer – wherever ‘local’ may be at the moment –, and some other kinds to pair with breakfast, meals, and snacks; from the savoury black avocado honey from Michoacan, Mexico, to a subtle and sweet honey from Gotland, Sweden, and the bitter strawberry tree honey from Sardinia, Italy, each one stands out and tells its own story, both from a gustatory and ecological perspective. 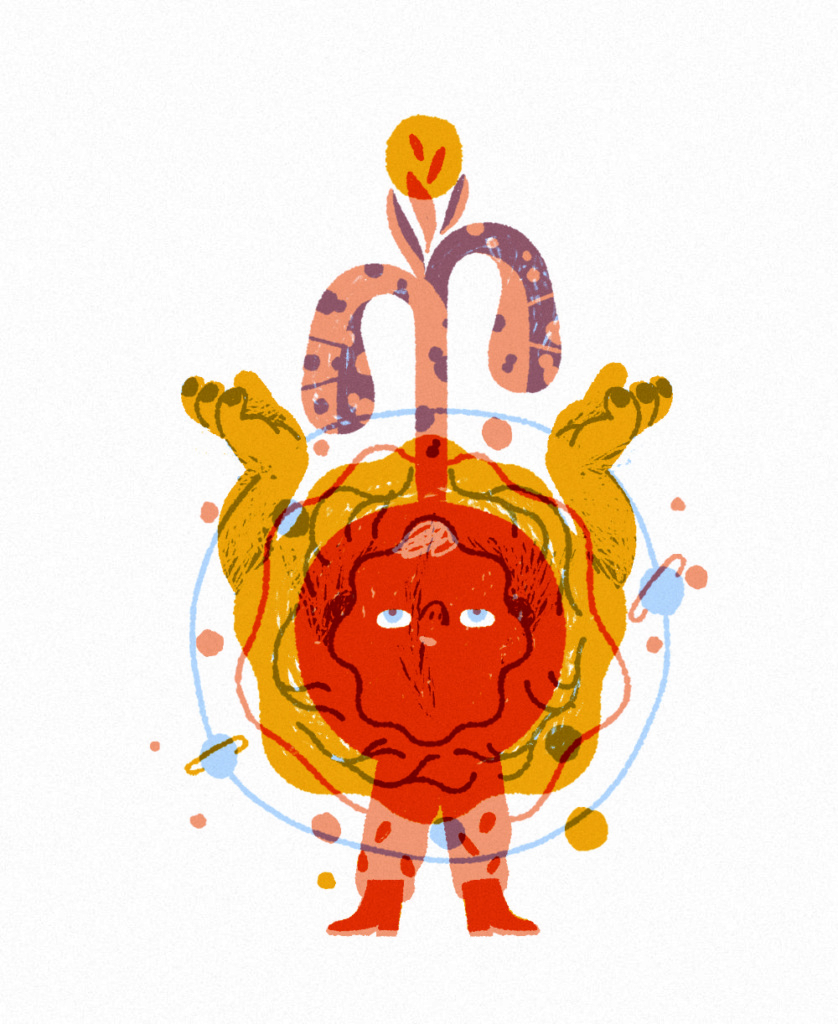 Honey was my entry ticket to the world of food – but also to nature, bees, communities, biodiversity and gardening, as I started to become aware of the interconnections that link all of them. By shifting my attention towards the power of food, I slowly realised the infinite sources of co-knowledge and co-evolution every food holds in its seed, as well as the importance of appreciation for the single and the whole. In this sense, Carlo Petrini’s life vision has been an inspiration for many around the world – myself included – to stay curious whilst trying to understand the complexity of food, the cultural, ecological and emotional aspects our daily choices have and the ways in which they impact the world on a local and global scale.

“It is the energy of the sun, working together with rain and wind, that transforms a seed into a plant, that brings the flowers into bloom to attract pollinators, to be transformed into fruits or seeds.”

Gardening, saving seeds, appreciating how plants grow, observing how pollinators interact with the flowers, how worms transform the soil, how the same sun impacts each life differently has profoundly changed my perception of my continuous quest to inhabit the common world. No system remains stable unless the forces acting on it are equal in magnitude and opposite in direction. Energy transforms; the many interactions that happen with every breath of the earth become an infinite recycling system of atoms, allowing beings to be adaptable to change, resilient.

It is the energy of the sun, working together with rain and wind, that transforms a seed into a plant, that brings the flowers into bloom to attract pollinators, to be transformed into fruits or seeds. It’s the sun’s movement that bees use as a reference point to scout and communicate with their colonies, to forage nectar and pollen (von Frisch, 1967). Bees couldn’t make their unique honey without the sun shining and the rain falling (Ellis, 2004). And we wouldn’t be able to enjoy their sweet alchemy if beekeepers weren’t putting their work and energy to keep their bees nourished with a diverse floral diet. This becomes especially apparent when we realise that a single jar of honey can contain around 200 different pollen traces (Pickard, 2014).

Synergies and Communities
For at least 100 million years, bees (not only honey bees) have been coevolving with plants. This symbiotic relationship is responsible for flowers, fruits and seeds. Bees and blooms are connected by the twin necessities of existence, reproduction and food (Ellis, 2004). Some flowers are so entangled to a specific loyal bee species that its reproduction would be almost impossible without the intervention of the insect. A fascinating example is the endangered wild vanilla orchid (Vanilla planifolia), endemic to Papantla, Veracruz, where the beautiful bright metallic blue-green Euglossa bees live (Lubinsky, Van Dam M., Van Dam A., 2006). These tiny pollinators (1.3 cm long) enjoy the sweet nectar of the vanilla orchid, thus allowing the reproduction of around 100 species of vanilla in the evergreen tropical forests of eastern Mexico.

When we think of vanilla, we immediately picture Madagascar, but the orchid was only introduced to the island during the mid 19th Century. The weather allows these flowers to grow, but there is a crucial element missing in this equation: the Euglossa bee. To produce the vanilla pods on the island, pollination had – and still has – to be done by hand. Before the 1850s, vanilla was only produced and exported by the Totonaca people in Mexico. Their understanding and respect for the cycles each vanilla pod holds were vital to preserving the tropical forest. Today the orchid and its loyal bee are endangered.

“Our consumption choices have an impact, and we need to hold ourselves accountable for them.”

Colonialism and imperialism have been playing a significant role in how and what we eat. Nature, after all, barely changes, but our knowledge of it (Ellis, 2004) and our ability – or inability – to see ourselves as part of it does. Over the last 100 years, biodiversity has decreased at an alarming rate: a shift to monocultures to supply the industry has limited people’s choices to the few varieties suitable for this production model, breaking down the natural flow of things. There are now more acres of land exploited for monocrops that rely on fertilisers and pesticides, and ever fewer people working with the seasons, rotating crops, using companion plant knowledge and saving seeds for the following season. 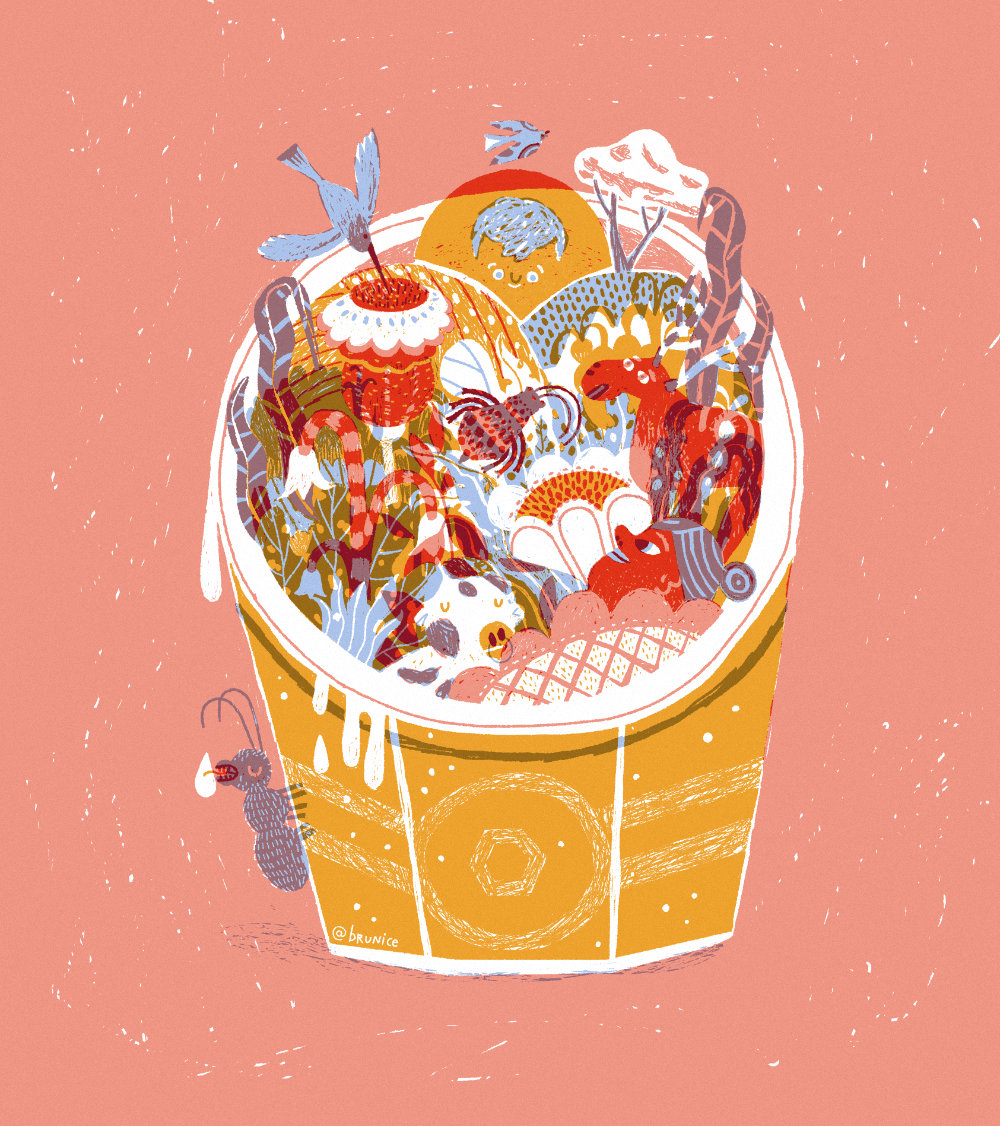 Generally speaking, we have lost our connection to the soil and, therefore, our relationship with what we eat and how we nourish our sense of community. To rethink how we produce, consume, and relate with the planet and with other people, I will borrow Cinzia Scaffidi’s concept of the Economy of Relationships, in opposition to an economy of profit, and apply it to the food system. On the one hand, globalisation has placed food as yet another good in the market, where the only regulation is money, ‘cutting’ our relationship with the system. On the other, agroecology has been a powerful resistance and regenerative system that brings resilience to local communities, respects indigenous wisdom, honors relationships with nature, builds knowledge and preserves cultural traditions with an open mind to innovation.

Our consumption choices have an impact, and we need to hold ourselves accountable for them. Suppose our transactions allow very few to profit and exploit people and resources. In that case, we support a system whose only objective is the market, a system that measures success by the distance between production and sale, thus creating uniformity and anonymity. This trade-agreement market of what we eat has grown into a technical, economical space where the need for free circulation of goods has cancelled the productive vocation of single areas, leading us to ignore the objective differences in quality and cultural identity (Scaffidi).

Whereas, if we were to rebuild a relationship with the system that holds our food and share the responsibility we have with and within our communities, we use our agency to change the world from the bottom up. Being part of an economy of relationships supports a dynamic balance in a community while creating a sense of belonging that is ruled by the natural laws of abundance and gratitude. By sharing this responsibility, we promote diversity, social justice, and culture; we invest in our common world; more importantly, we acknowledge the value of time to improve and enrich our communities.

So, what can we do to invest our energy and intention in our common world? From buying diverse ingredients directly from agroecological communities to getting our hands into the soil and planting seeds in the community garden that can nourish bees and humans alike, this might be the most important question I’ve tried to embrace until now.

Resilience, Seeds, Flowers, and Honey
“Under the sun or under the clouds, mixing with water and wind, their life is an endless cosmic contemplation, one that does not distinguish between objects and substances. […] one that accepts all their nuances to the point of melting with the world, to the point of coinciding with its very substance.

To exist, the plant has to merge with the world, and it cannot do so other than in the form of a seed: the space in which the act of reason coexists with the becoming of matter (Coccia, 2016).”

How can one honour the soil and the sun, the flowers and the bees, the communities and the seeds? Agroecology still has a lot to teach me: to be present and appreciate every ingredient as part of a thriving living system, to celebrate the communities that for centuries have been resilient and wise, saving seeds, those small time capsules that hold life. To be grateful, for my morning sourdough bread and the energy of the hands that kneaded it, for the farmers preserving their local grains and for the time each plant took to grow, for the sun drying those grains to be transformed into flour; for the powerful coffee planted and harvested by a resistance and resilient community in Chiapas, and for the honeys, for the beekeepers, for the flowers, for the bees, for the sun.

[2] Coccia, Emanuele. 2016. The Life of Plants: A Metaphysics of Mixture. Polity 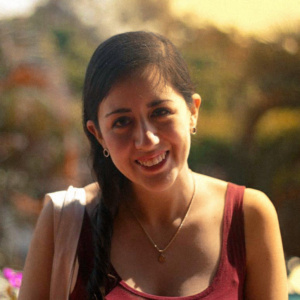 Designer, gastronome, honey enthusiast and founder of A de abeja, a small scale honey project promoting bees and beekeepers’ own ability to thrive by creatively increasing local consumption of honey, she spent an inspiring year in Italy studying Gastronomy