The Taste of Katei

The Taste of Home 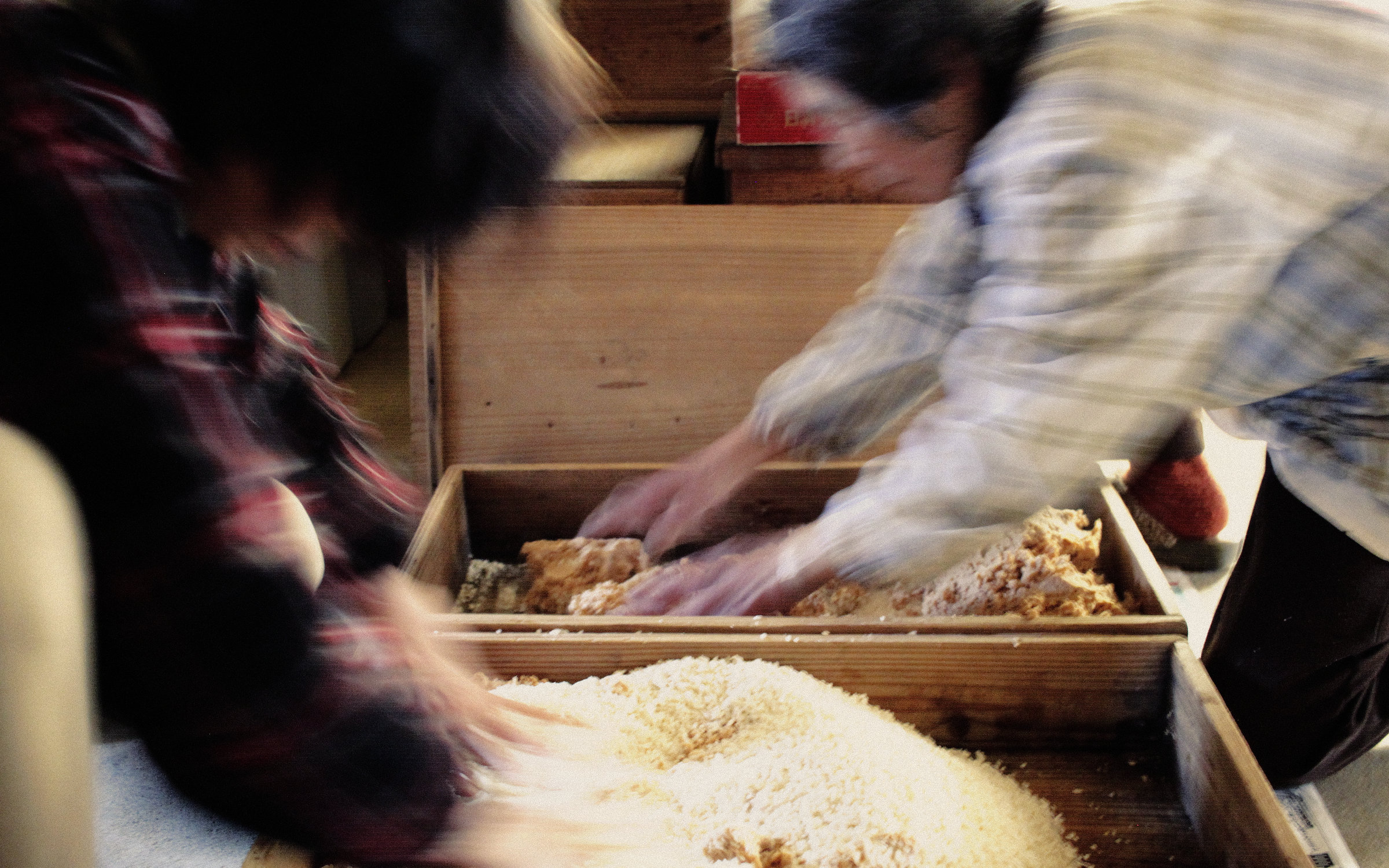 The recorded music coming out of the city speakers indicates that six in the afternoon has arrived and that yet another working day was over. It is a pleasant melody. After removing my gloves, the suit and the work boots, I enter the kitchen of the house, where the strong scent of miso soup invades my nostrils, filling my lungs, enveloping me completely. It is a good smell, a little nutty, a little umami, like that of grandma’s bean soup. I smile, I know I’m fine. Where I live, in the countryside not far from Verona, cherry trees surround every field, so that during springtime the hills seem like soft white clouds. This year, so far away from home, spring welcomes me into a sweet and delicate embrace even abroad, almost as if it knows who I am and where I came from.

I’m in a small village called Kamogo, not far from Kainan in the Wakayama prefecture of central Japan, in the house of Mr and Ms I. and his mother, Obaachan, which means grandma, who own a small family-run business. It is a small reality, producing organic citrus fruits that are mainly sold fresh, for direct consumption. Mikan, Amanatsu, Kiyomi, the main Japanese varieties of oranges and mandarines at the farm, are all grown in an organic way and in respect of nature, so much so that their cultivation should be defined with a term that goes beyond biological, beyond biodynamic. A method that is one hundred per cent natural. In fact, Mr and Ms I. do not use any chemical or organic agent as a pesticide or herbicide, every action in the fields and in the storage shed is carried out by hand and, without the use of fertilizers or other methods to incentive the growth,  nature’s timing is respected. 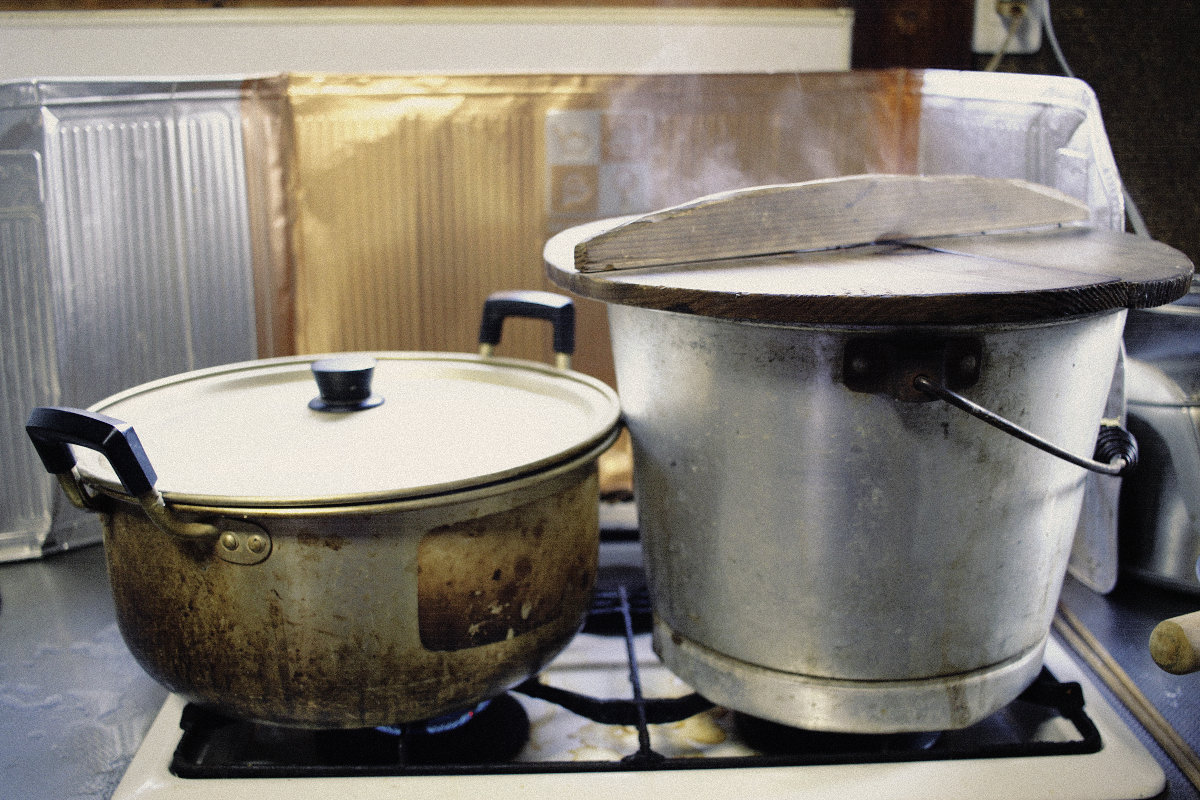 This philosophy does not stop at their citrus cultivation but touches every aspect of these people’s lives. Chatting with them, I realize that manual work is not enough to make a product good and natural. It is also the love that is placed behind that work, combined with ancient rural knowledge, that makes the obtained product excellent. In addition to citrus fruits, the cultivation of the small vegetable garden is also carried out with the same care and attention. Obaachan, a smiling old woman of eighty-five years, wakes up every morning at sunrise and immediately goes into the vegetable garden. She spends most of her day taking care of it. This is also where she grows the soybeans she uses for the preparation of miso paste. 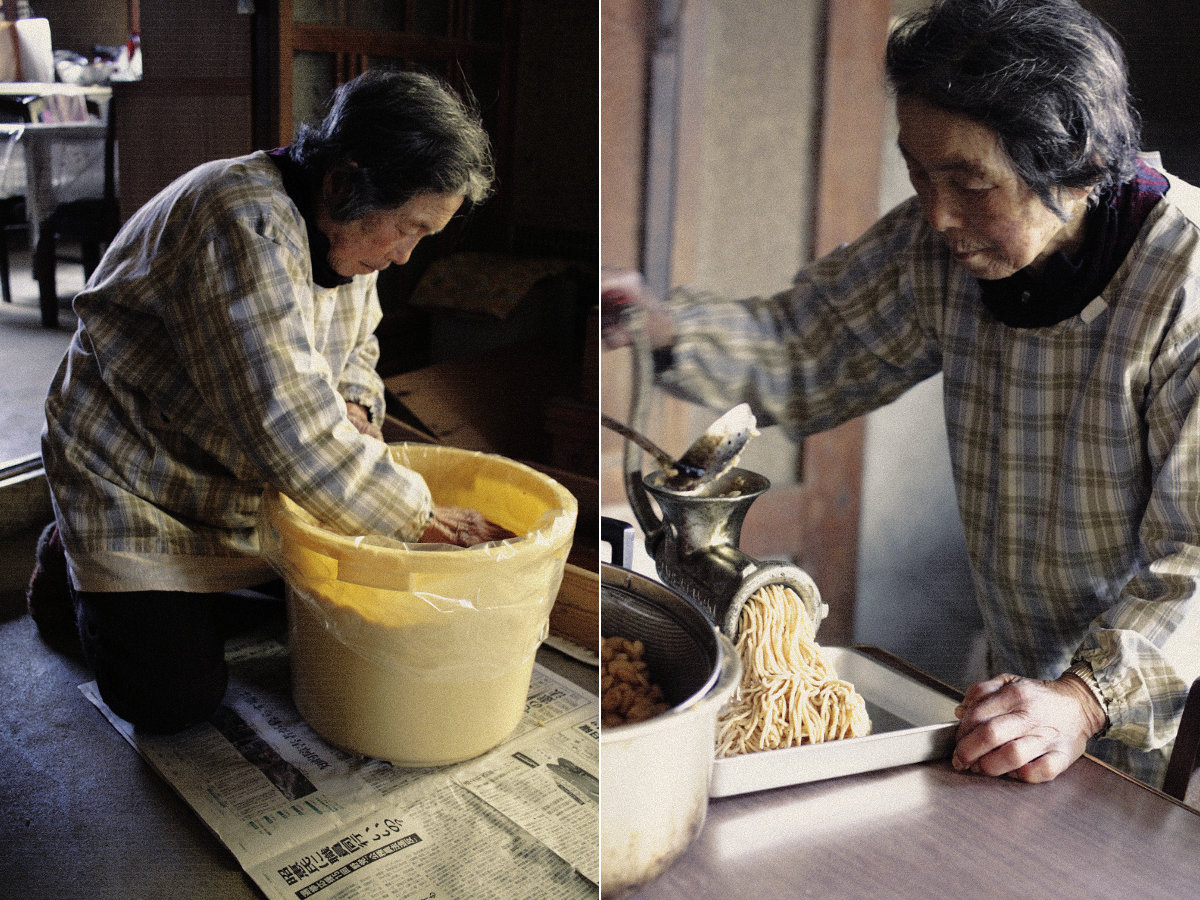 Miso paste, or soybean paste, is a key ingredient in Japanese culinary culture. It is a condiment obtained from the fermentation of soy that has the taste of umami, the sixth flavour that we can find when eating a piece of Parmigiano Reggiano or in a forkful of Porcini mushrooms, cooked with a  little bit of extra virgin olive oil, garlic and parsley to make them more savoury. Probably originated in Buddhist monasteries, the miso paste is now used in the preparation of soups and other foods,  like with fish to take off its stinky smell.

Being one of the fundamental foods of the Japanese diet, it is never missing from any home. It is usually bought ready-made, but in many rural families, where tradition persists, miso is still prepared by hand. Each miso paste is different from the next due to the different use and dosage of the ingredients, in addition to the duration of its fermentation. But each is different also for the human hand that creates it, which works it, which allows the fermentation to begin. 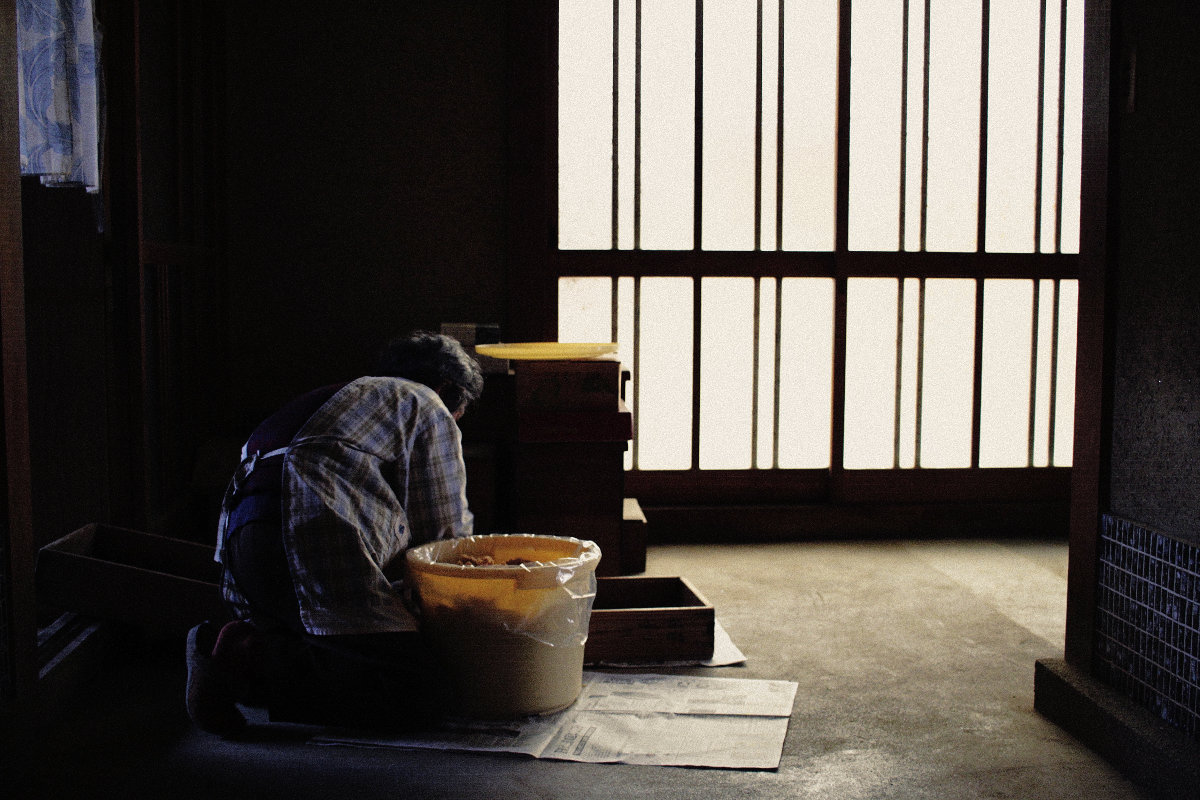 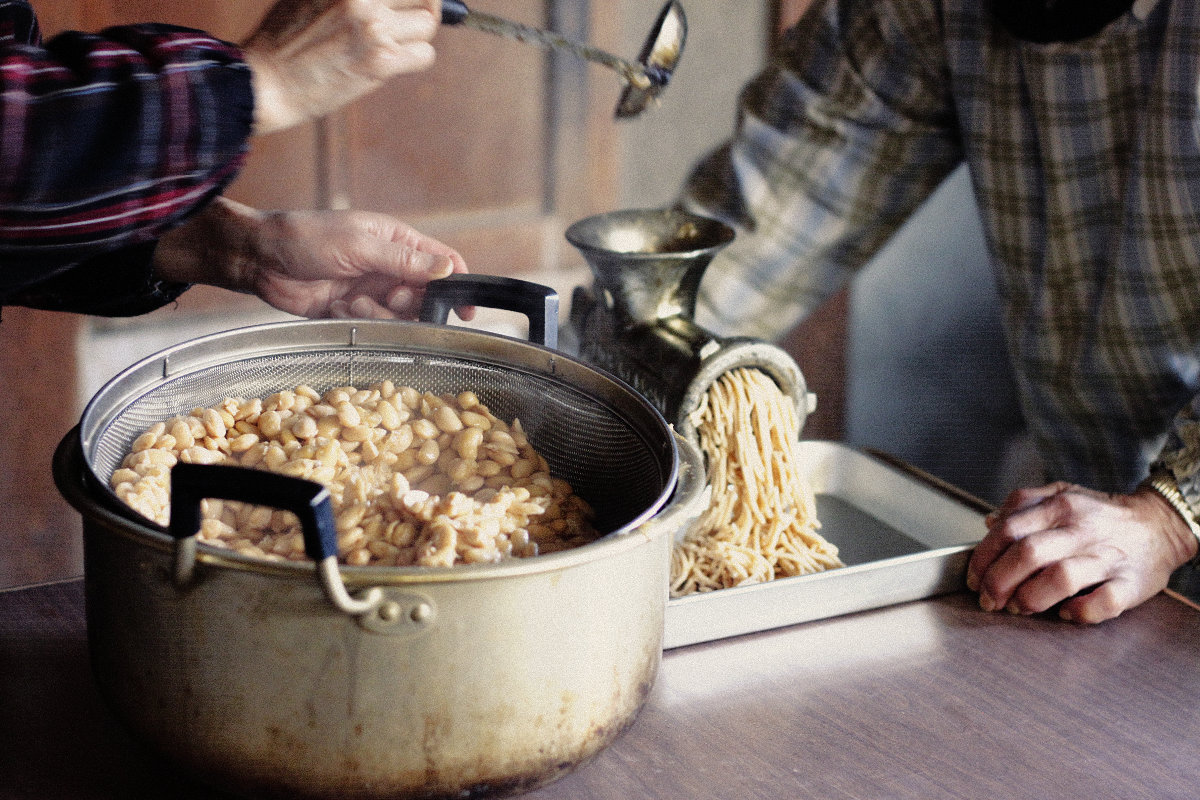 The miso, prepared by Obaachan is the soy-miso type. The recipe she uses is that of her grandmother, which has been handed down in the family for a long time. Even the old pots, where she put her beans to boil covered with the traditional otoshibuta, a wooden lid that puffs thick steam, were handed down from generation to generation. The generational use of the tools is seen, above all, in the old chopper, a bargain that is attached to the table and is operated by hand. By turning a slightly rusty crank the mechanisms are set into motion and reduce the cooked beans to a pulp. Obaachan is like that chopper, trudging a little in her work to which she has been devoted all her life.

The dough is then mixed with koji, a starter mould mixed with cooked rice, that will do the fermentation. As we are used from sourdough, koji also has a history of determining the flavours and aromas of miso during the fermentation process. It is imbued with those good bacteria that live in the old wooden house of the I. family, that smells of pine, like a mountain hut where you stop to drink a cup of spicy punch after a day of skiing or walking; of the coastal environment of Kainan, where the spring wind is sweet and smells of honey, cherry blossom pollen; of the marine air of the nearby ocean, where the fishermen land on the coast with a load of fish every morning and put the algae to dry. All of it finds its natural state in the cup of that strengthening miso broth. All these elements create the miso of Obaachan. Intense, sweet, savoury, fishy. It is amazing how pungent it is to consume straight, but how subtle it becomes when added to something else, like the soup, where it is transformed into the rich, warm flavour and feeling of eating fresh bread. It represents rural life, the life of a Japan that is being lost among the concrete walls of the great metropolis. It’s the taste of home, katei. 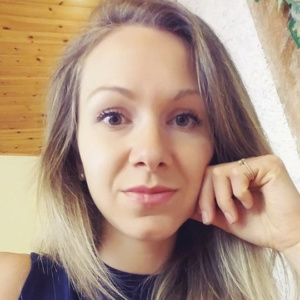 She graduated from the Master of Creativity, Ecology and Education at the University of Gastronomic Sciences. Passionate about food since she was little, she grew up learning to love cooking from her mom and grandma. This passion matches perfectly with her other hobbies of photography and exploring the world of food. Micaela also believes in food as the best way to make a charge to our health and wellbeing.