From the Trail to the Shelf 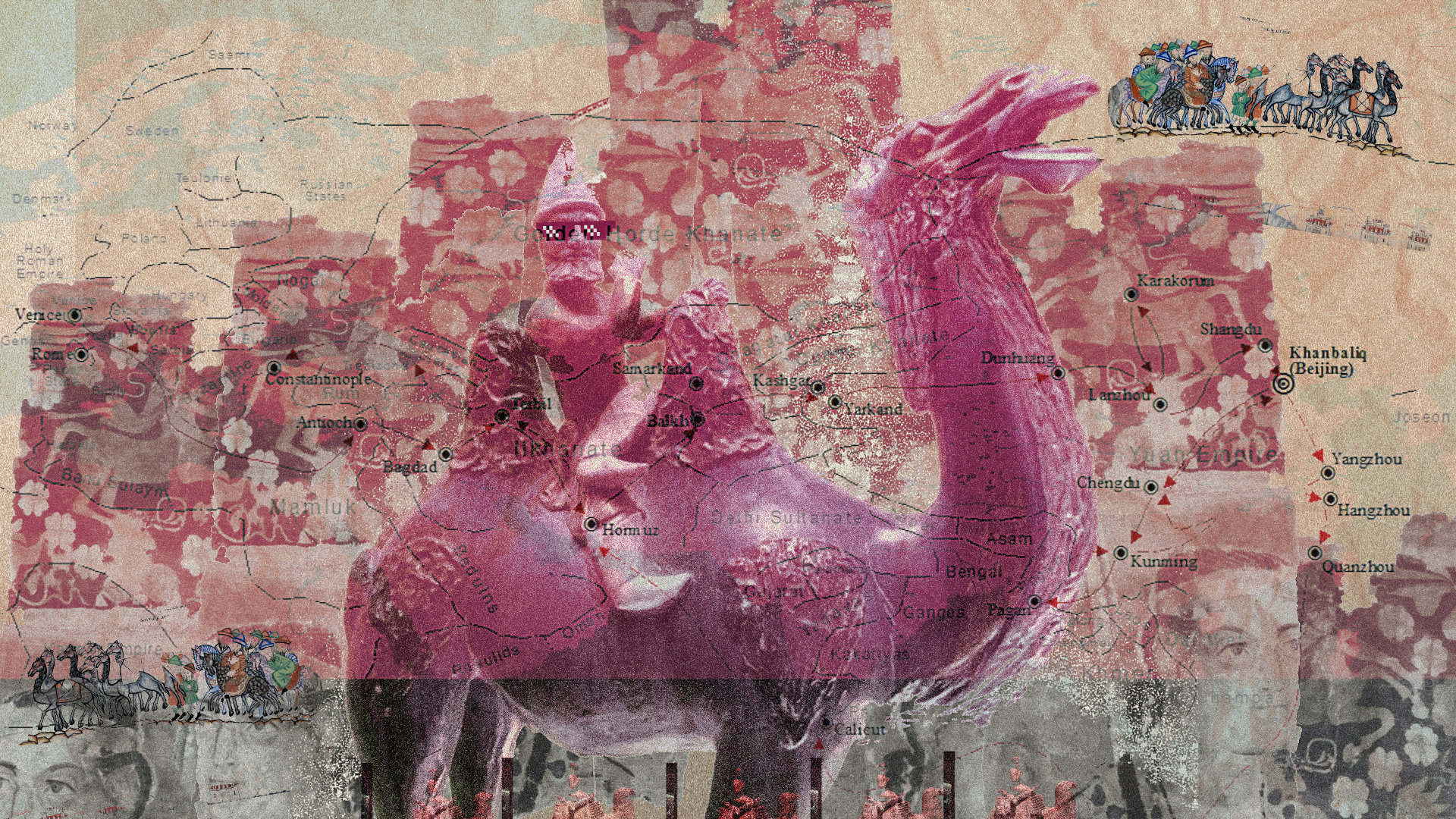 This is a story about our food – the food that is ever-present as staples in different cultures across society – and how it has found its way into our supermarket shelves.

The present-day supermarket is filled with different forms of processed and packaged food, arranged in an enticing and exciting way to lure customers into making ill-informed buying decisions. Our food choices are almost always limited due to the food industry’s saturation of certain omnipresent ingredients such as rice, potatoes, wheat, and maize. And yet, in spite of this – or maybe, because of it – it is astonishingly easy to buy these staples from wherever we may be around the globe. Given our planet’s diverse agricultural geography, this has not always been a given but represents convenience, comfort and privilege, which are the general parameters on which our society measures progress today.

Nowadays, aside from the staples, you can also find many distinct products from faraway places on the supermarket shelves, such as cinnamon from Sri Lanka or spices from the Eastern parts of the world. And, thanks to modern agriculture, foodstuffs that have previously been considered foreign can now be grown in non-native lands, which does not only affect the politics of agriculture and food trade but also aids the development of migrant cuisines. The term ‘glocalization’, which was first coined in the 1980s by the Harvard Business Review, provides an accurate description of the current food scenario that has caused a certain disconnect between us and the origins of our food.

Humans have been food-gatherers, foragers, hunters, agriculturalists, invaders, and traders in the cycle of co-evolution with the diversity of life on this planet since the beginning of time, always with the aim of spreading their seed to new lands. In recent centuries, humans have domesticated themselves from agricultural eaters to industrial eaters. But where do the origins of our globalized food lie?

The practice of agriculture and domestication is said to have spread out of the East, mainly from Central Asia. But that still does not explain how our food systems are so deeply connected to one another. Instead, the word ‘exchange’ – that is, the exchange that occurred on a network of routes and trails in Central Eurasia for many centuries – does an excellent job of doing just that. From the wine we drink to all kinds of exquisitely sweet fruit, exotic spices and staples like rice, all of them seem to have been domesticated and spread to the world via these routes of exchange.

The protagonists of exchange were the nomads of the Silk Road, a collection of routes spanning from the Eastern parts of China to Western Europe in a complicated and complex trade system. The origins of this network lay somewhere in the Arab world when the first travels towards China made routes a necessity. Trade posts like Samarkand, Almaty and Merv were the centres of exchange and, thus, the origins of our diverse food, as human instinct demanded a declaration of value to property, knowledge and ideas which had already been happening across the world on a smaller and more local scale. The nomads of the Silk Road would take up strenuous journeys, often passing through untrodden lands and high-altitude mountain passes to reach the bazaars and exchange their goods. The same was true for scholars, explorers, pilgrims, migrants, and gypsies who travelled in groups and exchanged food as well as ideas.

These paths were being walked upon as early as 2000 BC by the Xia (ca. 2000–1600 BC) and Shang (ca. 1600–1046 BC) dynasties of China as well as people from the Median (728–549 BC) and Achaemenid (550–330 BC) Empires. Around 2200 BC, at a small settlement in the Dzungar Mountains of northern Kazakhstan – the site was named Begash by archaeologists in the early 2000s -, a family of farmers and herders ate bread made from grains that likely grew in a nearby field, broomcorn millet, a crop that was domesticated several millennia earlier in north-eastern China, and wheat, a crop originating in the Fertile Crescent of southwest Asia. But this exchange did not lead to the globalization of our food until the fifteenth century, when European sailors set out into unknown waters, looking for black pepper, mace, and nutmeg. This is when all these routes of the Silk Road actually became trafficked as merchants around the world stumbled upon the concept of global trade.

Along the streets of Silk Road markets were stalls of great caravaners laden with exotic fruit, spices, and fabrics from unknown worlds. Flourishing empires close by would often have drinking parties in their palaces, with wine imported from the western regions of central Asia and exotic performers, along with waitresses to serve the wine. The resulting bazaars represented the beginning of world trade, where Arab traders introduced spices to the European market for the first time and created a craving that would soon trigger a long line of conquests and explorations for new lands.

These bazaars were labyrinths of narrow streets, lined on either side with the booths of the traders and artisans, in which dealers arranged the commodities they had for sale, sitting behind their goods cross-legged and usually smoking a kalioun.  A visual description of the bazaars comes from the travelogue of Edmund O’Donovan (1844-83), an Irish war correspondent who made his way into modern Turkmenistan through northern Iran. O’Donovan travelled with caravaners for a significant length of time and described towns like Merv (Mery) as a haven near the ruins of the most important Silk Road city. The town was surrounded by orchards and vineyards, watered by irrigation systems that extended for many kilometres. Throughout the year, the bazaar was plentifully supplied with fruits, all of which of exquisite flavour. In fact, Merv was described as having been celebrated for its fruit in particular. Its melons were occasionally exported to Persia, where people of rank would send them to each other as presents. Aside from delicious fruit, he also saw an array of exotic and local products of all kinds: textiles, such as cotton and silk, Russian olives, sun-dried cheese, mutton, beef, camel and – at times – antelope meat. Some vendors also sold wooden spoons, clothing, overcoats, hats, knives and dried fish. A walk through similar market bazaars in Almaty, Ashgabat, Bishkek, Bukhara, Kashgar, Tashkent, or Urumqi would inevitably lead to the tables of the spice vendors and past the butchers with their aged, salted, and cured goat flanks, sausages, organs, and the tables of fermented dairy products, such as kumiss and gurt.

“It was natural to share food – to break bread together as companions. That’s how the ideas spread along the Silk Road. – Washington Post”

With their gastronomic expertise, nomads often enjoyed much more elaborate diets than their more sedentary urban counterparts, as the exchange exposed travellers to new food products and built diversity among foodstuffs itself. Apples from Samarkand, originally a single wild variety, for example, underwent a process of domestication before reaching the new world. But, beyond these alimentary wonders, the bazaars of the Silk Road were places of interaction, social exchange and commerce.

With the travellers came their culinary knowledge – different recipes from various parts of the world and dishes from many cultures. All these recipes and practices eventually reached further lands, contributing to the development of agriculture and gastronomy. This allowed, for example, the formation of Arabic and Turkish cuisines to gradually take root over centuries of visits to bazaars in numerous cities across their respective worlds. It also explains why certain cultures across the world share similar cooking techniques with almost identical ingredients.

The same happens in modern supermarkets today. Products from half-way across the world somehow find their way into a store near us. The primary difference being that there is not much human touch left with the food that we consume and that it all comes from factories, wrapped up in layers of plastic and inert gases rather than big layers of fat or salt. Our ability to find a packet of chips in every convenience store across the globe is a perfect example for this development.

Exchange of knowledge has always been a part of human cultures, but the scale of trade on the Silk Road was so extensive that it eventually led to a cultural amalgamation that can be seen as the root of the globalized network we call our food system today. It is because of this exchange that rice, first inadvertently genetically altered by humans somewhere in the Lower Yangtze valley in China, finds its way on my plate as a fancy risotto in Italy 6000 years later.

Weinraub. Judith. The Flavor of the Silk Road. 2002. The Washington Post. 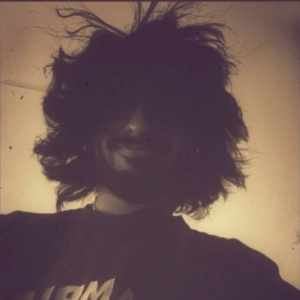 Native to the north-western Mountain ranges of the Indian Himalayas, he has an unsatiated craving for literature on food and its cultural impact through the ages. He is a believer in co-evolutionary practices in support of sustainable food systems. After training as a cook, he now studies the world of food through different lenses.