The Art of Traveling 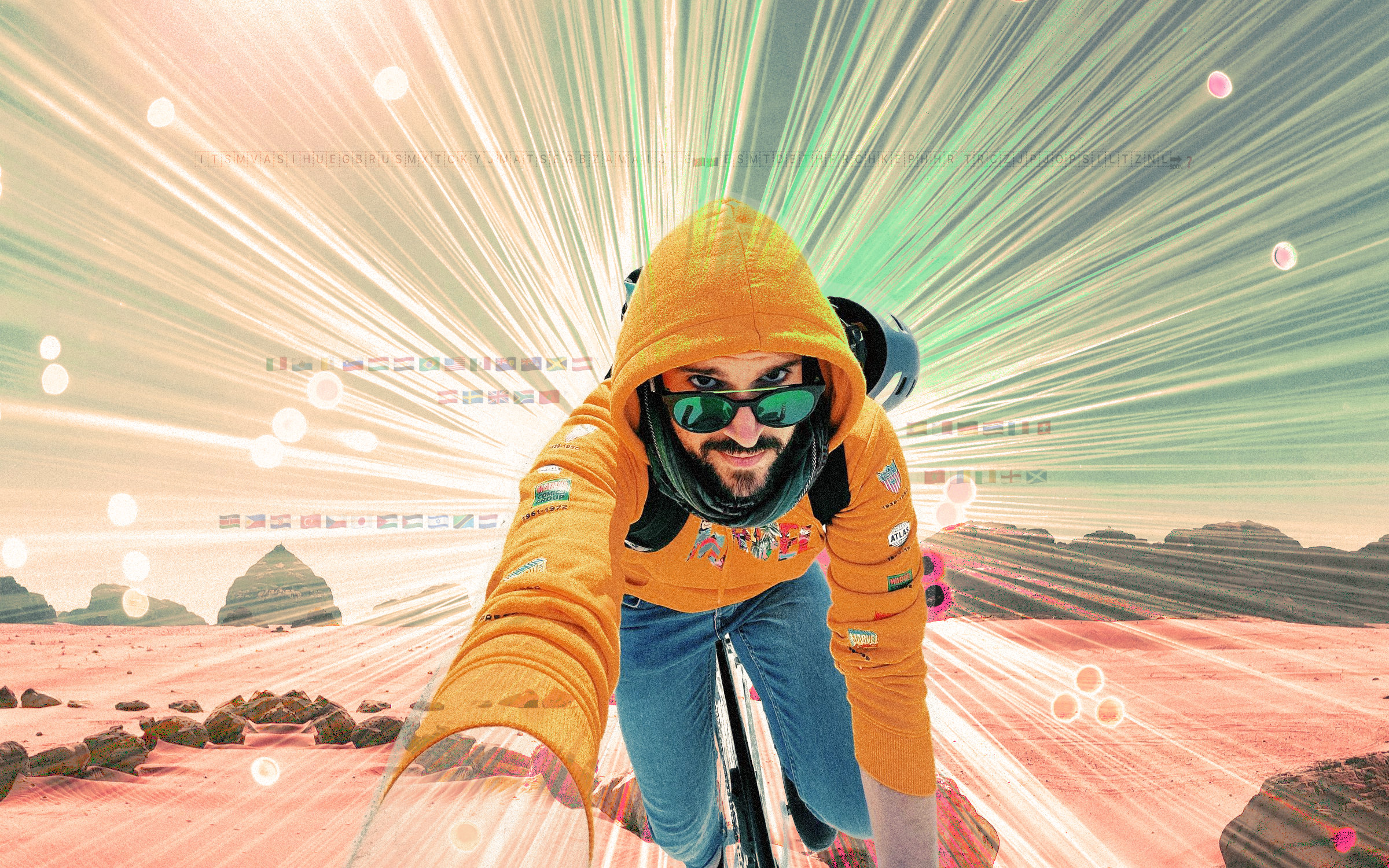 I’ve always been used to living with a suitcase. From the time I was a child, I had a dynamic lifestyle: We used to move house every six months, so the home would be where I went to sleep at night. This has given me the reflexes and the right spirit to adapt to living a nomadic life. Nomadic, not in the sense of transhumance but as a lifestyle, a travel mind, a researcher in need of experiences. Living a holiday “full board village”-style is much easier than looking for information to try and experience a place as a local does.

My travel experiences start with planning, researching, and studying the destination. Books travel blogs, and maps are the basis of the organization phase. Tech and Apps help this stage as well. For example, you can create a personalized map within Google Maps, adding the places you are interested in thanks to visits, recommendations, and online searches. That way, when I have chosen the destination, I start to create an itinerary, looking at my “Places to Visit” map. Then, I look for the location – et voilà – the suggestions are ready to be used.

Travelling pushes the boundaries of the comfort zone; it forces you to question yourself and makes you vulnerable, in the pure way that can be observed in the joy of a child or in listening to an exciting song for the first time. Staying in this state leads to an open mind, a propensity for knowing people, and a curiosity that allows you to discover unexpected and unimaginable elements. When you leave your comfort zone, you don’t have the situation under control: anything could happen; you have to try to transform the inconveniences or apparent disasters into opportunities that will create memorable memories.

During the third year of my undergraduate degree, we left for Morocco, the last Extra Europe study trip of my academic path as a student. We landed in Casablanca, then went on to Rabat and Ouezzane. We were welcomed by the cooperation of salt producers in the area and spent the whole day with them, discovering the uses and methods of salt extraction. In the evening, we were guests of the community that offered us a Moroccan living room. The Moroccan living room is a room with sofas arranged on all sides. The floor was covered with rugs, and it is customary to remove your shoes and enter the room barefoot. There was a small table in the center of the room where teapots and cups were arranged for the ever-present mint tea: a ritual of Moroccan hospitality based on taste, warmth, timing, and gestures. Here, the tea preparation is just as necessary as the technique used to pour it. For example, the foam produced during pouring must always be present inside each cup. The transparent cup containing the bright yellow tea symbolizes the gold of wealth and the sun; the silvery foam, in turn, represents the stars and the firmament. The location was spectacular, and the situation was so suggestive that we did not realize that the only bathroom available in the accommodation was unusable due to a plumbing issue. The next day, after spending the day between Ouezzane and Chefchouen, we decided to approach the next study trip destination by sleeping in a “Riad,” a typical Moroccan accommodation. At this point, we developed the idea that sometimes taking a shower can be a very complex ritual. A pot of boiling water was prepared for us as only cold water came out of the shower. We were provided with a saucepan to mix the two liquids of different temperatures and then pour them over us to be able to wash. The temperature was not always perfect, but over time we all refined the practice and were able to clean ourselves properly… with way less water than using a classic shower.

A few years passed before the next journey took place: We were in the rural area of the Nakuru province in Kenya. The quiet, sunny day was spent visiting seed savers and gardens – a walk through agricultural productions field that could arouse few emotions in an urban reality but, instead, amazed outside Nakuru. The farmers explained their productions to us, full of pride in their results, sharing the difficulties they encountered every day and the passion that led them to continue to believe in their life projects. They accompanied us to different gardens, and the visit became a walk, a climb to a spot with a fantastic view and a panorama of the whole area. We descended the mountain and returned to our Safari van, ready to head towards our accommodation. It had rained the previous evening, the roads were bumpy and muddy, and the Safari van at the head of the caravan got bogged down in a puddle. The first attempt to get out of the situation failed miserably; the second only blocked the wheel further. We went down and started trying to figure out how to push to unlock the vehicle. We let the van passengers out of the window because the door was blocked, and, altogether, we forced ourselves into the van. The wheels scattered mud on anyone near the car, and the sun began to set – a quick and unexpected sunset. I don’t know if it was due to the proximity to the equator, the location, or the mountains that surrounded us, but I know that it was the fastest sunset of my life. It went from a low, romantic sun to pitch black in a matter of minutes while the group was busy pushing the Safari van to return to our accommodation. In the meantime, some inhabitants of the nearby villages had joined us from the sides of the road, attracted by the noise, looking at us amused. Time flew by – we didn’t know exactly how long it took us, but we finally managed to free the Safari van. The whole group cheered, happy and exhausted at the same time. We heard the villagers cheer with us. And charged with this positive energy, we boarded our Safari van to return to the Lodge with an unforgettable memory.

From the African continent, we passed to Asia. This time we were in the Ubon-Ratchathani area. The region is located in the northeast of Thailand on the border with Laos, and we were guests in a fishing village that lies on the banks of the Mekong River. The town consists of some houses, a school, a small shop, and a bar. The inhabitants live between the Thai and the Laotian shore, a life straddling the Mekong River. The river is the primary source of income and livelihood, allowing them to fish and forage on the sandy banks, the fertile parts of the area, where they also manage to do some agriculture. We spent three nights in the village, sharing houses with the inhabitants and living in the community. 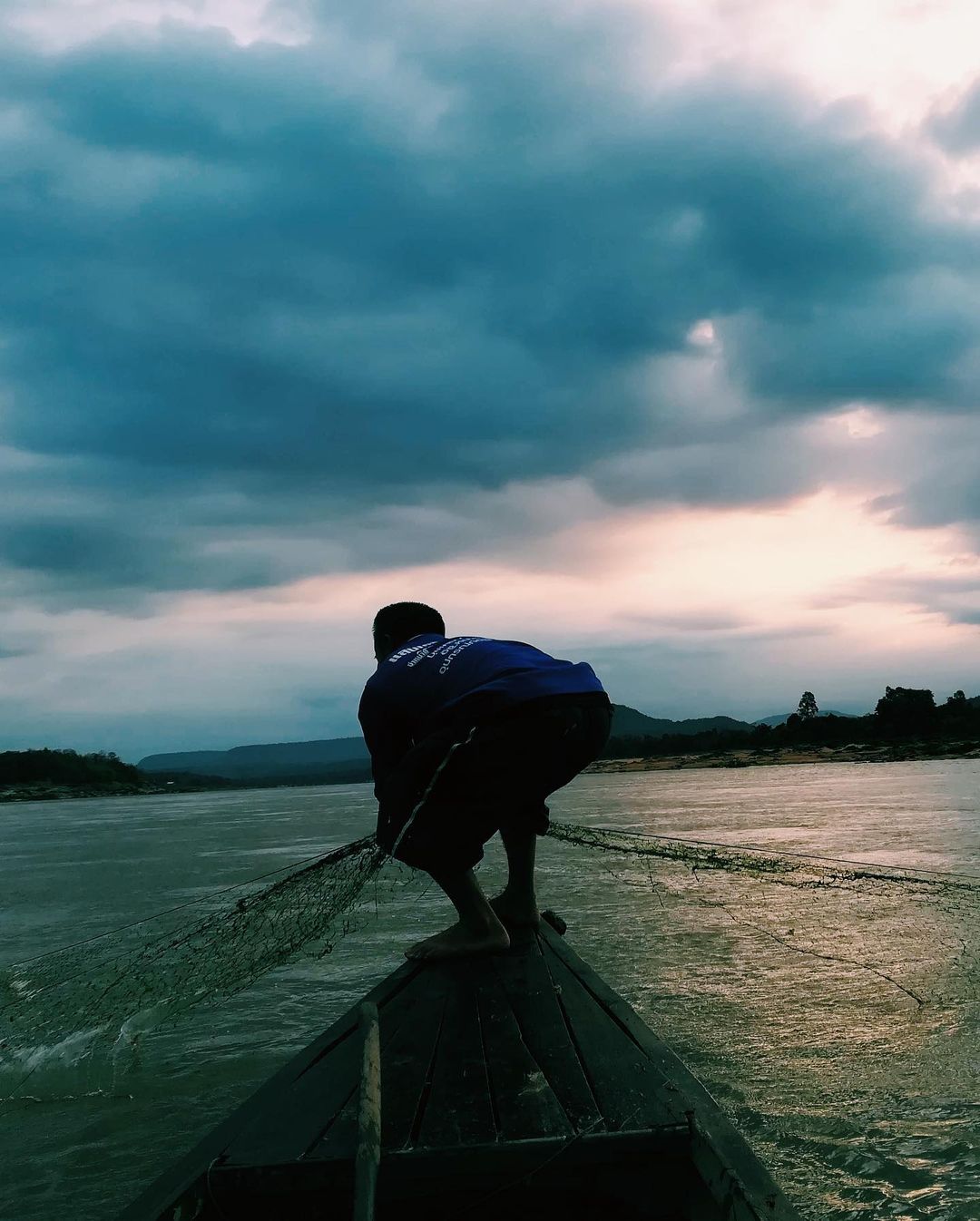 We were welcomed and participated in their celebrations and rituals. We shared traditions by cooking them a reinterpretation of “Cavatelli with Aubergines and Pecorino Cheese.” We brought some raw materials from Italy while we bought others locally and soon found out from the village’s children that cheese, especially raw pecorino cheese, tasted terrible to them. They called it “rotten milk” because they were not used to the taste. But when they tasted it on pasta, as part of the sauce, they licked their chops, clamoring for more. On that night of sharing and community, we started dancing and talking with the inhabitants, even if no one spoke the language of the other. Still, food, good vibes, smiles, and hugs created an experiential language understandable to all. We had two bathrooms available for the whole group, which became one on the second day due to technical problems. We fished on the Mekong River aboard the boats of the village fishermen and dedicated ourselves to the traditional dances performed by the village’s young people. None of the group had a choreography ready for this event … and so, panicking, we decided that only the “Ballo del Qua Qua” could save us. Evening fell early, and village activities ceased in the early evening. Only the lights in the common area remained on, and the lack of internet forced us to spend time together. Board and card games went crazy, from the most classic to “Lupus in Tabula,” creating connections, knowledge, and relationships. In the morning, the alarm rang early so we could make the most of the day’s sunshine hours. We got up in the dark, drank instant coffee, and our day began at dawn. We met a bamboo leaf basket craftsman who was also a Jackfruit picker and went into the hilly areas searching for food for lunch and discovered that the flora was scarce due to the drought and that the fauna had been almost completely eradicated. Due to the famine, the previous generations had made the local fauna extinct, not allowing them to reproduce until only insects remained resilient. And so, we found out about methods of catching cockroaches and ants and had lunch with herbs, ants soup, and beetle larvae. Hunger, curiosity, and challenge were the feelings that grew alternatingly within the group. But that’s also part of the experience. I remember being hesitant about tasting maggots due to the size and textures. The village chief passed me the dish, inviting me to taste it, and not wanting to disappoint the people who hosted us, I decided to try it. An explosion of flavor and texture erupted in my mouth – an unforgettable and indescribable experience, I can assure you!

Staying receptive during all these experiences was necessary to grasp all the different nuances of the places and the realities we were encountering. Details, situations, places, people, and moments created memories and possibilities. Sometimes you have to immerse yourself entirely without overthinking it. And a fundamental part of the experience is the conclusion of the journey, the return. Because returning to one’s daily life allows us to analyze the expertise just lived as a whole, to draw conclusions, and, at the same time, trigger the need to get involved again. And so, we begin to organize the next adventure. 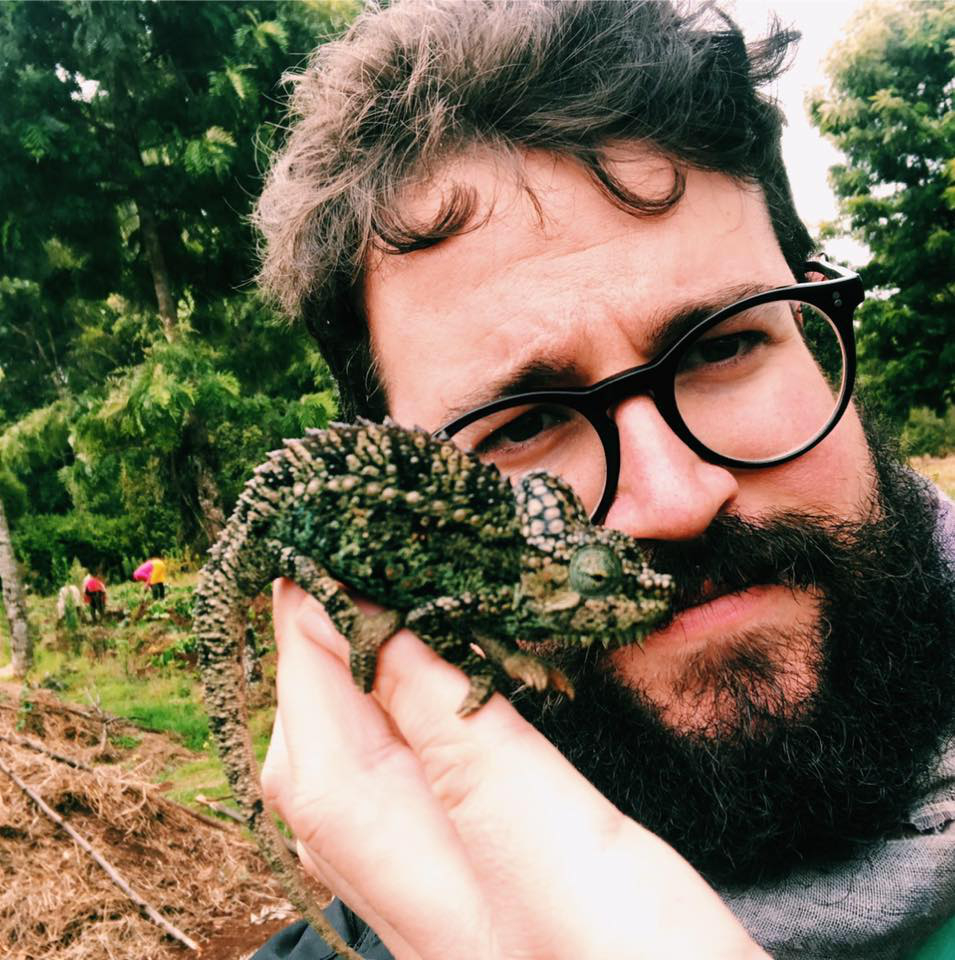 He’s from Emilia Romagna and he’s proud of his Romagnolo roots. He graduated from The University of Gastronomic Sciences of Pollenzo in 2013 and then embarked on a journey that would bring him back to Pollenzo to work in the Tutor office, at the university. Andrea is passionate about travel, comics, technology and photography, with a slight dependence on Instagram.