This donut’s dough made sandwich, with a submarine-like shape, is fried until the surface of the pastry is crunchy and golden. Cut it open and you can instantly feel its bouncy, tight texture. Then, spread mayonnaise on the bread; add in some fresh and juicy tomato and cucumber slices, and as a last step, top it with soy sauce-marinated eggs and ham.

In some cases, people only put potato and egg salad as a stuffing, nothing more. Simple and joyful, cheap and convenient, teenagers love it as snack after school. People always eat it while strolling along the night street market. It’s a moving feast, nourishing every walk of life.

“People always eat it while strolling along the night street market. It’s a moving feast, nourishing every walk of life.”

This cuisine style is sometimes categorized as a local creation of western food. Western-influenced cuisine is a remarkable genre in Asia, like when Japan developed the yōshoku (洋食 western food) style of cuisine after the Meiji Restoration, or Hong Kong people eating soup carbonara with SPAM meat slices as breakfast. 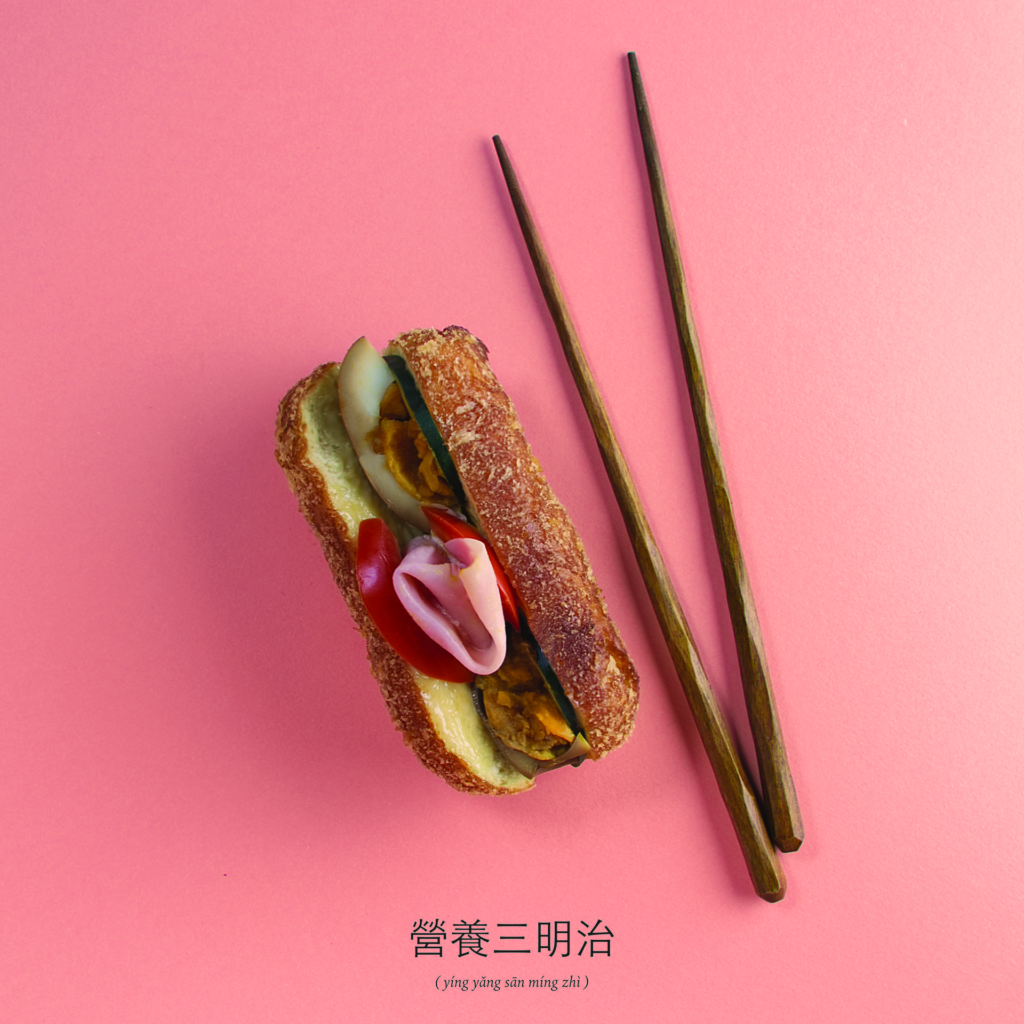 Local people adopted some ideas from early globalization, then innovated it with their own version. The fried sandwich, this kind of Taiwanese sandwich, originated in a huge night market near temple from port city Keelung. By the early and middle 20th century, Keelung was the largest port in Taiwan at the time. The prosperity and exotic tastes brought by the port business allowed its residents to invent more “interesting” street foods.

In a sandwich workshop at this year’s Migrant Film Festival, this fried sandwich rocked! Some guests with keen palates soon discovered the sandwich’s secret ingredient: sweetness. Though not that much, for the Taiwanese dough recipe, we add sugar to the mayonnaise and even the soy sauce marinated eggs.

Taiwanese pursue sweet and umami tastes in cuisine, and sometimes we even use sweet to imitate the richness and satisfaction from umami. So, for a really local taste of mayonnaise, of course it’s sweet. Sweet mayonnaise goes pretty well with cold boiled bamboos and all kinds of boiled vegetables after cooling –––it’s a classic summer antipasti!

Sweetness embodied in the fried sandwich also tells the story of the agricultural history of the land. Food culture researchers and historians tried to find a reason to explain why Taiwanese people are fond of sweet flavors. They also discovered a phenomena: in the southern part of the territory, the cuisine tastes sweeter.

A reasonable explanation attributes the preference to a history of sugarcane planting. Dutch people started growing sugarcane in southern Taiwan in the 17th  century, and sugarcane planting used to be an important industry for different empire regimes that governed the island. Throughout the Dutch, Japan and Ching Dynasty periods, the memory of sweetness was already deeply rooted in the taste buds of the Taiwanese.

Or, quite simply, who can resist the sweet dough’s allure brought about by the maillard reaction after being deep fried?

Coating for the Bread 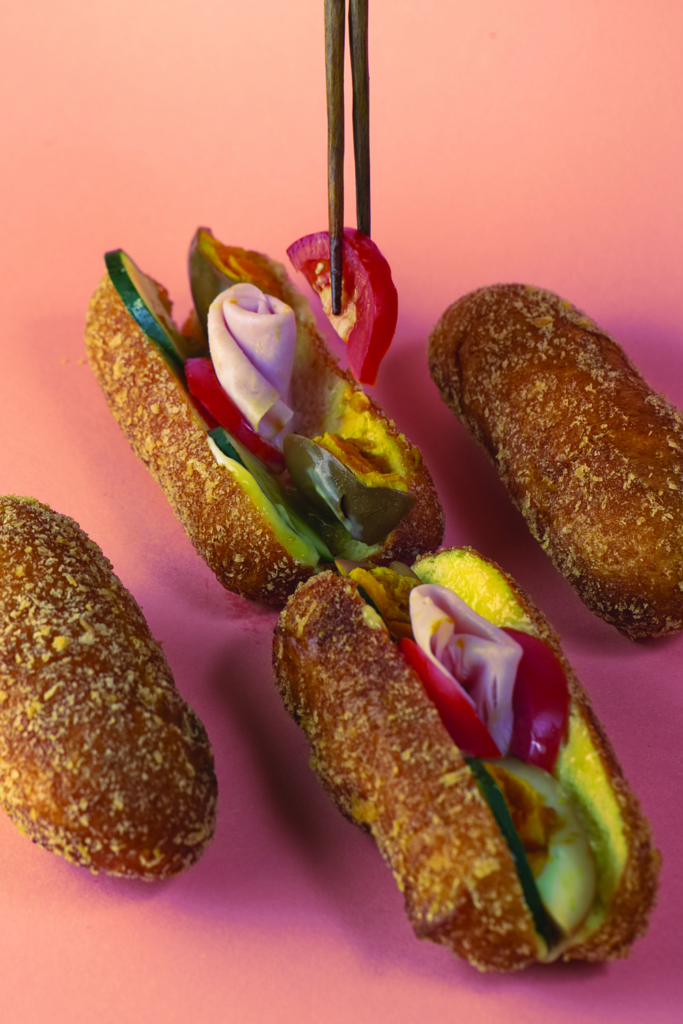 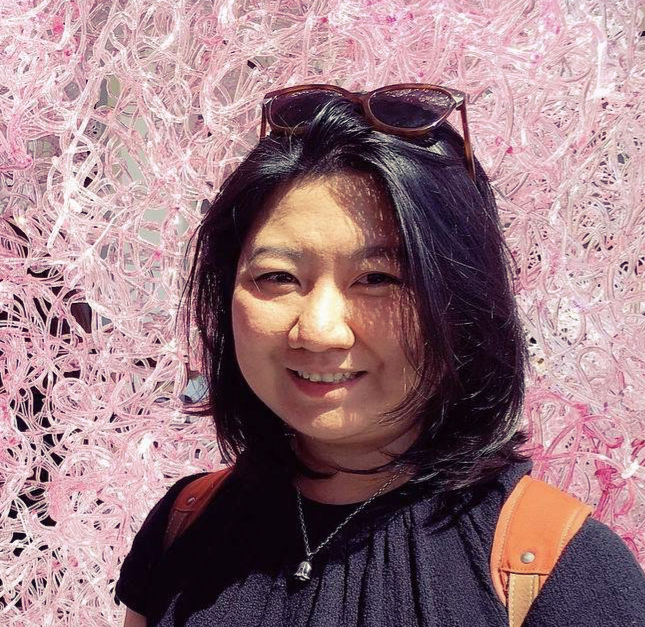 She is a graduate of the Master’s program at The University of Gastronomic Sciences. She worked as a writer, editor and journalist in Taiwan, as a consultant for the government in Taiwan, and co-founded Anthropology for Future, a community for anthropologists to share information. Mokki published a book “Midnight Flat Cook” based on a newspaper column she wrote, and she's becoming an illustrator.