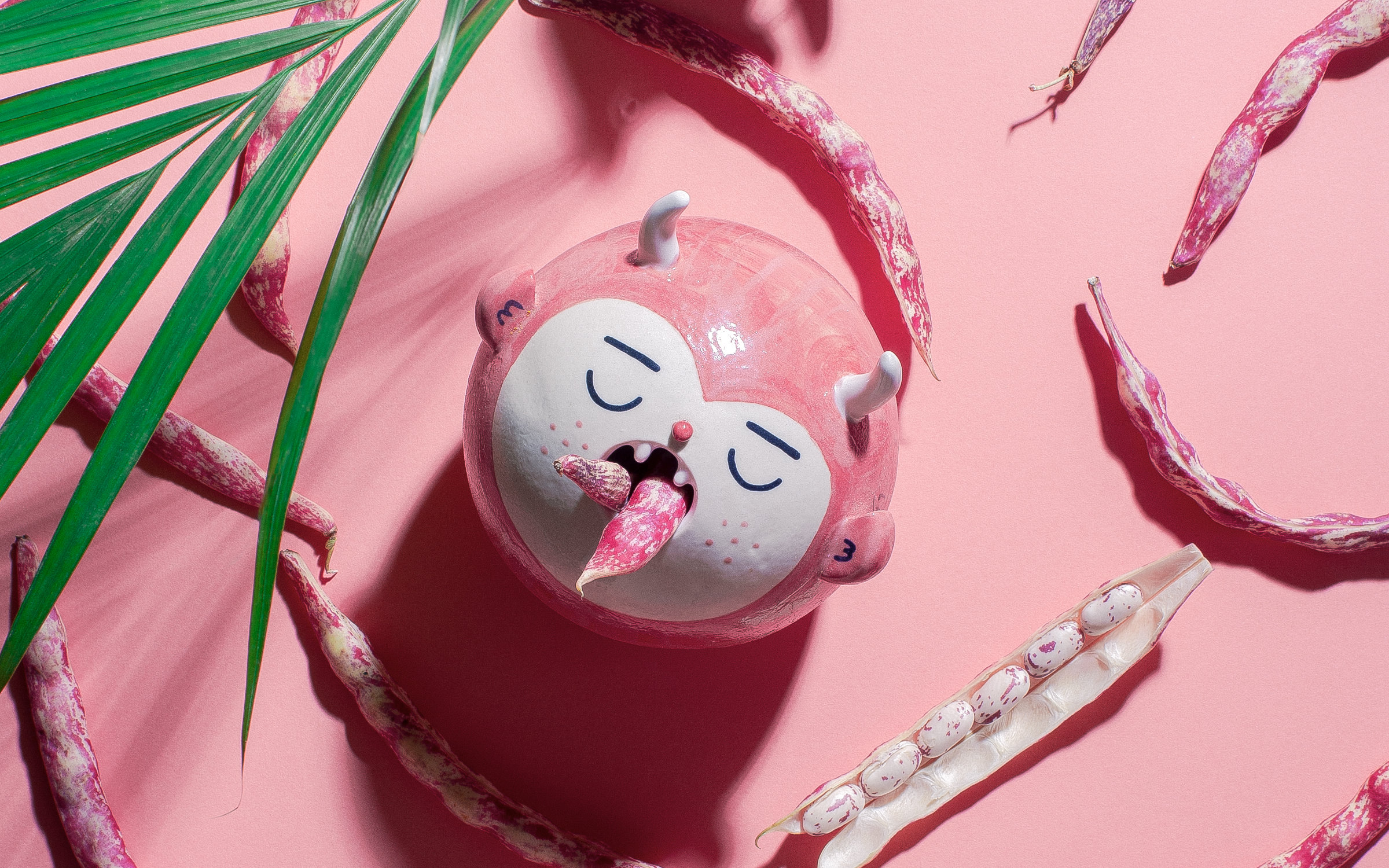 Tasting a delicious chickpea hummus or enjoying a bowl of cannellini beans dressed with extra virgin olive oil, we hardly think about how what we eat might influence our body – especially when it comes to the tiny powerhouses that are pulses and legumes. They are plant-based protein sources and provide us with the energy we need for just about anything in life: growing, developing, moving, even falling in love. Each type of food can give us a different boost. What we eat dictates the way our body looks and feels.

Macronutrients, such as carbohydrates, proteins and lipids, are energy-yielding nutrients. They contain chemical energy that, after being transformed into adenosine triphosphate (ATP), can be used for a multitude of activities by our body. Pulses and legumes are little treasure chests of macro- and micronutrients: rich in fibres; they are one of our gut’s most loved ingredients. Because of their complex carbohydrates – as opposed to simple sugars that can be found in refined grains or sweets – pulses and legumes give us energy for a longer time. This is because leguminous starch is digested much slower than simple sugars, and pulses’ glycemic index is low. They are also low in fat and sodium, almost cholesterol-free, a great source of iron, potassium and folate – what’s not to like? Of course, each legume has its own characteristics: some, like lupin, provide a higher protein content; others, like adzuki beans, can be kidney panacea.

Before we dive deeper into the wondrous world of pulses and legumes, though, let’s discuss the differences between them. Both are part of the Leguminosae (otherwise known as Fabaceae) family. When we say legumes, we refer to the edible plants that grow in pods, like green beans, edamame, or even peanuts. On the other hand, pulses are the seeds inside the pods, harvested for dry grain, like beans, chickpeas, lentils, and peas.

Looking at traditional recipes from around the world, it is evident that pulses and legumes are almost always paired with cereals: beans with corn tortillas in Mexico, dhal with rice in India, a small bean patty called Acaraje in Brazil, pasta and fagioli in Italy … and the list goes on. This combination is fascinating because, on their own, both cereals and pulses lack some essential amino acids. When paired together, they tend to make up what the other component is missing. For example, while pulses are low in methionine and have high levels of lysine, most cereals have low levels of lysine but are high in methionine. Paired together, we eaters can get all the essential amino acids in one go. No wonder, then, that this combination has been part of many countries’ cultural heritage since ancient times and that, being cheap and easy to store, pulses and legumes are still staple foods in our kitchens today.

Over the past decades, however, their reputation has changed. It was believed that only those who couldn’t afford to eat meat would rely on the plant-based alternatives, leading to the wrong appellation of ‘poor man’s meat’. As Ken Albala describes in his book “Beans: A History”, they became “a marker of class, the quintessential peasant food”. And indeed, as citizens’ income grew, they would immediately switch to the more expensive animal options. Because of that, the intake of beans, lentils, and chickpeas has been declining in the past century, substituted mainly by industrial animal derivatives.

These changes seen in our dietary behaviour go hand in hand with the Anthropocene, the unofficial era in which we’re living, characterised by the dramatic impact of mankind (-àntropo) on our environment. But pulses and legumes could have a positive impact also here: have you ever wondered why this plant family has so many more proteins than others? They are nitrogen fixators, meaning that they have nitrogen-fixing rhizobia bacteria in mutualistic symbiosis with their root nodules, which convert the nitrogen from the atmosphere and synthesise proteins. They need almost no fertilisation and act as natural fertilisers for the soil, which is why they have been used for crop rotation purposes for centuries, guaranteeing fertility in the soil after other crops used the plot. 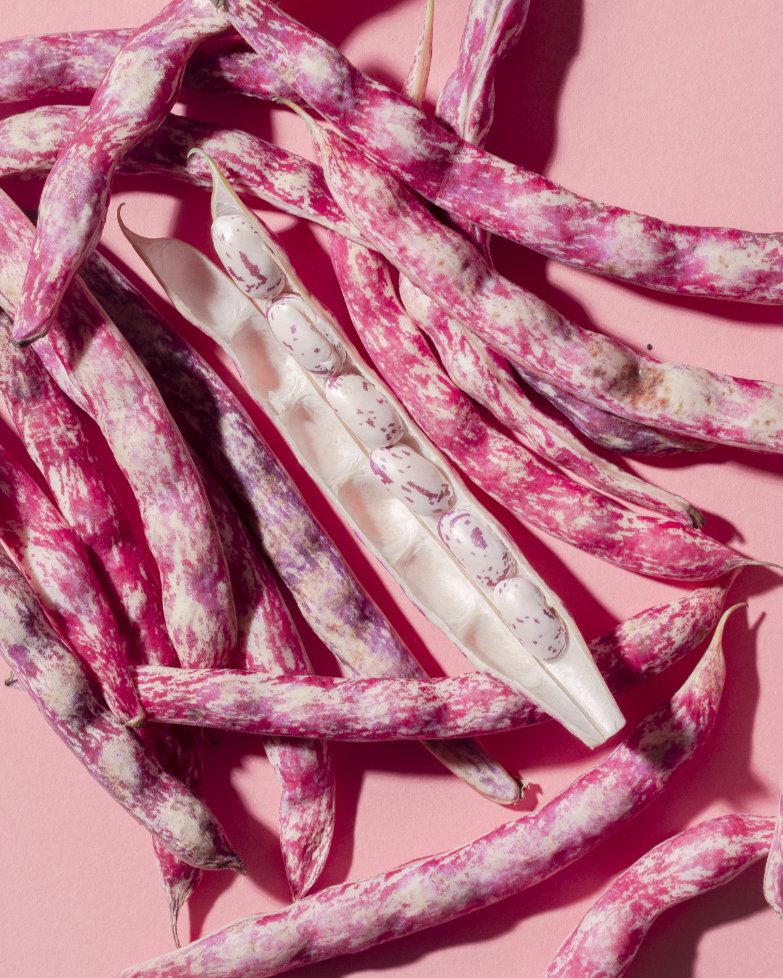 Crop rotation is a long-term practice that is very much in line with agroecological principles. Pulses and legumes can be pivotal in the agroecological approach, which implies a transition towards more sustainable food systems. Nowadays, the term ‘sustainable’ is heavily overused, but I would like to refer to its definition from the 1987 Brundtland report “Our Common Future” by the World Commission on Environment and Development, which defined development as sustainable if it “meets the needs of the present without compromising the ability of future generations to meet their own needs”. And that’s exactly what agroecology proposes: a long-term vision that does not create instant benefits that might initially be effective but will have negative implications on the whole ecosystem in the future (like chemical fertilisers or pesticides). Instead, it is based on the fundamental principles that regulate nature. Considering the words of Miguel Altieri, Professor of Agroecology at the University of California, Berkeley, the main drivers of the agroecological theory lie in the ancestral wisdom of farmers and indigenous communities. Agroecological systems are inspired by nature and do not depend on fossil fuels, chemical fertilisers or pesticides. They are resilient, a characteristic we can no longer see in today’s modern agriculture, which is dominated by intensive farming and monoculture, causing pollution and soil degradation. We can all picture modern industrial farmers in our minds, fully protected and wearing masks long before Covid-19 forced them to: they have to protect themselves from the toxic compounds they spray on the fields, where the food that will end up on our table grows.

“One of the main problems is that we only consume a tiny percentage of the plant varieties that exist in nature. Five animal species make up 75% of the food eaten globally, and almost 60% of calories and proteins obtained by humans from plants come only from rice, maize and wheat.”

But why has it come this far, and what role could our little world saviours play in it? One of the main problems is that we only consume a tiny percentage of the plant varieties that exist in nature. Just think about it: could you name ten different varieties of pulses and legumes you’ve eaten in the past? What about cereals? In the past century, three-quarters of plant genetic diversity has been lost. According to the Food and Agriculture Organization (FAO), twelve plants and five animal species make up 75% of the food eaten globally. Almost 60% of calories and proteins obtained by humans from plants come from rice, maise and wheat. Still, we often hear ‘ecological transition’, which usually goes hand in hand with ‘sustainable intensification’, which seeks to solve the food system’s issue through practices that are aimed at intensification rather than diversification. The latter is one of the crucial practices of agroecology, together with agroforestry and crop rotation. Using pulses and legumes with these kinds of methods, many of the harmful processes could be minimised, which could have a lasting positive impact on our environment. 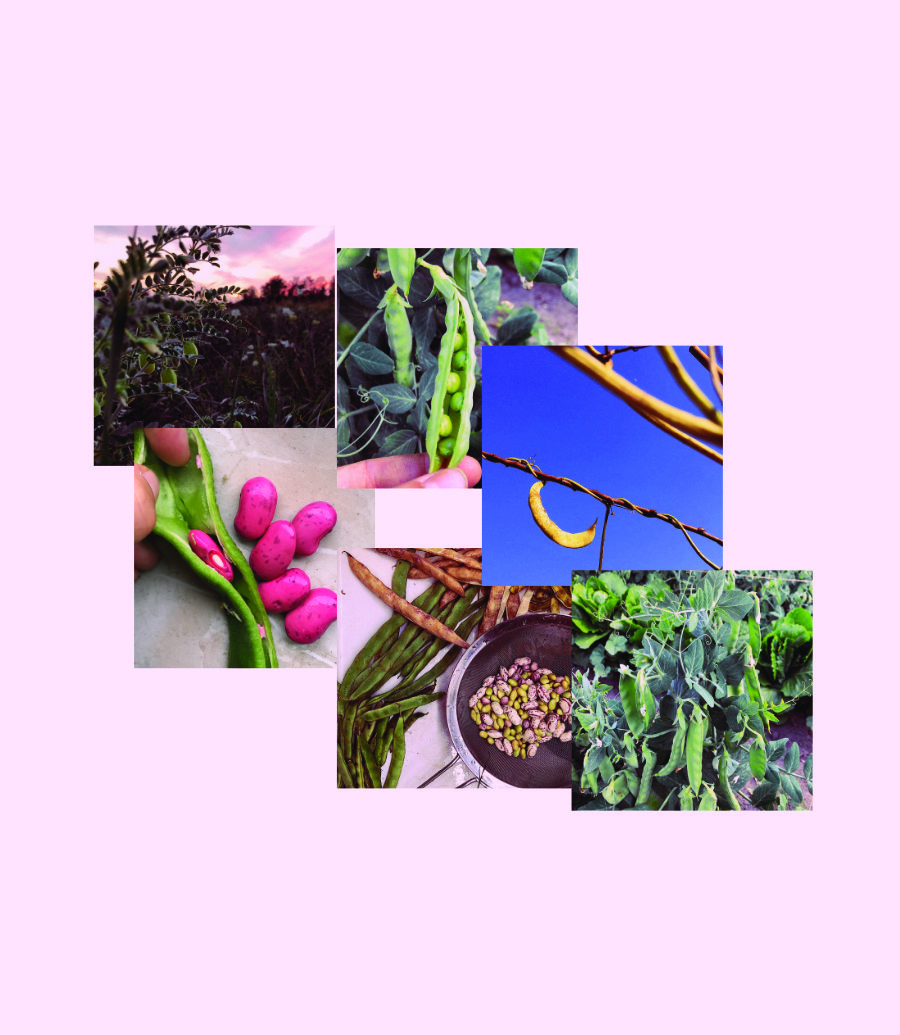 The need for a radical transformation of our food systems is urgent. As stated by the EAT-Lancet Commission on Food, Planet, Health, by 2050, we must double the consumption of healthy food like fruits, vegetables, pulses, nuts and reduce the consumption of added sugars and red meat by more than 50%, especially in those countries where intake is already excessive. As the 37 world-leading scientists underline defining their ‘Planetary Health Diet’, food can be the main leverage to improve human health – meant not only as the absence of illness but as physical, mental and social wellness – and environmental sustainability on Earth.

Now, can beans solve all our food system’s issues? Obviously not, but shifting towards fewer animal proteins and increasing the consumption of nitrogen-fixating plants can be pivotal for our planet and our health. So yes, choosing to include the Leguminosae family in our daily diet would be a revolutionary choice. More lentils and less industrial animal derivatives, hummus instead of synthetic fertilizers. Pulses and legumes can lead the path towards an agroecological transition: healthily fuelling our body and our soils, caring for the present and future generations, all while tasting absolutely delicious. 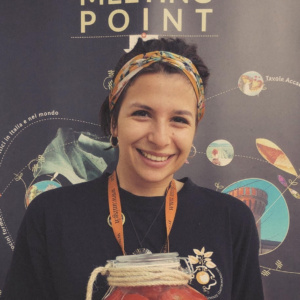 Proud gastronome, now attending a Master in Food Policy. Since day one, she has been a Slow Food activist and is involved in SFYN Italy, SF Piedmont, and Aosta Valley. She is committed to better food systems while eating Leguminosae every day.