With many other gastronomic adventures to discover on the picturesque hills of Tuscany, the city of Prato claims a more controversial, yet unexplored, food story.  The Chinese community of Prato is one of the most important in Europe, considering the high density of Chinese people over the population in a such a concentrated area(1).

In this small, but third most populated city of central Italy (2), as well as the “most foreigner” one (3) of the whole country – considering, again, the density of migrant citizens over the population – the Chinese community represents around 11% of the city’s inhabitants (4) and the hypothesis of a much higher number has been contemplated as well (5).

In the 80s, right after their settlement in nearby cities, Chinese people were mainly involved in manufacturing businesses and during the 2000s, their intense labor brought about the creation of today’s hyper-efficient, fast, fashion district. Their industry replaced the historical textile sector of Prato (6), causing quite a diatribe within the city’s population.

“Sadly, greasiness, a heavy stroke of soy-sauce, and some “super-grimy” jokes are causing a lot of entertainment out of the whole Chinese experience.”

The Chinese community’s presence also led to the development of a peculiar gastronomic scene, and conflict and convergence points ensued, even at the table.

Today, Prato’s critical rhetoric and uncertainty towards Chinese culture has hit restaurants too, but, at the same time, these places are meeting people’s demand for cheap and low-quality food. For example, according to online reviews, one of the most popular purely Chinese restaurants is the much-appreciated Ravioli Liu, rising up in a tiny alley of Via Filzi, in Chinatown. On the restaurant’s social media page, many Italians write about a “super-grimy Chinese place” and, paradoxically, these same people enjoy the eleven different types of dumplings that are present on the menu.

They’re actually not “super-grimy”, and they are not that bad, strictly speaking about taste. The problem is that the whole idea of low-quality Chinese food is more socially accepted today and this can cause a food safety and social issue, as well as a cultural loss. Still, many Italian people would not dare enter a Chinese restaurant, but many others are enjoying Chinese food, or better, a naïve idea of Chinese food. Sadly, greasiness, a heavy stroke of soy-sauce, and some “super-grimy” jokes are causing a lot of entertainment out of the whole Chinese experience.

On the other side, specifically, around the streets of Via Pistoiese and Via Filzi in Chinatown, the main residential area for the community (7), there is not a single example of a “Chinese meal” and their edible landscape is quite more complex.

Many Chinese people are used to eating at diners on Via Pistoiese, at any time of the day, where it is possible to find different cooking styles. For example, Xiang Man Lou, right at one of the main corners of this street, serves what their owner calls traditional home-recipes – “those people like cooking the most for themselves”, as she says, and some options among their counter’s delicacies belong to Szechuan cuisine.

These are slightly different from the mainstream Chinese restaurants in Prato, like mapo tofu, a dish marinated with doubanjiang sauce (a fermented broad beans paste) and topped with fresh garlic greens.

“…restaurants suggest nothing but a convergence of different cuisines where tastes do not relate to one single tradition only.”

The culinary tradition of Zhejiang, the province in south-eastern China where most of the Chinese people of Prato come from (8), is more likely to be discovered at Chinese people’s homes, but they are not easy to be accessed by Italian people. Moreover, during their growth here, many Chinese and today’s third generation of Italian-Chinese are also buying from Italian supermarkets. Therefore, the culinary tradition of Zhejiang seems to have slipped out of many people’s chopsticks during this whole process of Chinese restaurants popping up in the city.

Unfortunately, the community’s cultural roots are not easy to be found through gastronomy and restaurants suggest nothing but a convergence of different cuisines where tastes do not relate to one single tradition only. In this case, the mildly acidic and lighter cooking style of Zhejiang can barely be spotted. In general, the strong and savory characteristics of northern Chinese cuisine, as well as the presence of many wheat-based dishes, make it easier for Chinese food to be welcomed in Western countries (9), therefore, many Chinese restaurants in Prato have adapted to this condition.

Another limit in discovering the real traditions of the Chinese community is given by the fact that many Chinese employees have been found living, eating and sleeping in factories – this labor system seemed purposely relying on this condition of illegality (10). It is enough to say that the Chinese meal of Prato comprehends this reality too.

Tradition in restaurants, apparently, shall be personally requested by customers. “In order to have an authentic experience of Zhejiang cuisine in restaurants, you have to specifically ask for it”, explains a young waiter at Hua Qiau restaurant, because “usually, the dishes that are served to Chinese customers have different flavors and Italians may not like their unconventional taste; these dishes are usually ordered at important meals, for celebrating”. His statement was followed by a dinner, to represent Zhejiang cuisine.

He brought a Wenzhou soup and popiah rolls filled with eggs, soy sprouts and mushrooms. Beside the right or wrong collocation of these recipes within the different Chinese traditions, the sour delicacy and the mild ginger pungency of the fish broth, as well as the light and rustic taste of the vegetable filling, did not correspond to the greasy and heavily soy-sauced idea of Chinese cuisine at all. He also served the classic delicious Peking duck, some pounded and fried fish snacks, wheat-noodles topped with minced pork, smashed sweet potatoes and light-spiced duck tongues.

“…steam might not be enough for soothing the “super-grime” part of the Chinese meal of Prato.”

A much wider diversity is also evident when visiting a Chinese supermarket and these places reveal that the community is probably keener on maintaining the Zhejiang gastronomy alive at home, mainly through their usage of vegetables, fruits, spices and herbs. These foods are usually sold packed, like preserved meigan cai, a fermented cabbage and mustard leaf roll, or dried black mushrooms (Auricularia auricula), also called “wood ears”, a therapeutic species that Chinese people often use to make soups.

Some fresh Chinese vegetables are available too, like a few types of squash, eggplant, bitter melon, bai tsai cabbage, Pok choy and lots of other greens. Surprisingly, the Chinese community has developed its own local agricultural production as well, mainly in the abandoned countryside territories of the city. According to artist Leone Contini, leader of the TuscanChinese project, a research for exploring the agricultural practices of the Chinese community in Prato, a reshaped hybrid tradition is an unavoidable path for the city’s future.

Hopefully, the rediscovery of the community’s old varieties will lead to the creation of a Chinese staple, plant-based, food scene capable of making Zhejiang tradition more accessible for everyone. In this way, food could be a tool for people to better understand the community’s cultural roots. As for now, steam might not be enough for soothing the “super-grime” part of the Chinese meal of Prato. There is still more to be explored, more to be accepted, and more to be changed. 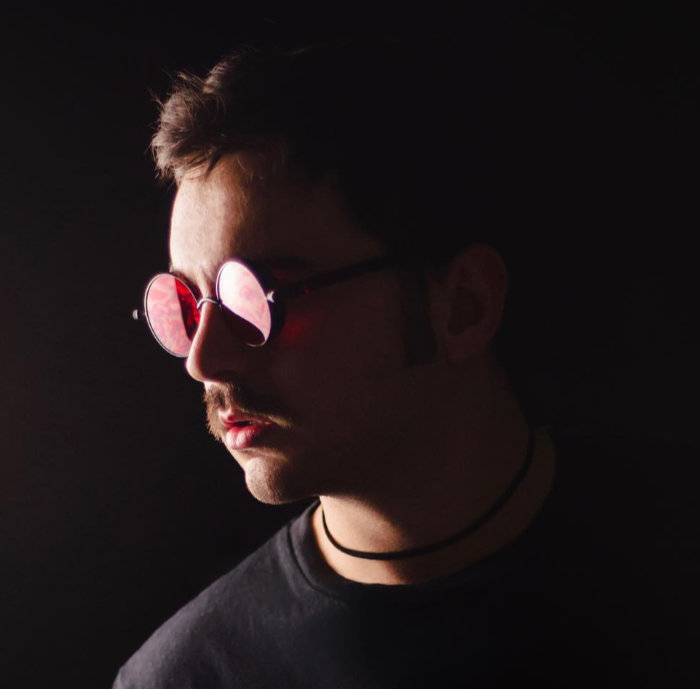 He's from Tuscany, Italy. He moved to Piedmont, Italy and got his degree in Gastronomic Sciences at the University of Gastronomic Sciences in 2018. He's passionate about writing and food, and his first experience with writing about food happened at the Cooking Editorial Board of Corriere della Sera, in Milan. Giovanni's ambitious and he's always in search of a good meal.