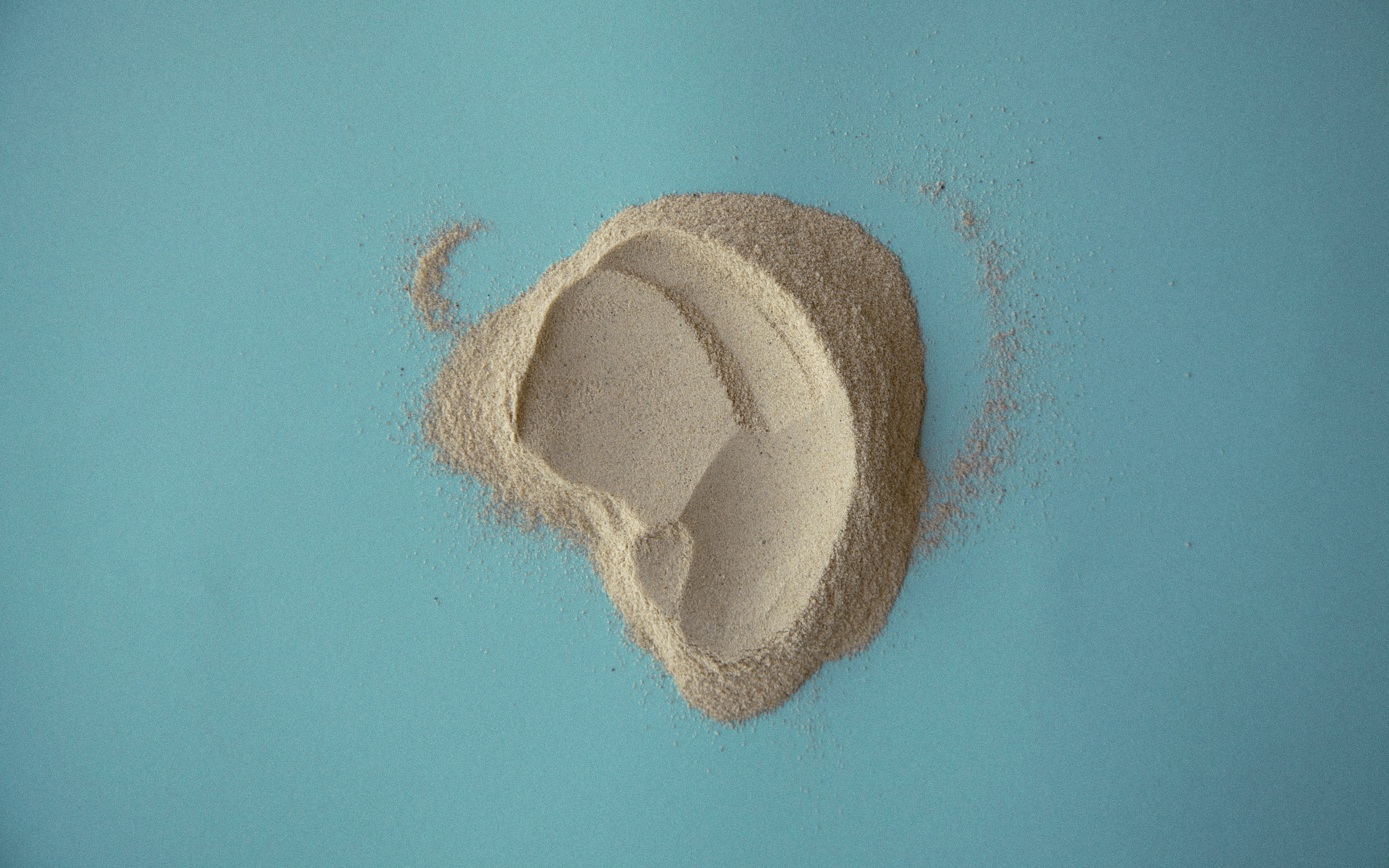 My acquaintance with salep started on a cold winter’s day in a small shop that I encountered by chance while walking with my hands in my pockets. That day, the shop’s interior smelled like a flower garden, and the waiter served me salep with a sprinkle of cinnamon powder on top. It was so delicious. Immediately, my hands got warm, and I felt great.

Since then, we cook salep in our home on cold winter days. My grandfather especially likes to drink it sprinkled with ginger powder, as he thinks it is magnificent for the throat, but most places in Istanbul serve salep with cinnamon powder instead. One of the reasons for this is that it is considered a good balancer for those who cannot keep themselves from eating dessert, as it creates a feeling of fullness and works as a good snack. 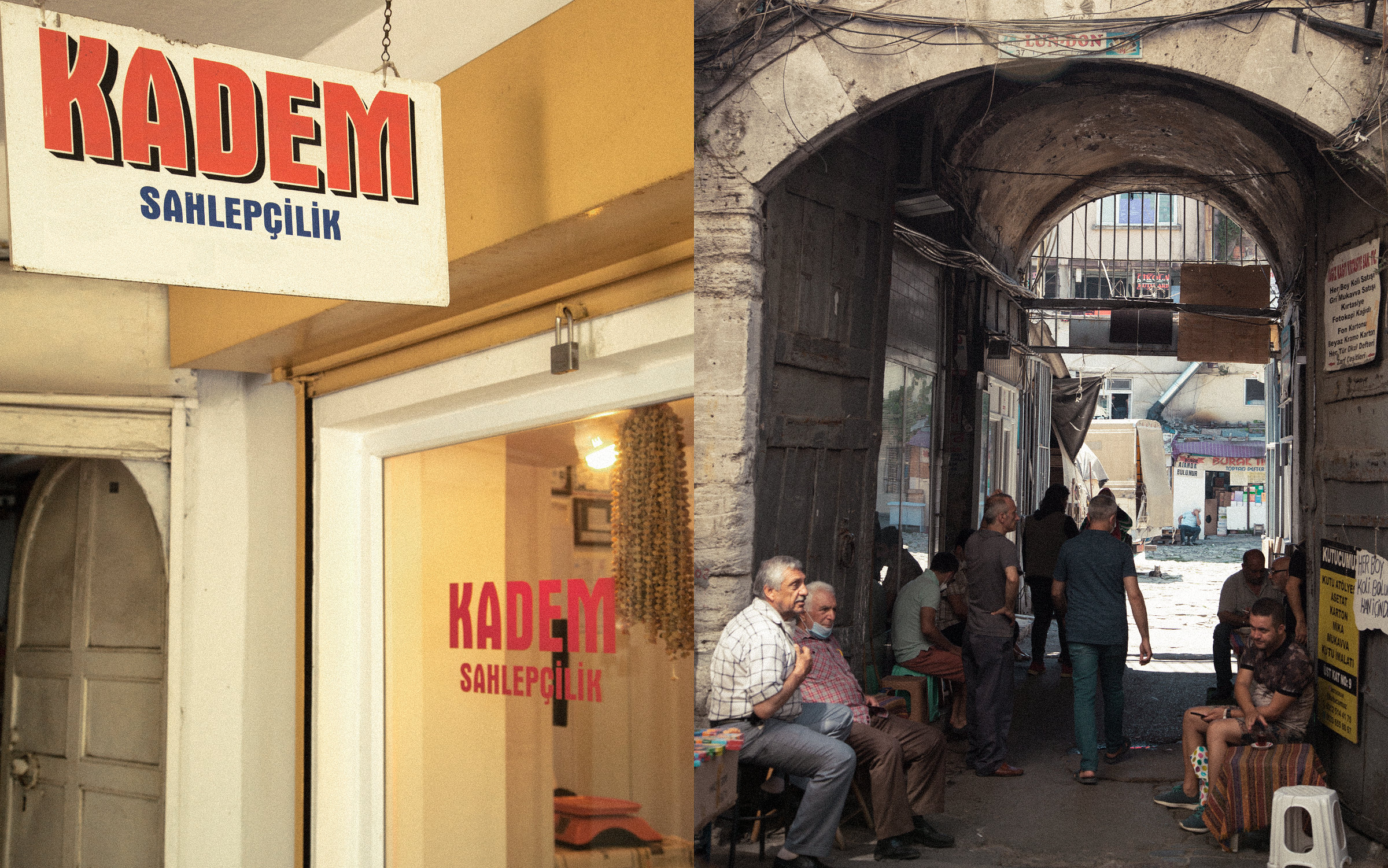 But how did salep come into being? It is said that the consumption of salep began in Anatolia in the 8th century. Due to the acceptance of Islam and the banning of alcohol in the 8th century, the use of some beverages such as boza, must, sherbet and salep became more widespread. Must was preferred during the summer months, while boza and salep were mostly consumed in winter. Salep has been a popular beverage throughout the Ottoman Empire and was mostly sold on the streets, but it could also be found in the compositions cooked for the sultans in the Ottoman Palace. At those times, salep was used to add taste to the dishes, or it was mixed into water and sweetened with products such as orange flower, rose water and honey.

At its very core, salep is a member of the Orchidaceae (Orchid) family. There are many types of this family, and the ones used for producing salep powder are obtained from underground tubers. Tuberous orchids usually have two tubers under the ground. The plant spends the winter months with the previous year’s tuber and produces a new one in spring. This tuber develops, and with time, its body forms. This is also where salep is found. These tubers come out of the soil and are sold either after being washed with water or cleaned, boiled and dried to those who trade in salep. The boiling process is usually done with water, but some people boil in milk or ayran (a mixture of yoghurt and water) instead. The purpose of the boiling process is actually to stop the development of future tubers. If they are not boiled, enzymatic movements may begin in spring. After boiling, the tubers are laid directly under the sun or are strung and dried. The drying makes the product hard, and it gets powdered in a mill before use. In this final form, it has an off-whitish colour. 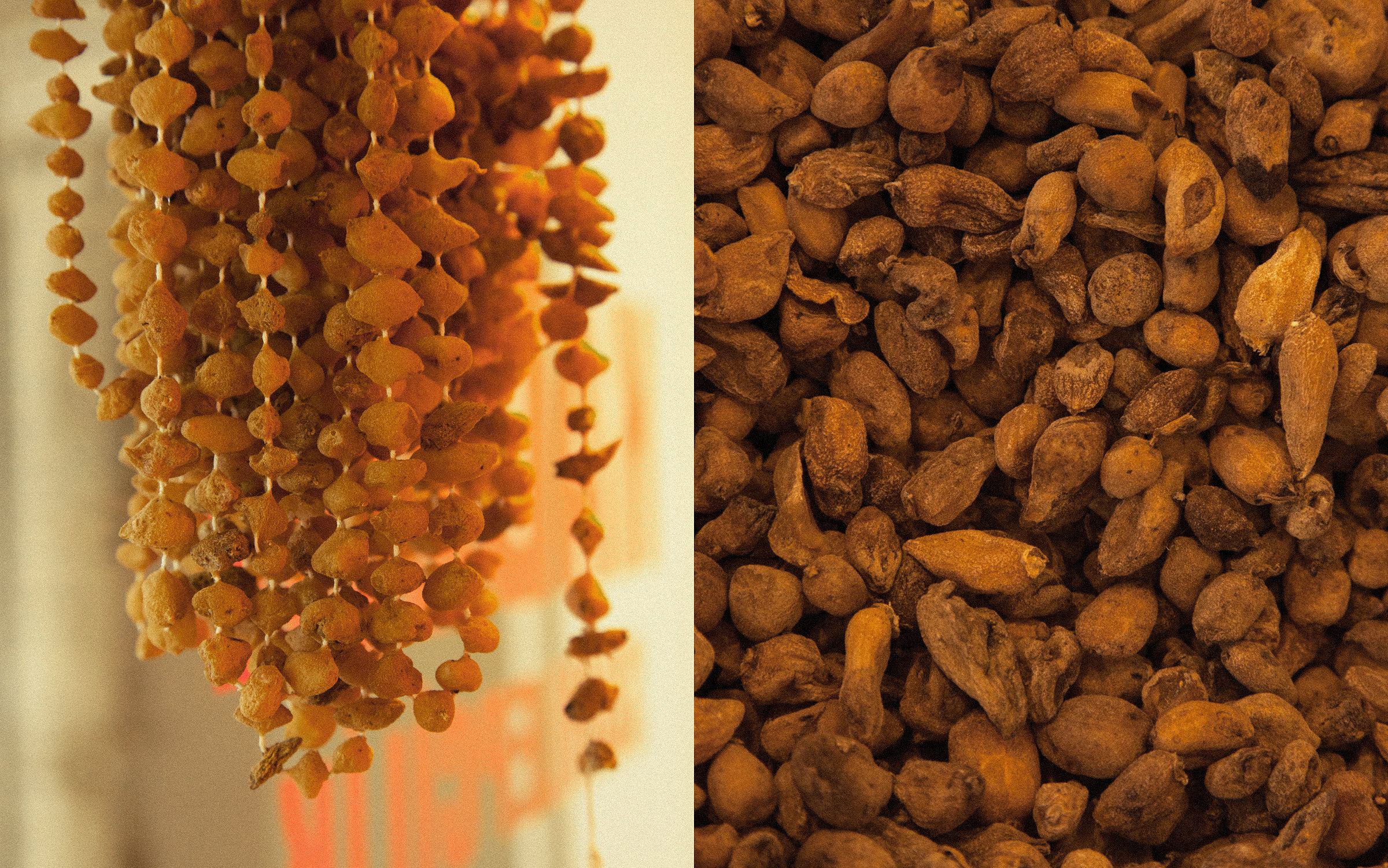 “Due to the acceptance of Islam and the banning of alcohol in the 8th century, the use of some beverages such as boza, must, sherbet and salep became more widespread.”

Salep grows in many parts of Turkey and is naturally found in Kastamonu, Muğla, Antalya, Silifke, Adıyaman, Van, Muş, Malatya, Kahramanmaraş and Bitlis. When the plant blooms, the salep collectors dig around the plant, remove the old tubers and take the new ones. To obtain 1 kg of salep, 1000-4000 tubers are needed, each weighing approximately 0.25-1 g. Therefore, it is thought that in Turkey every year, a very serious number of tubers is collected. The salep collectors have to be very conscious since they earn significant income from this product every year. If the orchids were to be collected rudely and unconsciously, the plant’s reproductive ability might decrease and even cause extinction over time. It is said that some species have already been critically reduced because of that. Besides unconscious gathering, other factors threaten the plants’ existence such as increasing population, urbanisation, overgrazing, pesticide use, forest fires or the destruction of their natural habitats. 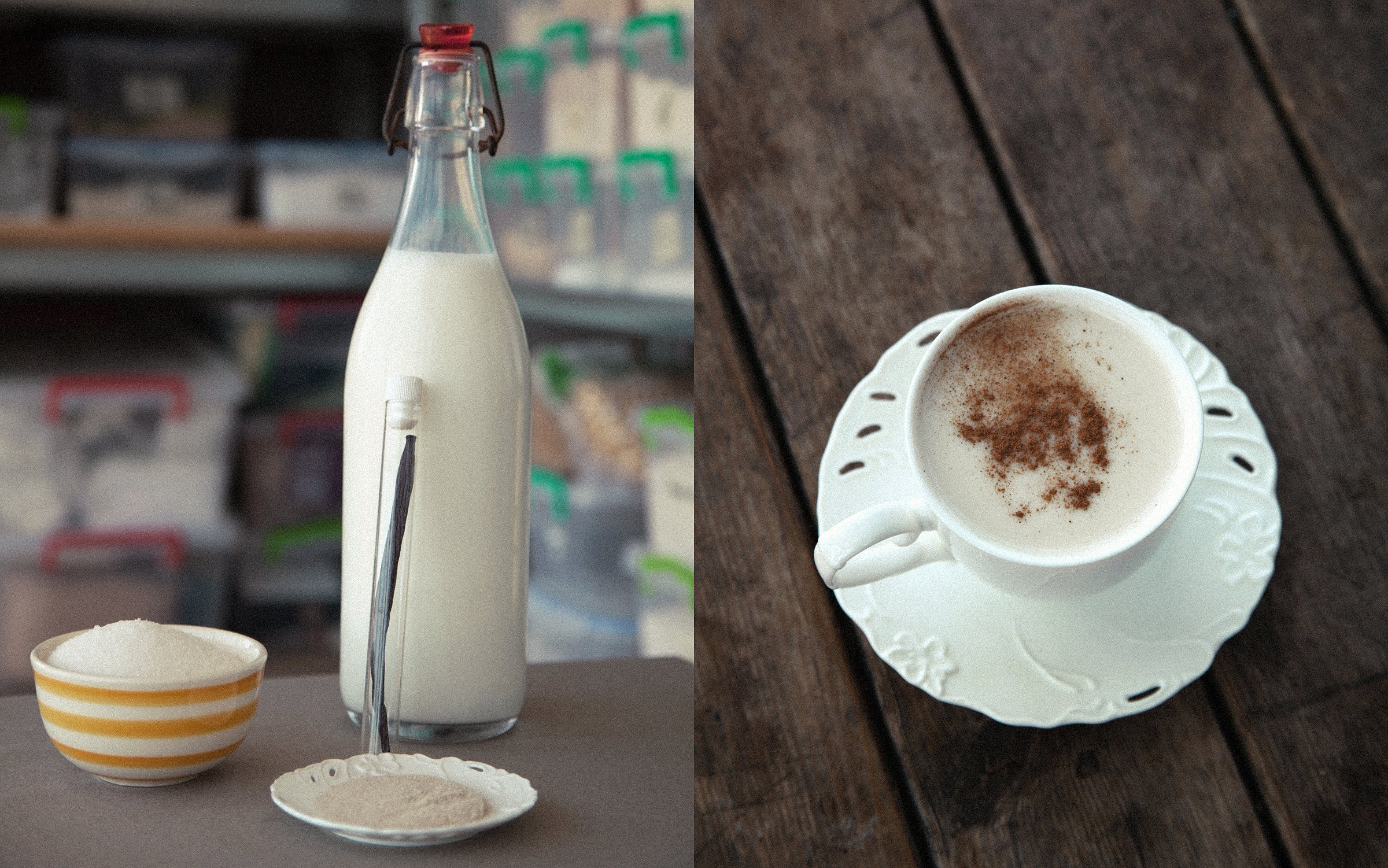 The legal regulations introduced in the trade of orchids and salep contributed to the protection of the orchid generation. While its export has been banned, a large number of orchid and salep smuggling has been identified. It is free to sell in the domestic market, however. For this reason, important responsibility falls on salep collectors and related institutions about the survival of orchid species. Serious fines or arrest are imposed in case of unauthorised assembly.

Apart from being an indispensable drink for the winter months, salep is also used in the production of ice cream. It acts as a stabiliser and gives consistency and aroma. Of course, today, it is not necessary to use salep in ice cream making, because the desired consistency can also be gained by using other binders. Nevertheless, salep contains ‘glucomannan’, a water-soluble polysaccharide, and is used as a thickening agent in foods. When this polysaccharide meets milk, it starts to swell and, therefore, causes milk to condense.

The famous Maraş ice cream uses salep, obtained from the wild orchid species that grow in the Kahramanmaraş mountains. Mado has become the company responsible for this ice cream’s global recognition. In the brand name, the word ‘Ma’ comes from Maraş, and the Word ‘Do’ from Dondurma, which means ice cream in Turkish. In the making of Kahramanmaraş ice cream, goat’s milk and orchid flowers from the Ahır mountain are used. As the goats feed on flowers, such as thyme, hyacinth and crocus on the high slopes of the Ahır mountain, their milk gives the ice cream a special flavour. According to the story of Maraş ice cream, a person known as Osman Ağa in Kahramanmaraş sold wild orchids to Ottoman palaces and noble mansions. One day, after the sale was over, he buried salep with a mixture of sugar and milk in the snow. The next day, when he looked at the mixture again, he noticed a change in its consistency. He saw that it had become dense and elongated like gum. First, he tasted it and then, he allowed those around him to taste it as well. The flavour soon became very popular. It was first known as Karsambaç with salep. After three generations, however, it is now called Maraş ice cream and has a geographical indication for the city. 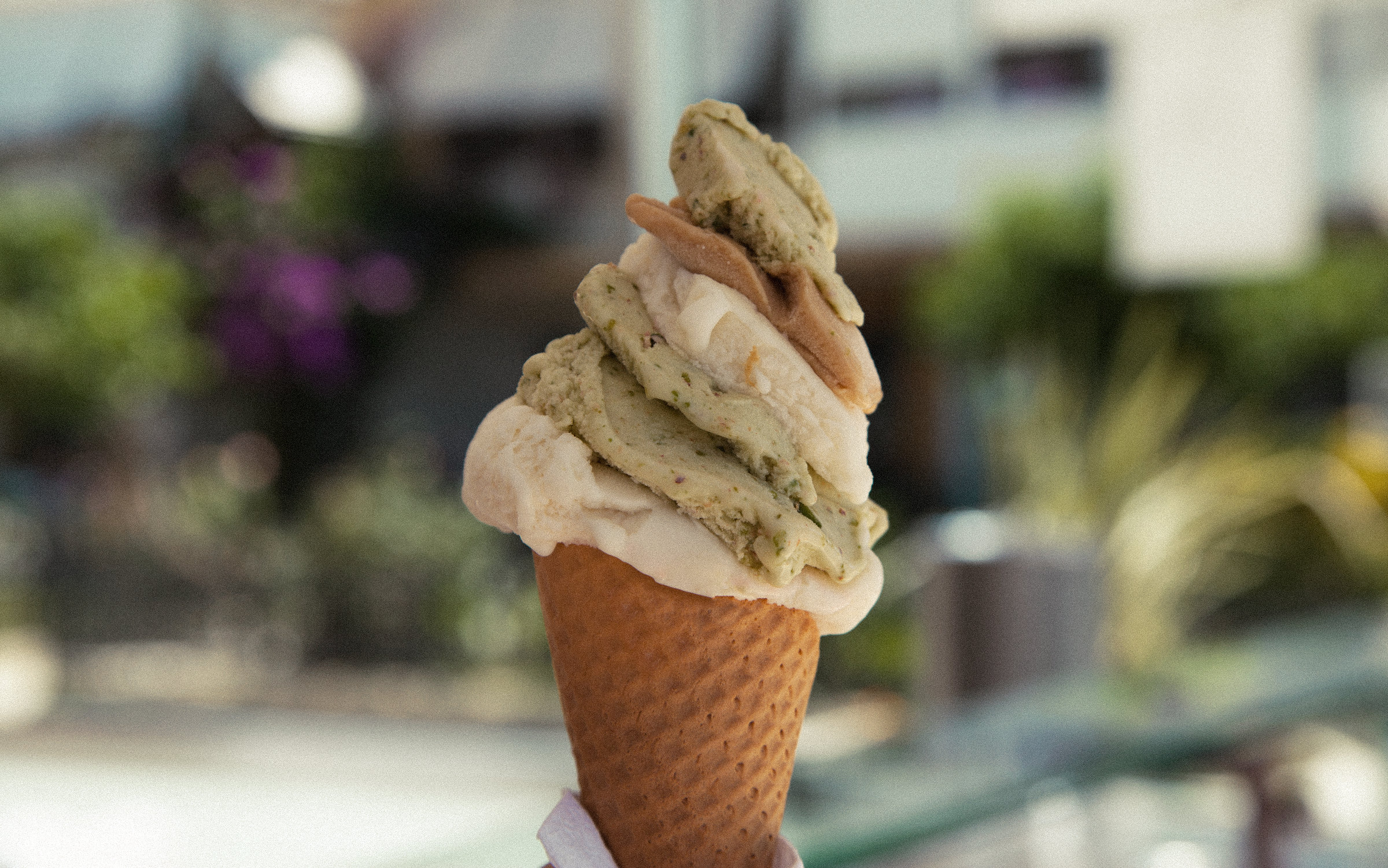 “In the making of Kahramanmaraş ice cream, goat’s milk and orchid flowers from the Ahır mountain are used. As the goats feed on flowers, such as thyme, hyacinth and crocus on the high slopes of the Ahır mountain, their milk gives the ice cream a special flavour. “

If you ever visit Istanbul, there is a place in Eminönü where you can buy real salep powder: a tiny shop located on the first floor of Balkapan Han by the name of “Kadem Sahlepçilik”. Mr Cemal took over the business in the second generation after his father and has been working at the shop since 1960. Apart from salep powder in 100g packages, you can also buy dried orchid tubers. He is very happy in this profession that he learned from his father and says that he has orchid tubers from many parts of the country, but that he prefers the ones that were naturally dried in the sun. This drying process takes about 20-30 days. Later, he transforms them into powder in his own factory.

After leaving here, my next stop is an ice-cream shop called “İsmail Şafak Dondurma”. This place is quite far from the city centre. If you have a car, you are lucky. Take a swimsuit or bikini with you, as our destination is a seaside town with a beach right next to it and there might be time for a swim. The local ice cream shop has been operating since 1976 and uses 100% natural salep powder when making their ice cream. You will understand what I mean when you taste it! They also make their own waffle cones right in front of you. Regardless of the season, you will find the shop open.

I would also like to suggest some places that are close to the city centre, where you can taste ice cream made from 100% natural salep powder. One is “Yaşar Usta’s Sorbet and Ice Cream (Yusdo)”. Mr Yaşar developed his ice cream art when he started in 1962 by learning next to an Albanian immigrant, “Chef Hıfzı Yorgun”. Nowadays, his shop stands out with its sorbets, which he makes during the season, and ice creams prepared with natural salep powder. It has branches in Istanbul. Another brand is Mado, which I mentioned before as the brand that introduced Maraş ice cream all over the world. It, too, has many branches. Finally, you can find ice cream types that are made with natural salep, as well as the hot drink version in “Damla Dondurma”, which I’ve already mentioned in my Boza article.

I will now share both the hot drink version of salep and the ice cream recipe with you:

Salep as a Drink: 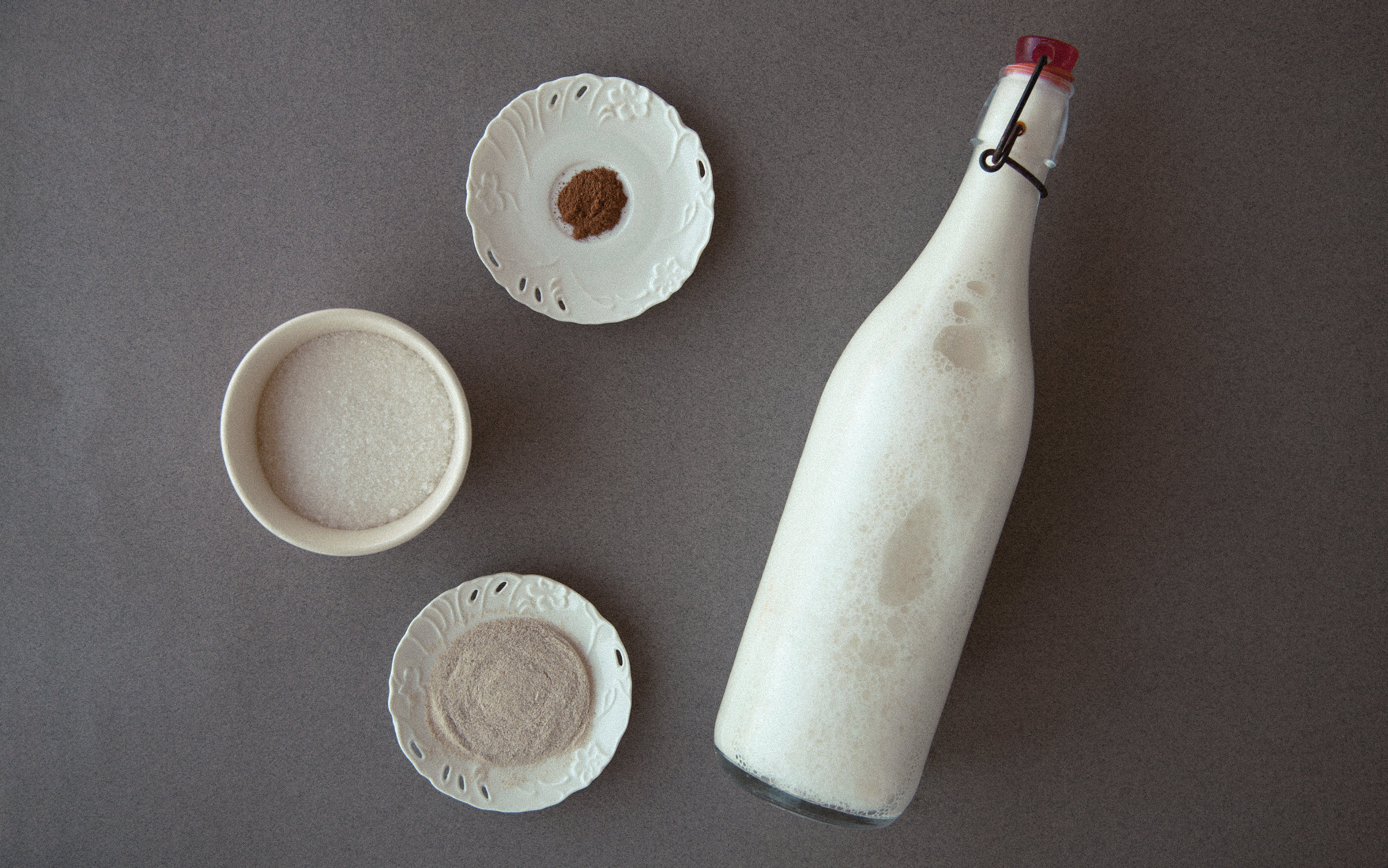 Stir the salep power and sugar into cold milk to prevent it from clumping. Cook this mixture on medium heat and stir continuously. When the mixture reaches the desired consistency (after approximately 20-25 minutes) you can put it in a cup and serve with cinnamon or ginger powder. 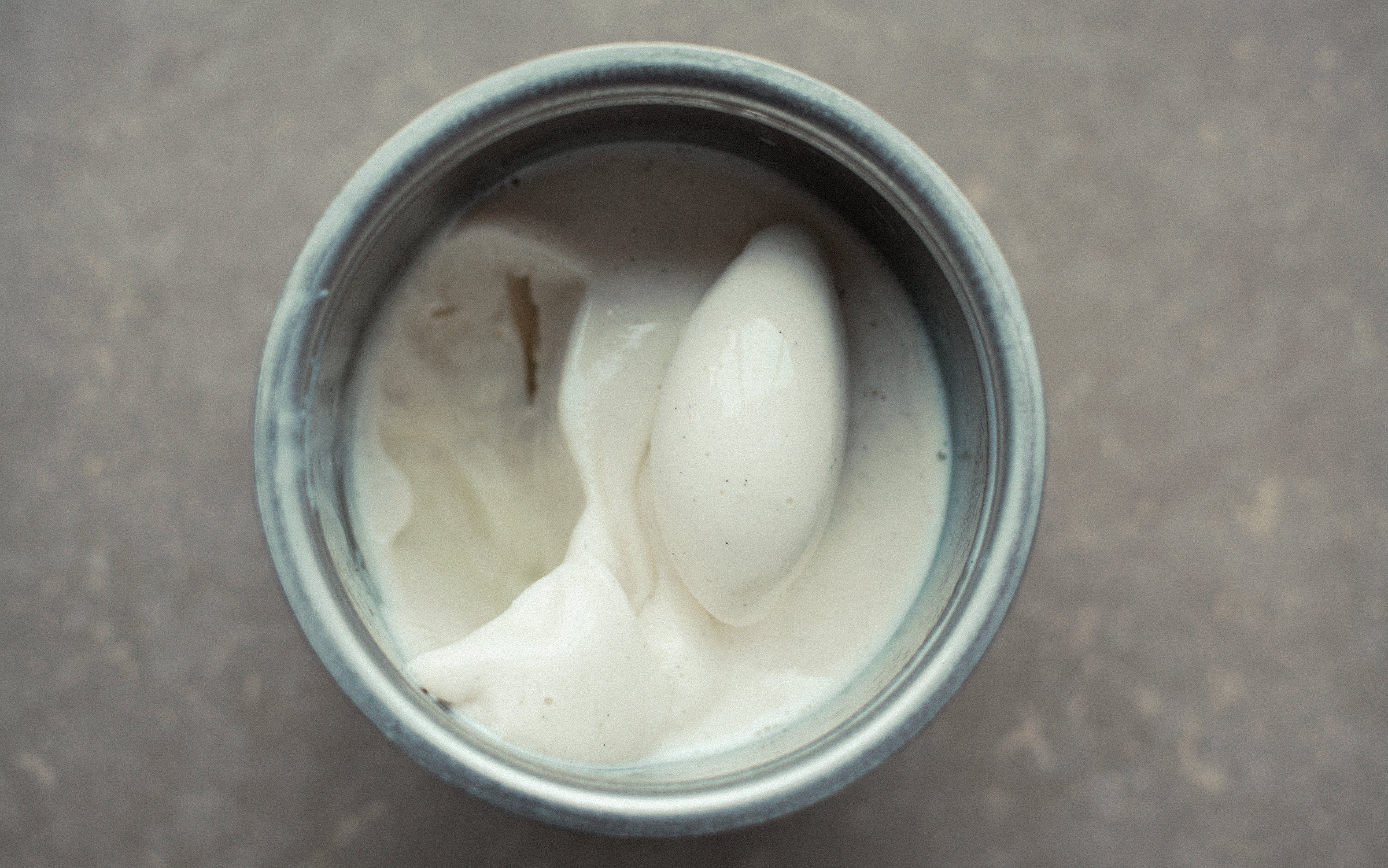 Cut the vanilla stick lengthwise and remove the seeds from the inside. Put the milk into a pot, add the vanilla seeds and stick to the milk (the stick will later be removed) and heat the mixture up to 40° C.

Mix the granulated sugar and salep on one side and add them into the mixture before bringing it to a boiling point. Get it from the stove and pass it through a food processor. Let it cool.

[1] Karsambaç is a dessert which is obtained by mixing grated ice or snow and sweet syrup. It is more commonly found in the southern regions of Turkey.

[2] Geographical indication which is given by the Turkish Patent and Brand Institute to evaluate in terms of tradition and quality of local products. That way, no one else can produce Maraş ice cream, and the ice cream itself can keep its conditions and standards 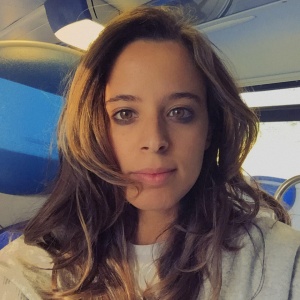