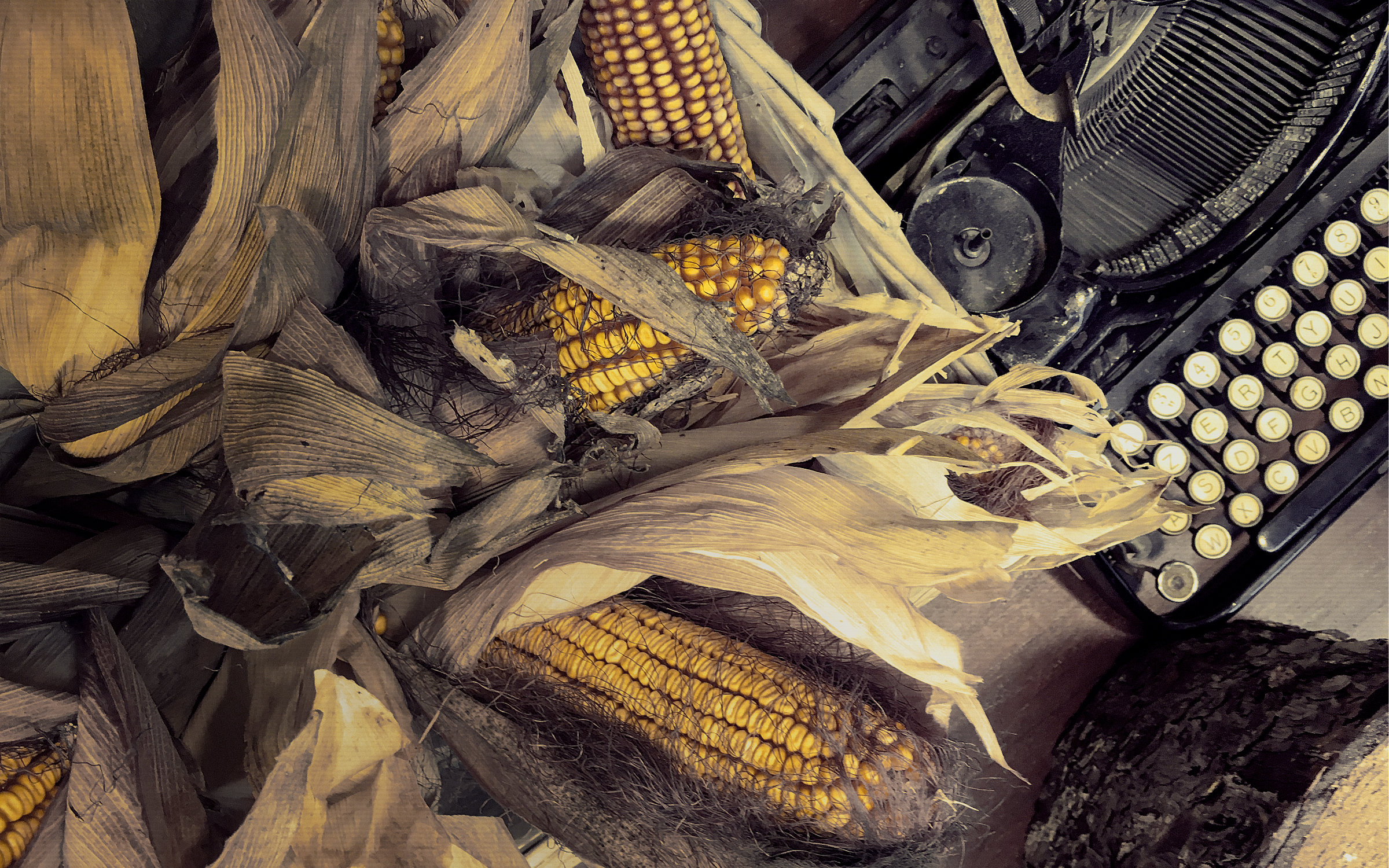 A figure hiding in the shadows, scaly skin, bleeding gums, sleepless, and manic. It’s not a horror story, it’s the true symptoms of the disease behind the myth of the vampire. The disease itself you could call pellagra, its scientific name. But the disease has a point of origin; would you believe me if I pointed to a steaming bowl of polenta?

Polenta, the seemingly innocent Italian dish of ‘cocina povere’ fame, was the sole source of nutrition for many poor, Italian labourers in the 16th-20th centuries, causing an epidemic of niacin-deficiency. This wasn’t always the case.  Corn didn’t arrive in Europe until Columbus carried with him kernels of maize from the “New World” to Spain on his return voyage in 1493. Fast-growing and high-yielding, corn showed great potential to landlords for a specific purpose: Feeding the peasant population that laboured in the fields. Landowners cleared forests, vineyards, and pastures across northern Italy to make room for its monocultural production 1. Wheat, which sold at double the price of maize, was reserved for wealthier populations 2. Soon, Italian peasants ate a diet made up almost exclusively of maize in the form of polenta. While polenta fed the population much more cost-efficiently than other grains, it didn’t provide adequate nutrients to stave off disease. Maize, a product that long sustained native populations of the Americas, was brought back to Europe without the process which makes it a nutritionally-rich staple: nixtamalization.

For thousands of years, native populations of Mesoamerica practised the culinary tradition called nixtamalization. A kernel of corn soaked in a bath of wood ash or lime loses its tough exterior. The result is a softer, sweeter, and more nutritious product. Maize, and its culinary process, is considered deeply sacred in most Mesoamerican cultures. In the sacred book of the Quiche, the Popol Vuh, the origin of man is described in relation to the gift of corn from the gods 3. Not only is maize a sacred ingredient, but its processing is a necessary and sanctified step. The Aztecs believed that the god of corn, Centeotl, taught them the process of nixtamalization “as a secret that benefitted them at the expense of their enemies. 4” Mesoamerican cultures discovered the magic of nixtamalization many millennia before settlers arrived on their lands. There’s archaeological evidence of nixtamalization in Guatemala as far back as 1500 BCE. Native people understood the importance of nixtamalization as, without it, there would have been significant malnutrition. Native peoples not only created the technique which makes maize a nutritious food, but they also learned to pair it with other food items, such as beans, which create a full protein as a meal. The ingenuity of nixtamalization allowed the native peoples of Mesoamerica to live healthy and prosperous lives for thousands of years before colonizers ever set foot in the Americas.

“The ingenuity of nixtamalization allowed the native peoples of Mesoamerica to live healthy and prosperous lives for thousands of years before colonizers ever set foot in the Americas.”

What colonizers saw in nixtamalization, however, wasn’t an ingenious or life-sustaining practice, but instead a lengthy and unnecessary process born of “uneducated” native superstition. Settlers of the Americas paid close attention to the food traditions of the native inhabitants. They tried to categorize corn, or maize, as a ‘bread,’ calling it “second place after wheat for the sustenance of men and animals.” While nixtamalization was well-documented by settlers, it was mostly considered an unfounded and ignorant process. Colonialist opinion of maize greatly mirrored their opinion of the native peoples themselves. The colonial question of “Is maize bread?” can be compared to their question of “Are Indians men?” Colonial ethnocentrism was at the forefront of this set of beliefs. In fact, colonizers even believed that if the natives were fed a European diet they would “restore the healthful European complexion they had lost over the centuries. 5” This racist and ethnocentric belief system blinded the Europeans from the deep and necessary culinary traditions of the native peoples, including, especially, the processing of maize. Without nixtamalization, maize is less nutritious, especially in Niacin, which can lead to pellagra. But, despite settler’s insistence on corn’s inferiority to wheat, European settlers immediately saw the great potential in maize for feeding the poor peasant labourers of the European continent.

If corn is a sacred ingredient in Mesoamerica, it’s eerily apt to consider the fantastically monstrous effects it had on the European population after it was stolen and corrupted by European colonizers. Maize, without the process of nixtamalization, caused a wide-spread and horrific pellagra epidemic among European peasant labourers. Pellagra is an especially vile disease. A person with pellagra has an extreme aversion to the sun and develops scabs and scales across their skin. They have bleeding and deteriorating gums that cause teeth to appear like fangs. As their brain begins to deteriorate from the deficiency of niacin, they become demented and manic, and can’t sleep. They hide in the shadows, avoiding sunlight, unable to process most foods. It’s even been speculated that individuals suffering the effects of pellagra could have been driven by instinct to drink blood 6. 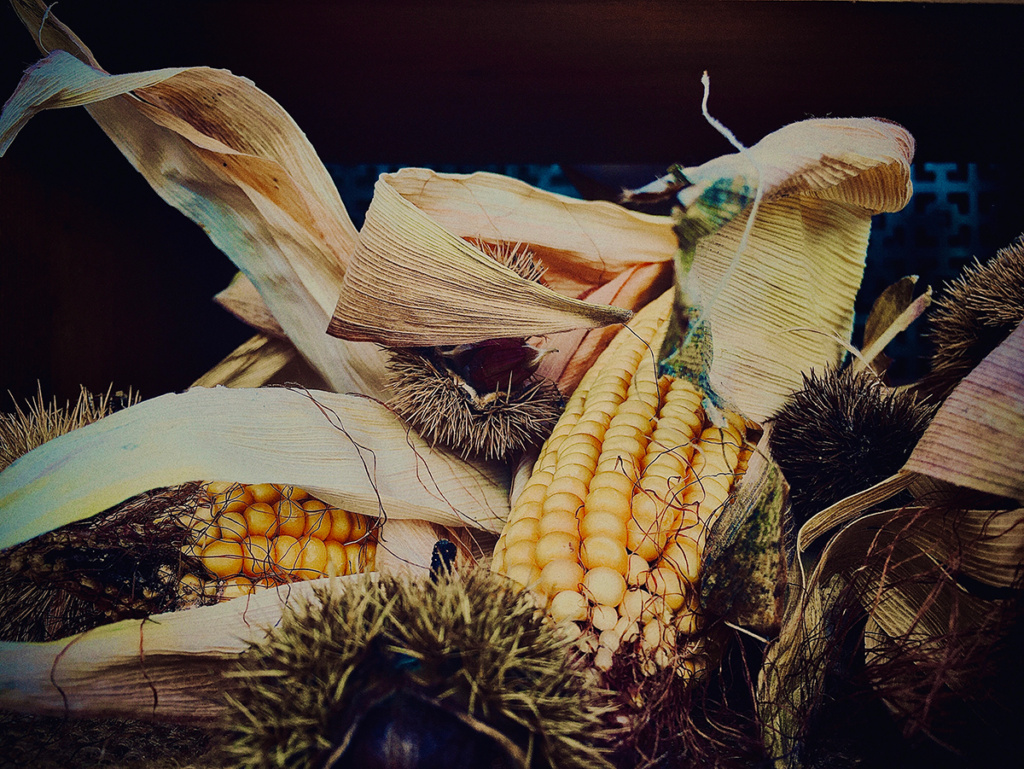 While peasants suffered the hellish effects of pellagra, blame wasn’t placed on the paltry sustenance landlords allowed their labourers nor colonizer’s failings at learning the cultural knowledge of maize from its homeland. Society, instead, viewed this new emergence of “vampires” as a disease caused inherently by poverty. The true cause of pellagra wouldn’t be known until 200 years after its first appearance. It wasn’t until the 1850s that pellagra was being referred to also as “malattia del padrone” or “illness due to the landlord.” The early 20th century brought two key theories on the disease: Firstly, that the diet of corn alone isn’t substantial for humans, and secondly, that some corn is ‘toxic.’ The latter opinion was convenient for landlords as it would take the blame away from their improper treatment of labourers and instead place blame on the toxic “foreignness” of the ingredient. It wasn’t until 1940 that pellagra was found to be caused by insufficient niacin from a diet of mostly un-nixtamalized corn. Quickly after the discovery, pellagra disappeared completely from Italy between 1950 and 19602.

“Society, instead, viewed this new emergence of “vampires” as a disease caused inherently by poverty. The true cause of pellagra wouldn’t be known until 200 years after its first appearance.”

Monsters are made of societal evils. Two hundred years of illness born on the bodies of the poorest labourers was a direct result of ethnocentrism, colonization, and agrarian capitalism. Today, pellagra is a mostly forgotten disease despite its recent history. Polenta has risen above its social status as a food of the poor and been embraced as Italy’s “other national dish.” The origins of maize, and its separation from its cultural process of nixtamalization, is rarely mentioned in the story of polenta. 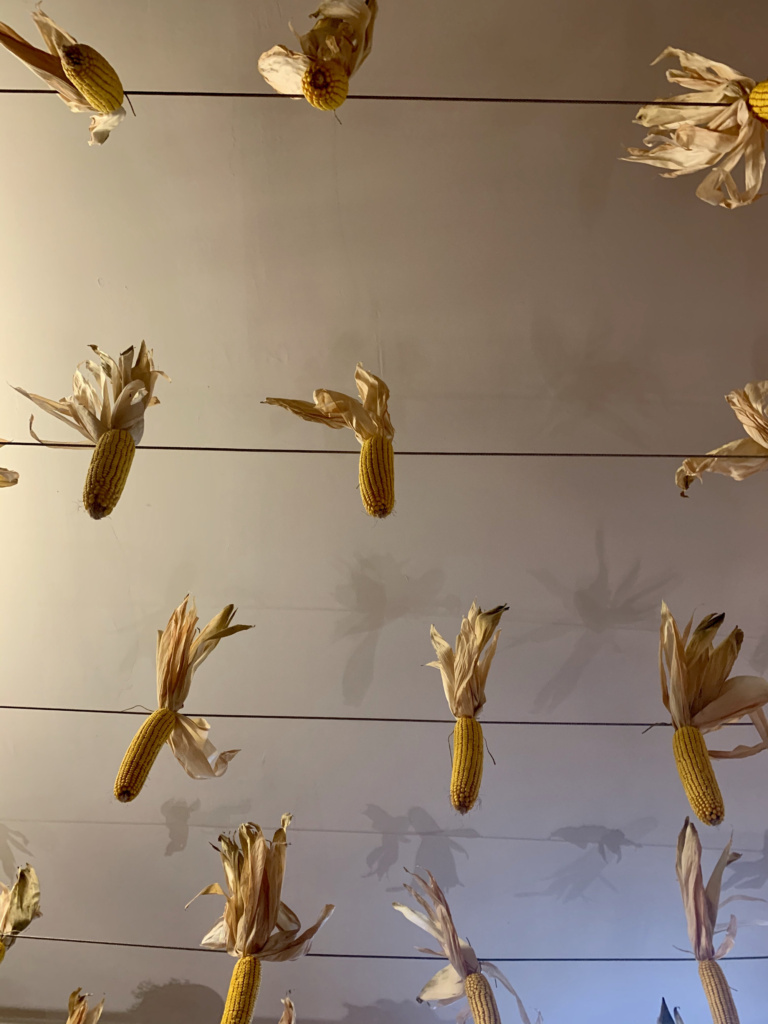 It feels especially relevant now, in a worldwide pandemic, a plague, if you will, that we are also grappling with our history and language of exploitation and colonization around ingredients and dishes. The importance of taking the time to learn the history and cultural relevance of a food isn’t only the dutiful choice, but in this case, it is a necessary and life-saving decision. The “Colombian Exchange” is often thought to be the exchange of European-born disease for “New World” ingredients. If we follow the lines crisscrossing the ocean we also see the sickness born of European ethnocentrism, brought upon their own people, in the form of maize without the process by which it becomes a sustainable food staple. Maize, displaced from its culture and used to exploit poor labourers, turns rancid. 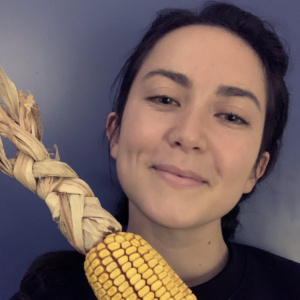 Chelsea is a Fulbright recipient and current masters student at the University of Gastronomic Sciences in Italy. She is focusing her studies on the intersection of food and social justice with a particular focus on labor and the wine industry. Chelsea is originally from Sonoma County, California, and has spent most of her career working in nonprofits specializing in food access programs and culinary-focused business development. Chelsea is interested in finding solutions for including labor as an essential part of sustainability models in the food and wine sector. Corn is one of her favorite foods because it connects her to her Guatemalan heritage, and is both beautiful and delicious.