A taste of the past or the future? 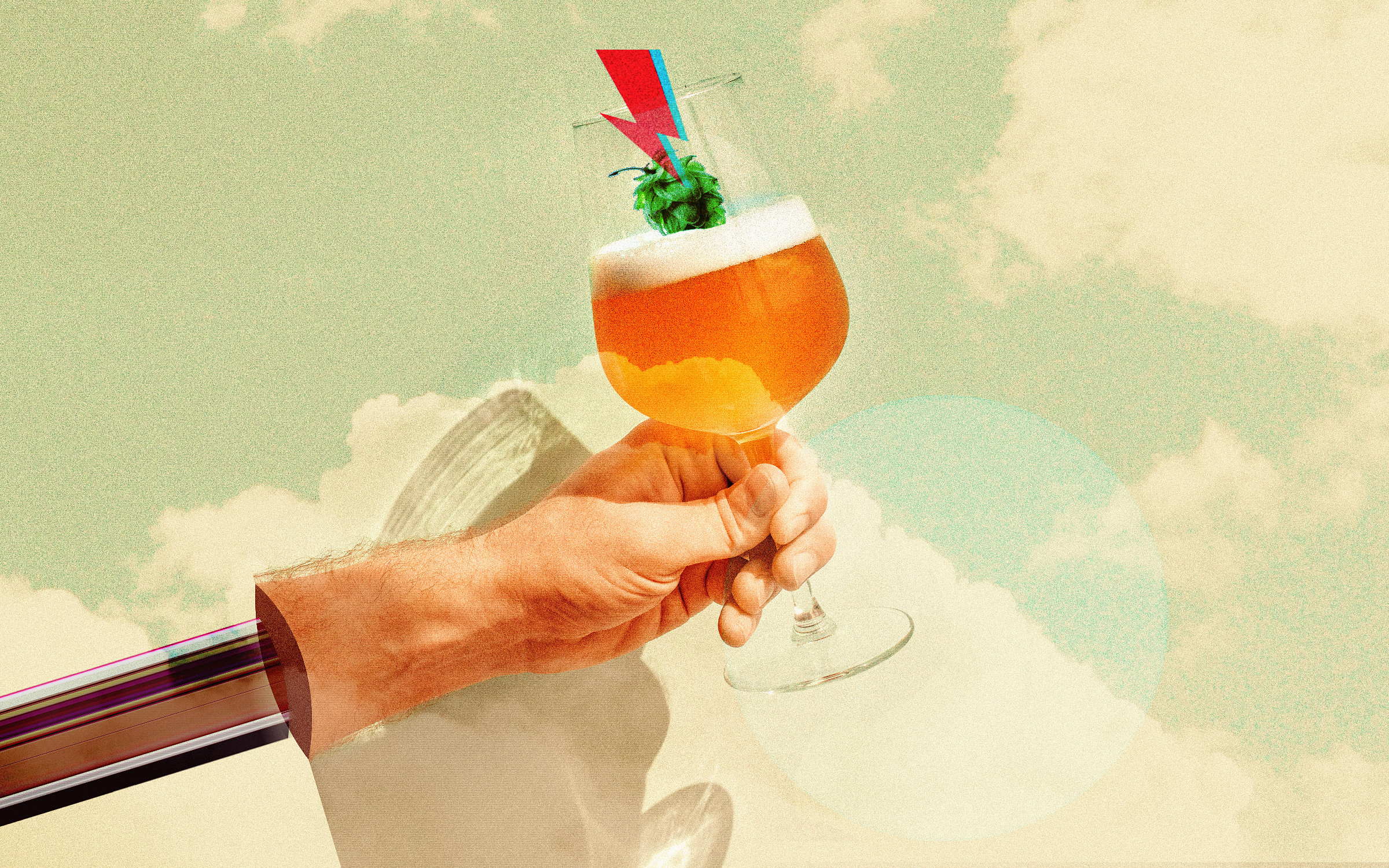 We all know about natural wine, but have you ever heard of natural beer? What does it mean? Why has it started to catch on in recent years, and will it ever fully replace industrial beer? To answer these questions, we must go back to the origins of beer, the knowledge of raw materials, and the awareness of the fragile balance governing our planet. In the beer world, this means caring about ingredients, production processes, and the people who, one way or another, contribute to creating a brewery.

Natural beer – that is, beer without filtration, pasteurization, additives, or coloring agents – maintains the character and naturalness that have characterized this drink since ancient times. It is brewed with just three ingredients: malt, water, and hops. While yeast is not considered an ingredient, it is also present in the beer-making process. When it comes to beer and choosing ingredients, factors such as territory, tradition, cost, and availability of raw materials come into play.

In the past, this drink was produced by laborers and peasants who needed to quench their thirst while working in the fields. So they began to collect old bread or leftover cereals from the harvest to produce beer. Today, beer-makers are paying homage to their ancestors by experimenting with different varieties of cereals and playing with flavors, colors, textures, and aromas, unleashing their curiosity, passion, and knowledge. This is possible thanks to a rule that allows barley and wheat malt to be substituted with other cereals up to a maximum of 40%, calculated on the dry extract of the wort, in commercial beer.

“Today, beer-makers are paying homage to their ancestors by experimenting with different varieties of cereals, playing with flavors, colors, textures, and aromas, unleashing their curiosity, passion, and knowledge.”

An example of this is the Casa Veccia Microbrewery in Camalò, Treviso. This small business was established in 2010 when Birraio Ivan Borsato decided to give life to a new concept after having a couple of years of experience as a homebrewer. He says: “I wasn’t even a big fan of beer; I had only taken a few courses as a sommelier, but when I started to brew beer at home, I fell in love with it, and that’s when the project started.”

The aim was to create a product that tells the story of roots and traditions and that, by making its way into the world of food and restaurants, could become the missing puzzle piece in the pairing and tasting pathways. This is done by creating a unique union between food, beer, and people and, simultaneously, developing a good and satisfying product that can be enjoyed even – or especially – when consumed alone. This approach was atypical for the market in those years, where beer consumption mainly was associated with festivals and village fairs. Instead, Ivan followed the restaurant business trends, giving voice to his artistic side and creating original and appealing bottles while enhancing the territory and its resources. A return to the roots, a combination of past and present, a dance between ancient knowledge and innovation. Over time, products resulted from meetings, friendships, and collaborations, each an explosion of flavors that taste like tradition.

An example is their “Biancoperla” beer, made in partnership with the Azienda Agricola Borgoluce, created according to the “Farmhouse Ale” style, recalling the ancient brewing methods, where farmers used the cereals they had to store them and consume in case of need. This suggested that the purpose was not to waste any raw materials but to benefit from what nature offered to those who worked the land. In the case of this beer, the grain used is Biancoperla corn, a pillar of the Venetian tradition and Slow Food Presidium. But, the same is true when they used ‘winter flower,’ which allowed the creation of “Radicchio,” a high fermentation farm Ale made with Kolsch yeasts. This beer results from the friendship between Ivan and Paolo Manzan from the “Nonno Andrea” farm in Villorba. Both concentrate on tradition, highlighted by the bitter and herbaceous notes given by the infusion of Radicchio di Treviso IGP. Ivan reminds us that radicchio is a complex ingredient to handle: “When you brew with seasonal products, you have to guarantee that the beer will be ready for consumers in the same season it is brewed. Therefore, it is important to know how to shorten times and stabilize the product. In this case, we dry fresh radicchio and use it in the next season.”

Going through his beer list, we can see that Venetian tradition is not the only influence present: above all, there are also constant reminders of the peasants, who first needed to create a beverage that suited their efforts and resources. For example, the “Stay on” beer is made in the “Belgian Saison” style, which recalls the style adopted by Belgian laborers. Every year, they would mix different cereals (such as barley, spelt, oat, rye, and wheat) to brew their beer and infuse different spices, such as chamomile, anise, and black pepper, to appease the firm acidity caused by spontaneous fermentation.

However, the beer world has evolved – as all things do – leading to significant changes. Over time, the production process and the way of approaching the market and the client have changed, as well as the demand and the objectives. Moreover, there has recently been a change in the type of customers due to the spread of Covid-19 and the need for companies and restaurants to adapt to this unstable situation. For example, about 80% of the sales at Casa Veccia Microbrewery used to come from the HoReCa sector, while only a tiny part of the production was destined to direct sales. However, with the spread of the pandemic, the numbers reversed.

“True artisans will be those able to enhance agriculture, and the territory of their products in their beers, limiting outside ingredients as much as possible. “

The increasing consumer interest is also certainly contributing to the evolution of this industry: “By now, it is easy to find a beer that is beautiful to look at, and it is not difficult to find a beer that is good to drink.” I would add that it is also not unusual for consumers to be informed about what they drink and, therefore, look for quality products that are different from the classic easy-to-drink beer. The beer world is full of competitors who constantly grow and affirm their position in the market to offer just that.

This is how Ivan expresses his thoughts about how craft beer has evolved and spread in the last few years. The sudden growth in craft beer production has made it essential for producers who care about this concept to reconnect with the land. True artisans will be those able to enhance agriculture, and the territory of their products in their beers, limiting outside ingredients as much as possible.

And so, Ivan is taking slow but calculated steps, constantly changing things: “First we are going to improve the Frasca, then the store, then the accommodation, and, finally, we are going to become farmers.” This last step will allow them to self-produce the necessary raw materials and give an even more substantial territorial value to their products, selling their beer through the bottle and label. 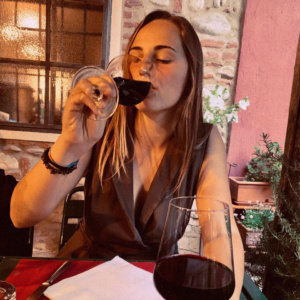 My name is Alice Peruzzo and I am a second-year student in the three-year course at the University of Gastronomic Sciences. I studied cookery in high school and worked as an assistant cook in various restaurants. This path has allowed me to travel and have experiences that have fed my passion for the world of food, while also helping me to explore other fields such as wine and beer.