The Most Important Quest of Our Time 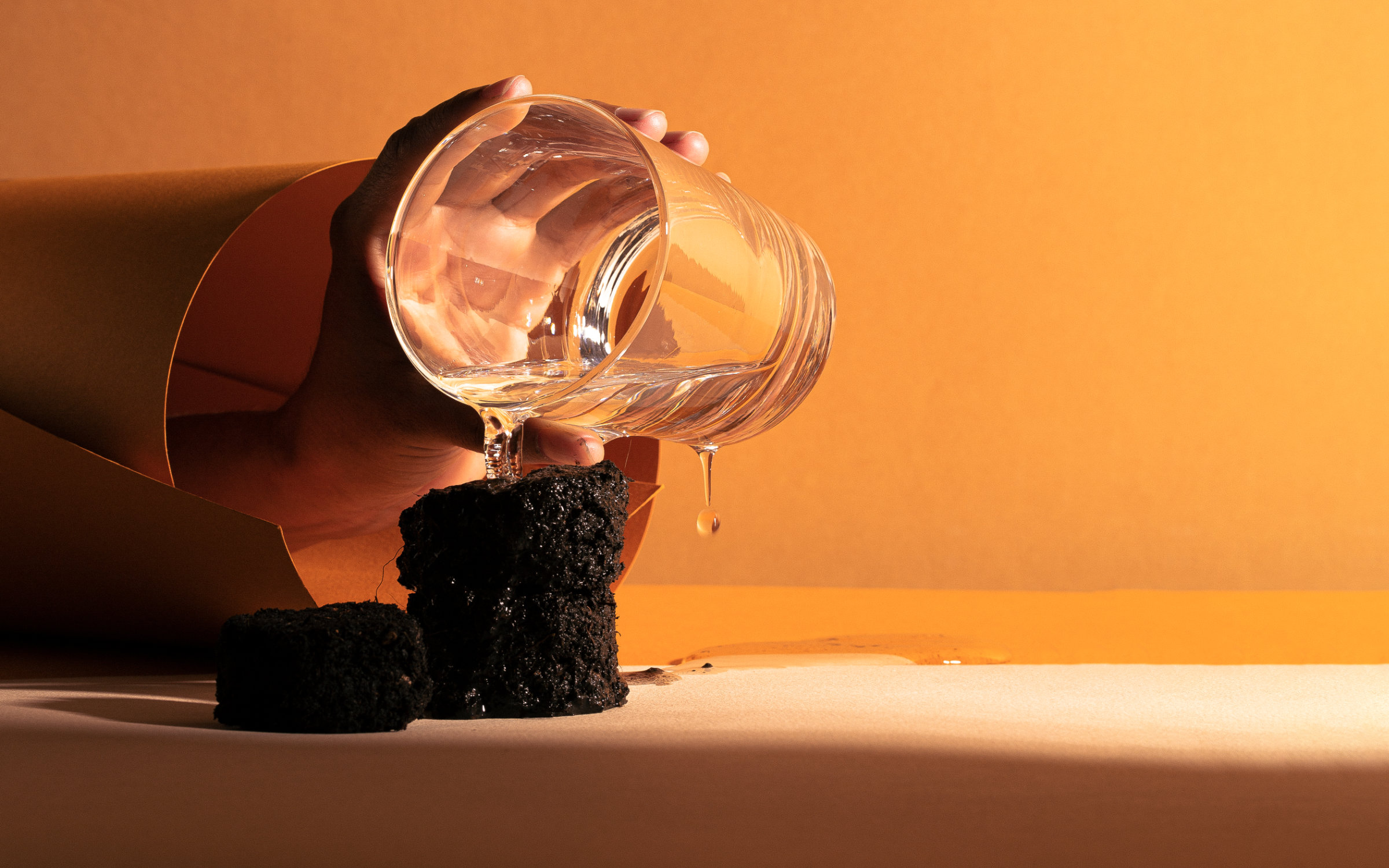 What is indispensable for our survival but gets, nevertheless, trampled by our feet on a daily basis?

You might have already guessed it! I am, of course, talking about soil. Capital S soil. Together with water and oxygen, it is the most important life-enabling substance on this planet. Hardly any terrestrial ecosystem could exist without this beautiful, fertile goodness. Ranging from light and dry to heavy and wet, from black and grey to brown and red, its texture and appearance is almost as varied as the many ways we humans are entirely dependent on it.

Yet, in our society, it is not considered at best and taken for granted at worst. After all, it is just ‘dirt’, an inert commodity that ought to be there and to function. Right!?

My interest in everything soil started many years ago during a spectacular trip along the northern part of the river Nile, Egypt’s liquid lifeline that enables it to thrive amidst the unforgiving Sahara Desert. Seen from outer space, it looks like a long-stemmed, sap green mushroom wiggling its way through an endless sea of windswept sand.

Having one day conquered a tall dune looming over the lush banks of the storied river, I began to wonder: What was the driver behind this extreme contrast? Thriving, lush vegetation along the river and a dry desert, completely devoid of life, just a few meters away from it. Obviously, it had to do with the availability of water and soil. But how exactly 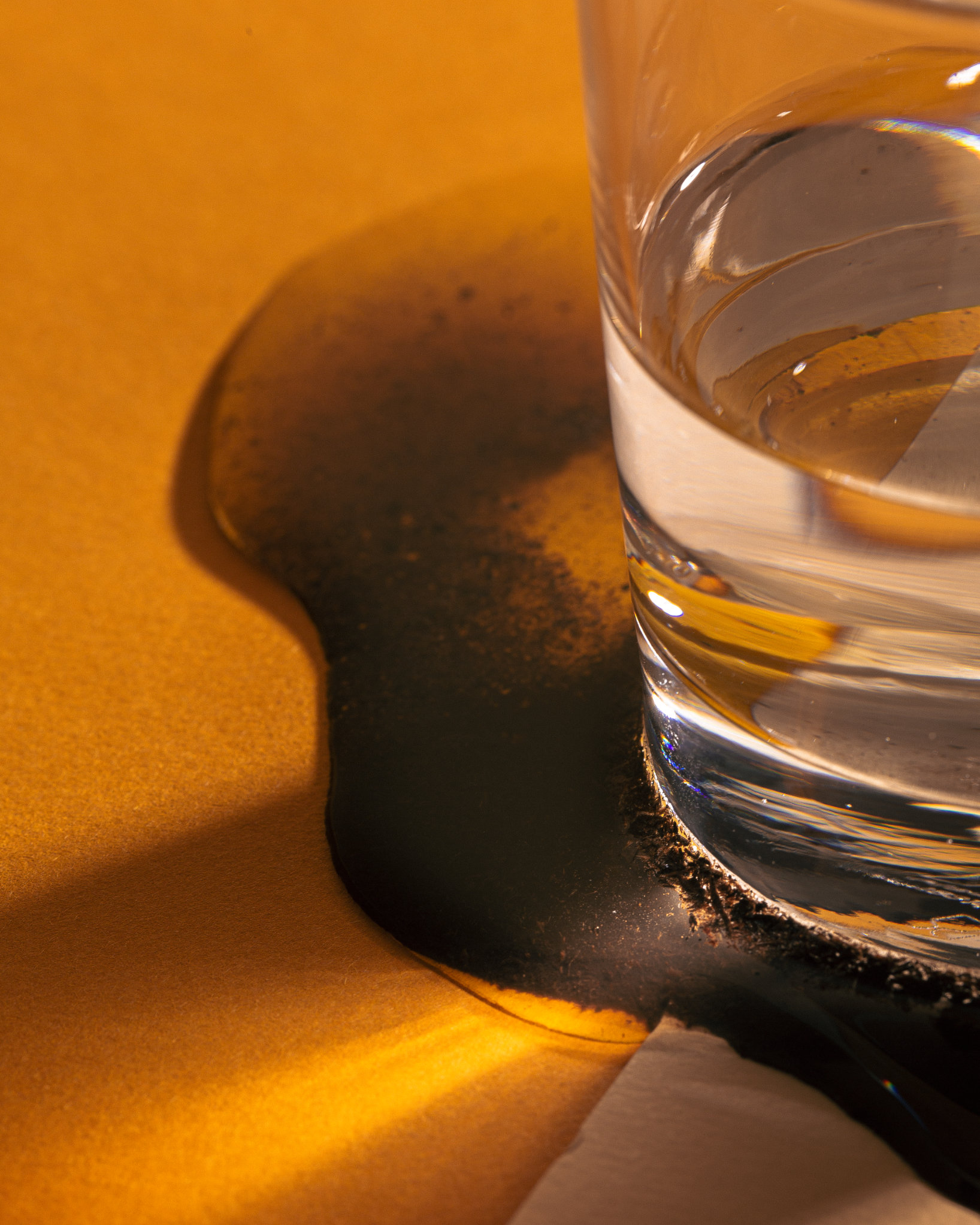 To understand it, I had first to grasp what soil actually was. I knew that it was somewhat essential for life itself, yet I had never really thought much about how and why. Having been fortunate enough to grow up in countries that, up until recently, never had had to face the horrors of desertification, the thought simply had not crossed my mind. It took a trip along the legendary Nile to finally pique my interest in one of the most important topics of our time.

Kicking off my soil quest, I decided to start right at the beginning. Maybe if I knew how soil was formed in the first place, I would better understand what it exactly was and why it was so important for life! No sooner said than done, a fascinating story began to unfold.

Soil begins its life as an inert mass of ground rock, the so-called ‘parent material’. Itself the product of weather and erosion, it consists only of mineral particles. Much like the sand dune I had scaled in Egypt, it is bone dry, crunchy, and impossible to compress. With no real ability to hold water, store nutrients, or generally provide a nurturing home to life, this is what soil looks like at its poorest. It just sits there and awaits its time to shine, much like the basic, dry ingredients of a chocolate chip cookie.

“So, what transforms these lifeless, sandlike ingredients into the soil equivalent of a tasty cookie? It all boils down to the all-powerful microorganisms, makers and maintainers of the biosphere, masters of the universe.”

So, what transforms these lifeless, sandlike ingredients into the soil equivalent of a tasty cookie? One that could fuel the lush riparian vegetation I had seen alongside the Nile?

It all boils down to the all-powerful microorganisms, makers and maintainers of the biosphere, masters of the universe. They are the ones who transform sand into fertile soil and dry baking ingredients into uber delicious cookies. However, before they can work their magic, they have some minimum workplace requirements – one being above freezing temperatures, the other an, at least infrequent, access to water. As the prime facilitator of life on earth, water enables microbial activity, whether in cookie dough or buddying soil. However, as with anything in (microbial) life, there can also be too much of a good thing. Faced with too much water or too much heat, they have no choice but to go into an all-out strike.

Once their minimum workplace requirements are met, billions upon billions of microbes begin to busily feed on the simplest of chemical compounds already present in the sand-like parent material.

Left to its devices for thousands of years, the buddying soil begins to metamorphose into the world’s most epic sourdough. Further weathering and dust particles blown in by the wind ensure a constant feeding while the temperature and water availability regulate the speed of soil transformation. Slow in the cold and fast in the warmth, the microbes accumulate copious amounts of organic deposits that ultimately build up the soil to a point where it can support higher forms of life. The first pioneering plants like moss and algae, along with lichen and fungi, start to thrive. Through their constant growth and die-off, layer after layer of dead plants, the first animal tissues and other organic matter slowly begin to amass both above and below ground. All fuel for the ravenous soil microorganisms, now present in infinite numbers and joined by new reinforcements from the macroscopic world. Busily decomposing, breaking down, and recycling 24/7, they create highly fertile soil, so-called ‘humus’. The very basis of all complex terrestrial ecosystems, be it grassland or tropical rainforest. What is described as ‘making dough’ in the realm of cookies is poetically called ‘pedogenesis’ in the world of soil.

However, soil does so much more than just serve as a growth medium and habitat for plants and animals. It is also a natural purification system for water, a regulator of biogeochemical cycles, and a recycler of raw materials. Powered by the pure might of micro-and macroorganisms, soil is the environment’s engine room.

Ultimately, it was those tiny engines, which, together with some water and warmth, introduced life to an otherwise lifeless world and allowed lush riparian vegetation to grow amidst the world’s largest hot desert.

Having understood both the origin story of soil and its immense importance for our planet, I began to wonder if there was any variation?
I would soon find out that there is almost as much variety in soils as there is in cookies. Depending on the type of parent material, climate, topography, biological factors, and time, soil scientists define 12 soil orders which, in turn, have up to 2,400 different subgroups.

Most interestingly, though, when only considering the type of vegetation it develops under, soil can be very broadly grouped into two types: grassland soil and woodland soil. Being an incredible fan of everything trees and forests, I was, of course, excited to learn more about their differences. (It goes without saying that I was rooting for woodland soil to be somehow better!)

My initial excitement would subside relatively quickly. As it turns out, grassland soils are seemingly superior; by far! Not only are they often much thicker than woodland soils, but they also sport up to twice the amount of organic matter. As incredible as it was reading about the famed Chernozem and prairie soils of the world, it was a little disappointing from a tree lover’s perspective.

It wasn’t before long, however, that my soil quest took an exciting turn. I had found a treasure trove of research papers that postulated that woodland soils, in particular the one formed by hardwood stands, had an incredible ace up their sleeve: They seemed to be much more resistant to degradation than their grassy counterparts! An extraordinary feature to have in a world increasingly threatened by severe land degradation.

If there was a type of soil that was more resistant to degradation, this could be a major gamechanger. But what makes woodland soil supposedly more resistant than grassland soil?

It all comes down to a difference in pedogenesis and the very structure of soil. Imagine my delight when I read that the incredible thickness of the grassland’s humus layer was a bit of a sham. As they are naturally only found in low rainfall regions, there is often not enough water available for microorganisms to break down all the organic material that rapidly growing grasses produce. This meant that a considerable portion of that ‘thick layer of humus’ wasn’t actually humus but undigested organic material. So, if, for some reason, more water does become available, or microorganism activity is activated through, e.g. farming practices like tilling, they quickly process all the left-over organic material. The result is the humus layer rapidly deflating to a more realistic thickness. Something forest soils had all along, as they generally exist in areas with greater water availability.

Now, literally, on a much more equal footing, the prevalence of a certain complex polymer gives forest soil the all-important edge. I am talking of lignin, the second most abundant organic polymer on earth, only superseded by cellulose. Critical in forming cell walls, giving them rigidity and rot resistance, its three-dimensional structure is one of nature’s most complex creations. While grasses have an average lignin content of 13-18%, trees boast 15-40%. This tough to break down, yet still full of valuable nutrient lignin is also represented in the soil. Consequently, it seems to not only give the soil more structural stability but also much longer-lasting fertility. 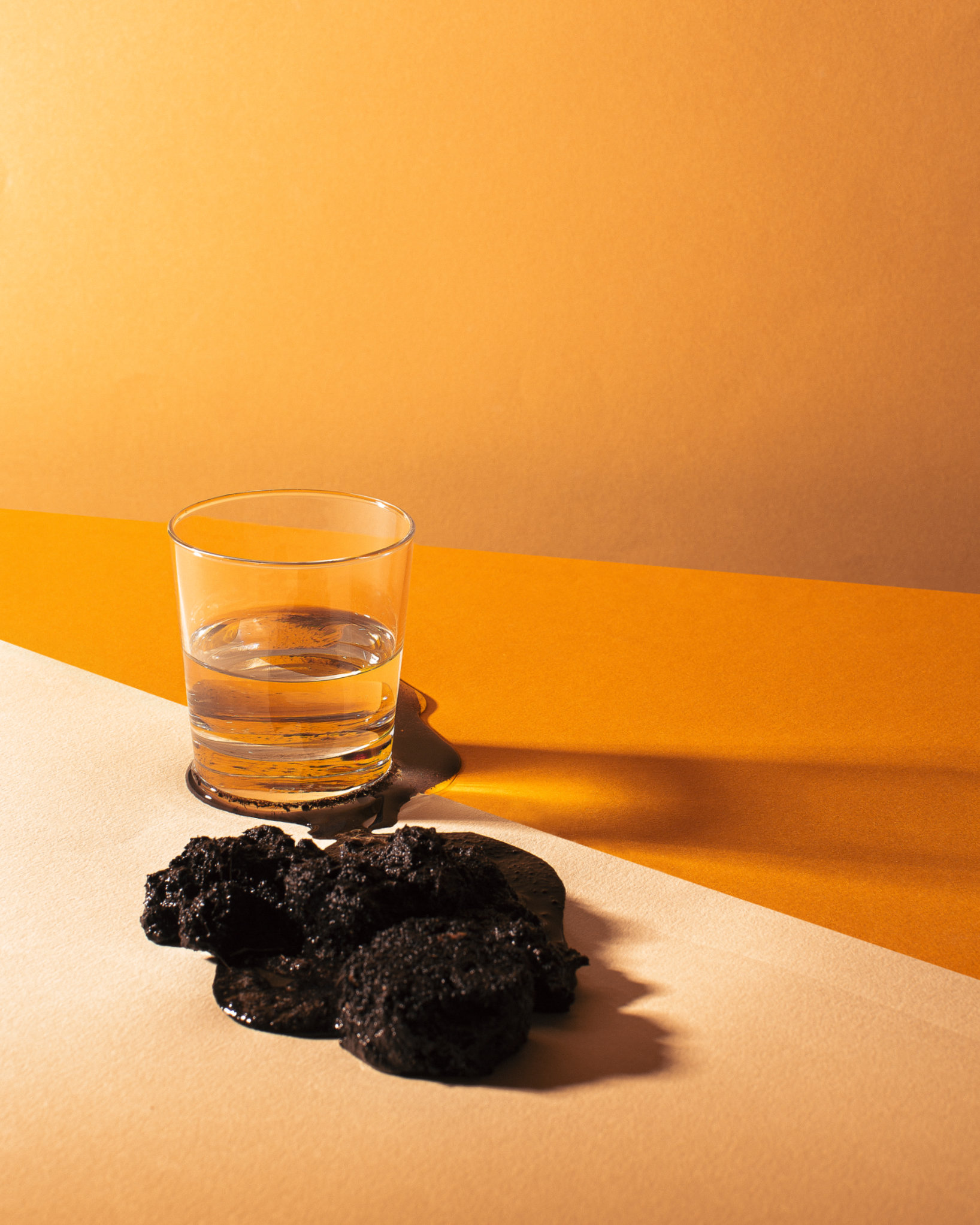 The all-important question now was: How can we transform our planet’s threatened lands into the soil equivalent of highly delicious chunky chocolate chip cookies?

Having explored the story of soil, from lifeless parent material to highly resistant woodland soil, for me, the answer was clear. Only by bringing the forest back onto our fields will we ever be able to further prepare the earth’s soils for generations to come.

Exciting advancement in the field of agroforestry like Syntropic agriculture, whereby rows of trees and woody shrubs are incorporated successionally in agricultural enterprises, is one fantastic example. So is the incorporation of so-called ‘Ramial Chipped Wood’ (RCW), meaning the use of chipped tree parts, branches, twigs, and leaves rich in nutrients, sugar, protein, cellulose, and lignin, into existing field soils. If sourced either through coppicing or by recycling pruned branch materials, RCW is not only highly sustainable but has shown to renew, rehabilitate and reconstruct degraded soil in temperate and tropical settings. Also, the ancient silvopastoral grazing systems, whereby tree crops are grown on pastures, simultaneously increasing productivity, resilience, and biodiversity, is another tree-based solution to many of our most pressing environmental issues. Then there is, of course, the reintroduction of extraordinarily diverse and highly productive hedgerows into monocultural deserts, simultaneously addressing problems like ecosystem fragmentation, wind erosion, and insect die-off.

Altogether, it’s safe to say that a fascinating plethora of methods to turn our barren fields into highly productive agricultural systems already exists today. But ultimately, it is down to us to follow the example of the trees and make our soils truly immortal.

Combine softened butter and sugar in a mixing bowl. Incorporate the egg in the mixture. Next, stir in the sourdough starter, followed by the flour, salt, and baking soda. Be careful not to overmix. Finally, add the chunky chocolate chips and refrigerate for 15min or overnight.

Preheat the oven to 180°C. Bring the dough to room temperature before dropping spoonsful of dough on a parchment-lined baking tray. Bake for 6-8min for a chewier cookie or 8-10min for a cake-like cookie. 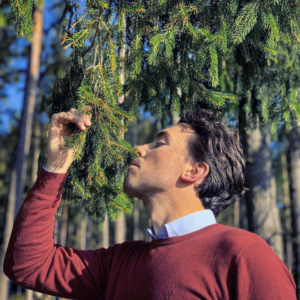 Award-winning author of “The Flavor of Wood”, ecologist, and food communications expert working at the intersection of food and forest ecosystems. UNISG graduate. He divides his time between Vienna, Austria and Nova Scotia, Canada.