Welcome to the Future

A New Era of Energy 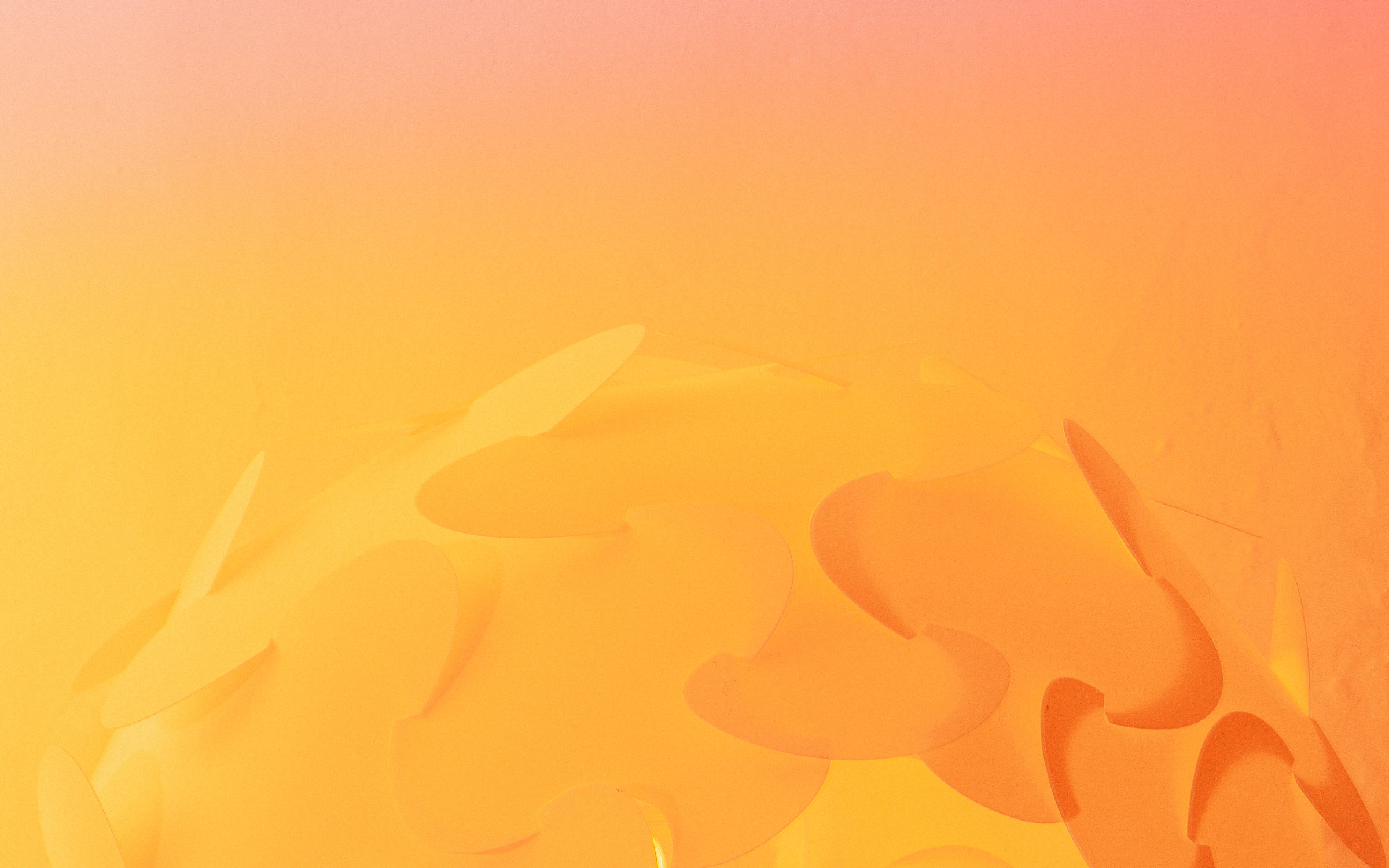 Energy is essential in food production. So, what if we could find a way to make renewable energy generation and food production reinforce each other? Well, I believe – and hope – that that is what the future looks like.

In 2016, I studied at the Energy Academy, part of The Association of European Renewable Energy Research Centers (EUREC). One of the classes I remember most vividly is the two-day masterclass of Søren Hermansen. From 1997 to 2007, Hermansen led a project on the island of Samsø, aiming to showcase that cutting greenhouse gas emissions by 21% was achievable. In fact, within ten years, this island, with 112km2 and less than 4000 inhabitants, produced more renewable energy than it consumed. Even more remarkable than managing to be carbon positive, it was almost completely financed and realised by the inhabitants of Samsø themselves.

The energy transition on Samsø had been realised by creating synergy, plus the investments of different inhabitants. Moreover, more than 70% of the wind turbines – there are ten onshore turbines and eleven offshore turbines in total – are owned by locals, which stimulates the local economy.

Another thing that stayed with me, even though I was not yet studying food at the time, was the mussels that had started to grow spontaneously on the steel foundation of the offshore wind turbines.

Last week, I wrote to Søren Hermansen, and he kindly replied that he is still harvesting mussels from the foundations of the offshore wind turbines. Together with his neighbour, he even invented a rack to scrape them from the steel walls. He attached a video showing the process, surrounded by nothing but the sea and wind turbines – a beautiful, almost surrealistic image. The mussels are actually great for the environment as well, as they filter toxins, bacteria, and metals from the water, thus, significantly improving its quality.

Their shells are made of calcium carbonate, which means that they permanently remove carbon from our seas and oceans, which are a large carbon sink, capturing carbon from the atmosphere. At the same time, shellfish are threatened by ocean acidification since lower pH levels, caused by large amounts of carbon dioxide, make it hard for them to form their shells.

The foundations of offshore wind turbines are not only home to mussels, but also to various other organisms, which, in turn, will attract larger sea creatures (such as fish) up the food chain. In this way, a new reef, and, in the next step, a new ecosystem is formed.

Hermansen told me that there is no negative impact on the foundations of the wind turbines or on maintenance operations. The mussels at Samsø are quite large, and according to Hermansen, “they are just good, it is good fun, and good for the environment too. We smoke them, cook them, and eat them with great joy’’. They harvest about 1000kg per year, and they are not used for any commercial activity whatsoever.

This is not the only project I came across in which food and energy create synergy. In 2017, I started my graduation internship at the consortium for the development of geothermal areas in Tuscany. In 2009, in collaboration with Slow Food Tuscany and the Slow Food Foundation for Biodiversity, the consortium founded the Renewable Energy Food Community (CCER: La Comunità del Cibo a Energie Rinnovabili Della Toscana). This community consists of local businesses operating in the food industry, all following the three member requirements of the CCER:

At the end of the 18th century, vapour from the underground was first used to extract boric acid from volcanic mud in Laderello, Tuscany. In 1904, the Italian entrepreneur Piero Ginori Conti tested the world’s first geothermal power generator there, which used dry vapour from the geothermal well to generate electricity. From then on, geothermal energy was used in the area. Today, most producers still use it as it is so abundant in the area.

Geothermal vapour and superheated water can be used for (green) electricity generation and for direct heating, industrial processes, and in the food and agricultural sector. As it is one of the renewable energy sources that does not depend on weather conditions, geothermal energy has the big advantage of providing energy security, which is important to keep the electricity grid stable.

For my graduation thesis, I did an environmental and economic case study of the beer production of a Tuscan brewery. In other words: I researched how sustainable the process was, including the energy use, water consumption, ingredients, packaging, detergents, and, after that, how the process could be made more sustainable, without compromising the quality of the beer, and how the brewery could stay economically viable at the same time. 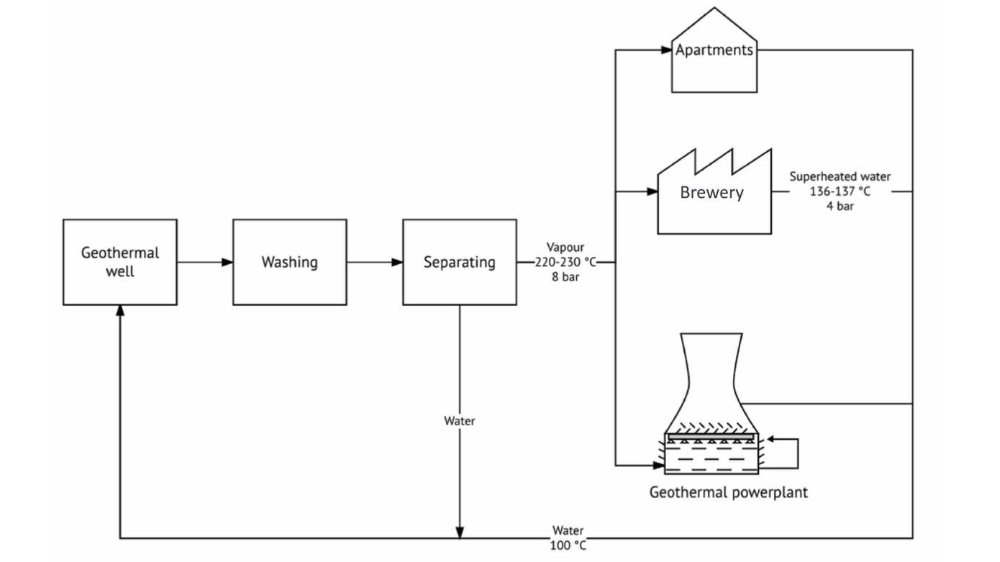 The brewery does not only use geothermal heat in its process but also electricity derived from geothermal energy. The power plant uses hydrothermal flash technology for the generation of electricity. With this method, fluids from the geothermal wells are brought to the surface, where water with salts is separated from the vapour. This vapour drives a turbogenerator for power production. Afterwards, the vapour is condensed, and non-condensable gasses are released into the atmosphere via a cooling tower (partly with the non-condensed vapour). The water (condensed vapour) and salts are reinjected into the geothermal reservoir.

Lastly, we have vitivoltaics, a fancy word for solar power generation in vineyards. I came across it recently when I went to the Puglian countryside for a work trip, inspecting a wind turbine in a beautiful field full of flowers. Next to it was a vineyard and as the engineer who told us about the wind turbine happened to be a sommelier, the conversation quickly shifted towards wine production, vineyards, and vitivoltaics.

Vitivoltaics is a form of agrivoltaics, which refers to the use of a piece of land for agricultural production and the generation of solar power at the same time. Japan is the leader in this field. Already in 2004, they started developing demountable solar panels specially designed for agrivoltaics. More than ten years later, over a thousand open agrivoltaic plants have been successfully installed in Japan. The technology is now also emerging in Europe, where test locations are being built in more and more places, such as in the Netherlands and France. Italy is investing in agrivoltaics as well. In fact, the Italian national recovery and resilience plan (post-covid-19) has the objective of installing a production capacity from agrivoltaic plants of 1.04 GW, which would produce approximately 1,300 GWh per year (an estimated reduction of greenhouse gas emissions of 0.8 million tons of CO2-eq).

The three main methods used in agrivoltaics are:

1) Photovoltaic modules with space in between the rows of panels for the crops to grow. Light can shine through between the solar panels. 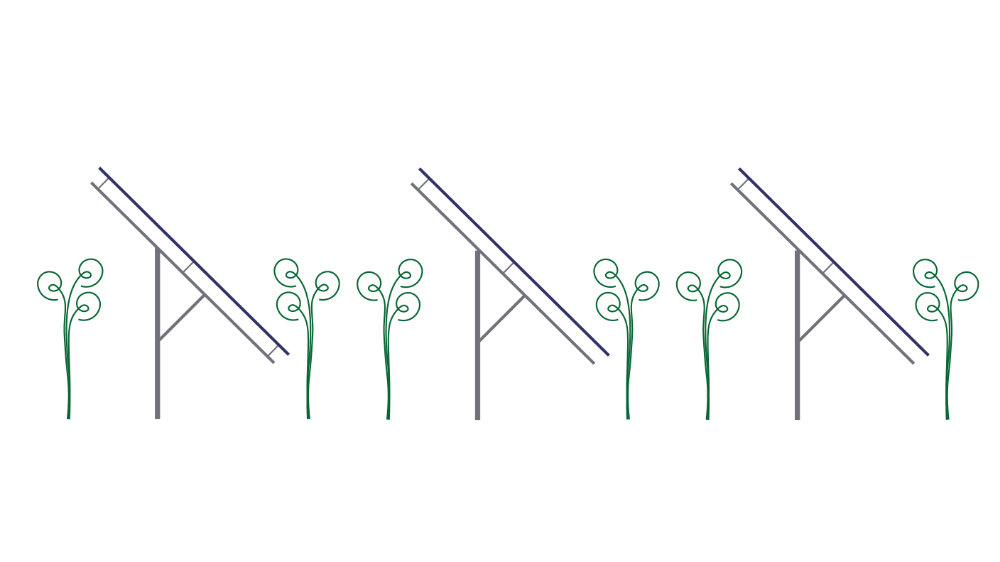 2) Photovoltaic modules above the crops. Here, the solar panels are elevated at least 2.5 meters above the crops, leaving enough room for tractors to pass through underneath. Some models are detachable, and some (automatically) adjust the tilt of the panels, depending on the sun’s position. 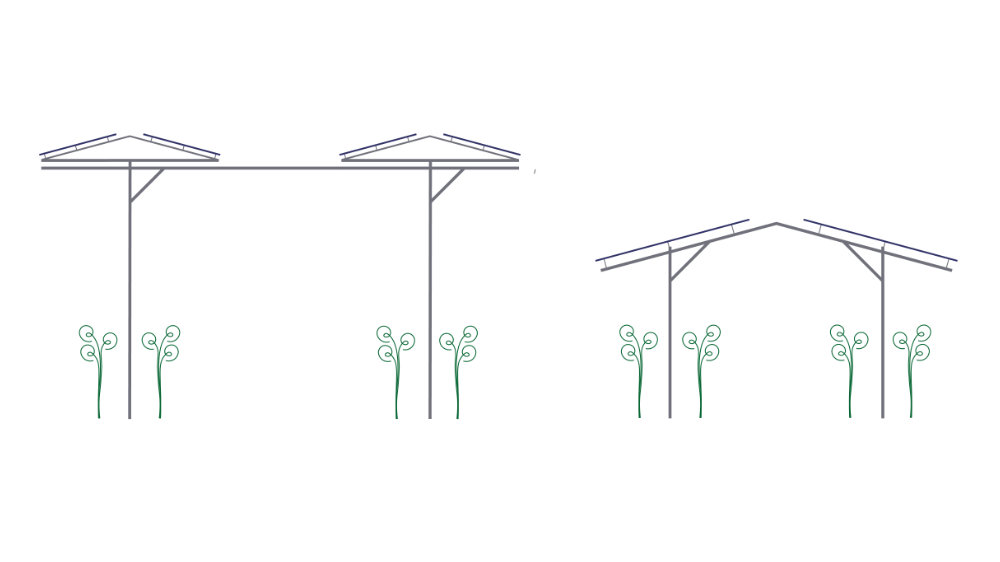 3) Greenhouse photovoltaic modules, whereby solar panels are installed on part of the roof of a greenhouse or even as a photovoltaic tunnel. 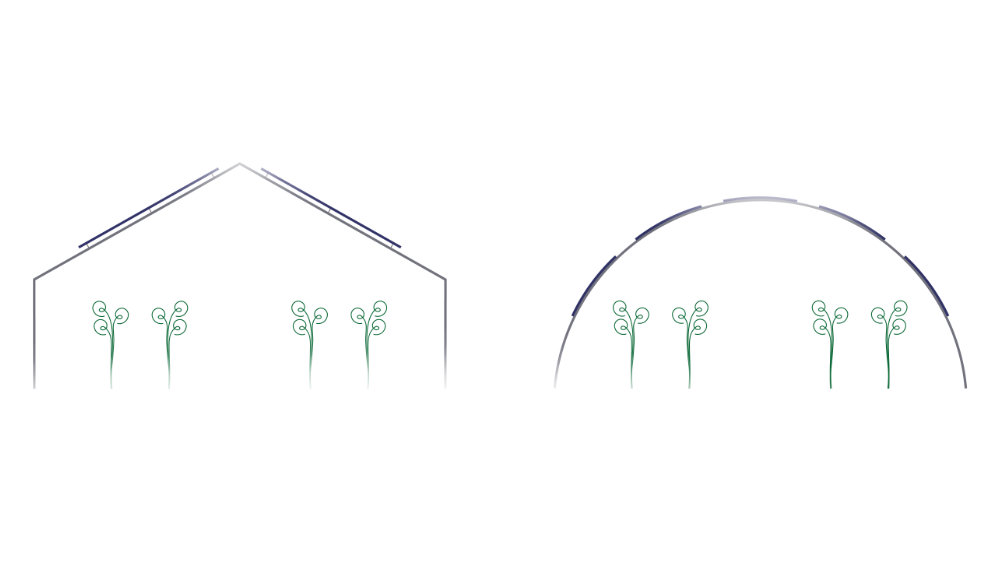 One of the advantages of agrivoltaics is that the solar panels can replace plastic arches, which are not very sustainable and can easily be destroyed by bad weather, in protecting the crops from storms, heavy rainfall, hail, and drought. Such protection is becoming more and more important since the impact of climate change is increasingly noticeable and brings higher risks of yield loss.

Photovoltaic roofs can also be semi-transparent, which results in a lower energy yield, but allows more sunlight to reach the crops, with faster-growing plants and larger fruits as a result. The amount of sunlight needed is highly dependent on the type of crop, and the right equilibrium must be found to generate the largest yield for both crops and power generation.

For certain crops, shade is beneficial. In a 2016 study, an agrivoltaic system was combined with shade-resistant crops, which resulted in an increased crop production of over 30% (Dinesh, H., Pearce, J.M., 2016). This principle could work well for most leafy greens, such as spinach, lettuce, chard, basil, and kale, that grow bigger in the shade. A solar panel has a lifetime of about 30 years, making it more attractive to combine them with perennial crops, such as fruits and vines, since they don’t need replacement often.

For now, agrivoltaics is not possible on every piece of land – slopes make it difficult to install it, and old vineyards might have a too short distance between the vines that does not leave enough space for the panels and their maintenance. In some countries, adjustments to current policies and regulations are needed before agrivoltaics can be realised, for instance, when installing solar panels on arable land is legally prohibited.

Another disadvantage is that the frames of solar panels, for agrivoltaics, are more expensive than in normal solar farms since more steel is needed to cover the height of the much taller frames. They also have a lower yield per square metre, as the production of crops means less space for PV panels. Finally, the sustainable energy investor is often not the same person as the farmer, which can cause dissonance between energy generation and the yield of the crops underneath.

Despite these disadvantages, there are some success stories worth mentioning. Let’s start with a berry farm on the border between the Netherlands and Germany. This is a fully operational berry farm, which partly uses agrivoltaics and partly does conventional farming, protecting the berries with plastic arches. The project was set up by an energy company that researches agrivoltaics in collaboration with WUR (Wageningen University & Research). The solar panels have a total capacity of 2.67 MWp (energy for approximately 100 households), and they are spread over a 3.3 hectares raspberry plot (BayWa r.e., 2021).

Another project can be found in the southeast of France. A company specialised in agrivoltaics uses vitivoltaics with the black grenache grape, whereby 280 solar panels were placed over 600m² of vines (of a total of 1,000m² of vines) at a height of 4.2 meters. The total generation capacity of these panels is 84 kW. The panels are moveable, using artificial intelligence to be able to get the highest electricity yield possible. Performance research showed that the water demand was reduced by 12-34% compared to the uncovered vines. They even claimed that the aromatic profile of the grape was improved by 13% more red pigments and 9-14% more acidity (Rollet, C., 2020).

Unfortunately, I have never tried wine produced using vitivoltaics, but I am very curious! It was hard to find any information about their impact on the taste, other than improved pigments and acidity – even though I’m not sure if heightened acidity can even count as an improvement … I guess it depends on the wine. Either way, we will probably find out more about the impact on these wines’ taste profiles in a few years. While these projects and the technology behind them are still in their infancy, in my opinion, they have a lot of potential. After all, we’ve already seen the first success stories.

So, what do all these examples, the wind turbines with their mussel population, the geothermal energy and the beer production, and agrivoltaics have in common? The energy generation is decentralised and local, which means that the production is near the consumption. And these were only three examples of how energy generation and food production can reinforce each other. We can expect more innovations in the near future, and I am looking forward to it. 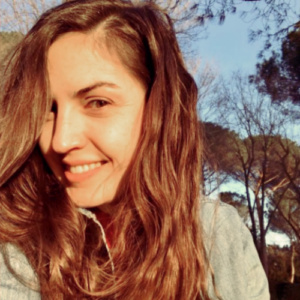 She studied Science, Business, and Innovation and holds Master’s Degrees in Sustainable Energy Systems Management and Gastronomy. In 2018, she started her own company and has been working as a freelancer on a wide variety of sustainability projects.