Freaky Pairings Episode I: Some Kind of Kartoffelpuffer

The idea for this dessert came to me as I was thinking about an unconventional dessert, which used seasonal ingredients sometime around last Christmas. As I really enjoy hearty deep flavours, I immediately started thinking about what was around me at the time.

I don’t really know why, but a memory of my childhood best friend came up as I tinkered with the idea of basing a dessert on potatoes. His mother is from Bavaria and when we were children she often used to make us these potato pancakes to be eaten as a savoury dish or with an assortment of sour cream and jams. Known as Kartoffelpuffer or Reiberdatschi, the dish has German as well as Bohemian-Austrian roots and is a staple on European Christmas markets and as a meat-free Friday meal in Rhineland, where it’s usually combined with apple sauce. There was my starting point!

Vecchi Samperi is nothing else than Marco de Bartoli’s interpretation of a Marsala wine, made using the classic metodo perpetuo, meaning that each barrel is aged for 20 years and is being refilled with 5% of that years must from the same grapes every year. This way the wine acquires that deep, multilayered complexity which I immediately found addictive. It seemed so appropriate to pair such an unusual and relatively simple dish with something that could add sweetness and freshness at the same time without striding too far from the deep, earthy dark flavours of this dish. Served slightly chilled with a fearless pour it weds beautifully with the potato, hazelnut and caramel of the dish leaving you craving another sip after every mouthful. 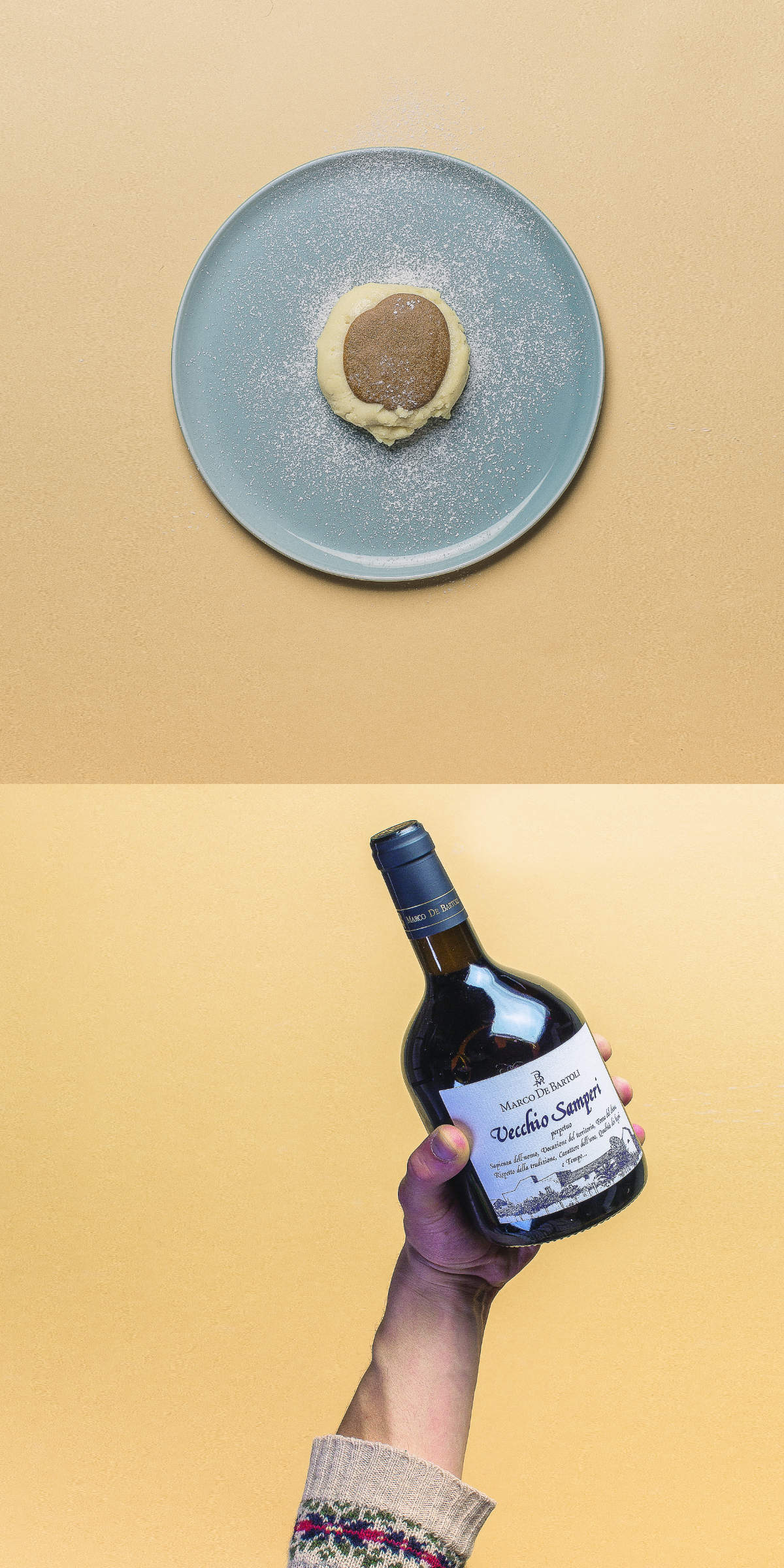 First, wash the potatoes to remove any soil they might still have on their skins and set them aside. In the meantime, turn your oven to 180 °C without using the fan. In a bowl combine the coarse salt and used coffee grounds to create a crust in which the potatoes will be baked, place a one-inch thick layer of the mixture on a tray, set the potatoes on it and cover with the rest of the crust. Don’t worry if there are holes in it or if the potatoes are not completely covered. Bake them for 40 minutes to 1 hour depending on the size of the potatoes. Check them with a knife or toothpick to see if they are done. They need to be soft and fully baked all the way to the core. When they are done take them out and let them cool to a temperature that allows you to handle them. At this point, discard the crust and peel the potatoes, discard any browned bits and remove any dirt from the crust that might stick to the flesh. While the flesh is still warm pass it through a potato ricer or a vegetable mill, then place it in a pot.

Whilst the potatoes are baking you can prepare the hazelnut butter; put the hazelnuts on a tray in a single layer and bake at 180°C for at least 7 minutes. You want to see the shine and oil as they will make it possible to turn the hazelnuts into a smooth paste. While still warm, place them into a food processor and blitz them until a smooth and liquid paste develops.

To make the caramel, heat up 100g of sugar with 1 tablespoon of water in a saucepan over medium heat. Do not touch the sugar or it will crystallise and you’ll have to start again. When the water has evaporated and the molten sugar is a deep amber color, pour 75g of cream over it, let it bubble up and stir it to emulsify it within the caramel. Keep cooking it over medium-low heat until it reaches a deep brown color, take it off the stove and chill.

Before serving, take the pot with the potato puree, add 100g of cream and place it over a low fire, keep working it as it heats up with a wooden spoon or rubber spatula to incorporate the cream. Once incorporated, add 50g of sugar and a pinch of salt, then, whilst constantly stirring it so as not to make it catch or brown, add 100g of butter and work it into the puree. Serve warm.

To plate it, place a large spoon of puree on a plate and make a dent in its center with a spoon, fill the hole with caramel sauce and then cover it with a spoon of hazelnut butter. 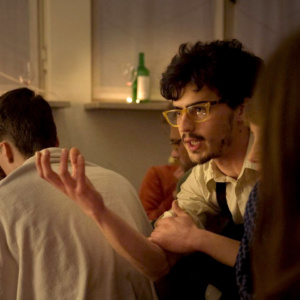 Francesco Grandi arrived at the University of Gastronomic Sciences in 2016 after a short stint as a baker and a cook in fine dining establishments. Through his work, he started to glimpse the complexity of the food system and its centrality in order to bring about a much-needed paradigm shift. This is when he decided to enrol at UNISG hoping to understand more and answer some of the questions about food, cultures, science and community that were burning inside of him. During his time there he not only discovered sides of his personality until then unknown but also started to take on a new perspective on the way things are interconnected and permanently in dialogue with each other.