To Burger or not to Burger? 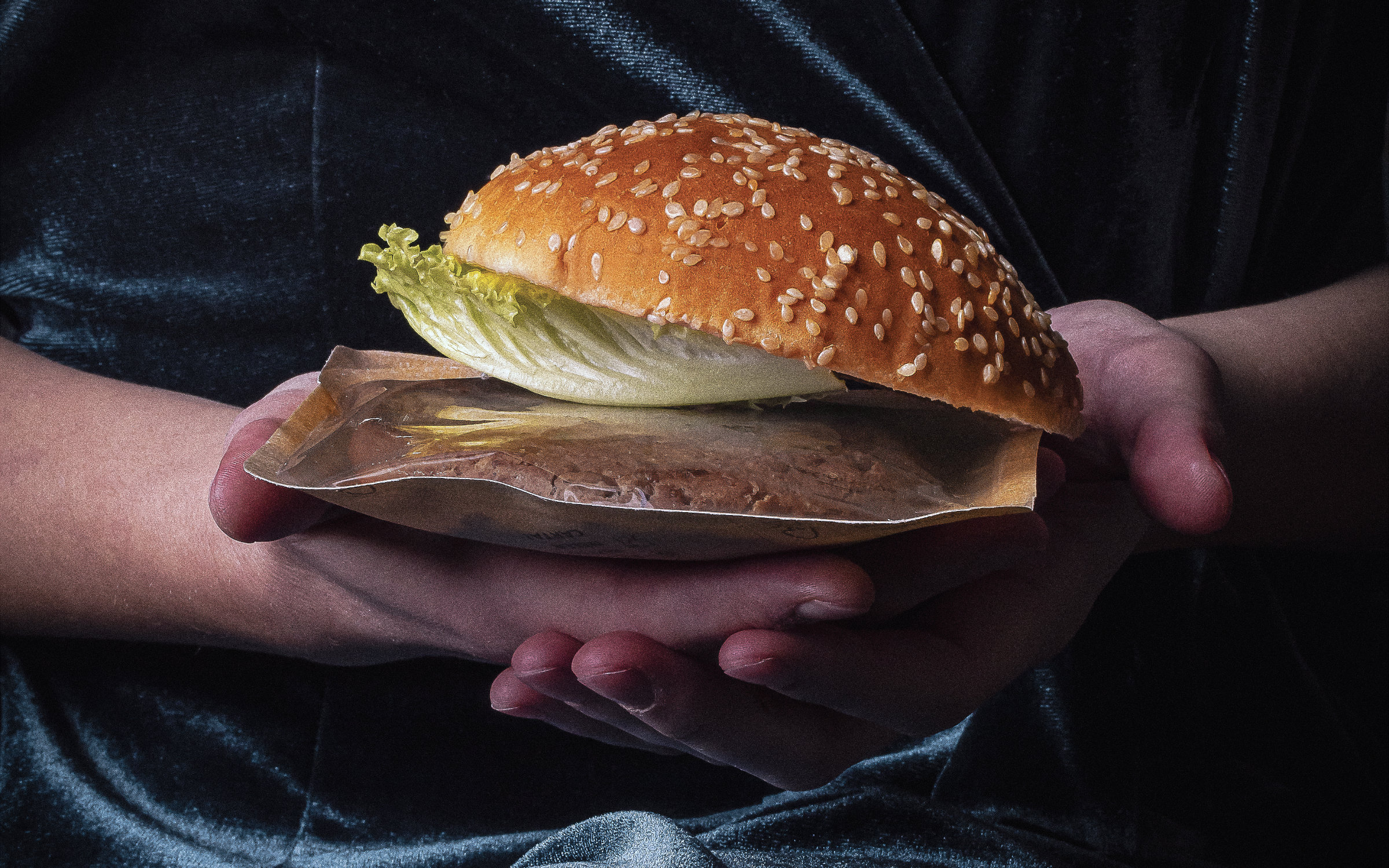 The European Parliament rejected some amendments proposing to ban products without meat from being labelled “burgers” or “sausages” during last October’s plenary session, while further restrictions have been applied to plant-based milk and dairy labels.

On Friday, 23 October 2020, the Committee on Agriculture and Rural Development of the European Parliament voted at plenary level against all the amendments to the Common Organization of Agricultural Markets (CMO) Regulation, which governs the production and trading of agricultural products in the European Union, proposing to ban the use of meat denominations for plant-based foodstuffs. This means that products like “veggie burgers” are allowed to continue to be labelled as such, thus putting the battle amongst stakeholders to rest. EU Members of Parliament rejected amendment 165, according to which “the meat-related terms and names that fall under Article 17 of Regulation (EU) No 1169/2011 and that are currently used for meat and meat cuts shall be reserved exclusively for edible parts of the animals”, as well as other suggestions made by Europe’s People Party and the Progressive Alliance of Socialists and Democrats. The presented changes would have seen food companies being prohibited from using terms like “burger”, “steak” or “sausage” with reference to plant-based alternative products, while the S&D Group asked the EU executive to provide a list of derogations for specific meat-names. The proposals will then be negotiated with the member state governments in the European Council.

Contextually and possibly controversially, the European Parliament further expanded bans on descriptions such as “yoghurt-style” or “cream imitation” for non-dairy alternatives, rejecting an amendment that would have allowed the use of such descriptors and, thus, extending previous limitations on the use of words like “milk”, “cheese” or “butter” in relation to most plant-based products that don’t come from animal milk. One may wonder why a burger can be considered as such even when it doesn’t contain meat, but the same does not apply to a block of cheese made from tofu or soy. The reason for this apparent discrepancy lies in a 2017 ruling by the European Court of Justice, which created a significant precedent.

The Precedent: The TofuTown Case

In 2017, Verband Sozialer Wettbewerb (VSW), a German association whose responsibilities include combating unfair competition, brought an action for a prohibitive injunction against TofuTown, a company that produces and distributes vegetarian and vegan foodstuffs, before Trier’s Regional Court. TofuTown was accused of having infringed Paragraph 3a of the Law on Unfair Competition, which provides that “a person who infringes a statutory provision that is also intended to regulate market behaviour in the interests of market participants shall be regarded as acting unfairly [where] the infringement is liable to have a perceptible adverse effect on the interests of consumers, other market participants or competitors”. The German Landgericht subsequently turned to the European Court of Justice for “preliminary ruling”, that is to say, for clarification for how to properly interpret the EU law. The issue at stake was whether Article 78 and Annex VII of the CMO Regulation, which defines milk and dairy products, were to be taken as precluding the use of the term “milk” and the designations that the regulation reserves exclusively for milk products to purely plant-based goods even if those terms were expanded upon by clarifying or descriptive terms indicating the plant-based origin of the products concerned. The latter element, namely the use of explanatory descriptors, constituted the main pillar of the argument used by TofuTown’s defence, which at the same time underlined how the consumers’ perception of plant-based foodstuffs has changed significantly in recent years.

“One may wonder why a burger can be considered as such even when it doesn’t contain meat, but the same does not apply to a block of cheese made from tofu or soy.”

The architecture of the Court’s final judgment was based upon the assumption that the term “milk” shall mean exclusively “the normal mammary secretion obtained from one or more milkings without either addition thereto or extraction therefrom” 1, and that the addition of clarifying or descriptive terms indicating the plant-based origin of the item may be used with reference to composite products which do not include a total replacement of milk by a purely plant-based good. It is clear that plant-based products do not meet such requirements. Although the exceptions to the use of milk-related words for other products whose exact nature is clear for “traditional usage” do exist and are regulated by Decision 791/2010, the list does not contain any reference to soy or tofu. As a consequence, the Court declared itself in favour of VSW and against TofuTown. The German company immediately affirmed this to be a case of discrimination, as no restrictions to limit the use of “meat/fish-sounding” names referring to vegetable-based or insect-based products are currently under function in Europe. The Court justified the apparent discrimination of cases as follows: “Each sector of the common organization of markets for agricultural products established by that regulation embodies features specific to it. As a result, a comparison of the technical rules and procedures adopted in order to regulate the various sectors of the market cannot constitute a valid basis for the purpose of proving the complaint of discrimination between dissimilar products which are subject to different rules” and provided some jurisprudential precedents in this regard to reinforce its position.

In the US, things work differently. It was 2013 when Amy Gitson, Christine Vodicka and Deborah Ross filed their First Amended Complaint to accuse Trader Joe’s Company of producing misbranded goods. According to the plaintiffs, not only did Trader Joe’s products violate the Sherman Antitrust Act of 1890, but they were also unfair and fraudulent in nature, misleading and deceiving consumers. Reference was made to items named, for example, “French Village Mixed Berry Non-fat Yogurt”, “French Village Strawberry Non-fat Yogurt”, “Greek Style Vanilla Non-fat Yogurt” etc. Such products, in spite of having the term “milk” on their labels, did not comply with the standardized definition of it, promulgated by the Food and Drug Administration.

The premises of this case are very similar to the TofuTown ruling, however, the outcome has been meaningfully different. Although the Court rejected the argument that the term “soy milk,” standing alone, is so well-established that a reasonable consumer could not believe that it is referred to some type of cow’s milk, the presence of an explicit disclaimer on the product’s label (“lactose and dairy-free” and “alternative to dairy milk”) was a sufficient disclaimer. Including such an element made it implausible to claim that Organic Soy Milk derives from cow’s mammary secretion or that it has the same qualities as cow’s milk. Therefore, in 2015, the Court declared itself in favour of Trader Joe’s and against Gitson. No reference was made, however, to the unfair competition issue. It is clear how two legal cases bearing similar bases have been treated differently by European and American Courts, reflecting a cultural divergence between the EU and the US in the way “tradition” is meant and protected. 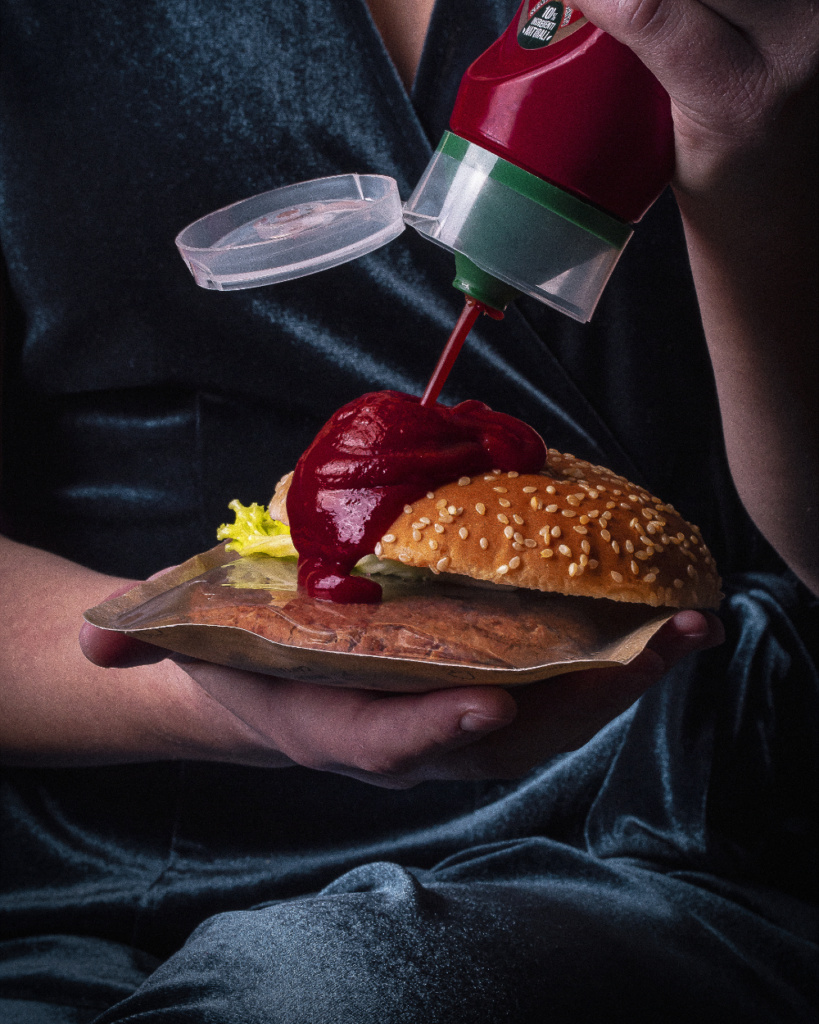 Back in the EU: Consumer Protection or Confusion?

Meat and livestock groups argued that the aim of last October’s proposals was to avoid confusion among consumers when buying meaty and non-meaty products, meanwhile emphasising the need to focus on helping farmers work sustainably: “We simply call for the work of millions of European farmers and livestock sector workers to be acknowledged and respected”, said Jean-Pierre Fleury, Copa-Cogeca chairman, “I am not afraid to say that this is an obvious case of cultural hijacking”. A specific objection from the strongest interest group for European farmers is “the representation of these ultra-processed (plant-based, NA) products as healthier options, given that they are often high in additives, salt, sugar and fat”. The Commission’s proposals were also backed by France, a powerful voice within the EU on farming, which has already implemented bans on veggie burger labelling.

On the other hand, environmentalist, medical groups and manufacturers like Beyond Meat, Unilever and Ikea stressed that shoppers are in no way confused by the labels currently on store shelves and insisted on the risk that would stem from banning these terms, namely discouraging consumers from shifting to more plant-based diets, thus, undermining the EU Green Deal’s environmental and health goals. According to Camille Perrin, senior food policy officer at the European Consumer Organization, terms like “burger” and “steak” also “help consumers understand how to integrate [plant-based foods] into their meals”.

“Environmentalists and plant-based foodstuffs manufacturers believe that maintaining the same denominations as for meaty products would help in fostering a smooth transition to a new way of consumption.”

It remains to be assessed what differentiates the labelling of a non-meat product as “burger” and of a non-milk and dairy item as “cheese”. The EU argues that the dairy terminology proposal was supposedly intended to avoid consumer confusion. However, the plant-based sector seems to disagree: “Plant-based products are already banned from using terms like ‘milk’ or ‘butter’, despite there being not a single piece of evidence to suggest consumers are confused by these words” stated Louise Davies, head of policy at The Vegan Society. In the same vein appears the declaration made by Elena Walden, policy manager at The Good Food Institute Europe: “MEPs2 have protected plant-based sausages and steaks but tied the hands of the already restricted plant-based dairy sector”. According to a statement from the European Court of Justice, the application of standards for the marketing of agricultural products is intended to both contribute to improving the economic conditions of the producers and the quality and consistency of information provided to consumers, in order to protect them from being misled. Nonetheless, some commentators highlighted how, in the light of the above, the underlying assumption may appear to be that a reasonable consumer would be able to distinguish between a meat-derived and a plant-based burger, but might at the same time confuse plant-based beverages such as soy milk for dairy milk.

Proponents of the “veggie burger ban” rejection by the EU executive have also underlined the alleged environmental benefits behind such decision, not only because the pandemic has damaged supply chains and exacerbated issues of the public health implications of our crowded and often diseased factory farms, but also in the light of the increasing pressure of international institutions dealing with agriculture and nutrition, such as the FAO,  to reduce meat consumption (and production), as well as to look for alternatives in this regard. Such a framework is the major reason why plant-based products have eventually become appealing to a group of consumers that is not connected to the vegans’ and vegetarians’ clusters. They, in comparison, are composed of meat-eaters who have found that plant-based products fit into their diet and lifestyle while considering them better for animals and the environment. As concerns rise worldwide about the impacts of meat production, the share of consumers open to alternatives might continue to grow. In this perspective, environmentalists and plant-based foodstuffs manufacturers believe that maintaining the same denominations as for meaty products would help in fostering a smooth transition to a new way of consumption.

[2] Members of the European Parliament

The opinions expressed in the articles of this magazine do not necessarily represent the views of
The New Gastronome or The University of Gastronomic Sciences of Pollenzo. 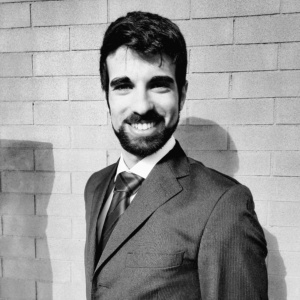 He graduated in October 2020 in the Master’s Degree program at the University of Gastronomic Sciences with a thesis entitled “CAP 2021-2027 reform in the European agricultural policies framework”. He has worked as a Political Advisory Trainee at the Committee on Agriculture and Rural Development of the S&D Group of the European Parliament and at the International Fund for Rural Development. He is now working at Assolatte, the Italian dairy industry association.