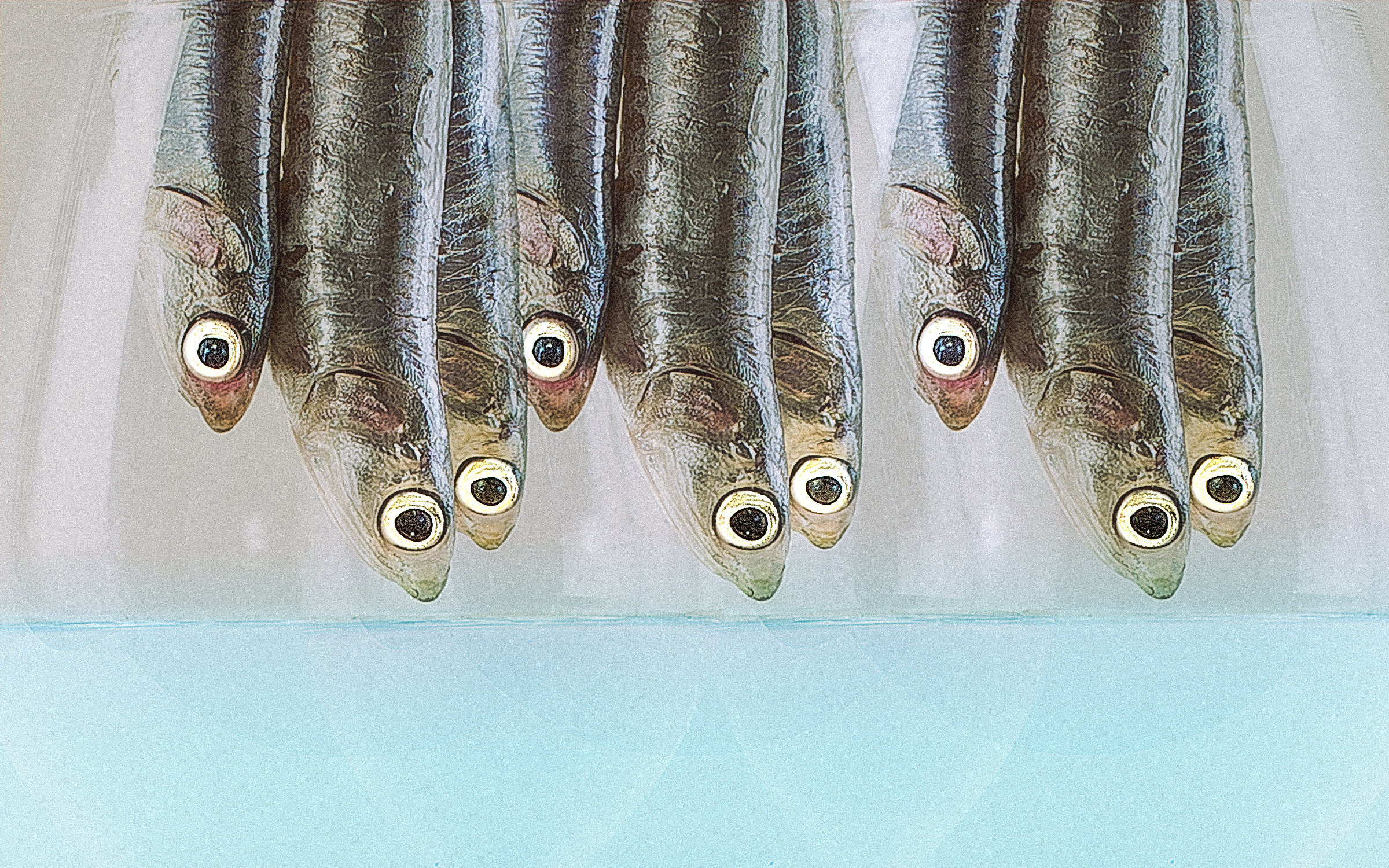 Talking about fish products is difficult, given the great variety of species, each with its own needs, habitats and peculiarities. What is clear, however, is that fish products are the most contaminated and perishable among animal products. Both their intrinsic composition, which tends to have a high concentration of nitrogen compounds and unstable polyunsaturated fatty acids, and their natural microbial flora play a part in this.

Furthermore, the connective muscle tissue of fish products is much thinner than the one of land animals. In the latter, the tissue plays an important role as an anti-bacterial barrier, forcing microorganisms to use up a lot of their energy to attack. This kind of defence doesn’t occur in fish, where the reduced presence of connective tissue lets the microbial attack happen much quicker and easier.

Another problem is glycogen. A glucose polymer serves as a form of energy storage that, when necessary, can go through progressive destruction to produce simple glucose, useful for glycolytic tracts and the release of energy. In land animals, glycogen is present in large quantities, a feature that is more than welcome and requested, both for the slaughtering process and for the final meat quality. Immediately after the animal’s death, glycogen starts its breakdown into simpler molecules until the production of lactic acid makes the environment difficult for microbial growth (in meat this happens at a pH value of 5.5). This kind of protective process doesn’t occur in fish, at least not to the same extent. In fish – especially wild varieties – there is already a low concentration of first stage glucose and what remains is entirely consumed during premortal spasms, happening right after the catch. This way, the lactic acid production is very low, and the pH value is not able to reach the needed threshold to prevent deterioration, making fish meat the perfect fertile environment for microorganisms.

In comparison to the natural microbial flora of land animals, which tends to prefer medium-high environmental temperatures (considering that the animal itself lived in environments of between 15 and 30 degrees), the fish flora, which is of a psychrophilic type, prefers much lower temperatures and is used to living at the low temperatures of the sea, between two and ten degrees. This outstanding difference lets us understand that due to the extreme thermal shock, land animals’ microorganisms are not able to multiplicate at refrigeration temperatures but can either survive or die, allowing the meat to maintain qualitative standards for much longer. Most of the fish’s microorganisms instead do not undergo thermal shock, causing a quicker deterioration. It can be affirmed that from the moment any fish species is pulled out of the water and dies, a very short countdown begins which leads to a process of deterioration that is almost unstoppable, caused by the multiplication of microorganisms and the consequent production of various malodorous substances. This is not only due to a high concentration of nitrogenous compounds but also to free amino acids that form dimethylamine and trimethylamine compounds. As these are what makes the fish smell bad, you will certainly already have heard about, or rather, smelled them. All these new substances are included in the TVB-N classification (Total Volatile Basic Nitrogen), which can determine the freshness of the fish:

Of course, this is a general classification subjectt to variation depending on the species of fish; for instance, the threshold freshness for hake and salmon is much higher than the average (35 mg of TVB-N/100 g).

When looking for fresh fish at the market, people usually trust its freshness, either not thinking or not daring to enquire more details about the product. This may be due to many different factors, like the general ignorance about fish or not wanting to bother, or even insult, the fisherman by questioning the product’s freshness. This article shall, therefore, serve as a little consumer guide, hopefully helping people to be more aware of what they are purchasing.

First of all, we have to keep in mind that the fish has to have specific features: the eyes need to be shiny, round and vivid; the gills are fresh when they are of bright and reddish-pink colours; the fins need to stick to the body and the general appearance of the meat needs to be stiff.

It’s worth paying attention to the mollusc since it is often ignored by consumers. We need to avoid purchasing a mollusc when the eyes of the squid are cloudy and the overall body colour is grey since the fresh ones have bright black eyes and more reddish and brownish body colours.

Another feature that most of the time works as a synonym for “fresh fish” is the “U” position of the fish body, in which the head and the final fin are standing up. It is, allegedly, linked to the “rigor mortis” condition that happens when the fish comes into contact with ice. Nevertheless, this condition can last for a few hours. Afterwards, the fish naturally lies horizontally. Special attention has to be given, especially in the fish markets of the South of Italy, since fishermen have the tradition of bonding the fish into this position just for beauty purposes; in this way, we have to keep all the other features a fresh fish in mind.

Finally, even when these “features” are all present, the most important thing is to touch the fish. When it is not physically possible to touch it, consumers have the right to ask the fisherman to do it. Ask them to show you the grills, to let you touch and smell it.

And then there are commercial Fish Frauds, which are not necessarily going to harm you physically by selling substandard qualities of fish but are designed to fill the sellers’ pockets by passing off cheaper varieties as more expensive ones. You could think about it as asking for a glass of Barolo and receiving one from a house wine, yet still paying the price of a Barolo. In this example, recognizing the fraud would be simpler, even for those less experienced in wine, but in the case of fish products, it gets tricky. Let’s dive into the concept:

Tuna is one of the most caught and consumed types of fish of the last decade, thanks to the success of sushi all around Europe, in which this fish has a leading role. However, its quality is often lacking due to certain commercial frauds, adulterating its real colour. This one is a fraud caught in the middle between a health fraud and commercial one since it can easily affect the health of consumers through spoilage and microorganic contamination; at the same time, altering one of the main characteristics of the tuna to mislead consumers, leads them to think that the product is fresh and good, therefore a fraud for commercial purposes.

The freshly caught tuna has a bright red colour in the first moments after its death, which will lose its brilliance and become darker. As consumers like this bright red colour, operators often use non-permitted substances, such as carbon monoxide packaging to fake it. The carbon monoxide binds to the myoglobin in the muscles to form a carboxy- myoglobin, which produces this very bright colour but is also dangerous. The tuna seems very fresh, but in reality, it is highly contaminated. The colour could also be increased by using substances rich in nitrites and nitrates which can then undergo conversion into nitrosamines, highly carcinogenic compounds.

Another very common fraud is to exchange swordfish with porbeagle (Lamna nasus). The latter belongs to a species of sharks. It is a pelagic fish, so it lives offshore and is mostly found in the Atlantic Ocean. It is perfectly edible and has a delicate flavour. However, the problem stems from the fact that operators or traders sell this fish by passing it off as the much more valuable and, therefore, more expensive swordfish. In practice, you are paying for the first, which has an average cost of 5 euros per kg, at the price of swordfish, exactly double.

This happens because the flesh of these two species is very similar and once some pieces of porbeagle are placed on the counter next to a beautiful swordfish head, it becomes all but impossible to tell them apart. So how can we distinguish them? The crucial point is the so-called “V muscles”, muscles that create a V, which are absent in the porbeagle and which are evident in the swordfish, with a reddish colour and the shape of gull wings. Moreover, the porbeagle has a darker colour with longitudinal muscle fibres, while the muscles fibres in the swordfish are concentric.

Last, but not least, the octopus. Here the fraud is subtle because the octopus and the musky octopus are morphologically very similar. The distinctive features are the tentacles: the octopus has two rows of suckers along each tentacle that branch from the apex to the terminal part. The musky octopus, on the other hand, has a single row of suckers and is therefore easily recognizable, if one pays attention. Here, too, the fraud is economic, as the price per kg of the octopus is higher, almost double.

While it would be necessary to increase the controls conducted by the authorities to prevent these kinds of frauds, it is also true that consumers need to become more educated on fish products. This article can be a step in the right direction, towards a future without fish frauds, sanitary issues on the fish market and a waste of money due to commercial deceit. 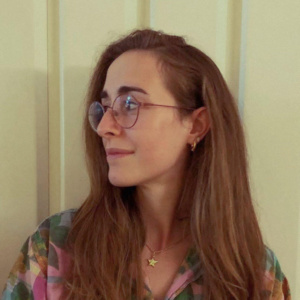 She was born in Sicily and lived around Europe during her University years, developing strong interests towards different cultures and gastronomic traditions. After graduating in Eastern Languages she applied her passion for food studying Food Innovation and Management at the University of Gastronomic Sciences. She loves cooking with friends and family, finding beauty in sharing food and experiences.