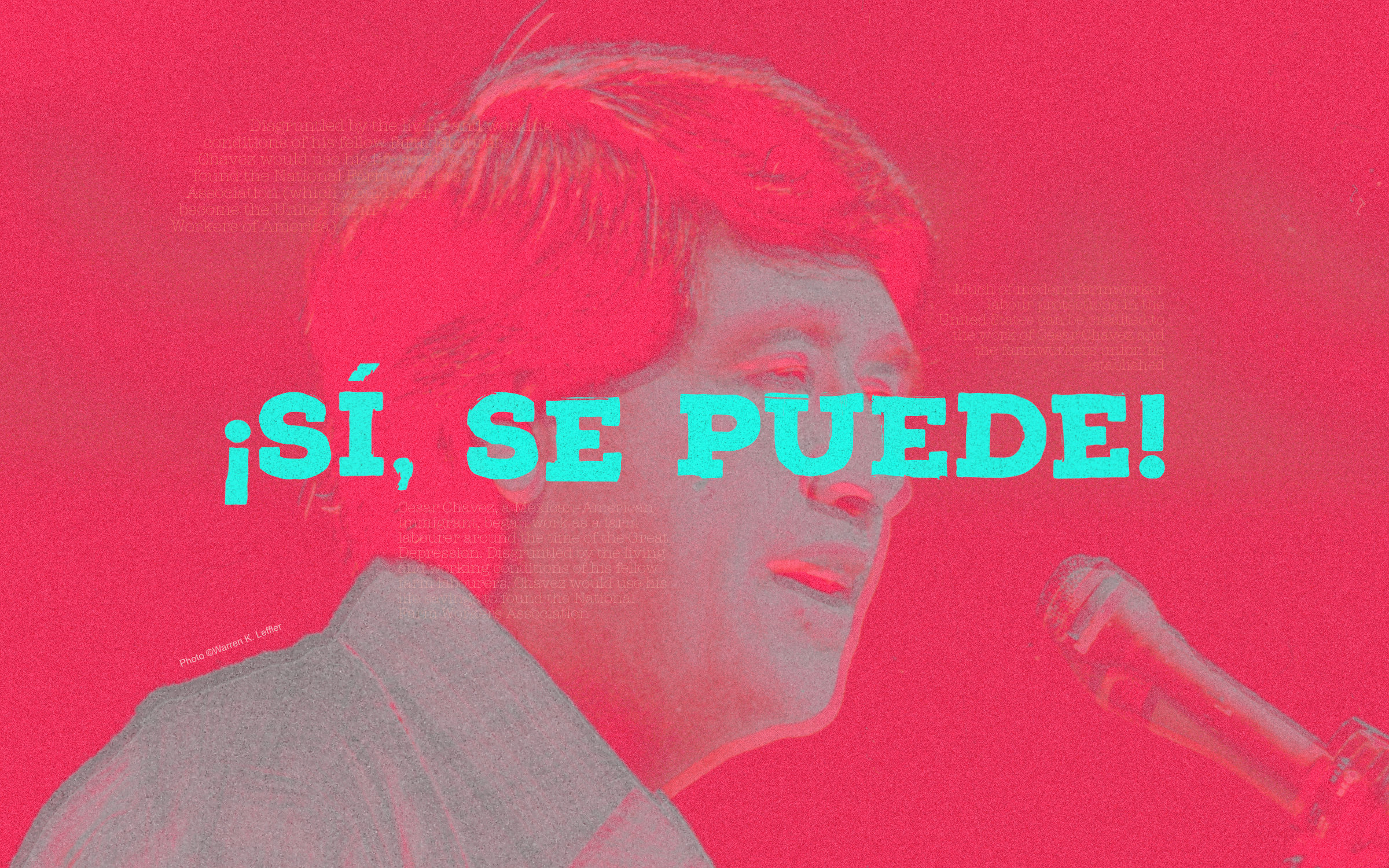 ¡Sí, se puede! In a modern context, this phrase could readily be attributed to the 2008 US presidential campaign of then-Senator Barack Obama. However, this phrase was also the rallying cry of an agrarian labour movement that arose in the 1960s under the leadership of Cesar Chavez. The legacy of this movement, the right of California farmworkers to unionize and negotiate for better wages and working conditions, is now under threat by farm owners who want to restrict access by union organizers on their land. In effect, this would block union organizers from reaching farmworkers with information about their right to collectively organize.

At a time when the Biden presidential administration and American Congress are taking strides to correct systemic racism against Black farmers1 and provide a pathway to citizenship for immigrant farmers 2, restricting the ability for farmworkers to come together and unionize could be a strong, disheartening blow to the welfare of American farmworkers – now and for generations to come.

Chavez, the United Farmworkers, and the Agricultural Labor Relations Act

Much of modern farmworker labour protections in the United States can be credited to the work of Cesar Chavez and the farmworkers union he established3. Cesar Chavez, a Mexican-American immigrant, began work as a farm labourer around the time of the Great Depression. Disgruntled by the living and working conditions of his fellow farm labourers, Chavez would use his life savings to found the National Farm Workers Association (which would later become the United Farm Workers of America). In 1968, he led a 340-mile march to Sacramento (California’s state capital) where he partook in a 25-day hunger strike to bring awareness to the plight of farmworkers. In 1972, his second strike in Arizona would oppose a state law banning farmworkers from organizing and protesting. This protest would influence the state of California to pass the Agricultural Labor Relations Act in 1975 (ALRA)4.  This landmark law would give all farmworkers in California the right to unionize and negotiate for better wages and working conditions.

Under the ALRA, the California Agricultural Labor Relations Board is granted authority by the state to develop regulations to fulfil the ALRA purpose of “ensur[ing] peace in the agricultural fields by guaranteeing justice for all agricultural workers and stability in labour relations.”5  The law affirmatively states that “Employees shall have the right to self-organization, to form, join, or assist labour organizations, to bargain collectively through representatives of their own choosing, and to engage in other concerted activities for the purpose of collective bargaining or other mutual aid or protection.”6

“Disgruntled by the living and working conditions of his fellow farm labourers, Chavez would use his life savings to found the National Farm Workers Association (which would later become the United Farm Workers of America)”

To fulfil the purpose of the ALRA, the California Agricultural Labor Relations Board established an Access Regulation that allows union organizers access to agricultural employees at agricultural worksites under specific conditions. Among these conditions is the ability of organizers to enter agricultural worksites during the employee lunch hour, and one hour before or after normal working hours with the narrow purpose of informing workers of their rights to collectively organize. Union organizers wanting to utilize the right of access asserted in this regulation need only provide written notice to the farm owners prior to access upon the land, and farm owners must allow unobstructed access to the farmworkers.

The Strawberry Strike and the case of Cedar Point Nursery

In October 2015, organizers for the United Farm Workers entered a strawberry plant nursery in northern California waving flags and encouraging employees to join them in organizing for the betterment of their working and living conditions. This strike is the subject of a pending case before the Supreme Court of the United States which has implications for union organizers and farmworkers alike.

The case, Cedar Point Nursery v. Hassid7, places union organizers (representing the labourers of the strawberry plant production facility) against the owners of Cedar Point and Fowler Packing Company. At question is whether the access by union representatives is a per se taking of property8.  The debate lies in a difference of interpretation of what a per se taking is and whether or not that should restrict union organizers from entering farms owners’ land without compensation. Importantly, if the court finds that a per se taking of property exists, union organizers may be required to provide compensation to the property owner in exchange for a right to access the property.

Counsel for the farmworkers believes that the regulation is limited in scope and should not be treated as a taking. Farm workers’ counsel further believes the Supreme Court has defined two types of regulatory takings. One category of takings ‘eliminate[s] all economically beneficial uses’ and the other category ‘authoriz[es] a permanent and continuous physical invasion’ which effectively destroys the owner’s right in their property.’10 Counsel argued that this regulation does not meet the demands of either category and therefore called on the court to use an ad hoc inquiry to examine the burdens the regulation imposes. Counsel believes that the union Access Regulation is narrowly tailored to a purpose, does not authorize a permanent and continuous physical invasion of the property, and therefore does not eliminate all economically beneficial uses of the land. For these reasons, they deem the Access Regulation to not have a significant burden so as to be a taking of property.

“By obstructing the primary chain of communication to farmworkers about their labour rights, farm owners are deterring the formation of farmworker unions which have the power to protect the living and working conditions for California’s 400,000 farmworkers. “

At oral arguments before the Supreme Court, the justices seemed to fall along ideological lines but offered many clarifying questions for the counsel on both sides. Many justices questioned whether ruling the actions of UFW, in this case, would complicate the ability of government agencies inspecting agricultural facilities for health and safety would be required to compensate farm owners as well. This point was echoed in a number of amici curaie briefs sent to the court by advocacy organizations in support of the regulation. Some justices questioned how long the government might require landowners to access their land before it rises to the level of a taking of property. In other words, would requiring access for one hour for one day a year be sufficient to be considered a taking of property? At least two justices believed that previous court precedent which allowed property owners to exclude union organizers from its property when employees are reachable by other means should apply. In this case, would the fact that social media and electronic means of communications suffice as other means of communication so as to warrant the landowners excluding union organizers from their lands?

The Taking of American Farmer Unions

In Cedar Point, the hard-fought right of union organizers to communicate the right to organize to farmworkers is under threat. The fight of Cesar Chavez and the UFW to influence the California legislature to enact the ALRA could all be for nought if the farm owners have their way. Farm owners, under threat of their land being taken without compensation, are instead taking a perfectly reasonable accommodation to union democracy.  By obstructing the primary chain of communication to farmworkers about their labour rights, farm owners are deterring the formation of farmworker unions which have the power to protect the living and working conditions for California’s 400,000 farmworkers.

To restrict union representation of farmworkers would silence the voice of an already vulnerable community. Seventy-seven per cent of farmworkers in the United States today were born outside of the United States, many do not speak English fluently, and they are often fearful of retaliation by their employer if they speak out against unfair labour practices. A finding for the farm owners, in this case, would tip the scale too far to the side of the employer and undo the balance Chavez and the UFW attempted to create between agricultural employers and employees. Instead, the court should seek to strike a balance that creates equity for the farmworker alongside that of the farm owner. The fate of the American farm worker rests in the hands of the Supreme Court, whose decision on this case is expected this summer.

[3] In fact, an increasing number of states and municipalities in the United States recognize March 31st as an annual holiday in honour of Cesar Chavez.

[8] Under the 5th Amendment to the United States Constitution, “private property [may not] be taken for public use, without just compensation.” 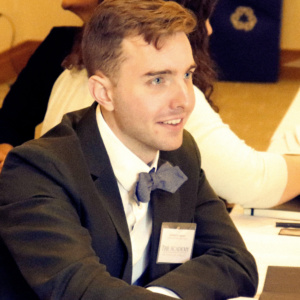