Cows in the Rainforest

My quest of traveling to Ecuador was to connect to commodities of my daily life -chocolate and coffee- that are so normal to me, it’s as if they grew in my backyard. After a 3-week study trip, I look back on my limited expectations with a smile. The stir of an incredibly biodiverse environment and residues of the colonial history, mixed with a pinch of capitalism, left me with a taste of a food culture full of contrasts.

Indigenous women selling medicinal herbs on the streets and sugary drinks far beyond the point of saturation; undocumented relatives of cocoa and different varieties of freeze-dried coffee concentrate; a constitution giving rights to nature and forty-four KFCs in the capital are some aspects of the contrasting nature of Ecuador.

Let me try to break down the thoughts I’ve had trying to understand this complex food system:

One of my first observations comes when I’m looking out of a bus window. I’m trying to make out plants I know, see a papaya tree here, a coffee tree there, but must resign soon to my ignorance facing this extreme variety of shapes. Anyways, in my weeks driving through the country, there’s one species that keeps returning in every ecosystem:

Tiny cows of every color are climbing the juicy green hills of the foggy forest; cows in the hot and dry Andes; cows next to the palm trees.

My idea of juicy green pastures is fulfilled completely, leaving me with the impression that Ecuador is creating the perfect environment for cows in many places-at first.

Only talking to the people, I come to realize that this perception might be parallel to the people of the Old World laying their eyes on this new land. They must have found it natural to just cut down forests and create pasture systems that fulfilled their palette’s cravings. It was the kind of ecosystem they knew.

“A big variety of local species, many of which are directly edible by humans, get cut down to be replaced by African grass to feed the European cows.”

But really, these heavy animals, brought by the Spaniards around 500 years ago, aren’t adapted to the ecosystem. Cutting down the complex forest system leads to a quick loss of the little fertile soil. Luca Mercalli explains that the large amounts of biomass being decomposed year-round in the hot and humid climate don’t allow much accumulation of organic matter to form humus. But erosion of fertile soil is not the only problem, states Arthur, one of the members of the Mashpi reserve community: “A big variety of local species, many of which are directly edible by humans, get cut down to be replaced by African grass to feed the European cows.”

The Value of the White

The young Ecuadorian’s decision to reconnect to nature and its food is a reply to what the average Ecuadorian diet looks like: The people’s plates are lacking biodiversity because they’re based on carbohydrates; the top three being rice, sugar and bread. Obesity rates are extremely high (from 26-62% depending on age group).

“Was colonization the first major driving force in the loss of appreciation of local foods and the loss of a balanced diet?

Paradoxically, I was formally introduced to the variety of Ecuadorian fruits by an American nutritionist, Michelle O. Fried, who’s engaged in promoting healthy and sustainable eating habits. According to her research, nutritional values of the traditional colourful products of Ecuador are extremely high and various, but aren’t meeting a lot of appreciation in the population. Instead, refined white foods are associated with being more valuable, leading to the typical “double burden” of the 21st century–obesity and malnutrition.

Looking closely, the three previously mentioned products that take the biggest place on the plate all have one thing in common: They have been brought by the colonizers. Was colonization the first major driving force in the loss of the appreciation of local foods and the loss of a balanced diet?

The impact of the arrivers becomes clear looking at what has been lost. According to anthropologist Diego F. V. Andrade, there is evidence that suggests that the drastic reduction of the population came not only through foreign diseases, but also due to the dietary changes forced upon them by the Spaniards. The introduction of meat, dairy products and fats might have caused problems of indigestibility.

The established system at the time was rich with symbols integrating the indigenous people’s agriculture into the landscape. Specific solar and lunar events and techniques of high seed beds might remind European ears of biodynamics or permaculture, but actually have a much longer story in these traditions. The ones who know the established system can still see the original indigenous stone bases in the colonizer’s buildings, but residues are almost as hard to find as the indigenous concept of the human within its natural system that was overbuilt simultaneously.

“It was only in the 1960s that huasipungo was abandoned, obliging Indigenous to provide unpaid labour for the right to cultivate”

Visiting one of the oldest Spanish haciendas in the hilly Andean region of Cayambe, for me, remains an interesting impression on the societal inequality. The huge complex of many hundred hectares containing the family’s residence, a white church, stables, and fields has been passed on in the family for almost 500 years. For the lunch we have outside, in the shade of trees, three indigenous women serve us soup, salad, meat stew and pastry with agave honey while the landlady explains the story of the dishes.

It was only in the 1960s that an agrarian reform in the region abandoned the huasipungo, a type of tenancy obliging Indigenous to provide unpaid labour to the haciendas in exchange for the right to cultivate small parcels of land for their own needs.

The landlady has started to valorize indigenous food traditions and especially, the agave juice collected by the women in the village nearby, by cooking it into a thick syrupy agave honey and commercializing it with a beautiful label for around ten dollars each.

“…the only chocolate most Ecuadorians themselves would eat is full of sugar and milk powder. There’s no taste for dark chocolate like in Europe”

Today, a big part of the arable land of the country still serves the needs of people physically far away and without direct relation to the land. Raw materials make up most of the exported goods, with petroleum, bananas, and frozen shrimps on the top ranks. Most of the cocoa leaves the country raw and is processed in foreign countries, where a majority of the profit is being made.

Ecuador has been identified as the birthplace of the Arriba Nacional variety, many times referred to as the finest one, the mother of all the cocoas. Nataly, a former student in the Masters program at the University of Gastronomic Sciences, now working for Mashpi (the first bean-to-bar chocolate company in Ecuador) tells me that the only chocolate most Ecuadorians themselves would eat is full of sugar and milk powder. “There’s no taste for dark chocolate like in Europe”, she said.

Similarly, my Italy-conditioned coffee craving goes away empty handed in most places. How come a country with such excellent raw materials hasn’t been sensually enjoying a part of the share?

Like the cow in the rainforest, many elements of the current Ecuadorian food system have evolved to its current form pretty recently–when taking a position within the global system.

While reflecting about my observations on environmental, dietary, social and economical phenomenons there’s a question that keeps flashing up in my mind: In order to create a long-term stable system, can’t we source ideas and techniques from a place’s traditions, which per se are characterized by having established itself over a long period of time? Can’t local food value chains serve us solutions on the various levels I’ve talked about before?

The Mashpi project is my leading example. These young people are reconnecting to their land by growing cocoa in a food forest with other edible plants. By restoring the complex forest system that had previously been destroyed for palm monocultures, they offer an educational space for locals and tourists to discover the nutritious local edible plants of the forest. Through harvesting and cooking together, they create encounters and a beautiful place for reflections. Their hands follow the whole process of chocolate production directly next to the plants, returning the pods back to the field to decompose and enabling them to earn a fair price from their work. 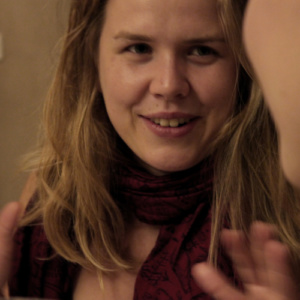