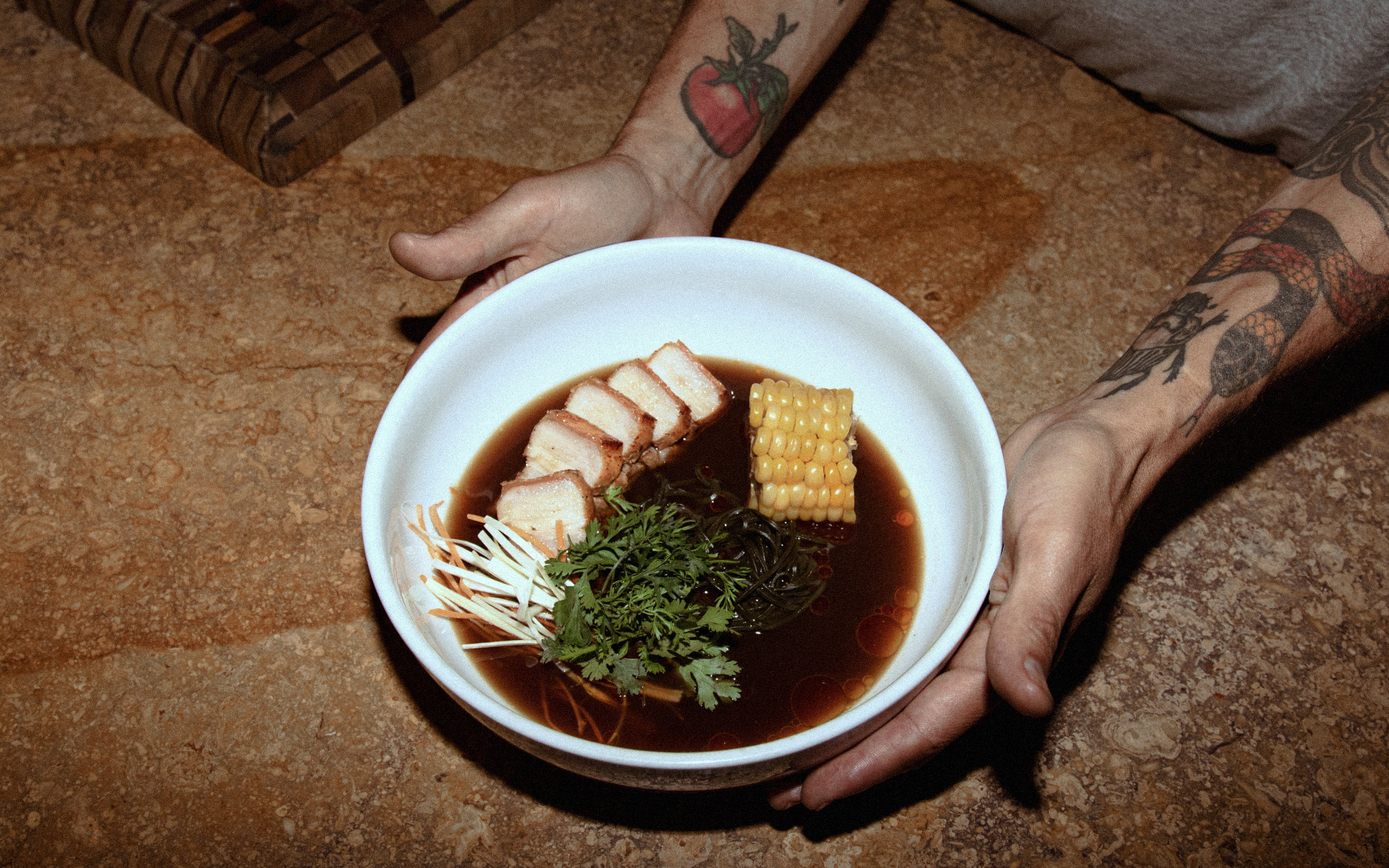 In Colombia, there is a certain level of mysticism and morbidity when it comes to this green and bitter plant. Although our country is the biggest producer of coca in the world, it seems that nobody knows its immense properties.

Few have ever seen a coca leaf, and fewer have tried it. For decades it has been, and continues to be, the shame of our country – and let’s not even begin to talk about the peasants responsible for producing it. A cloud of almost mythic disinformation has been built around them, making them out to be greedy people and avid for power, without reservation to sell even the last of their souls to the devil to divert the destiny of our economy. They are the evil ones in this. Or aren’t they? It had been three years since I worked in the stratosphere of international negotiations, where, although I knew everything about cocaine and the coca leaf, I had never been in direct contact with it or its producers. In countless scenarios, I had fought for or against it, studied reports, and watched documentaries of killings among Mexican drug traffickers. But I had never touched it with my hands or seen the humanity behind this great business until August 2016.

Early morning on my way to the meeting, my mind wandered through all the possible scenarios of what this international meeting of coca farmers would be like – they were fighting for their human rights and the recognition of the ancestral use of coca leaves. What would they look like? The first image that came to my mind was Texan cowboys with Mexican mustaches, hats, and mischievous looks. Maybe even a pistol on their waist, like a Spanish bandit. I blamed myself for being so stereotypical. I had arrived the night before in Popayan, a city located in the west of Colombia, where The International Meeting of Coca Producers was held. My objective was to get a deeper understanding of the meaning and the traditional uses of the coca leaf, a topic I had previously only encountered in books.

When I arrived at the meeting, I wondered if I had made a mistake; the site was not decorated for an international meeting place, rather an indigenous ceremony seemed to be taking place: blue and red dresses were swinging in the middle of the plaza, Andean flutes were playing, and in the center, the so demonized plant.

“Not even we, as Colombians, have been able to spread other stories to demystify the coca leaf’s image. Even sadder, most Colombians don’t even know of other stories.”

There are many stories to tell regarding the coca leaf, even though it seems the world knows – or cares – about only one: the coca leaf is the plant from which cocaine is extracted. It is no longer a surprise to me when I introduce myself as Colombian, and people react with: “Ah yes, Colombia: Pablo Escobar!”, “Narcos!”, “Cocaine!” Feeling a certain level of disappointment and sadness at these responses is inevitable. But I don’t blame them. Everything ends up being a subject of visibility and knowledge. Not even we, as Colombians, have been able to spread other stories to demystify the coca leaf’s image. Even sadder, most Colombians don’t even know of other stories. Since 1961, the war against drugs has silenced other realities and confined the coca leaf to a forbidden and stigmatized place, a place we would like to hide and delete from our history.

Currently, we find ourselves in a moment where the government maintains an untiring struggle for coca plants’ eradication and glyphosate spraying to confront drug trafficking. Meanwhile, the number of hectares of planted crops continues to grow annually. According to the United Nations Office for Drugs and Crime report published in 2018, Colombia reached its historic peak in coca leaves in 2017, surpassing 209,000 hectares. This a never-before-seen number in the history of the war against drugs and far superior to Pablo Escobar’s time, where “only” 50,000 hectares of illicit crops existed. (JIFE, 2018)

“Meanwhile, the number of hectares of planted crops continues to grow annually. According to the United Nations Office for Drugs and Crime report published in 2018, Colombia reached its historic peak in coca leaves in 2017, surpassing 209,000 hectares. “

Meanwhile, peasants and indigenous farmers, who consider the coca leaf a sacred plant, have been stigmatized and limited in their production and consumption by law and government. As a result, these people cannot fulfill their right to a dignified life, as they are the weakest link in the drug trafficking chain. The result? They are being victimized by drug traffickers, the state, and our society, and the drug problem is not even close to being solved.

Back at the conference, a short man with a mestizo complexion and a kind and humble look approached me. He was dressed in a cloth shirt, denim pants, a felt hat, a wool ruana, and a bag tied to his belt. His appearance wasn’t familiar at all. Seeing that I was disoriented, he introduced himself. It was Henry Rodriguez, the leader of the coca producers. I could not see any defiant traits or signs of resentment on his face, characteristics I usually associated with figures linked to social resistance. Rather, his face was marked by wrinkles around the mouth, the product of a caring smile, deep black eyes and hands tattooed with earth colors. I tried to disguise my state of confusion and greeted him with the sincerity my charge demanded. Then, putting his hand on my back, he led me toward a table at the entrance of the building, asking if I had had breakfast. The question was tricky, as I did not know if I wanted to leave the fate of my food in his hands. However, Henry did not wait for an answer. Finally, we reached the table and he began to speak an incomprehensible language with the two indigenous ladies sitting behind it, who did not take their eyes off me. Suddenly two expressions of joy and honor were painted on their faces, and as if I were a guest of great importance, they began to point at the products they had on display. Meanwhile, Henry was translating: “Try the cake,” he finally suggested and gestured to one lady to cut it.

At first glance, I couldn’t understand what kind of cake it was. It had a dull greenish-white color and a compact and poorly levitated appearance. All eyes were on me with childlike expectations as I weighed my decision. “You have to stop being so rigid,” I told myself and nodded. Finally, the lady enthusiastically pulled a knife out of a plastic bag and began to cut me a piece, putting it on top of a red napkin. But, unfortunately, the color contrast did not favor it. I took the cake in my hands, repeating to myself: “This is not a generic cake! The symbolic and cultural meaning is a thousand times more important than its possible flavor.”

The cake’s appearance was floury, dry, and compact, with a strong scent of a bitter mate. Not exactly what you would want to ingest in the early hours of the morning. As I expected, the consistency was hard and doughy, drying my mouth completely after several seconds of chewing. The flavor was neither sweet nor salty but markedly bitter and alkaline, tasting only of leaves. I felt as if I had grabbed a large bunch of grass and put it in my mouth, only accompanied by some raw flour. No salt, no sugar, no butter. The cake seemed to have become one with my cheeks, gums, and tongue. I felt a great need to drink water and raised my glance to make eye contact with my hosts. But in their eyes, there was not even the slightest suspicion of what was happening. Instead, they continued with a persistent look of satisfaction and pride: “These products are going to take us out of stigma and poverty,” Henry said, his face enthusiastic and full of conviction.

“The coca leaf is, therefore, a rough diamond that offers infinite possibilities for both culinary and social development. And it is the duty of chefs, gastronomes and social workers to put their creativity at the service of this cause.”

I understood then that they needed support. But, most of all, they need visibility. We cannot think about a sustainable future if we don’t protect cultural diversity. If we do not start to recognize, respect, and promote the different uses of this leaf, the stigmatization of this plant will never end. Increasing edible use can be the first step to addressing this problem. Despite Colombia being the biggest producer of coca leaves, it is still not widely used as food – and it could be.

In fact, coca is an alkaloid plant like tea and coffee. A study conducted by Duke et Al. (1975) affirmed that due to its high content of calcium, trace elements, and vitamins, the intake of just 100g daily meets the nutritional needs of both men and women. The cocaine content in the leaves is between 0.5% and 1%. Studies made in 2013 have shown that through chewing and human saliva, this alkaloid is transformed into ecgonine, a substance that helps burn the fat accumulated in the liver, generating energy. So this minimal amount has nothing to do with the devastating effects produced by the processed drug.

Additionally, Greg Aharonian (2014) recently discovered that coca alkaloids can be used to debitter cacao and are safer than other popular food additives such as caffeine, citric acid, theobromine, and sugar. With coca, the bitterness is eliminated while preserving the chocolate’s taste, aroma, and benefits. This mixture has the potential to become a delicious medical or superfood.

The coca leaf is, therefore, a rough diamond that offers infinite possibilities for both culinary and social development. And it is the duty of chefs, gastronomes and social workers to put their creativity at the service of this cause. We owe it to Colombia. “I have to do something about this,” I told myself – and that was the beginning of everything.

The opinions expressed in the articles of this magazine do not necessarily represent the views of The New Gastronome and The University of Gastronomic Sciences of Pollenzo. 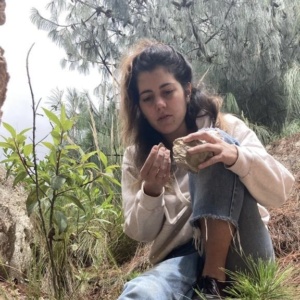 Italo-Colombian born in Spain, madly in love with all cultures and travels (among many other things). Political scientist and historian recently graduated with a master’s degree in Food Cultures and Mobility from the University of Gastronomic Sciences. For her, food is the perfect lens to understand social dynamics and an easy way to address and talk about complex issues which people otherwise would not have the opportunity to hear. After working with the Colombian government for several years, being in contact with indigenous populations, the ancestral communities, and preserving traditions became one of her favorite subjects of study.