The Chinese Influence on Thai Cuisine

Many influences constructed modern Thai cuisine, but Chinese migration to Thailand greatly impacted Thai culinary traditions. Despite the Western food emergence over Southeast Asia and the globalization of food systems during the 19th and 20th centuries, Thai cuisine has continuously been shaped by inner continental injections. Nevertheless, the construction of today’s modern Thai cuisine is very much due to the Chinese diaspora in historical Siam.

Some of the most well-known dishes in the Thai food repertoire declare their Chinese ethnicity. Nevertheless, Thailand’s in-use staple foods such as soy sauce, tofu and sorts of noodles, are a result of Chinese immigration. The continuous assimilation of Chinese to Thailand depicted Chinese contour to the Siamese matriarchal cuisine, leaving significant cooking techniques, new cooking utensils and a remarkable anthology of recipes.

The Chinese migration to Siam started as early as 1351, encouraged by the Ayutthaya kingdom that ruled Siam in the 13th century. During the Ayutthaya rule, the Siamese fostered diplomatic relations with China, creating a remarkable cultural intercourse. Eventually, by the 15th century, the Siamese capital became a central road for the Chinese trade system,[1] and the Sino-Thai community became highly integrated in the country.[2] As recent surveys indicate, the current Thai population in Thailand consists of a majority of 75%[3], out the rest of the minorities, 14% are of significant Chinese heritage[4]— demonstrating that Chinese represents the second largest ethnic group in Thailand.

Thai and Chinese cultures share some common features. One of the circumstances, in which the Chinese assimilation to Siam achieved such great success, is bound to the similarities between Thai and southeastern Chinese culture. As it comes to food, for instance, the preferred staple food for both is rice, fish and pork.[5] Rice and fish are eminent in the Thai cuisine, and symbolize the prosperity and abundance of the land.[6]

Rice is the dominant and preferred grain; it is one of the biggest nutrients in the Thai diet, as it is used in making noodles, flour, and wine. The well-known rice variety is the aromatic jasmine, popular in most of the regions. In the Northern part of the country, glutinous rice— also known as sticky rice for its texture— is used as a more common staple food. Along with rice, fish is a highly important part of Thai matriarchal cuisine and eaten all throughout the country.[7]

“It is no wonder that Chinese restaurants in Thailand are the most popular eat-out spots. The clash between Thai and Chinese cuisine is reciprocal.” 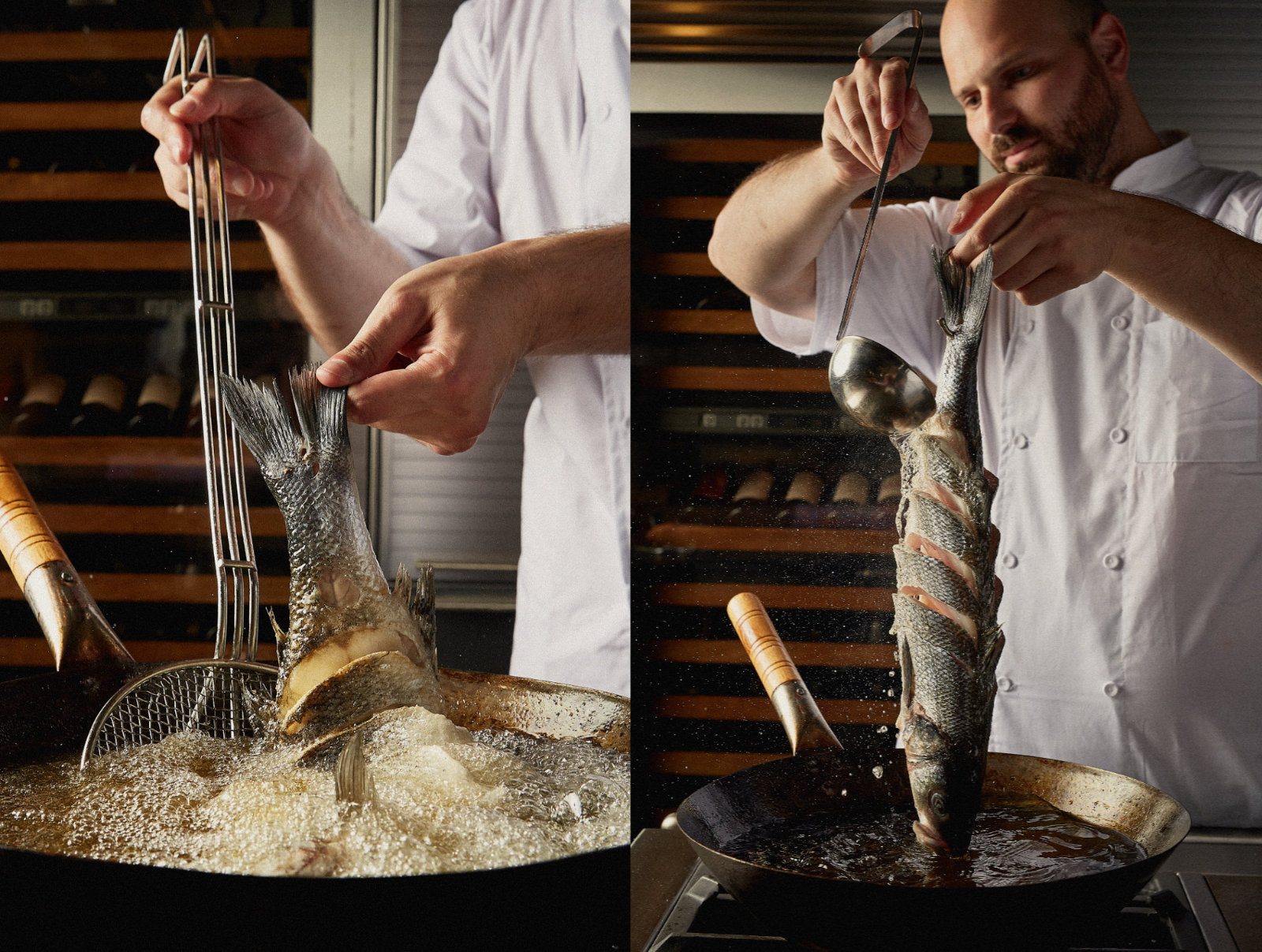 Fish products, such as Thai fish sauce (nam pla), have been proven to have Southeastern Chinese ancestors older than 2,300 years. The ancient Chinese used to ferment pastes made of Fish entrails, soy beans, and salt, called “ge-thcup” – or “koe-cheup” by the southern speakers of the Ming dialect. [8] Today, Thai Fish sauce uses as a main condiment for seasoning Thai dishes, giving the plate saltiness and umaminess. Likewise, other fermented shellfish pastes accompany most Thai dishes. For example, fermented shrimp paste (gkabi) is used as a fundamental ingredient in the making of curry pastes.

It is no wonder that Chinese restaurants in Thailand are the most popular eat-out spots. It is believed that the birthplace of Thai street food was the Chinatown district in Bangkok, also known as ‘Yaowarat’– due to its prime location of Yaowarat Road. The vast bulk of Thai street food is influenced by Chinese immigrants. Dishes such as stewed pork leg (kha moo), congee (jok moo), pork and shrimp steamed dumpling (khanom jeeb) have been declared Sino-Thai. Regarding the large Chinese population, not all staple foods in the Thai-Chinese cuisine are Chinese oriented, but they do incorporate aspects of Chinese cuisine in many dishes. The clash between Thai and Chinese cuisine is reciprocal. Over time, Chinese food has adopted the local Thai tastes – using coriander root, tamarind, lemongrass and chilies.[9]

“A great amount of popular noodle dishes in Thailand claim their Chinese origin.”

Furthermore, some well-known appetizers of the Thai cuisine such as deep fried pork dumplings (thong thung)– also known as ‘money bags’, spring rolls and ‘satay’ skewers are highly popular in market food stalls, despite the fact that they’re not originally Thai. Rather, they’re an influence of South-Asian cuisine spread by Chinese immigrants.[10] More evidence for the historical assimilation of the Chinese to Siam can be found in cooking utensils such as wok (krata kon luek), terracotta brazier (anglo) and cooking techniques such as stir-frying (phat). 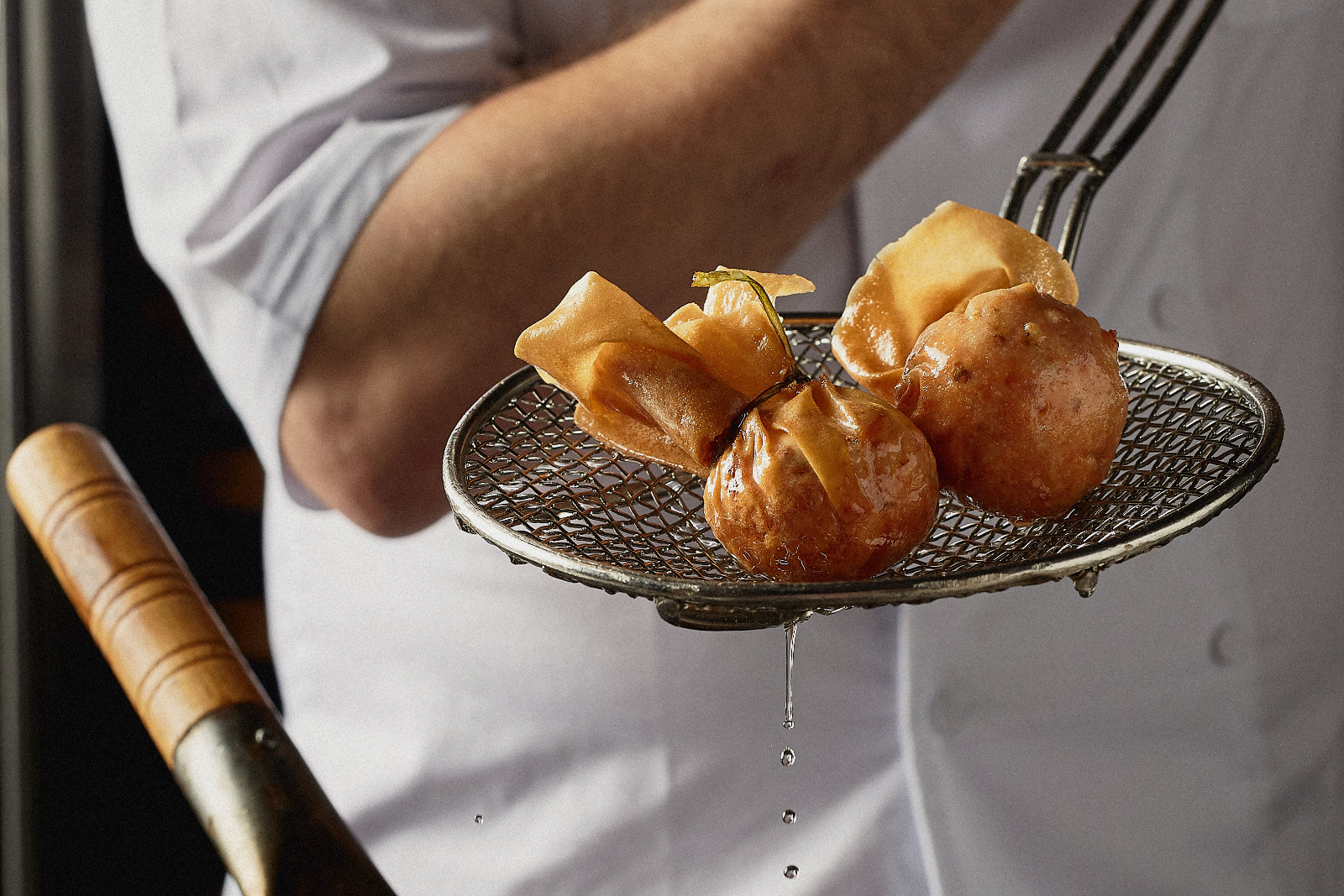 A great amount of popular noodle dishes in Thailand claim their Chinese origin. Both, phat and luak (‘blanched’) types of Chinese rice noodles are highly popular eat-out food and a salient evidence of the Chinese influx in Thailand. Among them can be found: clear egg noodle soup (ba mii), curry with fermented rice noodles (khanom jiin) and the Pad Thai, one of the most iconic rice noodles stir-fry dishes.

Some Chinese influenced dishes are not only due to Chinese ethnicity, but also to Chinese religious groups. Khao soi, for instance, was introduced by the Ho people— Yunnanese Muslim-Chinese traders that settled in the area Chiang Mai, at the Northern part of Thailand. Soon, this curried noodle soup impressed the local diet and became the prominent dish of this area. Served with both boiled and deep fried egg noodles, carrying the aromas of fresh turmeric and black cardamom,[11] and finally complemented with pickled mustard greens and fresh shallots. 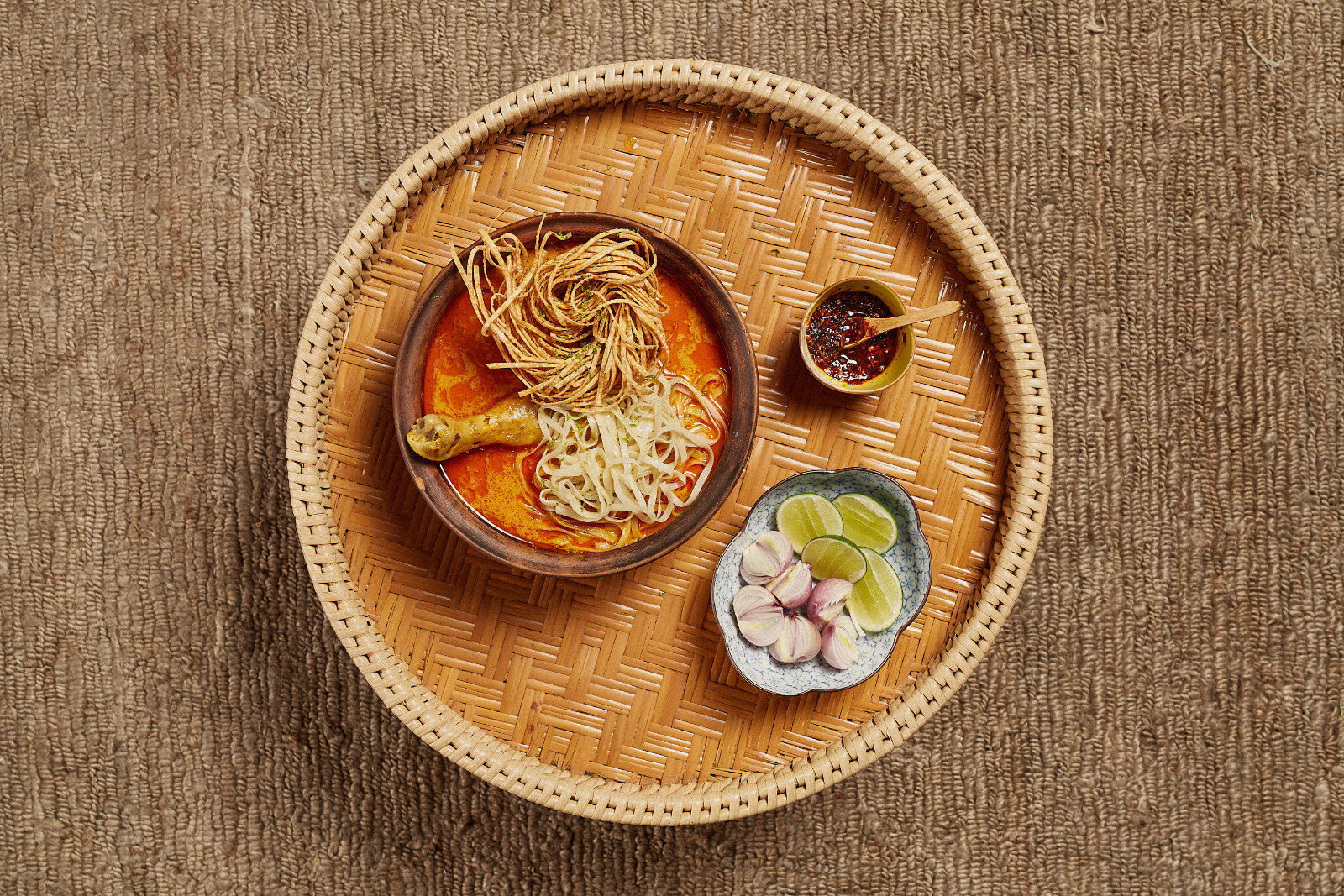 “Associating those ingredients with them generated an inverse take and legitimacy for Chinese vernacularism in the Thai cuisine. ”

Dishes such as pad thai, attempted to unify the “Thai” population as a part of a culinary nationalization process. In 1949, the Thai government passed legislation to distinguish Thai food from other ethnic groups. Part of this culinary standardization process bloomed after the end of total monarchy, in 1932.[12] Not by chance, this practice of changing food names, suited with changing the country’s name from historical ‘Siam’ into more modern ‘Thailand’, to hasten the westernization of the country.[13]

This attempt has ended up with minor impacts over Chinese oriented food, since most of the agricultural and food industries were originally dominated by Chinese people living in Thailand. Associating those ingredients with them generated an inverse take and legitimacy for Chinese vernacularism in the Thai cuisine.

Nowadays, Thai-Chinese cuisine has became a consensus and an important part of the Thai culinary pantheon; it remains an integral socio-cultural part of the country–remarkably evident to cultural food assimilation and a wonderful hybrid of two great cultures. 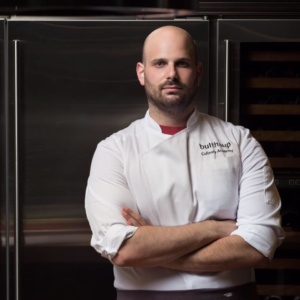