What is a gastronomic myth? A precise definition does not exist, but in most cases, it has to do with the idol who Marc Bloch had already written some harsh words about in The Historian’s Craft: “The explanation of the very recent in terms of the remotest past, naturally attractive to men who have made of this past their chief subject of research, has sometimes dominated our studies to the point of a hypnosis. In its most characteristic aspect, this idol of the historian tribe may be called the obsession with origins”.1

In nutrition and gastronomy, the search for a starting point, a date of birth to be noted on the identity card of a product, a recipe or its gastronomic use has generated – especially in recent times – a variety of forced explanations. If the story isn’t corroborated, as often happens, we resort to “hearsay” that over time takes on a patina of verisimilitude.

This phenomenon is currently very much in vogue, triggered particularly by marketing, and in general, from the need of valorization by telling past episodes of stories. One of the most remarkable examples of this phenomenon places Catherine de’ Medici at the origins of the exportation of Italian cuisine to France. Catherine and her court crossed the Alps, bringing with them her cooks, products, and the recipes that she was used to in Italy. Their gastronomic culture would strongly influence French cuisine.

“Catherine and her court crossed the Alps, bringing with them her cooks, products, and the recipes that she was used to in Italy. Their gastronomic culture would strongly influence French cuisine.”

I have researched the origins and development of the myth of Catherine with my colleague and friend, Loïc Bienassis, of the University of Tours in France. Together, we recently published an essay entitled “La reine à la fourchette et autres histoires. Ce que la table française emprunta à l’Italie: analyse critique d’un mythe”. Our intention was not only to demonstrate that it was a myth, but to also understand when and why it was formed and to follow its developments. We have discovered, among other things, that it is a work in progress that seems unstoppable. Let’s start with the historical ingredients.

The Facts Before the Myth

Catherine de’ Medici was born in Florence, Italy, in 1519, to Lorenzo de’ Medici, Duke of Urbino and Madeleine de La Tour d’Auvergne, a French noblewoman. Catherine’s mother died soon after her birth and her father died, a few days after that. Some relatives took care of the little orphan, including none other than two popes: Leo X, first and then, Clement VII. This was during the period of the Italian wars and, because of the need to form alliances in the expansionist ambitions of the French in Italy, in 1533, the fourteen-year-old Catherine was married to Henry, Duke of Orleans and the second son of King Francis I.

Later, at the death of Henry’s older brother, Francis, Catherine became the Dauphine of France. Then, at the death of Francis I, she became queen next to her husband, who ascended the throne with the name of Henry II. Once her husband was dead, three of her children, in sequence, became kings of France. This was a fortunate and unthinkable social ascent for an Italian of very recent nobility, landed almost by chance and as a young girl, at the French court. Her position would have naturally attracted hatred and enmity, but that’s another story.

“Obviously, [she] had nothing to do with the influence of Italian cuisine in France. We can add, thanks to archival research, that in the list of service people who had dealt with Catherine, since her arrival in France and until her death, there were absolutely no Italian chefs.”

The French cuisine, at the time of Catherine, presented some elements from Italy — all of which existed prior to the arrival of Catherine in France herself. Some derived from the same wars of Italy, mentioned earlier, which allowed the French to become acquainted with Italian gastronomic uses. Others arrived with the great diffusion of the treatise of Platina’s De honesta voluptate et valetudine (On Right Pleasure and Good Health), printed in Italy around 1470, in the original Latin version. In 1505, the publication was immediately translated into French and exported to France by the Montpellier doctor Didier Christol, with the title of Platine en Françoys.

On Right Pleasure contained, in addition to dietary norms, historical notations and much more, a translation of the culinary recipes of Maestro Martino, the most significant representative of Italian cuisine of the fifteenth century. The very fact that Christol can name his translation with the author’s name, Platina, shows us to what extent those recipes were already well known in France. It was certainly not necessary to call into question the orphan girl who became queen to justify the spread of Italian gastronomic uses in France.

Despite the long life of Catherine – she died in 1589, just before turning 70 – there was only one historical source that related her to food: a chronicler tells that on June 19, 1575, while she was at a wedding, the queen became sick and had indigestion after she gluttonously ate a pie made with artichoke and offal of roosters, which she loved.2 This and, in addition, some annotation of ambassadors who saw her gaining weight over time, was Catherine’s only ties to food during her lifetime. Obviously, they had nothing to do with the influence of Italian cuisine in France. We can add, thanks to archival research, that in the list of service people who had dealt with Catherine, since her arrival in France and until her death, there were absolutely no Italian chefs.

Deciphering the Origins of This Myth

When was the myth born, then? First of all, it’s necessary to wait more than a century after Catherine’s death to find the first signs of it. The first source we identified dates back to 1719 and is the work of Nicolas Delamare, a police commissioner, who wrote a comprehensive piece on the good and legal operation of a large city where numerous historical references appeared. Among them, we found a couple of allusions to the “Italians who followed Catherine de’ Medici” and brought to France the culinary uses of their country and some liqueurs.3

“When was the myth born, then? First of all, it’s necessary to wait more than a century after Catherine’s death to find the first signs of it.”

Before our study, the historians who took care of the myth made it start from a cookbook (and other books that followed this cookbook). They referenced Les Dons de Comus by François Marin, dating back to 1739, and his Suite des Dons de Comus, published three years later, where the preface was entrusted to intellectuals of the time. In 1739, the choice fell on two Jesuits, Pierre Brumoy and Guillaume-Hyacinthe Bougeant, who – in tracing the story of cuisine and its origins to their time – did not evoke Catherine, but argued that it was the Italians who taught its art to the French.4

The author of the preface to the Suite, the intellectual and lettered man, Anne-Gabriel Meusnier de Querlon, went shortly afterwards: after the ancient Asians taught the Greeks and the Greeks taught the Romans, Meusnier de Querlon “blamed” the excessive refinement to which the uses that the French learned from the Italians, during the Italian wars, had been reached.5

Catherine continued to make her sensational descent in the field a little further. On the solid groundwork created by Delamare, from the Dons and the Suite, two entries were created in the famous and illuminist Encyclopédie, which represented the decisive vehicle of the myth. The first was “Assaisonnement” (Condiments), published in 1751. The author (who was long thought to be Denis Diderot, but scholars are no longer so sure) saw, in the kitchen and its excessive refinements, “a branch of lust” and claimed that the French rulers had tried to prevent it from spreading until, under the reign of Henry II, “these crafty cooks began to become important men”. They were guilty, “this crowd of pleasure-seeking Italians who followed Catherine de’ Medici to the court”.6

Three years later, the second entry “Cuisine”, which we owe to the pen of the chevalier de Jaucourt, implicitly transformed into cooks, part of the Italians who came with Catherine: “at that time, the chefs from beyond the Alps came to settle in France”, he wrote, and he went a little further writing of “the crowd of corrupt Italians serving at the court of Catherine de’ Medici”.7 Here, the myth reached the fullest form and, in addition, was clearly “disguised” by historical truth.

“The myth doesn’t end here; it has a second phase. With many authors, in fact, some of Catherine’s cooks received a name, often linked to the inventions that made them famous.”

Many authors, in fact, believed it and contributed further to its diffusion. Without mentioning the long list of dictionaries that drew much of the material from the Encyclopédie, we can point out, for example, Carême and Grimod de la Reynière. In 1807, in the Journal des gourmands which was inspired by Grimod, the quote was resumed, but with a positive value: we owe the transformation of cuisine to Catherine, “illustrious queen”, gifted with great qualities.8

From these and other authors, but most probably from the Encyclopédie, the legendary chefs spread and reached important positions, even in the twentieth century. To cite just one example among many, Mary Frances Kennedy Fisher, in her book The Art of Eating (1954), devotes an entire chapter to “Catherine’s Lonesome Cooks”, probably the best that the French kingdom has known.9

The myth doesn’t end here; it has a second phase. With many authors, in fact, some of Catherine’s cooks received a name, often linked to the inventions that made them famous. Mr. Popelini – attested for the first time in 1890 – invented the poupelins, sweets of pâte à choux; among the numerous authors who mentioned it, some believed that “Popelini” was only the nickname of an even more unlikely Mr. Pastarelli or Pasterelli, always rigorously without a first name. A first name, instead, had Mr. John Pastilla – inventor of the caramelline or “candies”.

Mr. Frangipani, inventor of the frangipane, cream or sweet with a clear Italian name, and an almond scented perfume made for gloves, had baptismal names that changed according to the authors who wrote about him. He could’ve been called Cesare or Pompeo; he could’ve been a cook or a nobleman following Henry III, son of Catherine; he could’ve had Florentine or Roman origins … and so on and on and on. These were the most common characters, but there was also a “second line” of cooks that would include, for example, a Mr. Berini, who rediscovered sauces lost for centuries.

None of them have ever existed, or in any case, have ever created what was attributed to them. Yet, the ranks of Italian cooks who crossed the Alps and gastronomically invaded France, in the 16th century, were a myth that seemed to be destined to a successful future and still retains its charm. Both the myth and how it was constructed, are fascinating. 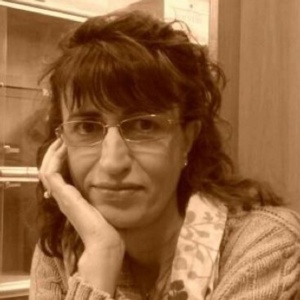 Antonella Campanini is an Associate Professor at the Alma Mater Studiorum University of Bologna, where she teaches Food History and is a former researcher at the University of Gastronomic Sciences. Her main area of research is the social history of food between the Middle Ages and the early modern age. Member of the Conseil Scientifique of the Institut Européen d'Histoire et des Cultures de l'Alimentation, she has published numerous scientific publications and directs two international series of studies on food culture: "Tables des Hommes", PUFR, Tours and "European Food Issues ", PIE Peter Lang, Brussels et al. Two of her most recent monographs: Food Cultures in Medieval Europe (Brussels, 2019) and Food. Birth and history of a cultural heritage (Rome, 2019).