A Cup of Love 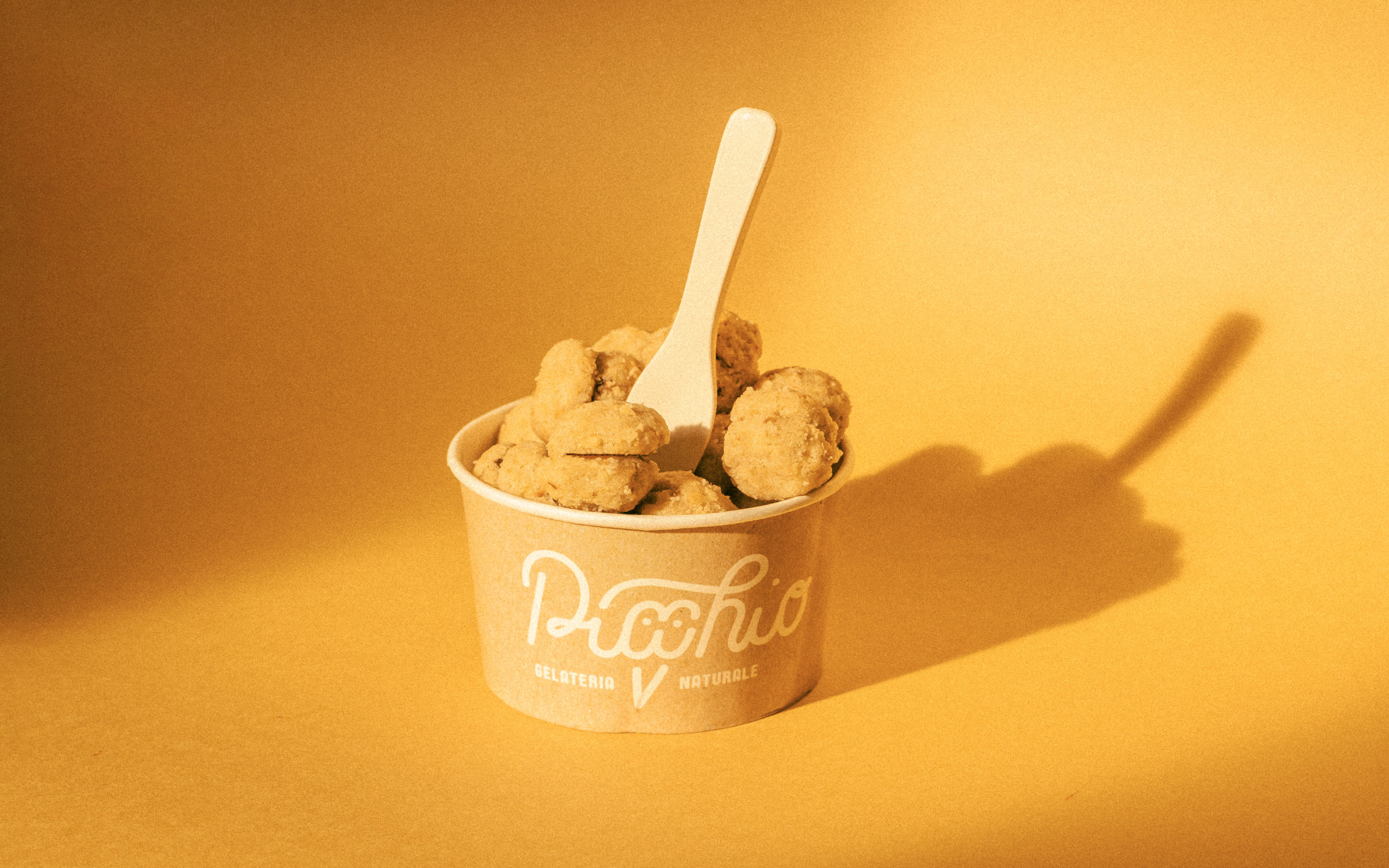 “In the long history of mankind and of the animal race, those who have learned to collaborate more effectively have prevailed.” Darwin famously said that, while it is more difficult to work together, those who succeed in putting aside the “I” and concentrate on the “We” become invincible.

During the inauguration speech of the academic year 2021/2022, the renowned architect Renzo Piano said the following: “If I had been alone, none of my buildings, palaces or creations would exist.” At this moment, the connection between this inspiring personality and the University of Gastronomic Sciences became clear because without collaboration, without the exchange of ideas, opinions and projects, nothing great, new or exciting can happen. Instead, if more people decided to collaborate, to listen to the ideas of others, and work together to improve, the best projects – things of beauty – can come to life. This might seem obvious, but it is really difficult to do.

In this article, I want to talk more about synergy and collaboration. We will not speak about saving the planet or creating a fantastic modern and sustainable building like Renzo Piano’s. Still, we will talk about two people who have decided to exchange their ideas and have created something together.

The protagonists of this story are two artisans, two creators of goodness, made in collaboration with their teams. First, we have Picchio, an ice cream maker, awarded two out of three cones in the Gambero Rosso guide. After a life dedicated to office work, he decided to chase his dream and opened a small ice cream shop in the heart of Bracciano – in the province of Rome, Lazio – with his wife. In his shop, Picchio uses only the best raw materials and searches for the best hazelnut, the purest and most sustainable chocolate, the pistachio of the softest colour. In doing so, he tries to educate his clientele on new, different flavours, following the rules of seasonality and the natural availability of raw materials. His values of love, research and experimentation can be tasted in the products.

“Instead, if more people decided to collaborate, to listen to the ideas of others, and work together to improve, the best projects – things of beauty – can come to life.”

Secondly, we have Rosso Gentile Agriforno, a project founded by three young members in Mondovì – in the province of Cuneo, Piemont – that has also been awarded two out of three bread loaves in the Gambero Rosso guide. The main objective of the bakery is to create genuine products, trying to use almost exclusively their own raw materials, that have guaranteed genuineness, quality and provenance. They have a field where the grains are cultivated, respected and harvested, and a vegetable garden where red fruits, wild nettles, vegetables, herbs, salads, thistles, hazelnut plants and more are grown – always with the utmost respect for the land. Everything they grow later gets used in their cakes, pies, biscuits and juices made in their laboratory.

Among the thousand delights that Agriforno prepares, there are the Baci di Dama, a typical Piedmontese biscuit made with hazelnut, flour, butter and a pinch of chocolate cream. The name ‘Baci di Dama’ comes from the fact that the two-round cookies come together and seem to kiss romantically, joined in the embrace by a drop of dark chocolate. Legend has it that on a beautiful day in 1852, King Vittorio Emanuele II asked the court cooks to create a new dessert with a different flavour and shape than usual. The royal cooks set to work and created the treat that, with the sovereign’s approval, was then served on the tables of the rest of Italy and Europe.

Among the many passions of Picchio, our ice cream maker, are also biscuits – especially when reinterpreted as a gelato flavour. Meanwhile, Stefano from Rosso Gentile always wanted to find an ice cream maker that could transform his precious Baci di Dama into gelato. With neither of them knowing about the other, it took a while to create a connection between these two small artisans of taste, so far away from one another and yet so close in terms of shared values and passion for what they do. Both give meticulous attention to their treasures, as if every hazelnut, every grain of wheat and every cup of ice cream should be an emblem of happiness. Their products tell about the passion that moves these artisans; they speak of the possibility of going against the tide and doing good, of creating good things, of a starting point, of inspiring people, of the story behind the product.

If one of the two protagonists of our story had decided to keep the vision to himself, if either one had not been willing to collaborate, this synergy would not have been created, this connection would not have extended from Piedmont to Lazio. In this case, it was I, the writer, knowing both realities, that stretched this thread from one side to the other, creating this magical connection between fantastic people and excellent products. One day, after listening to Stefano’s dream, I proposed to let Picchio make the ice cream and took his delicious Baci di Dama from one region to the other via train. From there, the Baci di Dama gelato was created. This synergy added extra value to two already existing, delicious products, adding magic and a touch of love that can now be tasted in each cup of this special ice cream flavour.

“Their products tell about the passion that moves these artisans; they speak of the possibility of going against the tide and doing good, of creating good things, of a starting point, of inspiring people, of the story behind the product.”

But there are also other examples of collaboration that have shaped some of the most famous food items and recipes into what they are today – for very few of them have just one person as their protagonist. If we retrace the story of the classic “alla Milanese” risotto, for example, we will find that it was born as a collaboration between a master glassmaker and a cook. Legend has it that among the Flemish glassmakers who worked at the Duomo of Milan was a certain Valerio of Flanders, whose assistant had been renamed Zafferano because he would always add the spice to the glass to give extra brightness. In 1574, on the wedding day of Valerio of Flanders’s daughter, Zafferano convinced the cook to add a pinch of saffron to the risotto, which was otherwise only served with butter. While the wedding guests were surprised, the taste was excellent and the colour simply breathtaking, so much so that the risotto became a tradition, its golden colour symbolising prosperity and wealth.

Another story is that of the famous Kellogg cereals. In 1894, the Kellogg brothers began working on a simple food to give to their clinic patients. They started to bake wheat seeds but, consumed by their work, let them cool too long, and the seeds became hard. In order not to waste the raw materials, they decided to flatten the grains with rollers. Instead, what they imagined turned out as long sheets of dough transformed into flakes, which they served to their patients with milk. The result was surprising and delicious, to the point that even today, cornflakes are synonymous with breakfast.

Of course, all these stories are different from the relationships and people who created them. Still, they are always the result of a collaboration process between multiple people who have created these dishes that are now renowned and appreciated.

When we are talking about small realities like Picchio and Rosso Gentile Agriforno, this synergy acquires even more meaning as it comes from local artisans who are less known and visible than a great chef or king. And if it were possible, somehow, to connect all these excellent small realities that create goodness, there would be magic in every product we buy and taste. 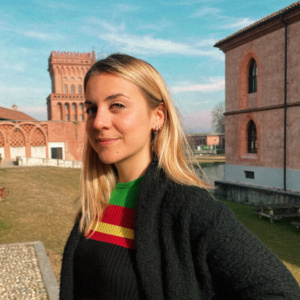 She’s a student in the graduate program in Food Innovation and Management at the University of Gastronomic Science of Pollenzo and a curious food enthusiast passionate about travelling and getting to know new people, tastes, and traditions. She is now working in a Venture Capital in Barcelona, specialising in researching and identifying the needs and desires of customers related to food and beverage products. She tries to be updated with all the innovations in the food and beverage market, in Europe, the UK and the US., researching interesting companies and startups that make our lives healthier and happier.