A Walk on the Wild Side

The Importance of Wild Pollinators

Everybody loves and cares for honeybees. So, naturally, we want to protect them from climate change and pollution, but we also need to remember their wild cousins, who are equally as precious for biodiversity and environmental conservation.

The last few years have been the most difficult and terrible for honeybees since their appearance on planet Earth millions of years ago. Climate change and pollution, as well as the loss of their natural habitat, are the causes of the honeybee’s population decline. Humans are responsible for these bad environmental conditions: the drastic reduction of “wild” areas like forests, woods, meadows and hedgerows, combined with bad agricultural practices like growing monocultures and the massive use of pesticides, have caused a significant loss of biodiversity.

Flowers are the principal food source for honeybees, as they depend on their nectar and pollen to survive. But the bound is reciprocal. Most of the time flowers need pollinators to reproduce. In order to reduce our dependence on pollinators, we have selected fruits and vegetables that can auto-pollinate or that are anemophilous – these kinds use the wind to pollinate – but this only works in theory! In reality, we are extremely dependent on bees and other insects for pollination, considering that 75% of our food is produced thanks to these little guys. Thinking about the free service that nature gives us, we should rather be grateful and careful to protect these insects: they are able to improve the quantity and quality of our food supplies, securing them in exchange for some wild spaces in which to nest and live.

“In reality, we are extremely dependent on bees and other insects for pollination, considering that 75% of our food is produced thanks to these little guys.”

Nature is complex but functions perfectly if human interferences are limited. In fact, more and more studies on conventional agricultural systems are proving that extended monocultures and the massive use of pesticides are responsible for the reduction of biodiversity and the subsequent decline in insect populations. The threats that we are causing to the environment and the animals that inhabit it are immense and irreversible: in the last decades, we have lost 40% of insect species, most of whom had been pollinators! Even for people less concerned with environmental issues, this should be alarming as huge economic losses are connected to it. The service pollinators provide for agriculture can be estimated at around 15 billion euros in Europe alone.1

Even though we are brought up to think that honeybees are the only and most efficient pollinators for our crops, this estimation includes not only them and other managed pollinators like bumblebees but the whole ecological system of wild insects. Honeybees are the champions in honey production and they are very good at pollinating certain kinds of fruits and vegetables but definitely not all. Their body has evolved in combination with the shape of specific flowers and plants, which means that the European honeybee fits native European plants better, even though they are very adaptable and a good solution for many crops. But this kind of social bee has certain specific needs that are not necessarily suitable for the pollination of greenhouse crops, for example. In this particular case, even in conventional agriculture, bumblebee colonies are used instead! The main difference comes down to the method of pollen collection: honeybees simply land on a flower and start to collect pollen with their legs and their hairy body,  while bumblebees produce a vibration that shakes the flower and helps to release more pollen, even the ones hidden in the smallest and tightest part of the plant. Tomatoes, eggplants, peppers and other plants of the Solanaceae family gain an advantage through bumblebee pollination, due to the form of their flowers. Considering this factor and bumblebees’ better resistance to closed and stressful environments, they are sold and largely employed in greenhouse facilities – rather than honeybees.

Other important crops like alfalfa, a nitrogen fixer plant largely used for livestock fodder, are also more productive and can grow better seeds if pollinated by other insects. Actually, for this plant of the legume family, our beloved honeybees are almost parasites: the alfalfa flower hits the body of the bees when they try to reach the hidden pollen reserve, causing them some discomfort. To avoid this annoying situation, honeybees have created a method to “steal” only the nectar from the back of the flower, leaving the pollen safe but unpollinated at the core of the bloom. This loophole is only advantageous to the bees, who manage to gain nutrition without rewarding the plant with fertility. This problem is bigger than you might think, as the lack of fertilization corresponds with the absence of seeds, which means no future for this plant! Fortunately, there are other insects, like the native American alkali bees (Nomia melanderi) that are smaller and less picky than honeybees. As they don’t get annoyed by the “slap” of the flower, they are literally saving this crop from extinction. I’ve read about this interesting story in the magnificent book “Buzz – the nature and necessity of bees”, by Thor Hanson, an American biologist. This book is full of useful information to extend your knowledge about this family of pollinators and to deepen your love for wild insects and their protection. From the big black and furry carpenter bee (Xylocopa genus) to the rare microscopic golden bee (Perdita genus), you will discover that these animals can have different sizes, colours, shapes and behaviours that bring them to live in colonies or alone and building their nests in trees or even underground.

To avoid discrimination of other families of insects, we need to remember that butterflies, moths, wasps and hoverflies are as important to the ecosystem as our beloved stripped buddies.

“Caring about nature, observing and preserving it, is a duty that we as humans have because exploring the beauty of small things and discovering its mystery are some of the best things we can do to find ourselves.”

We tend to categorize the animals into ‘good ones’ or ‘bad ones’, according to their aspects, so if butterflies and moths are appreciated for their beauty and considered friendly, we usually don’t like hoverflies and wasps. The latter is the most hated, as they can sting us and constantly annoy us when we are trying to eat outside during summer. Nevertheless, they are very important to our ecosystem, thanks to their role as pollinators and even as predators of parasites like aphids.  Furthermore, if you are a fig lover like me, the Blastophaga psenes – a little wasp species – is crucial for the production of these fruits. This is the only animal on the planet responsible for the fig tree fertilization: in a complex system of nesting, some females of this species sacrifice their ability to reproduce to pursue the production of fig seeds! In fact, fig trees are dioecious (this means that they have female and male flowers on different trees) where the female tree bears the fantastic fruits that sweeten our summers. If it wasn’t for this tiny wasp that relies on figs to reproduce, we wouldn’t have fig seeds and fig trees at all. So how do they do it? Usually, the female wasps use male fig flowers to banquet and nest but a small number of wasps decide to go into the female flowers just to fertilize their totemic plant. You see, wasps are more far-sighted than humans because they make a selfless decision that will guarantee the survival of their whole species in the future – even at the expense of not being able to reproduce in that particular moment. 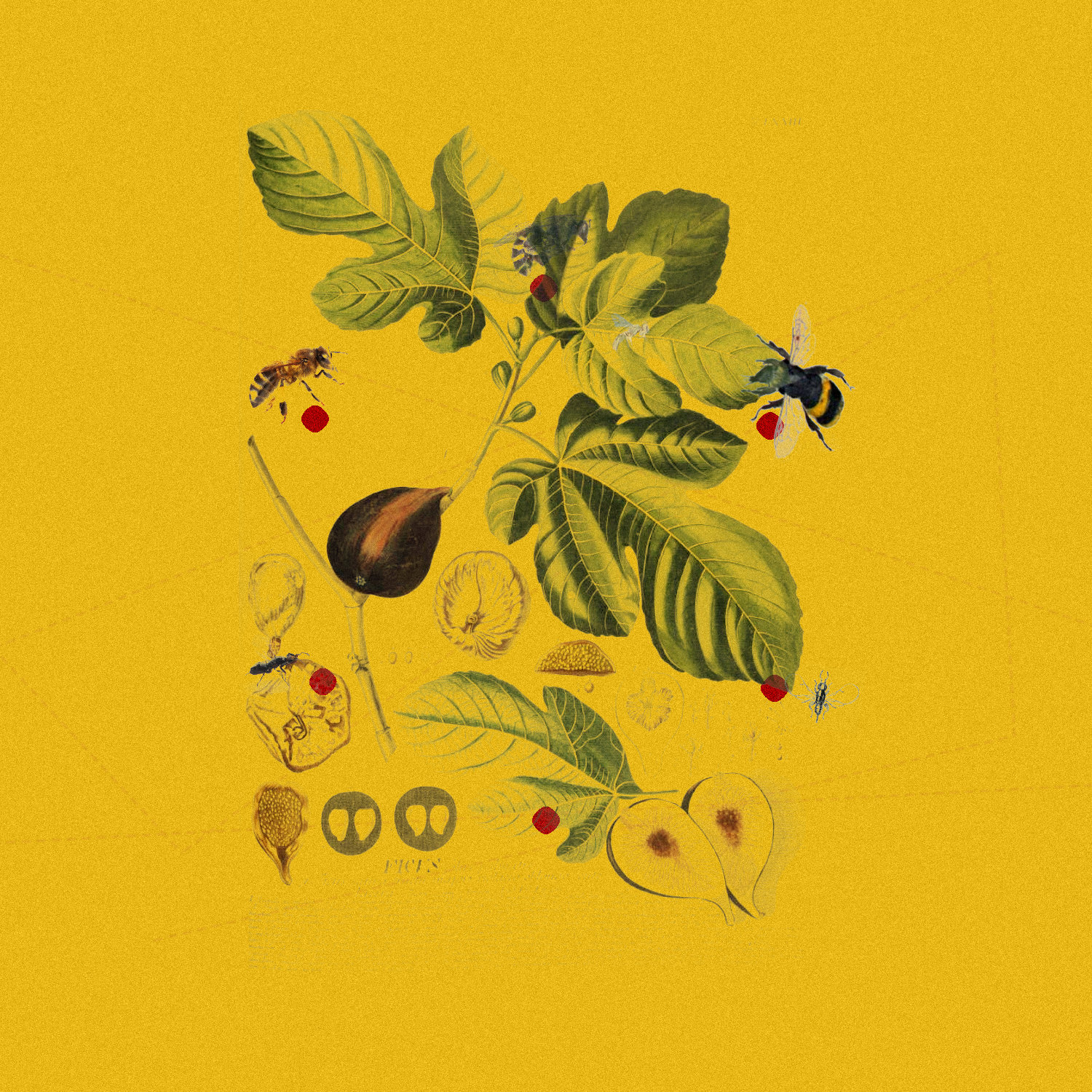 Let’s try to help these animals to survive and to thrive together with us, by making small but good decisions every day: buying organic food in local markets, for example, to reduce the impact and use of pesticides, or planting some pollinator-friendly plants on our balcony and windowsill to ensure blooms every season of the year. Another idea would be to install bug hotels in our gardens to help wild pollinators find some safe spots to nest in. Those are some little tricks that everybody can do to help the conservation of these important insects, but we must urge our governments for more radical and concrete plans to contrast the loss of biodiversity and the effects this has on climate change as well.

Caring about nature, observing and preserving it, is a duty that we as humans have because exploring the beauty of small things and discovering its mystery are some of the best things we can do to find ourselves…I’ve had this confirmation once again reading, this time the beautiful book of Frederik Sjöberg “The Fly Trap”.

#EUPollinators: Small, Precious and in Need of Protection!

What’s The Buzz about Wild Bees 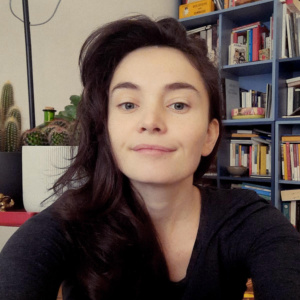 She graduated in oriental languages and culture at Ca’ Foscari University of Venice and obtained two Master degrees in Gastronomy and Wine Culture Communication and Management at the University of Gastronomic Sciences in Pollenzo, Italy. She is interested in studying different food cultures under a sociological point of view and environmental implication in food production. She is vegetarian and grows her own vegetables in a permacultural garden and is an amateur beekeeper.