Until a few years ago, the “wine universe” was essentially divided into the old world – the most historic parts of Europe – and the new world, represented by those nations that have approached the production of wine only in more recent times. In the eye of the storm today, however, is rather the new old world: maybe it has not been talked about enough but wine has always been produced there (and in such a good way!)

Leading the world wine production, in terms of historicity, culture, quantity and quality, were nations like France, Spain and Italy, always in league – year after year – to win the first place on the podium in terms of hectoliters produced. In the old world, wine has exploded: it has become a social element of aggregation, a fraternal companion on the table, at home as well as at the restaurant, business and brand, terroir and variety, farming knowledge and industry.

In the new world, the consumer became the entrepreneur. Countries like the USA, with Barossa and Sonoma Valley, Australia and New Zealand have made themselves producers, exploiting the large expanses of land of which they were geographically endowed and planting mostly typical varieties of Bordeaux. Argentina, Chile and South Africa have also played their part, often represented by foreign faces, coming from the northern hemisphere and wanting to invest in the virgin fertility of those territories.

“In recent years, the universe of wine has changed and with it its users. They became, more and more sensitive to the plot woven behind that glass, to the people, who first produced it in the vineyard and then in the cellar, to meet them and to share them with others.“

Here, the secular European traditions have been condensed in a few decades and the wine industry has become, in a very short time, a substantial economic activity; always in step with the most innovative technologies, both in the vinification phase and in hospitality (just think of the modern cellars of Sonoma, equipped with luxurious tasting rooms with shops and other benefits). Not having been influenced by a solid tradition, meant they were somehow able to build it.

The road taken by the new world seemed to have been the right one, but a more ardent flame was slowly coming to life in the hearts of the most passionate. 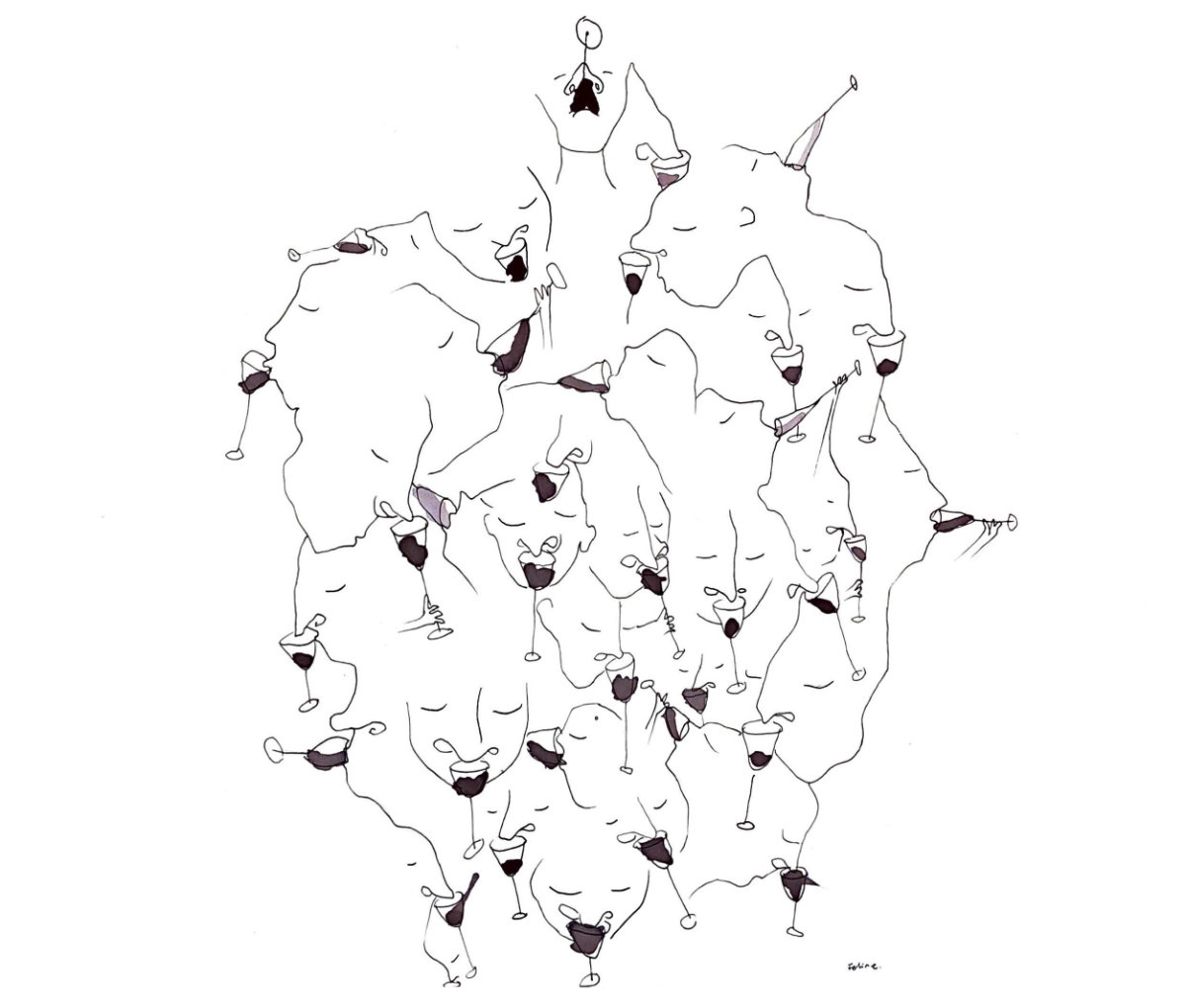 The Awakening of the New Old World

In recent years, the universe of wine has changed and with it its users. They became, more and more sensitive to the plot woven behind that glass, to the people, who first produced it in the vineyard and then in the cellar, to meet them and to share them with others.

The thirst for soft, round and full-bodied reds of the past has turned into a thirst for story-telling. Essentially, two currents of thought currently convey the choices of wine lovers and feed their passion:

Look back and go back to the origins of wine. But, without stopping that spasmodic race backwards, look at the legendary Greek symposia, at the libations of the ancient Romans and at the miracles of the Bible. There is the desire to go back even further to the pragmatic level, beyond the didactic pillars imposed by the ‘history of wine’ as they have always taught it, straight to the point: the land, the vine and the winemaking technique.

Georgia: The cradle of wine is historically to be placed in the Middle East, more precisely in that strip of land called Georgia – land border, a melting point between Europe and Asia, hybrid and mestizo and for this reason intended to bring in a concentrate of fascinating and implacable heterogeneity.

Here, the Bacchus liquid traditionally rests under the earth, inside the qvevri, the local terracotta amphorae. For a long historical period (1921-1991), Georgia had to submit to the Soviet regime of the USSR as a Soviet Socialist Republic and then as a federated republic. From this regime, the amphorae were not willingly accepted – if not forbidden – and the Georgian wine risked, for this reason, to lose its most ancient wisdom. Despite the prohibition, however, many continued to produce wine in amphorae for family consumption, exclusively, and fortunately so, I would add, as otherwise, today, we would not even know about it.

Greece: The cradle of culture, thought and art; by many, it is today identified as a mythological land with historical finds scattered here and there that are worth visiting once in life; for others, it is a tourist destination, full of fascinating coves, small islands full of summer nightlife, a place to eat pita, feta and baklava. Few would think of associating this land with wine. In Greece, however, wine has always been made and has always rhymed with Assyrtiko, the most famous variety, native to the island of Santorini and later planted on the continent as well. In the northern part, on the border with Macedonia, great things are being done too. The young twins Jason and Meli Ligas, for example, cultivate the vineyard in permaculture, keeping alive the oldest grapes such as Xinomavro and Roditis and experiment with amphorae and almost no use of sulfur.

Once enological France, par excellence, was essentially represented by Burgundy, Bordeaux, Champagne and perhaps a little Alsace. Today, the situation in Burgundy has remained unchanged (with revenge of the Aligoté on the most famous varieties of the area) because Burgundy anticipates, overcomes, and does not care about fashion. Bordeaux seems not able to make room for itself in this storm of contemporary taste and, in Champagne, the small récoltants manipulants are starting a revolution, especially in the area of the Aube (or Cote de Bars), the long-time protagonist of the dilemma (to date inconsistent) to consider inside or outside the AOC, given its remoteness from the main district of Reims.

Loire: This area, instead, lives in its most fervent splendor, played by epic faces like Nicolas Joly, a tireless supporter and implacable divulger of biodynamics, nature assistant more than winemaker, but above all, owner and creator of La Coulée de Serrant. Like Jean Pierre Robinot, able to barely touch his Chenin Blanc and transform it into liquids so fascinating, anarchic and distant, to make people understand that yes, wine thrills!

Beaujolais: For too long, Beaujolais has been wrongly identified with the Beaujolais Nouveau and consequently with its reputation: new wine based on Gamay, young and vinous, uninteresting, to drink without thinking too much about it. The Beaujolais is another, and to explain it, they were winemakers of the caliber of Chauvet, Lapierre, Néauport. It is almost unbelievable that right here, precisely in Morgon, we sink its deep roots into the vin naturel, as we usually understand it today: that wine made without adding sulfur, sugars or yeasts(A. Feiring, 2011).  The revenge of the winemaker, called by name, on the anonymous chateau.

We talked about areas where wine has always been made, areas that have only recently come back to the light, and areas that have never lost their luster, but where can we place the future world of wine? Where do we have to position China?

The Chinese have always been profound admirers of the wine industry, established collectors, wine merchants, investors and importers. But few still speak of China as a ‘producer’ of wine in all respects. Yet, it currently occupies the second world position, after Spain, for the area under vines: almost all of the production is dedicated to the red berried grapes, with the Cabernet Sauvignon at the top. It is no coincidence that many families today invest in the enological education of their children, allowing them to study ‘on the spot’, primarily in Bordeaux and Montpellier, with the ambition to transfer part of that know-how to Asia and shorten the distances between the old and the new wine continent.

In this amazing journey through the different wine worlds, without maps and without GPS, provided only with corkscrew and glass, the power of this drink becomes clear: wine is able to create bonds, not only among the most diverse people but even among the most distant lands. Is there anything more contemporary and necessary than this? 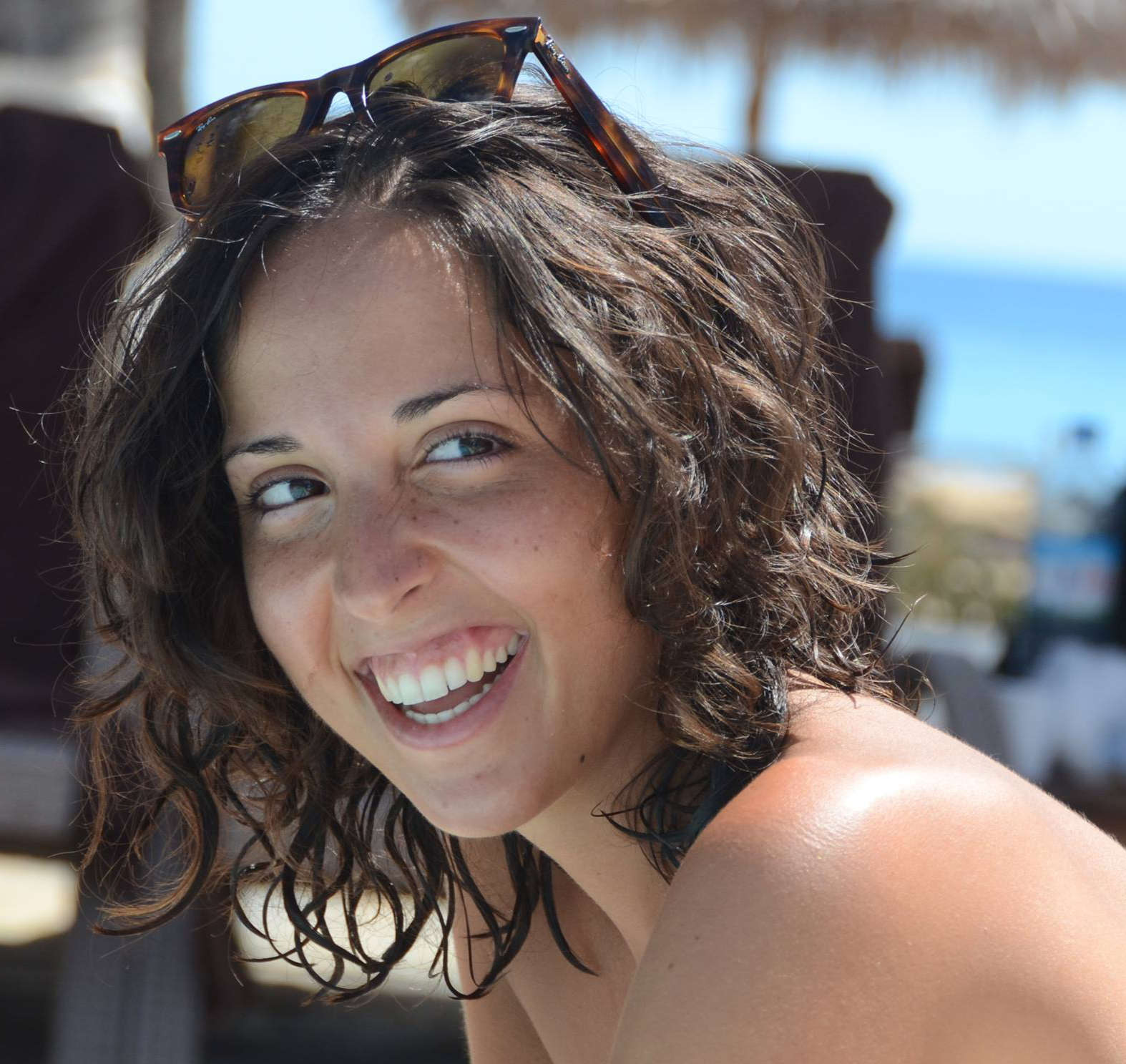 Food&Wine content creator, a copywriter for Eataly's Storie di Sapori and alumna of the University of Gastronomic Sciences. Raw wine addict, looking for female winemakers and Soloroero supporter. Always smiling, quite touchy and forever hungry & thirsty. Drink some bubbles with her and she will be really happy!