The Renaissance of the Can 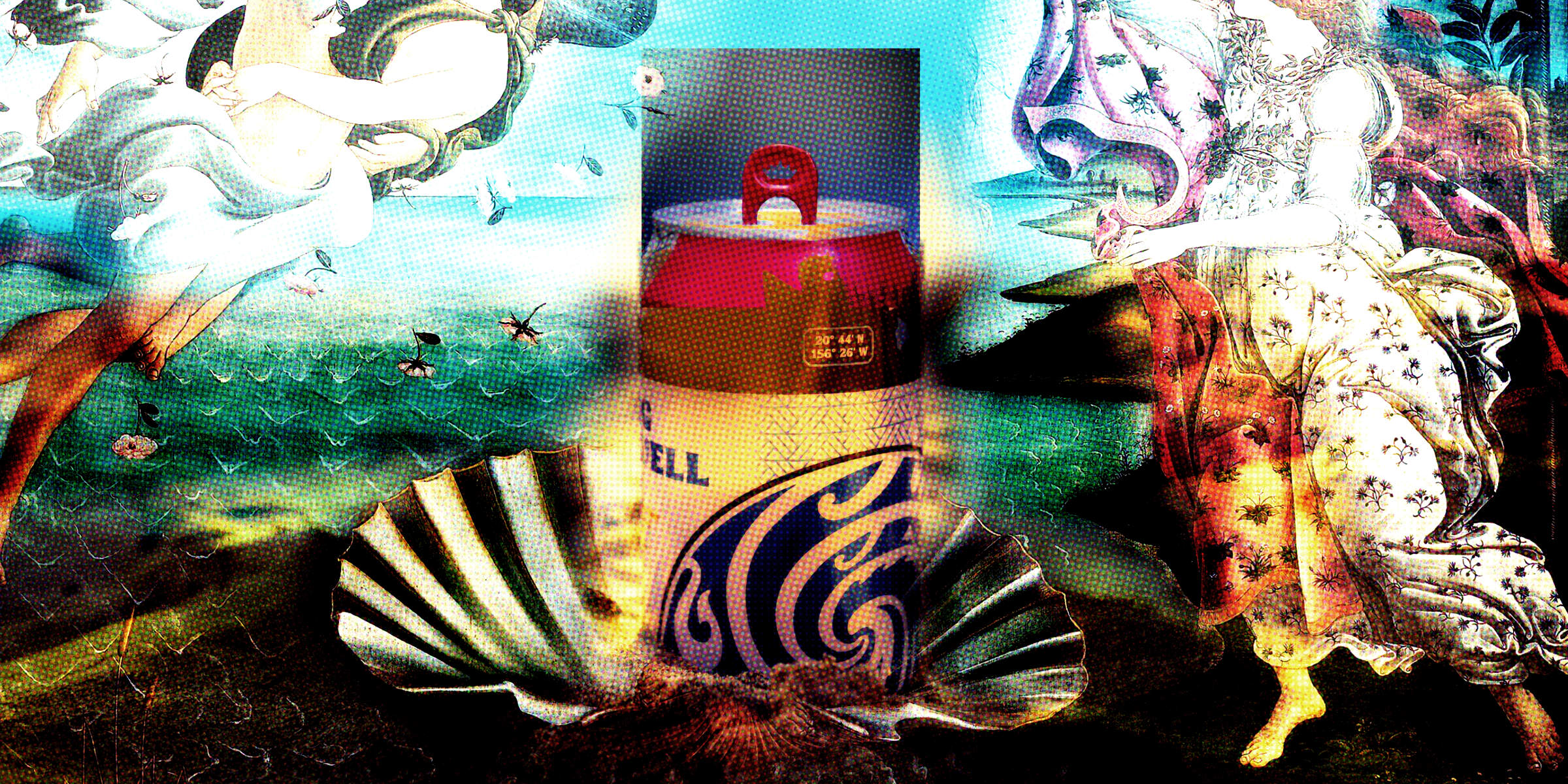 While studying a food product and analysing its cultural roots, usages and evolution, it’s always important to tell the story of its packaging too – which, most of the time, is as interesting as what’s hidden inside. The outside is the first thing customers see, making it the first step in their evaluation of a product. Over time, as purchasing and the introduction of marketing have helped their evolution, containers have gained more importance, going through different stages, changing their material, shape, colour and design; and beer is one of the most interesting examples of how the conception of packaging has changed over time.

I am not talking about the more typical and – maybe – more appreciated glass bottle, but about the can and its difficult history, which started in the very first year of the 20th century. The only material used for preserving beer at that time was not the more common aluminium, but metal sheets. However, as we are going to see, the usage of metal caused certain issues, both for the quality and for the safety of the beverage. That’s why, after a short “trial period”, the can started its decline in favour of the glass bottle, which showed a higher quality of preservation, without affecting the final taste of the beer and started getting used more than the former packaging. In recent years, however, the beer can registered an important increase in the market during the new craft beer wave.

A crucial stage for the success of the can was during the Prohibition period in the United States, when the American law, known as the “Volstead Act” (1919), which prohibited the production, sale and consumption of alcoholic beverages, was partially banned. Showing how prohibition often produced adverse effects instead of the desired ones, the introduction of the “Blaine Act” (1933) made beer legal in all respects. From this moment on, a very prolific period began for this beverage with many experiments and researches conducted to look for a more effective way of preserving beer. As one of many, the American Can Company started looking for something to avoid some fundamental problems that were hindering the can’s commercialization at the time and the Gottfried Krueger Brewery in New Jersey was the first to present a new model of a beer can to the market. It should be noted that this first sample of the beer can was very different from what is known today – for two fundamental reasons. Firstly, it was made of metal sheets that released dangerous substances at the slightest contact with even mildly acidic products – this was risky for consumers and for the quality of the beer itself. Secondly, the top of the can was completely sealed and had to be pierced in order to drink from it.

“As one of many, the American Can Company started looking for something to avoid some fundamental problems that were hindering the can’s commercialization at the time and the Gottfried Krueger Brewery in New Jersey was the first to present a new model of a beer can to the market.”

Over a period of twenty years, the introduction of aluminium to the market gradually replaced metal sheets in the production of food cans and the invention of self-opening mechanisms, like pop-tabs that, at the time, had to be pulled outwards, made it easier to drink from the cans. The push-pull opening was introduced by Pepsi-Cola in the 70s, making the cans even safer and more practical. During this whole process, beer was always fully involved and at the centre of the improvements. 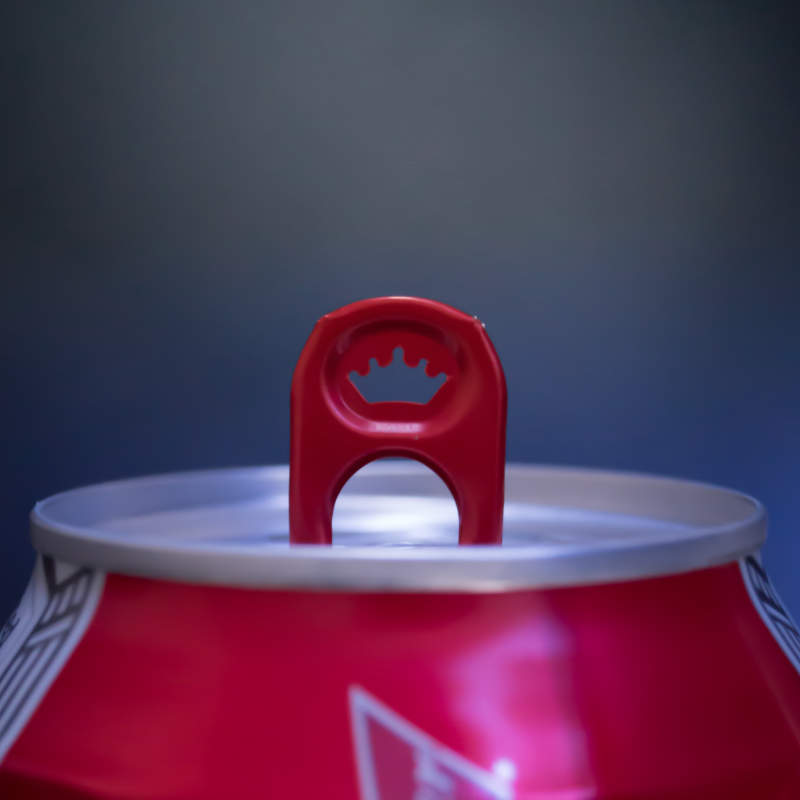 Let’s be clear, there is a universally accepted prejudice towards the can, which mostly comes from amateurs who see them as an unsuitable way of conservation. They suggest that the can could infuse the beer with a metallic taste that, over a long time, might relate them to some of the beer found in the UK and Scotland. In the case of that beer, however, the taste is the result of a “hard” and alkaline heavy water being used or of the higher percentage of alcohol, created by flaws during the oxidation process, but never of the container. Nowadays, the cans even have an inside upholstery which stops the liquid from being in touch with the aluminium directly. These technological improvements prevent any metals from being released, keeping them indispensable in the modern beer market – as shown by pioneers like Camden Town, Brew Dog, Beaver Town and the Italian brewery Baladin. 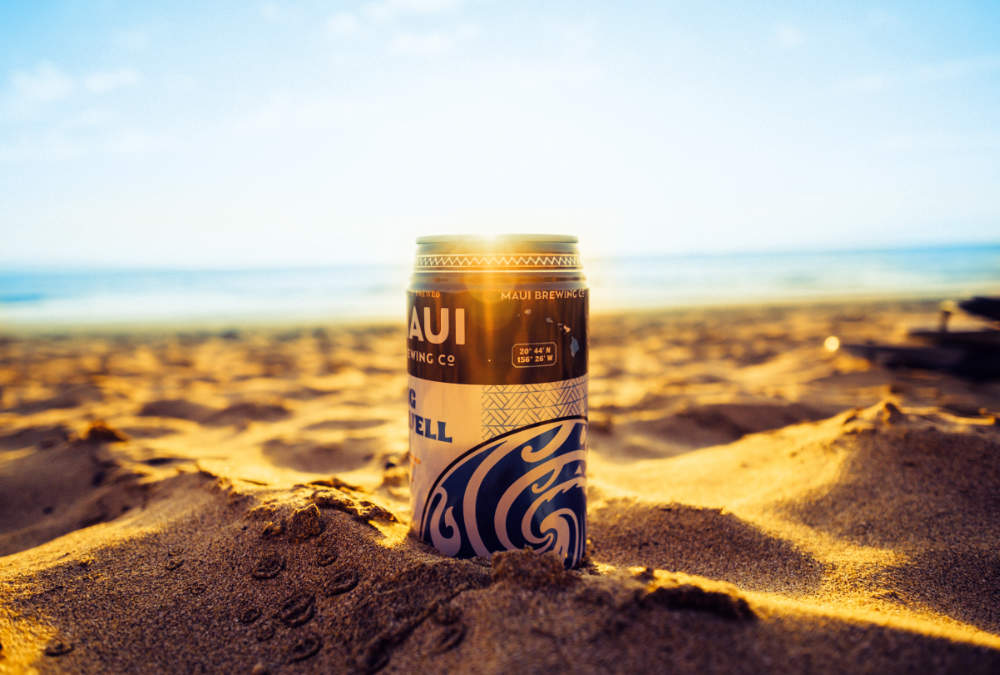 The can has the advantage of keeping the beer from the light. Cans 1 Glass Bottles 0!

In comparison to the glass bottle, the can has the advantage of keeping the beer from the light, which is the first cause of oxidation and – consequently – deterioration. While this explains the use of coloured glass for beer bottles – apart from beers like Corona for which the oxidation isn’t a problem due to the use of hope extract instead of fresh hops – it can never keep the light out as effectively a can can. Furthermore, security is an important feature, worth mentioning about the can. Glass bottles are often forbidden at public spaces like concerts, parties, raves and similar occasions, for their potential use as a “weapon”, giving the can another advantage over their glass counterparts. Cans can also be fully recycled and are handier than the majority of the glass bottles, as only very few companies are taking empty glass bottles back for a full “circular economy” approach. Additionally, the fact that cans are a lot lighter and solid is an added value for simplified storage and transport.

“Furthermore, security is an important feature, worth mentioning about the can. Glass bottles are often forbidden at public spaces like concerts, parties, raves and similar occasions, for their potential use as a “weapon”, giving the can another advantage over their glass counterparts.“

When studying the world of cans, its contribution to a more revolutionary and modern use is usually not taken into consideration, despite its potential as a blank canvas or – more generally speaking – as an artistic object. Pop Art, the use of the can as a leading role in the artistic movement itself, led to it being written on, painted and even branded in any way the artists thought best. It should also be noted that for the last ten years, consumers have been starting to look for information on the products they purchase. The packaging, indeed, began to be at the centre of the purchases, especially those that caught the consumer’s eye and drew their attention with design but also had content behind it. The packaging started to convey a story, an idea that could represent the company and distinguish it from all the others. It was at that time that the can began to make a difference in the market: numerous micro-breweries started to use it instead of the glass bottle, using it to create true works of art or to add more information that is usually not present in the label.

In recent years, craft beer experienced an exponential growth and in the future, with the help of the can, it is – finally, I would add – going to become more accessible and attractive even for amateurs and could cover the areas that were previously filled uniquely with industrial beer.