The Healing Power Of Nature

I remember them sitting next to me, accompanied by a glass of chicha and a song going on the radio. It was a melody that brought to mind the folk festivals, dances and the joy from which I let myself be transported. That day, however, it was raining, the sky was gray, the work in the fields had been suspended and I had a bad stomach ache. The owner of the house, with a colored cloth on her shoulders and her hair braided, moved close to me, offering a hot cup in which there was an in infusion of Muña mint. Before this trip between the Andes, I had never given great importance to the power of medicinal herbs; body care with natural remedies in the Western society is considered, in most cases, an “alternative” and not complementary to traditional therapies.

If I think about it, the plants were the first medicines that appeared on Earth, the only ones used by our ancestors to rebalance and help their bodies feel better.

Around 400 BC, Hippocrates, in his work Corpus Hippocraticum, supported the principle Νόσων φύσεις ἰητροί, subsequently called by Galen of Pergamon, vis medicatrix naturae, or “natural healing force”, who sees nature as a physician of diseases.

Therefore, between the mountains of the Andes, millions of years ago, an authentic medicine was developed and it was preserved until now, overcoming the various vicissitudes of history. Thinking about the moments that I lived in the communities of Mullak’as Misminay and Kacllaracay, I perceived how all the individuals have a close connection with nature; how everything is intimately connected to one another. These people live according to a pattern of reciprocity that is continually devout and grateful to Pachamama, in Quechua, Terra Madre, the Goddess of the earth, agriculture and fertility. It is a great force, it can get sick as well as heal.

During my experience, I discovered that it will be just the rubbed leaves of a plant, their infusion, or their flowers to help in healing. So I remember the leaves of the Muña, able to cure intestinal pains and indigestion, the leaves of Huacatay to alleviate respiratory problems, and the Paico for its anti-inflammatory properties.

Working on the botanical catalog of Mater Iniciativa, I became aware of the vegetable richness I was surrounded by; a wealth of traditional knowledge preserved over time from generation to generation. For this reason, I started to think that the sense of travel consists in stopping to listen to anyone with a story to tell you; and behind every plant that I studied, I found a story, a secret, and a precious memory to keep safe.

Walking through the paths of the Andes, so dry and imposing, smells and scents came to me; they were combinations that I surprisingly found in the taste of dishes and drinks. The herbs and spices were able to communicate and remember this territory with their aroma and their essence. At the Urubamba market, an old lady told me that the Chincho, also called Culantrillo, is perfect to accompany the cooking of the cuy; the persistence of coriander is important for soups and sauces as well as the oregano of the pampas is to seasoning boiled vegetables. These plants, herbs and spices are part of the memory of the people that lived with them; they are part of their culture, their cuisine and their sense of smell from their childhood.

Neri, a young woman from the Mullak’as Misminay community, helping us to identify the name of the plants we had collected. Smiling, she told us that it is usual to use one of those to perfume the warm bath of the newborn son. Walking through the city of Cusco, I met ladies who came down from the mountains and sold their herbs, colouring and contrasting the cement of the streets every day.

A single market dedicated only to the exchange of medicinal and gastronomic plants coming from every corner of the Andes. All this wealth, I think, later revealed itself in its highest expression with the distillation process: unusual encounters of perfumes and fragrances, unexpected combinations of flavors and memories, a real game to better express the territory in which these wild plants grow. There is a scent for almost every memory, nothing is more memorable than a smell.

Far from my city, nature has had different forms, expressions and aromas. The wind that marks the great mountains was always amused between the sky and the earth, between the scent of aromatic herbs and the rustling of the eucalyptus leaves. I was transported on a road made of meetings, traditions, and a great knowledge that needs to be preserved. 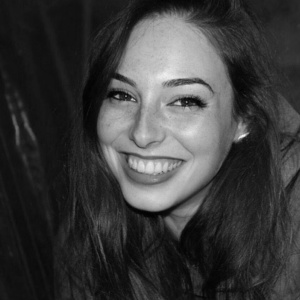 She's a student of the Undergraduate Program at the University of Gastronomic Sciences and for her, food is an old love story made of traditions, knowledge, experience and lots of curiosity. Her goal is to develop an innovative education towards a sustainable food system. She joined Mater Iniciativa, a group that focuses on Peruvian gastronomy and her motto is afuera hay mas-there is more outside.