As Written by Michelin-Starred Chefs 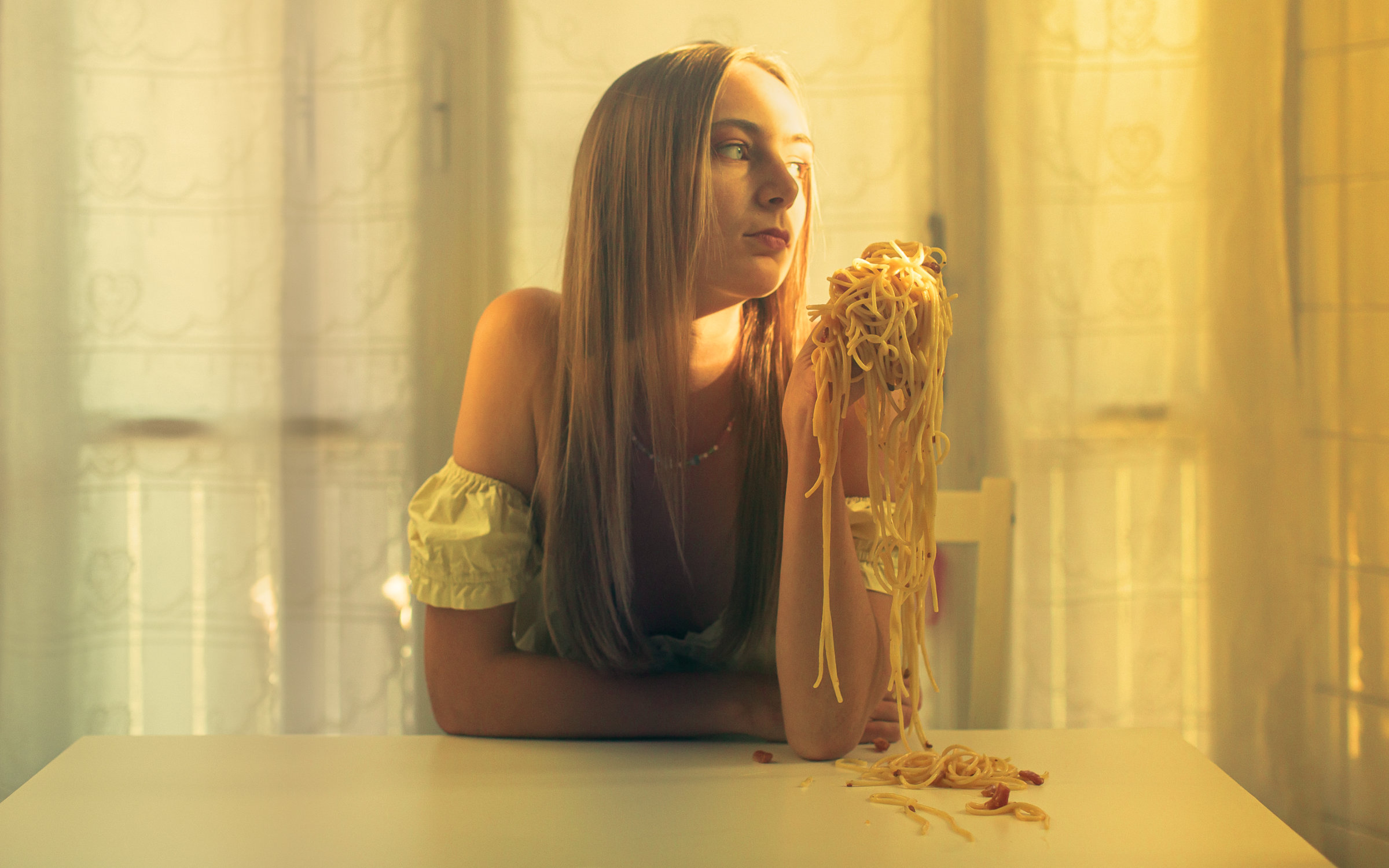 Over centuries, each population has identified itself with the flavours of its gastronomic heritage. This assumption becomes particularly engaging when we associate it with one crucial Italian recipe: Carbonara. Pecorino, yolks and guanciale compose, here, the traditional taste of a dish that represents Italian culture – and, in particular, the Roman one – in other countries.

Travelling through the history of this recipe – even if the Romans’ appropriation of its origin is becoming, recently, the citizens’ way to identify themselves with – and looking into the details of the phases that have signed the destiny of Carbonara, we can easily understand that this belief is only a part of a more vast repertoire of theories that revolve around the recipe. One of them, for example, is the ‘Neapolitan’ theory, transmitted by Ippolito Cavalcanti in La Cucina teorico-pratica1,  a Neapolitan food compendium, where we can find the first testimony of a dish prepared with pasta, cacio and eggs. There is also the ‘ration k’ theory, which says that Carbonara is the result of a combination of the culinary traditions of Apennine shepherds and Americans. The former prepared pasta with pecorino, while the latter introduced ingredients such as bacon and lyophilized eggs2.

So, many possible explanations connect this recipe to different parts of Italy, yet the most interesting aspect is that one does not necessarily exclude the others: indeed, we should consider that, maybe, the way we prepare this pasta with yolks, pecorino and guanciale could be just a trend born from different contexts and traditions.

“Every one of us has a story that needs to be told, which can be explained through food. Therefore, recipes are tools that we have created to share our memories. They are not laws.”

The main problem that we encounter here is that the origin of a dish – in this case, Carbonara – is often related to the concept of ‘tradition’: actually, this term was always taken as the representation of the specific sacral aura that covered some recipes, something that we have to preserve and maintain without exceptions during the cooking process. But, when we think about a kitchen, the place where the two main ingredients are creativity and interpretation, we cannot disapprove of other ways to represent and understand a recipe. Every one of us has a story that needs to be told, which can be explained through food. Therefore, recipes are tools that we have created to share our memories. They are not laws.

Talking about Carbonara, we should say that the name represents only a way to conceive pasta and Italian identity, but when various minds filter this preparation, when it is associated with heterogeneous experiences, it could become something new. So, starting from this point of view, we should not be surprised by the twists and turns chefs’ hands have created. Originality and imagination are, indeed, the two characteristics that best represent Carbonara’s variants proposed by these masters of the kitchen. So, let’s take a closer look at three specific Carbonara authors that have tried to redefine the borders of this dish: Norbert Niederkofler, Kotaro Noda and Mauro Uliassi.

The first Carbonara we will meet is proposed by Norbert Niederkofler, a chef born in the Dolomites, in Trentino Alto-Adige. The suggestion inspired by this particular environment is the key point that characterizes his works: indeed, after many journeys from London to New York, passing through Zurich, Milan and Munich, Norbert rediscovered his roots, the land where he grew up and started to try and give value to raw material again. Sustainability and the promotion of his own territory became, in this way, the essential elements of all his recipes. His purpose is to have “a cuisine that is based on a profound principle of respect for the rhythms of nature and the balance of the environment and of those who live there. In each of my dishes, I try to tell about my mountains, the fatigue of farmers and breeders, the quality of their products, the traditions handed down, the care, consistency and lightness“. These are the chef’s words used to underline his relationship with his kitchen and the ingredients he uses 3.

Therefore, it is not a surprise that in Norbert’s restaurant, the St. Hubertus at the Hotel Rosa Alpina in San Cassiano in Badia, Carbonara assumes the following unexpected characteristics: an organic egg yolk cooked at 70 degrees stands out among the wheat or grano arso (a specific kind of toasted durum wheat) fusilli, accompanied by lard and leek. This is surmounted not by pecorino but by a typical mountain cheese. And the guanciale? Well, no trace of guanciale! A speck powder goes with the dish and definitively breaks the relationship with the “traditional” Carbonara4.

Carbonara made healthy by Kotaro Noda

Born in Japan – in the Ehime Prefecture, to be more precise – and raised in Rome, Kotaro Noda brought his Japanese background to the Roman field. After a degree in marketing, he amplified his visceral passion for cooking and started to work in some of the most famous restaurants in the world: one of them being Gualtiero Marchesi’s restaurant, the Kobe, another one Enoteca Pinchiorri in Florence. Over the years, this important chef has developed his own cooking philosophy, where Japan and Italy come together: Roman colours, aromas, and flavours combined with his Japanese origins, which are demonstrated through the techniques and aesthetical components typical of oriental culture5.

But, focusing on his representation of Carbonara, we must mention another important subject that has had an active role during the conception of this recipe: the nutritionist Domenicantonio Galatà. As soon as the Japanese chef and Domenicantonio started this synergistic relationship, two unlikely terms began appearing close to one another: “Carbonara” and “healthy”. The bacon, being cooked for two hours at 120 degrees celsius, loses a lot of its fat and gets to wear the slim clothes of the “healthy” food. The eggs, on the other hand, after having been denatured with a whisk, are subsequently coagulated in a bain-marie at 62 degrees celsius. In the midst, therefore, of a thousand light variants of Carbonara that lose the main elements of the recipe along the way, here is one that presents the typical ingredients of this dish and manages to make them lighter6.

The last Carbonara that we are going to meet comes from Mauro Uliassi. His experience started in 1986, with the opening of his first restaurant: Pizzeria da Mauro. After more than ten years, he decided to go around Italy and Europe and, in the end, to start the program of an Italian catering college. This background permitted him to open the well-known restaurant Uliassi, where we can find his interpretation of the Carbonara.

As he said, the table must give pleasure, entertaining and exciting the customer. This cuisine’s concept must be accompanied by another one: food must be connected with the environment, paying attention to its ecological compatibility7. In this sense, the minimal manipulation of the ingredients is a one-way street that is also recognizable in the “Carbonara di mare”. Indeed, when Carbonara takes a trip to the sea, there are a lot of maritime influences that characterize it: directly from Senigallia, we can see a Carbonara that has all the flavours of a journey to the sea. Chicken eggs gladly give way to fish eggs, while guanciale is set aside to provide a first-rate role to cod tripe and turbot skins. In this case, although the appearance may be deceptive, the salty taste of this unmistakable seafood Carbonara will take you right back to the beach8.

After reviewing some of these Carbonara versions that have not only marked the lives of their creators but have also changed the idea of the recipe itself, many of you might have turned up your noses to these imaginative variations. Indeed, only the most open-minded will be able to appreciate the detour that makes each starry Carbonara unique and inimitable. The spirit of initiative and courage are certainly the engines that have pushed every chef to enter into the magical world of Carbonara, proposing a more personal note yet staying faithful to the true essence of the historical dish that enriches the tables of millions of Italians.

The only advice I would like to give as a conclusion to this short article is, therefore, to never judge a dish by its ingredients! Only thanks to the assumption of new points of view and the courage to try bizarre culinary combinations can one be able to perceive the soul of any gastronomic manifestation. 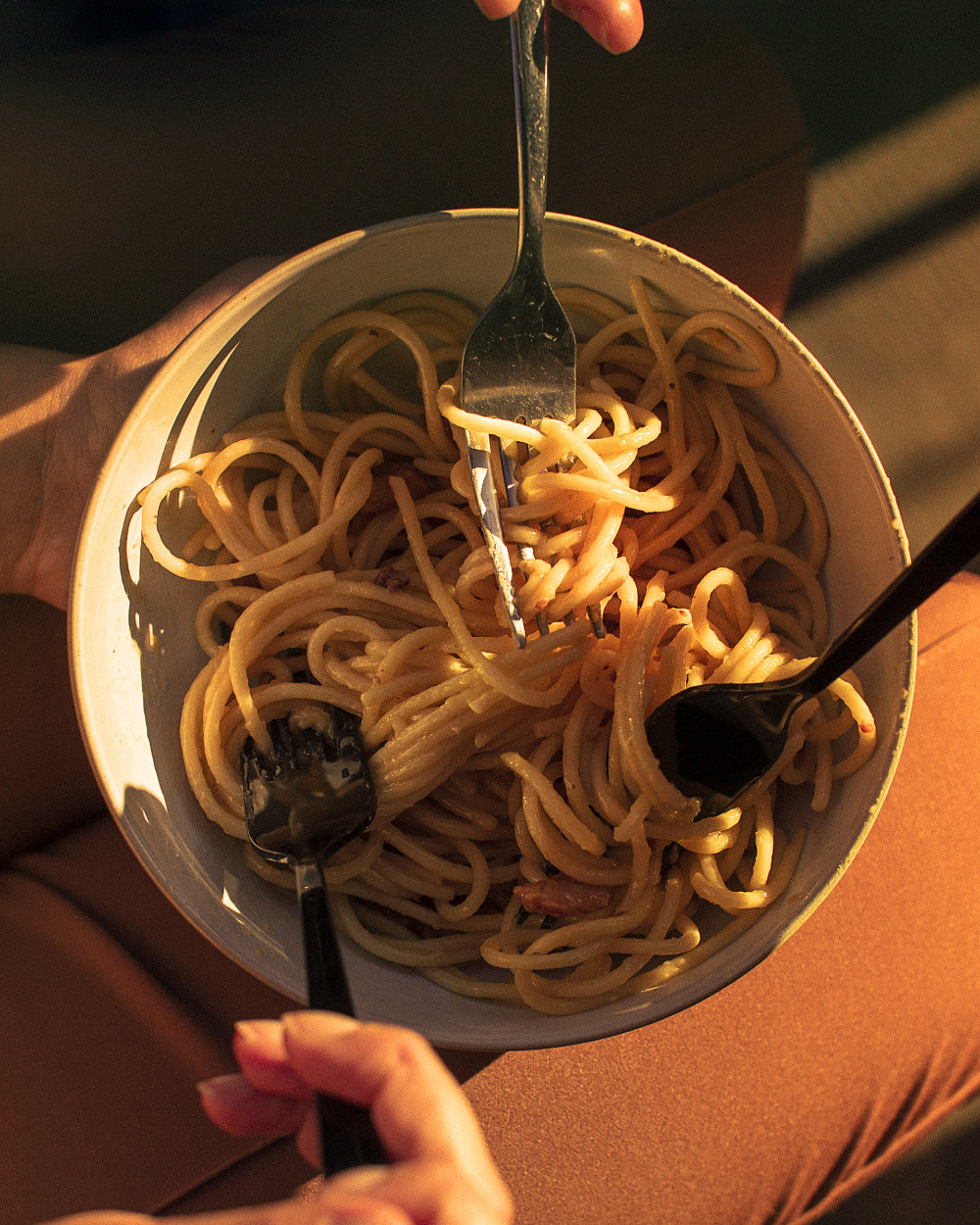 My version of Carbonara

[3] Niederkofler N. I am Norbert and I’m cook the Mountain 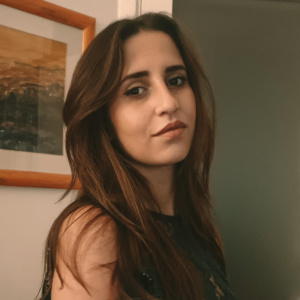 She is a Master of Gastronomy: Creativity, Ecology and Education student at the University of the Gastronomic Sciences. Before arriving in Pollenzo, she studied Modern Literature at the Università degli Studi of Milan and opened a gastronomic blog called Risotto Patrio. Right now, she is doing an internship for a communication office in Milan.