The Alluring Connection Between Food and Sex

Has someone ever offered to toss your salad? Ever wonder why Kelis’ milkshake brought all the boys to the yard? Have you had cake by the ocean? Initially, these questions may seem unfamiliar or even evoke thoughts of kindness, healthy food or guilty pleasures, but search any of these phrases in Urban Dictionary and you’ll soon realize that, in actuality, they’re about something else entirely and it has nothing to do with food, well not specifically.

It All Starts In The Brain

The brain is the control center for our mind and body. It’s a very complex system and in order to keep things as simple as possible, I will briefly touch only on the hypothalamus and dopamine. The hypothalamus is located in the part of the brain that deals with our senses. Among other things, it produces hormones that control our hunger for food and our desire for sex. Dopamine is part of our brain’s reward system and it’s released when we do things that make us feel good, like eating good food and having good sex. This probably explains why we like to repeat what feels good to us.

Many of the same parts of the brain are involved when one eats or has sex, and if you think about this definition of gastronomy, the practice or art of choosing, cooking, and eating good food, it’s not difficult to understand that they’re all connected through emotion. Choosing is emotional; Cooking is emotional; and eating is emotional. The elements that precede the sexual act; the sexual act itself, and the elements that follow the sexual act are also emotional. In my opinion, where food and sex are concerned, the presence of pleasure or lack thereof is debatable; but the presence of emotions are not.

“A combination of the eggplant emoji and a donut emoji can signal a volcanic emoji of orgasmic proportions.”

Food and sex are two of life’s greatest natural pleasures and this dyadic relationship is often featured in songs, movies, and in works of art, just to name a few. In recent years, food emojis have been used in social media and the double entendres have brought a new life to sex communication and sexting.

Eggplants are no longer just used to make eggplant parmesan. Honey isn’t only used to heal sore throats. A combination of the eggplant emoji and a donut emoji can signal a volcanic emoji of orgasmic proportions. These are just a few examples of the endless list of food symbols that directly relate to sex.

Capturing the moment has become commonplace as well, with the snap of photos and the sometimes dizzying flashes of light coming from camera phones taking pics of the food before consuming it. The reasons why can vary from personal satisfaction to professional obligation or choice, to keeping the memory of the meal alive, to appearing socially relevant, popular, or avant garde. Capturing sexual moments exist, too, although the reasons behind them may vary far beyond the reasons for taking food pics.

Can this stimulating experience be compared to the “sexual consumption” of a person who’s an object of attraction, particularly if that person wasn’t easily attainable and because of that, like the experience of eating food prepared by a renowned or innovative chef, makes the sexual experience even more thrilling? One can only wonder.

“A culinary experience shares some similarities to a carnal experience. Eating food and having sex are both triggered by arousal and hunger .”

Food and Sex in Dating and Relationships

Food and sex are at the crux of human and social interactions. In dating and relationships, they’re once again connected, and dating is a perfect example of where food and sex play pivotal roles in intimacy. Dating’s usually used as a buffer to find out if people have anything in common, are compatible with each other, or have an attraction to one other. Dating can be sexual, too, if having sex is a goal to be achieved immediately after the date or at a later point and time.

A culinary experience shares some similarities to a carnal experience. Eating food and having sex are both triggered by arousal and hunger. In food, what’s on the plate can be perceived based on how it’s presented and how much we want it. In sex, attraction can be stirred based on a person’s appearance, at first glance, or by how much we’re attracted to that person.

Moving forward to appetizers in a restaurant and foreplay during a sexual experience, where exploration and sampling occur next. In food, eating has begun and different things on the plate are being sampled, touched, and consumed. In sex, foreplay has begun and can include it’s on version of sampling: tasting, licking, kissing, touching and feeling.

The main course and intercourse are next. In food, the meal is consumed and becomes a part of the eater as it enters the mouth and goes into the body. In sex, the participants also consume one another and become one during the sexual act as their bodies intertwine.

“All of the elements involved in eating and having sex come together to prepare for the final act: foodgasm and orgasm, the culmination of all parts coming together-the crescendo-nearing the end of the experience.”

All of the elements involved in eating and having sex come together to prepare for the final act: foodgasm and orgasm, the culmination of all parts coming together-the crescendo-nearing the end of the experience. And finally, the end is here and satiety is experienced in food and afterglow is experienced after sex. Because the memory usually stays alive in both instances, once the entire act is over, the participants can gear up and get ready to do it all over again.

The connection between food and sex will never cease and it’s not a coincidence that what causes hunger for food and desire for sex originate in the same part of the brain. They both play an important role in human emotions and life experience, and will continue to be used hand in hand or side by side, throughout various instances in life that connect us all on personal and social levels.

3.An Overview of the Hypothalamus:The Endocrine System’s Link to the Nervous System          https://www.endocrineweb.com/endocrinology/overview-hypothalamus 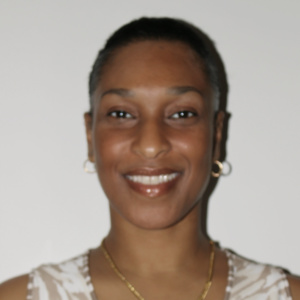 She was a student in the Master's program at The University of Gastronomic Sciences and for her, food is the synthesis of life and living. She believes it sustains us nutritionally and its role encompasses all emotional levels. Before studying for her Masters, she studied Mass Communications in the United States. She's a passionate lover of the written word, food, creativity, music and the arts.