4 Tasty Hacks For An All Time Classic!

“Panattòn” or “Panattòn de Natal”: a kind of wheat bread decorated with butter, eggs, sugar and raisins (ugett) or sultana […] Grande and one or more pounds–we only do it for Christmas; of equal or similar dough, but in panellini, it is done all year round by the ofellai (pasticcieri) and they call it panattonin. “

Panettone is a symbol for Italians and, as often happens, it has a history that is lost in the mists of time …

Panettone has two fixed hinges: the link with the city of Milan and consumption during the Christmas period. The origin of this tradition seems to be confirmed by the “ritual of the stock”, dating back to the fifteenth century, which was officiated on the evening of December 24th in the living room of the Dukes of Milan. In the presence of all the members of the house, the pater familias cut three large loaves of wheat, the ancestors of today’s panettone, before a burning stock.

In Italy, it‘s a classic Christmas gift. The origin probably derives from the tradition during the fourteenth century to produce white bread, called “micca”, only in the Christmas period, where it was granted by statute, to be intended as a gift of the bakery to regular customers. This rite has been faithfully handed down, so much so that, during 800, the panettone was one of the most appreciated gifts, as shown by a nice letter dated December 16, 1885, by the writer Giovanni Verga: “I greatly appreciate your thought to send me the panettone, but for heaven’s sake tell Augustus to send me a modest one that goes within the bounds of the parcel; if not, with his great work he will send me a monumental panettone that will come here in April.”

The consumption of panettone at the end of the century increased significantly and during the whole of 1881, the year of the Milan National Exposition, it came to produce 400,000 kg, in Milan, of only 305,000 inhabitants. This data also informs us that production was not limited to the Christmas period, but it covered the whole year. So the current fashion of the “panettone all year” is actually just a sweet rediscovery!

It must be said, however, that the shape of the panettone, as we know it today, dates back only to 1919, when Angelo Motta opened the first industry dedicated to the Milanese dessert. In fact, he introduced the paper wrapping of the dough which made it possible to obtain the famous sparkling wine cork form. The company was, for panettone, a runway to the world. Speaking of the track … perhaps the 30-meter-long chain oven, built in 1935 exclusively for panettone, had this visionary role.

But panettone is not just about tasty trivia and historical anecdotes, it’s made of tastes, olfactory fragrances, textures and toppings, and sacrificing for the cause, it was not bad …

The battle between the high Milanese and the low Piedmontese panettone is not yet won – but one thing is certain: both have earned their place on Italian Christmas tables. But for a perfect tasting, we suggest a classic combination – as is the panettone: Marsala of a producer renowned for the mastery of his art and for the unique taste and complexity of his wine.

The marron glacé represents  fashion, but also a fine handmade product that needs a lot of care in the production. In this way, we meet two excellences of the Italian Piedmontese territory to join in this product with a golden color and a balanced sweetness on the palate. To stay in the territory, we decided to combine another local specialty: zabaione, a cream rich in egg yolks, with a well-perceived Marsala that lightens the taste experience.

After Christmas, you may happen to have some lightly dry panettone at home, sautéing and caramelizing it in a pan, paired with simple whipped cream, is the icing on the cake for Sunday brunch!

Panettone with Pistachio of Bronte & Mascarpone cream with orange peel

At the center of attention is the Pistachio di Bronte PDO with its world fame. Only one percent of the world’s pistachio is cultivated in Italy and cultivation dates back to the Arab domain. The fruit plant only produces every two years and makes it even more special. It is a very rich product: a honeycombed and fragrant panettone, filled with pistachio cream, that does not necessarily need a matching– it speaks for itself! Anyone who wants to add another element, however, can remain on the territory with a light and citrusy orange cream with a fruity and sour note. 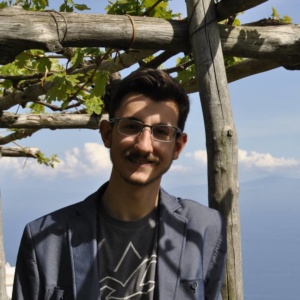 He is a "Torinese DOC", a lover of nature and rustic cuisine. Always available to help, even better at the stove - he is also an alumnus of the University of Gastronomic Sciences. 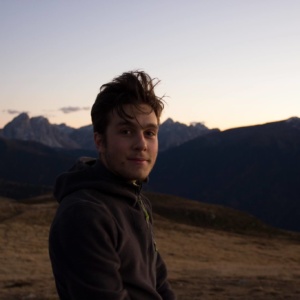 He's South Tyrollean with an undeniable German influence, despite being Italian. Well versed with cultural and gastronomic fusion, he’s always excited to learn about the world’s culinary habits, fighting for the environment, and artisanal production of food. He's passionate about nature, music, cooking, and interested in all kinds of cuisine-with a main focus on science, haute cuisine and pastry. He is a recent graduate of the University of Gastronomic Sciences.