Gastronomy Through The Ages

The Figure and Work of Brillat-Savarin 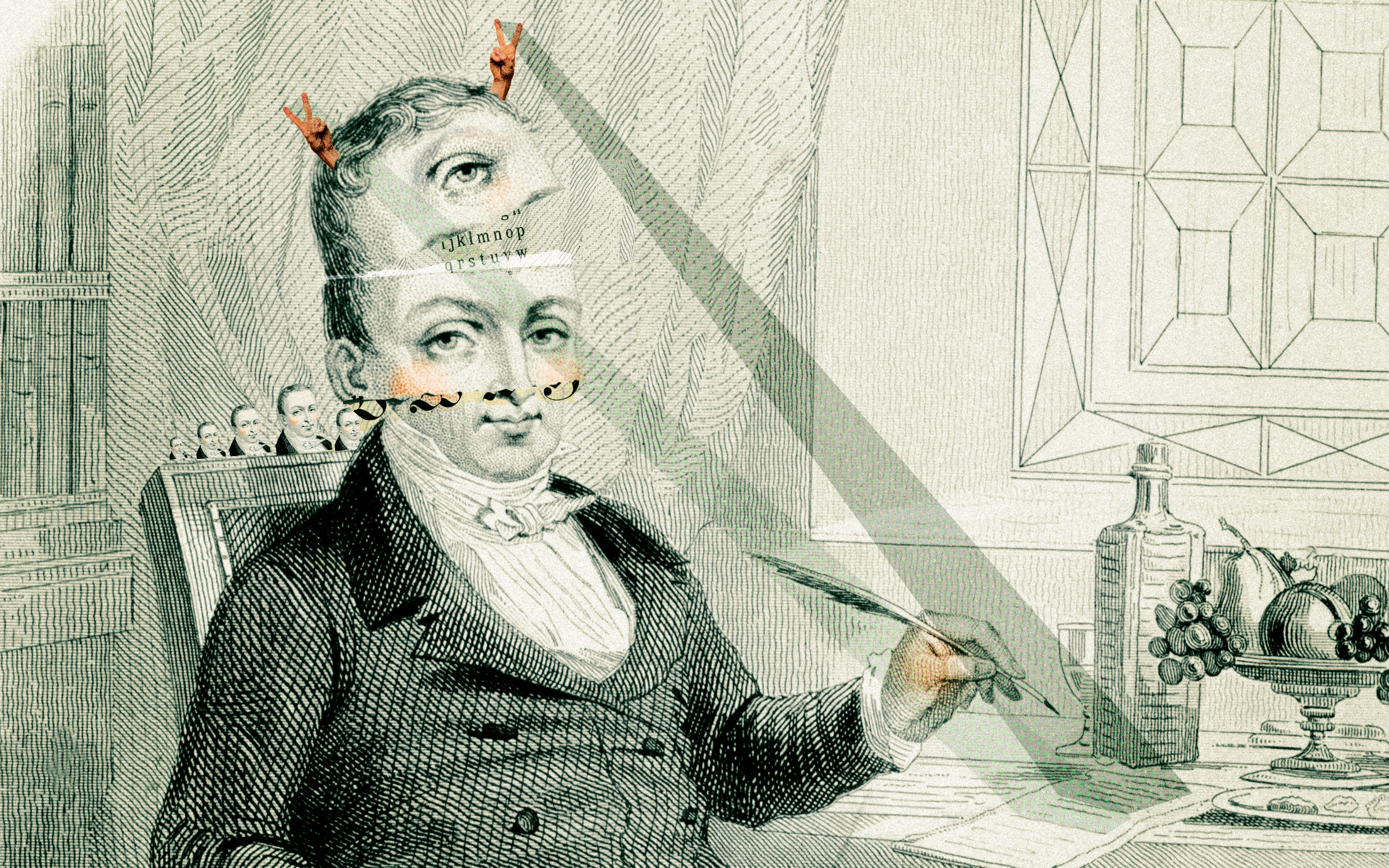 If you read this text, it is safe to assume that you are involved in the field of gastronomy – whether for work, for study or for passion. The gastronomic sciences are, thus, part of your lives. In general, we can say that “insofar as it feeds itself,” all of humanity comes into contact with gastronomy on a daily basis. This affirmation was developed and described most comprehensively in the oeuvre of the leading master of modern gastronomy: Jean Anthelme Brillat-Savarin. He lived between the 18th and 19th century and the work that immortalized his name is entitled “Physiologie du goût”, The Physiology of Taste.

Since it first saw the light of day in 1825, the book has been unparalleled in terms of copies sold and the number of editions and translations it exists in. The fact that it has held its place on the global publishing scene for two centuries is irrefutable proof of its content’s value and topicality. ‘The Physiology of Taste’ is a work on the general principle of gastronomy, a word that is universally used and, indeed, often abused today but that came into being during Brillat-Savarin’s time. The book, thus, establishes and consecrates it with principles and descriptions that capture the reader’s imagination. The author’s great merit is that he propagates good ideas and facts in such a captivating style, conveying the science of physiology – or phenomenology, as we would call it today – of taste.

It is precisely this style that is the most compelling element of the book, which belongs to a genre, the mock-heroic, that no longer exists today. As Jean Francois Revel points out in his introduction to the 1981 French edition: “We have lost the taste for composite composition. Hiding the banal beneath the severe or the severe beneath the comical … It’s a skill that no one gets anymore.”

Hence the chapters of the book become meditations, the aphorisms sensible truths, the personal anecdotes (in the second part) a narrative to underline the principles argued. Quoting Revel again, “The enjoyable style of ‘The Physiology of Taste’ makes it more than a historical document: it makes it the missal of the ‘unblaming’ of the modern Epicurus.”

For these reasons, I believe it’s important for all of us to be familiar with the text. In offering it to you, I’m sure that it will be a pleasant discovery for many, while for those already familiar with it, I reckon a second read will be even more enjoyable than the first. To be perfectly frank, the whole Slow Food-Terra Madre-University of Gastronomic Sciences project has been strongly influenced by the ideas contained in the book, which should not be taken literally but revisited with the benevolence adopted by the author. If the style of the book is mock-heroic, our approach to it should be playful. Playfulness helps us overcome the incongruences of the text and the man, which belonged to a world that lies two centuries in the past. Hence the arguments I develop in these pages are not only a belated review of a great book but also a realization of the historical roots of the work we do today.

“To be perfectly frank, the whole Slow Food-Terra Madre-University of Gastronomic Sciences project has been strongly influenced by the ideas contained in the book.”

For example’s sake, I wish to speak about two meditations and one aphorism that have travelled with time to involve us too. First, Meditation III “Gastronomy” and the definition: “Gastronomy is a scientific definition of all that relates to man as a feeding animal.”

This affirmation is the premise for understanding how gastronomy is interconnected with the most disparate disciplines of human life: natural history, physics, cooking, trade and even political economics. It is, precisely, this multidisciplinarity that can be seen as the mainstay of gastronomic sciences.

I’d like to remind you here that in the second chapter of my book, ‘Buono, pulito e giusto’ (Slow Food Nation), I did not only draw on these basic concepts, I also extended them to disciplines such as ecology, sociology and anthropology, which in Brillat’s time either didn’t exist or didn’t have the complex significance they have today. The very architecture of my book, co-written with Carlo Bogliotti, is built on ‘The Physiology of Taste’ insofar as, in addition to outlining my thinking, I describe personal experiences to back my ideas and, hopefully, make the book an enjoyable read.

Concluding Meditation III, in the section entitled “Gastronomical Academy”, Brillat writes: “Such, at the first glance, appears to be the domain of gastronomy, a realm fertile in results of every kind and which is aggrandized by the discoveries and inventions of those who cultivate it. It is certain that before the lapse of many years, gastronomy will have its academicians, courses, professors, and premiums.”

He was optimistic that his “prophecy” would one day come to pass but he would have been astonished to know that it didn’t happen in his beloved France. No one can deny that the first university entirely dedicated to gastronomic sciences was established in Pollenzo, Italy, in 2004.

“It is certain that before the lapse of many years, gastronomy will have its academicians, courses, professors, and premiums.”

I’d like to bring your attention now to another Meditation, XXVIII, “Restaurateurs”. Here Brillat-Savarin describes the birth of the modern phenomenon of catering. After the French Revolution, the development of restaurants affected social behaviour, literature, as well as food and wine guides, which still influence the general public. The book was written in 1825 at the beginning of the phenomenon, but its author was well aware that the transformation would become part of history. On the one hand, he investigates its genesis and, at the same time, he analyzes its models, thus, handing down a historical-critical base for us to refer to.

The first restaurant was opened in Paris at around 1765 by a chef called Boulanger. In 1789 the revolution abolished the employment of chefs at court and at the service of nobles. These unemployed chefs, thus, placed their talents at the disposal of the few restaurants of the era and, in turn, the boldest among them became restaurateurs themselves. The upshot was that the 50 or so restaurants active at the time of the revolution had risen to several thousand by the 1920s.

I’d like to remind you all that in December 1989, Slow Food was founded in Paris in the second centenary of the French Revolution with the aim of celebrating the birth of the modern restaurant world. Some of you were present at that event and are sure to remember the emphasis and playfulness of that fledgeling project.

Lastly, a political-cultural reflection that in all these years has remained as valid as ever. I refer to Aphorism III: “The destiny of nations depends on the manner in which they are fed.”

This is how, in 1825, Brillat-Savarin summed up the profound importance of food sovereignty, which was only fully embraced politically towards the end of the last century. As you can see, there is a guiding thread that ties our history of ideas and content to the themes addressed in ‘The Physiology of Taste’. So please make good use of this text, and above all enjoy it.

“After the French Revolution, the development of restaurants affected social behaviour, literature, as well as food and wine guides, which still influence the general public.”

To supplement your reading of ‘The Physiology of Taste’, I would also recommend  ‘Gastronomo e Giudice’ (The Judge and his Stomach) by Giles MacDonogh, an excellent biography of Jean Anthelme Brillat-Savarin. The biographer’s knowledge and publications are amply described by my friend Maurice Bensoussan in the preface. I recommend you read this book to understand not only the character and qualities of the author of ‘The Physiology of Taste’ but also how the idea for the book is the fruit of an unusually lively moment in history.

Finally, I’d like to make three reflections to establish just how important it is to know about the life and times of Brillat.

First, it’s important to understand how this extraordinary man picked up his basic education and served his apprenticeship in the French provinces of the Burgey area, which a century before his birth had belonged to the Duchy of Savoy. In 1781 he was a brilliant magistrate in the town of his birth, Belley. In this capacity, he was chosen as a deputy for the Estates-General as a representative of the Third Estate. The assembly into which the young Brillat-Savarin was co-opted would be the scene of the most significant movements in the great revolution. It’s not hard to imagine the cultural leap the young magistrate must have made as he was catapulted from a small provincial town to the heart of revolutionary Paris. Without this trauma, the story we are telling would not exist.

The second element that gives us an understanding of his existence is, in my opinion, his constant travels for political reasons, from Paris to Geneva on to Boston and then back to France again, in 1796. After escaping the Reign of Terror, his wandering became a great life experience, a cosmopolitan adventure, not something open to everyone at the end of the 18th century.

Thirdly, what fascinates and baffles me most about Brillat’s human adventure is the genesis of his literary masterpiece. ‘The Physiology of Taste’ was published in the autumn of 1825, at the author’s own expense because he couldn’t find a publisher prepared to print it. It had limited circulation in the Paris area and attracted a reasonable amount of interest. A few months later, on the first of February, 1826, to be precise, Jean Anthelme Brillat-Savarin died of a sudden bout of pneumonia. The manuscript failed to win the admiration of Brillat’s heirs. As MacDonogh writes, “The colonel, Frédéric [Brillat’s brother] is rumoured to have dismissed La Physiologie du goût with the comment, ‘What the hell shall we do with that? Let’s get rid of it.’” The sale of the copyright for 1,500 francs was followed by the interminable proliferation of editions in every corner of the world. The author couldn’t have imagined the huge fortune his work was to enjoy!

“Sometimes it takes patience to wait for recognition or profit to arrive. Mark my words, recognition and immediate profit aren’t the only parameters for judging an idea.”

In its own way, the end of the story also provides food for thought. It’s wrong to think that great works are great simply because they enjoy immediate success. Every activity that we undertake deserves to be successful if we carry it out scrupulously and honestly. Sometimes it takes patience to wait for recognition or profit to arrive. Mark my words, recognition and immediate profit aren’t the only parameters for judging an idea.

I end by imagining this invitation to read as an invitation to the table. With due variation, Aphorism number XX of ‘The Physiology of Taste’ captures the idea perfectly: “To have guests over to your house is to take charge of their happiness as long as they are beneath your roof.”

He is the founder of the Slow Food Network, president of the University of Gastronomic Sciences and its Head Gastronome. Aside from creating events like Terra Madre, a networking event bridging over 160 countries, Carlo Petrini is especially dedicated to the education of his students and fellow Slow Food members, having received the Earth Award for ‘Inspiration and Action’ by the United Nations Environment Programme among others.