by The New Gastronome Editorial 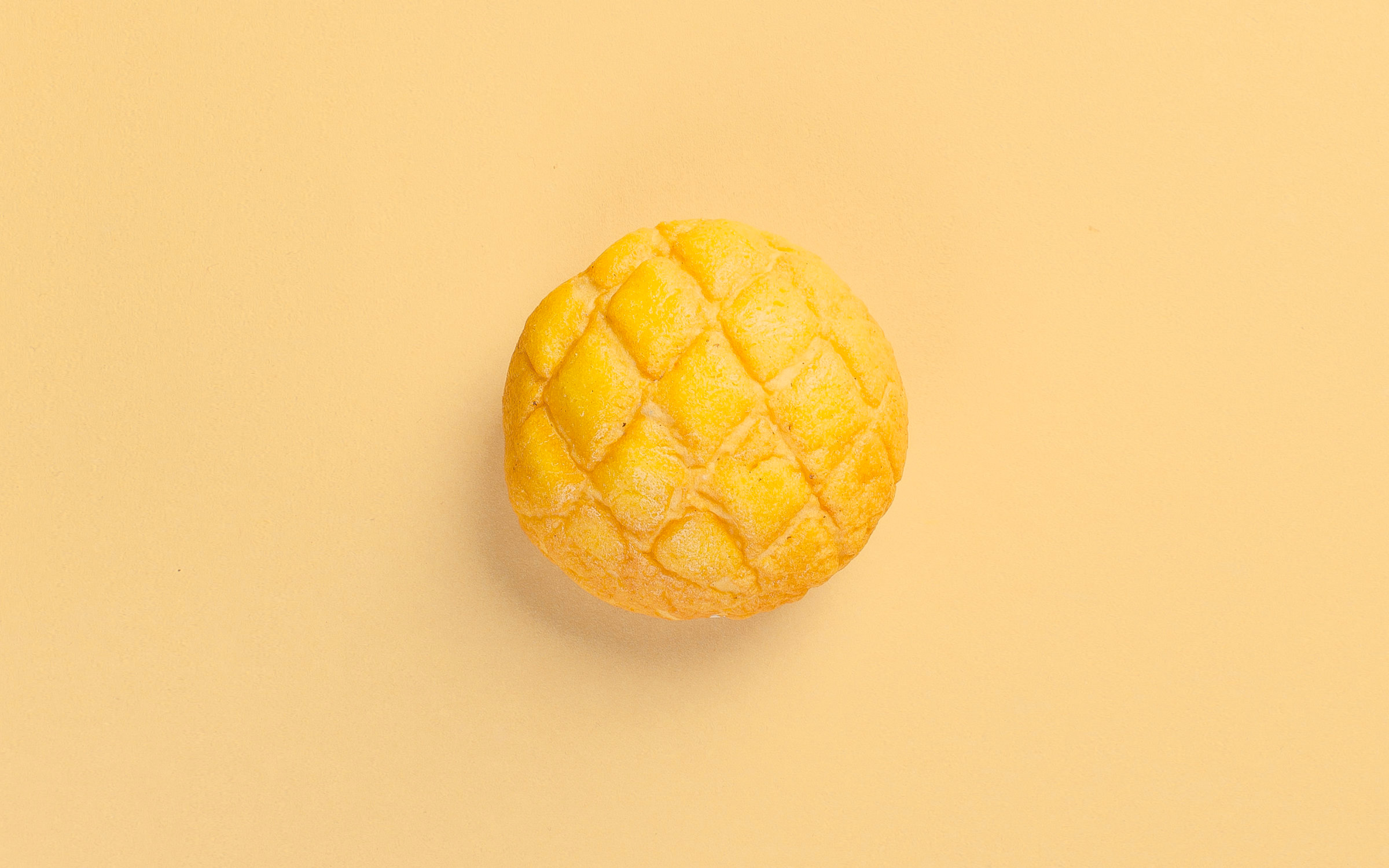 This airy sweet bread, using enriched semi-brioche dough, can be found in Asian countries like China, Taiwan and Japan, but also in Spain and Latin America.

The most characteristic element of it is the top crust, obtained by mixing butter, flour, sugar and a flavor of your choice. In this freaky version, the top crust is made by substituting butter for lard, which makes for an astonishingly delicious twist. In that way, Melonpan is the perfect bread to stimulate a baker’s creativity, as the crust really symbolises a perfect white canvas.

Though normally eaten during the morning, as a day starter, or for dinner, known as “merienda” in some countries, these two experiences could also be combined. How about having it as an after-dinner dessert? This Japanese version, complete with its cantaloup-aromatised crust, can be paired with a Moscato-based sparkling wine, for the perfect amount of freakiness. In this case, the wine is fermented with indigenous yeast and has some must added to the bottle. Thanks to this step, it has a pale yellow color, a slightly veiled appearance and lovely bubbles! 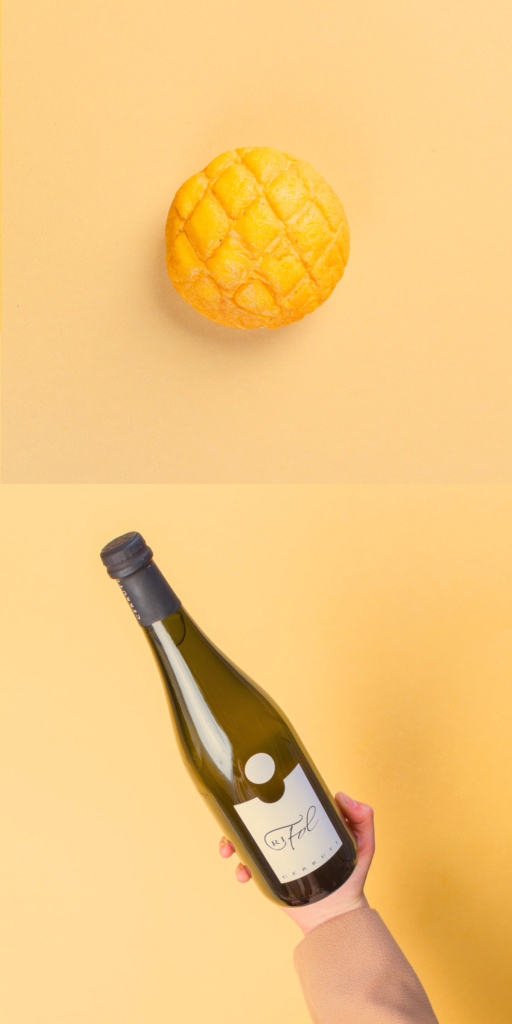 Dissolve 1/4 of the fresh yeast into the milk.

With the help of a mixer, mix the flour, adding the eggs and milk plus 1/4 of the total amount of sugar and mix it until the ingredients are partially incorporated.  Let it rest for 2 hours.

After this resting period, add the rest of the fresh yeast and the salt; mix the dough until the gluten structure is firmly developed.  Add the sugar gradually until you obtain a smooth dough. At this point start adding the butter in 3 steps until the dough’s appearance is shiny and smooth.  Let it rest until it has doubled its size but still has a firm structure to the touch.

For the topping, like with a sablée dough, mix the flour and the butter/lard until you obtain a granulated texture. Add the sugar until well mixed and finally the egg (to avoid the development of gluten the egg is added at the very end!).  You can aromatize this topping as you prefer: cantaloupe flavour, almond or vanilla extract, cocoa … you name it.  Keep it in a fresh place or inside the fridge.

Proportionate the rested dough in 80gr pieces and let them sit for 10 minutes.  Roll them in on themselves until you get a tight rounded shape and add a thin round layer of the topping (previously portioned in 30-50gr pieces of stretched dough). With a sharp knife cut the surface, creating a grid pattern.

Cover the dough pieces and let ferment for about 90mins or until doubled in size but still with a firm structure to the touch. Bake them for 15mins (±3mins) at 180ºC.

Any doubt? Watch some step by step videos: Melon pan videos and Conchas recipes on Youtube. 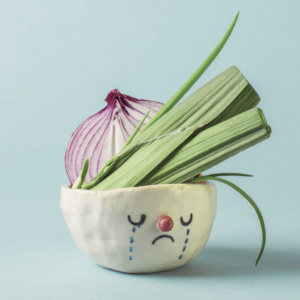 Always on a hot pursuit for everything that gives food its innate beauty and importance in our lives, The New Gastronome Editorial is comprised of some of the behind-the-scene gastronomes working at the University of Gastronomic Sciences, curious about the diversity of gastronomy in different fields, areas and communities. They usually give the magazine it’s finishing touches – but every now and again, they ink up their pens to produce some pieces of their own!