The New Kid on the Block 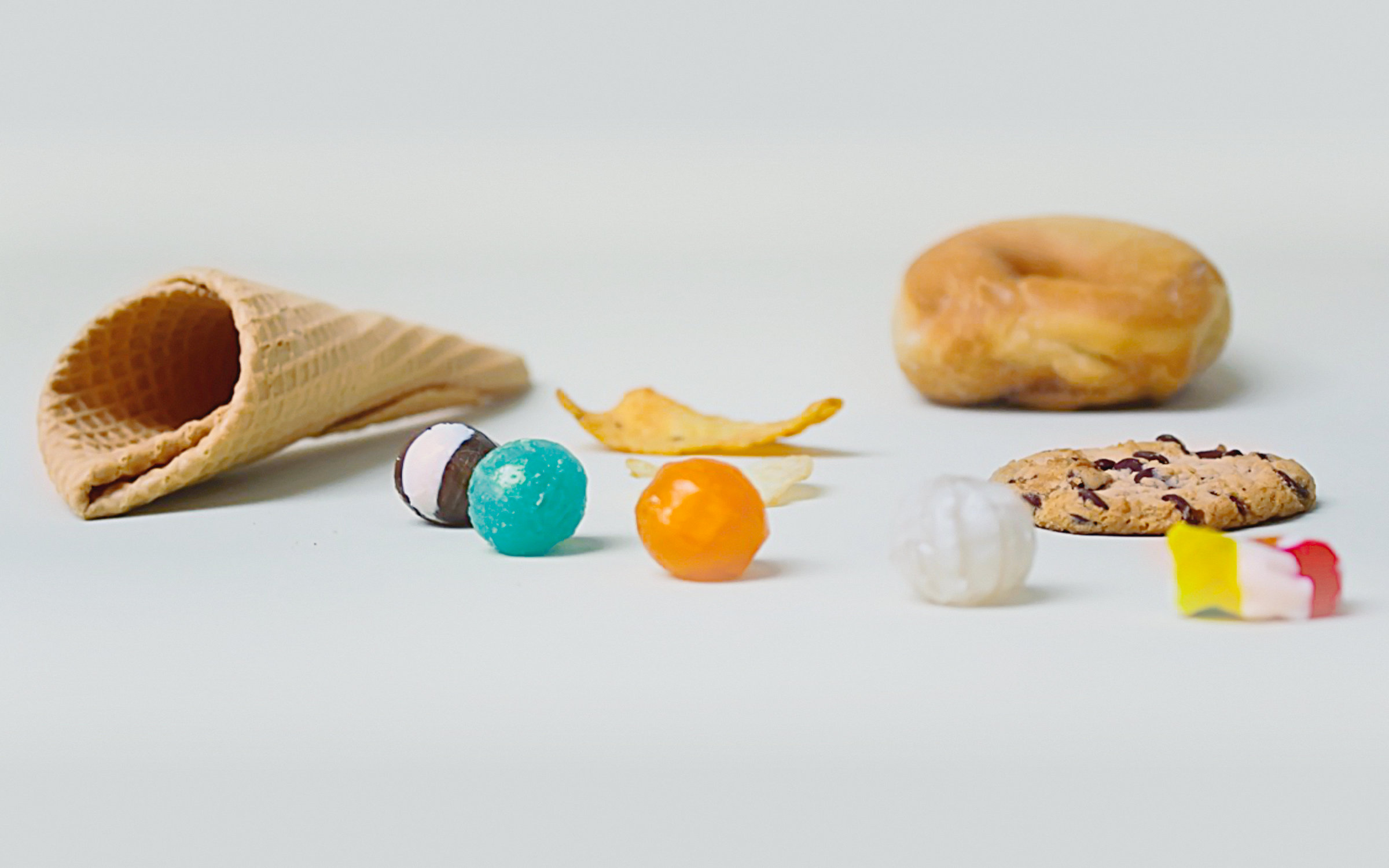 Within the vast and emerging trans-discipline of food design, a new and logical area of study and practice proposes the knowledge and sensitivities inherent to design morphology – an area termed food morphology. It is remarkable that something as basic and vital to our lives as food has received little, if any, attention in relation to its formal morphological aspects, especially in comparison to the advent of design morphology in so many other creative areas like architecture, product, clothing, communications, etc.

This new field of design research and practice focuses on the form of food, starting from the understanding of its natural form to how we can transform it into an infinite and diverse universe of edible products. The form of food could be improved in various aspects, senses and instances, including; production, processing, transportation, storage, preparation, eating experience, etc. It is also a vehicle for identity, associated with our emotional, social and cultural practices.

Food morphology involves the generation and transformation of food, considering its function and meaning, understanding the formal results of the interaction between ingredients and its transformative processes. Towards this extent, a working model called “Alimentex” has been created, in which a series of categorizations have been developed for the three variables involved in all design of edible products: ingredients, transformation process and forms/formats. More on this model can be found in my book: “Food Design: towards sustainable innovation”.

“This new field of design research and practice focuses on the form of food, starting from the understanding of its natural form to how we can transform it into an infinite and diverse universe of edible products.”

A first step to be able to analyze, understand and operate on food morphology, is the definition of its attributes. It is worth mentioning that we are talking about the morphology of food at an ocular scale, not a microscopic one. Therefore, the following statement is proposed: all food products possess these three morphological attributes:

From the attributes mentioned above, and the interaction amongst them, one can define all conceivable food products. 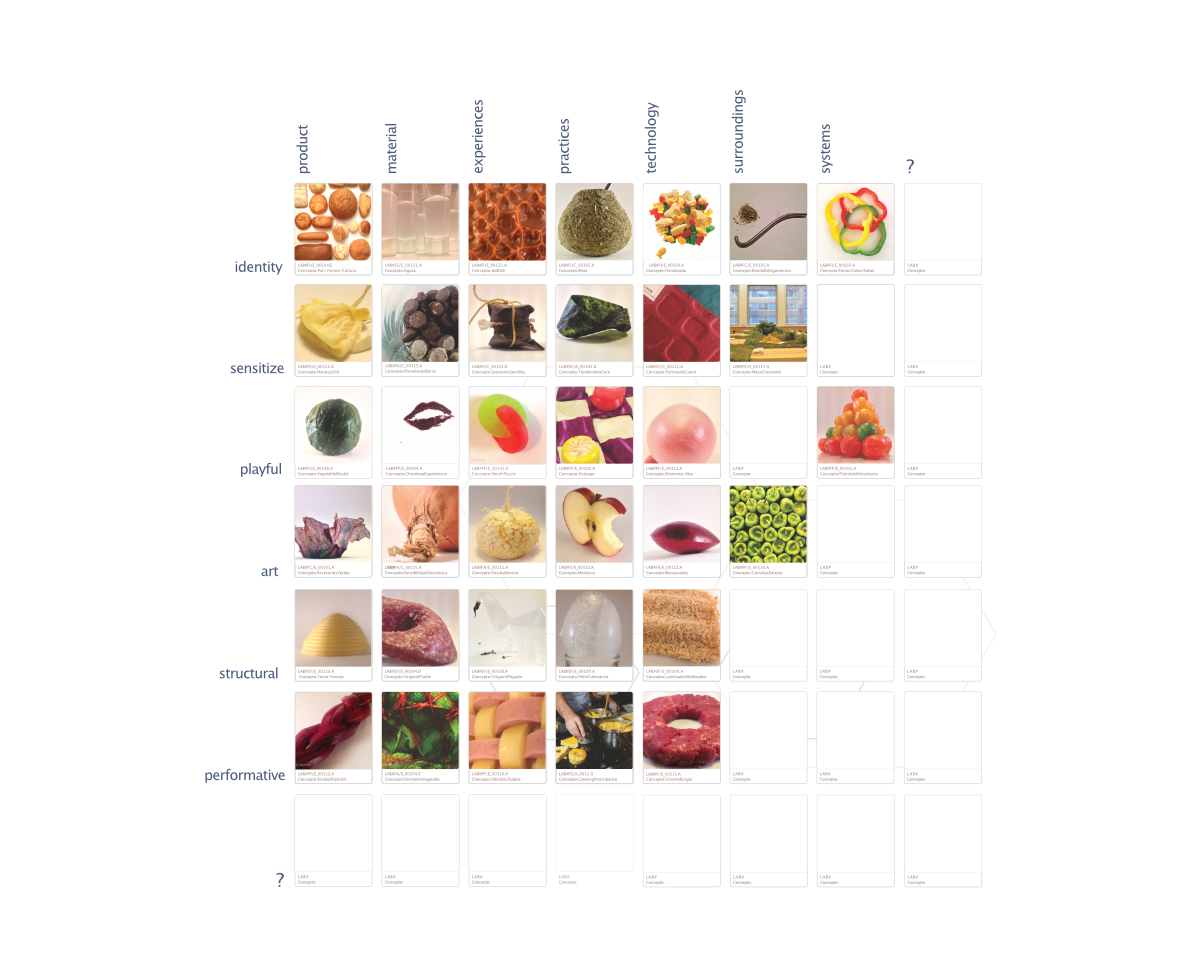 Another way of classifying the attributes of food is according to the ways they are being perceived or experienced:

The morphogenesis of food can be understood based on two different but complementary aspects. The first looks at a universe of natural products whose forms are determined by nature. This instance has many variants based on the context and practices since we are increasingly intervening in the genesis of these forms and existences through genetic and/or mechanical manipulation (e.g., botanical grafts). All of this accounts for the second aspect, which is our innate evolutionary interest/necessity in creating our food starting from its most basic, natural state to its processed, designed state. This happens for many different reasons, including practical considerations such as food safety, variety, access, duration, assimilation, pleasure, etc.

While we think that nature gives us certain forms, it also depends on the way we appropriate them, on the way we harvest or extract food, since this can determine the form of the raw material itself. An example for this is hydroponic lettuce which is sold with roots and therefore has a longer shelf life compared to the one grown and harvested on land, which has to be cut or pulled in order to be extracted.

A more specific aspect of this research accounts for the morphological organization and categories of natural forms in their different states, such as the corn plant, ear, cob, grain, oil, flour and other by-products, in their different variations and degrees of wholeness. These aspects can be categorized according to spatial dimension (zero, one, two or three), their type and degree of symmetry, their form of self-organization (the grains on the surface of the corn ear are linearly configured in one direction and offset in the other), their state (liquid, solid, gas), etc.

“These ideas are akin to architecture or engineering since these practices take into account dynamic user interaction. It is within this spirit that one could pose the question: what would a wedding cake designed by the world-renowned architect Norman Foster look like?”

After researching food morphology for almost a decade, we have identified two specific strategies for food design which we believe can help generate improved food forms and formats. The first one is termed “structural food” and considers that certain foods need to have a structure in order to be more practical and functional, to be transported, stored and/or eaten. Even though the idea of food having a structural element to it might sound strange at first, it is totally logical if we think of food as a product that has to function well: a slice of pizza shouldn’t collapse in our hands and a cracker should not break while being buttered or bitten. The structural aspect of food is a variable that deserves to be designed to optimize the experience of interacting with it. These ideas are akin to architecture or engineering since these practices take into account dynamic user interaction. It is within this spirit that one could pose the question: what would a wedding cake designed by the world-renowned architect Norman Foster look like?

The second strategy is called “performative food” and considers that many food products can improve their performance in various ways beyond ingredient formulation considerations – mainly in the preparation and eating experience. Considering these functions in a measurable way allows for analysis and improvement in different performance instances, as the following examples show: 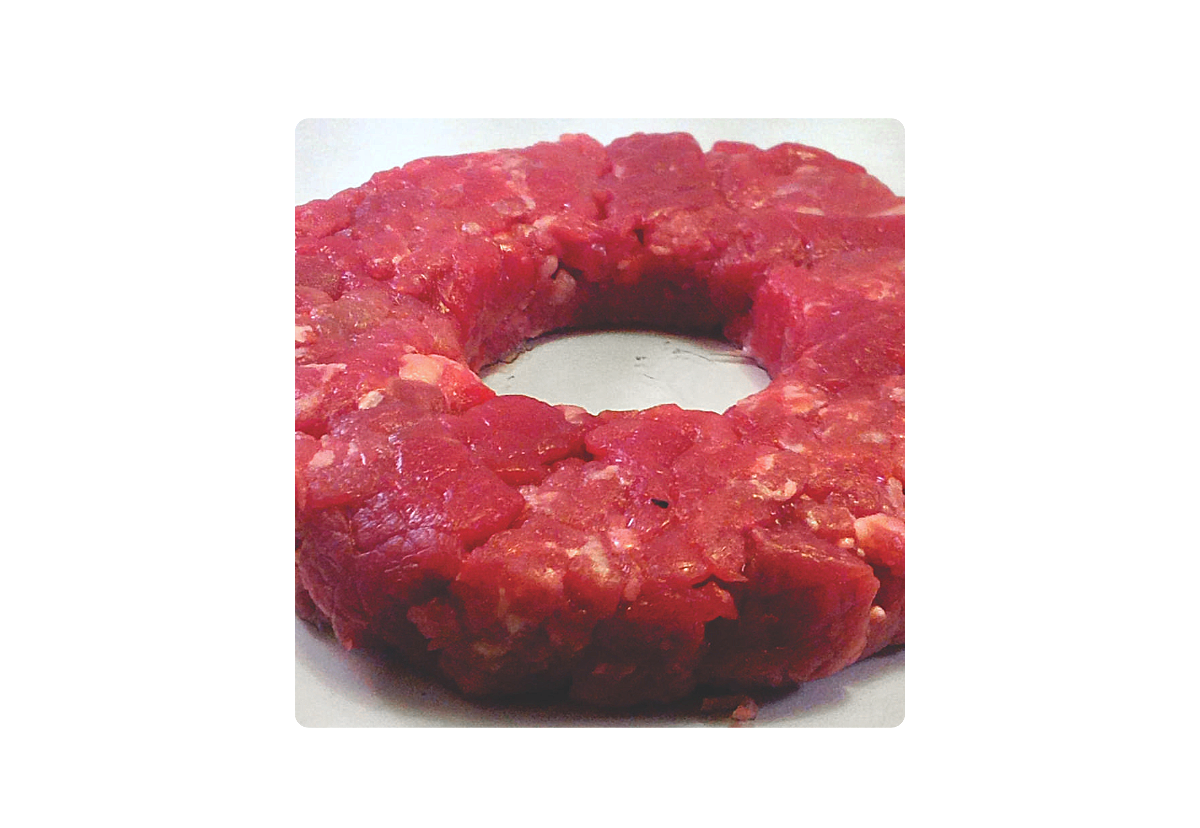 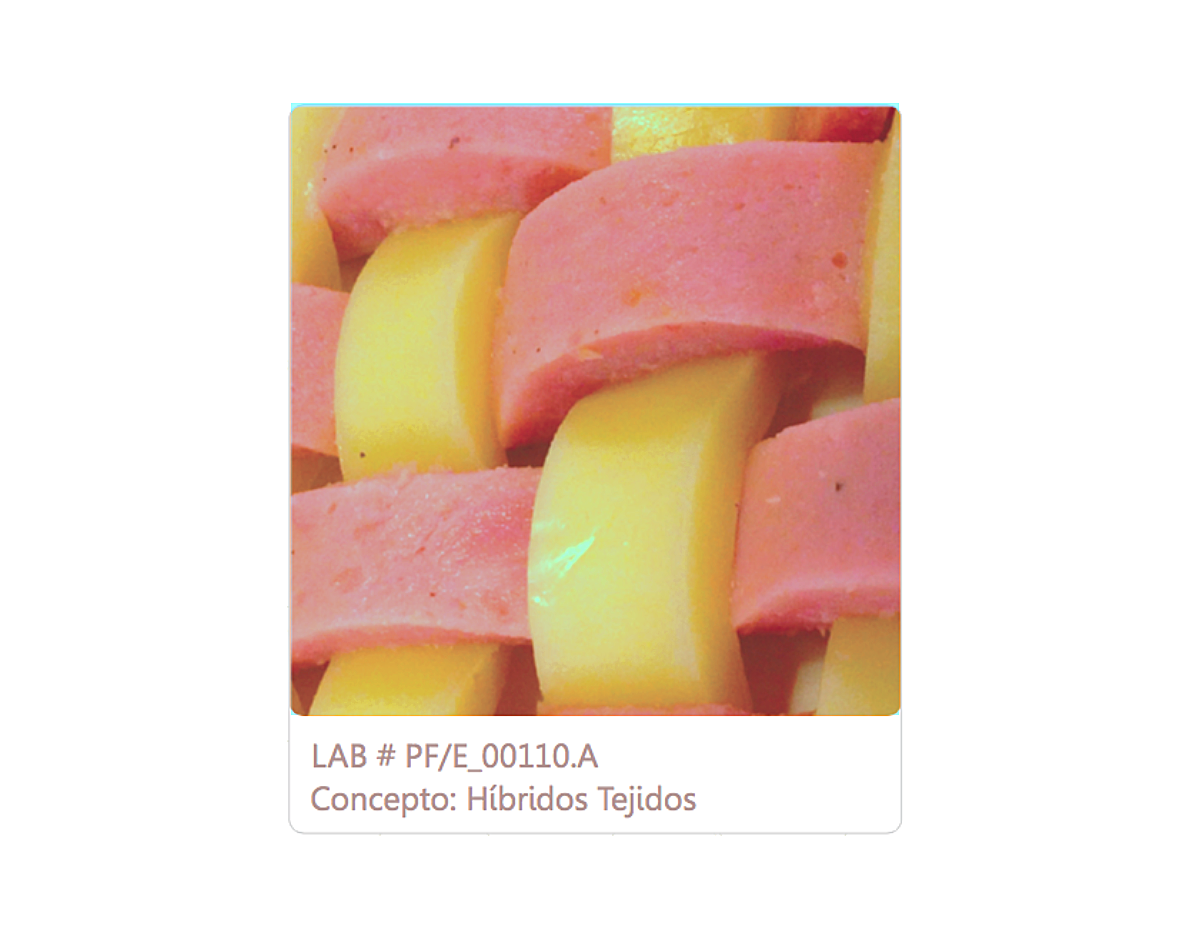 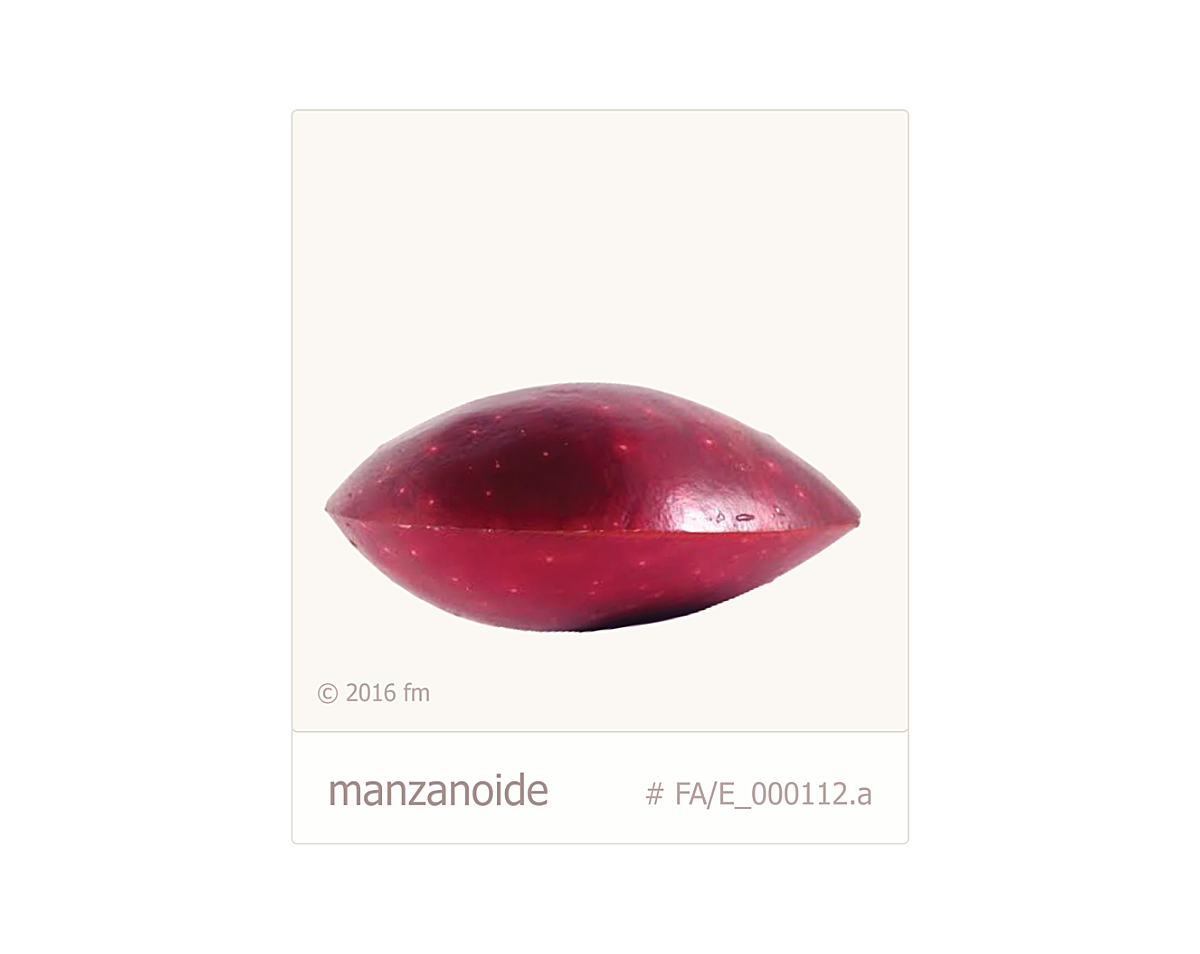 Having studied this topic for a while, it is my hope that future research and design in food morphology can take food design to the next level, as done in most other areas where design is present. This is an invitation for all, not just food specialists, but any person interested in recreating better products and food experiences. All that is needed to begin is an inquisitive mind and a sharp knife! 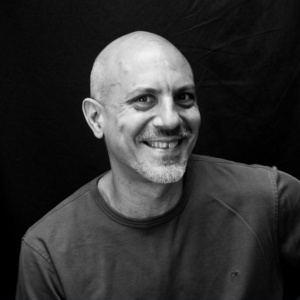 Pedro researches Food Morphology at the Universidad de Buenoes Aires and has been a visiting professor for Food Design at the University of Gastronomic Sciences. He is the founder of the Latin American Food Design Network, creator of the Food Design x Education platform and founding partner of the first Food Design Agency in Argentina.