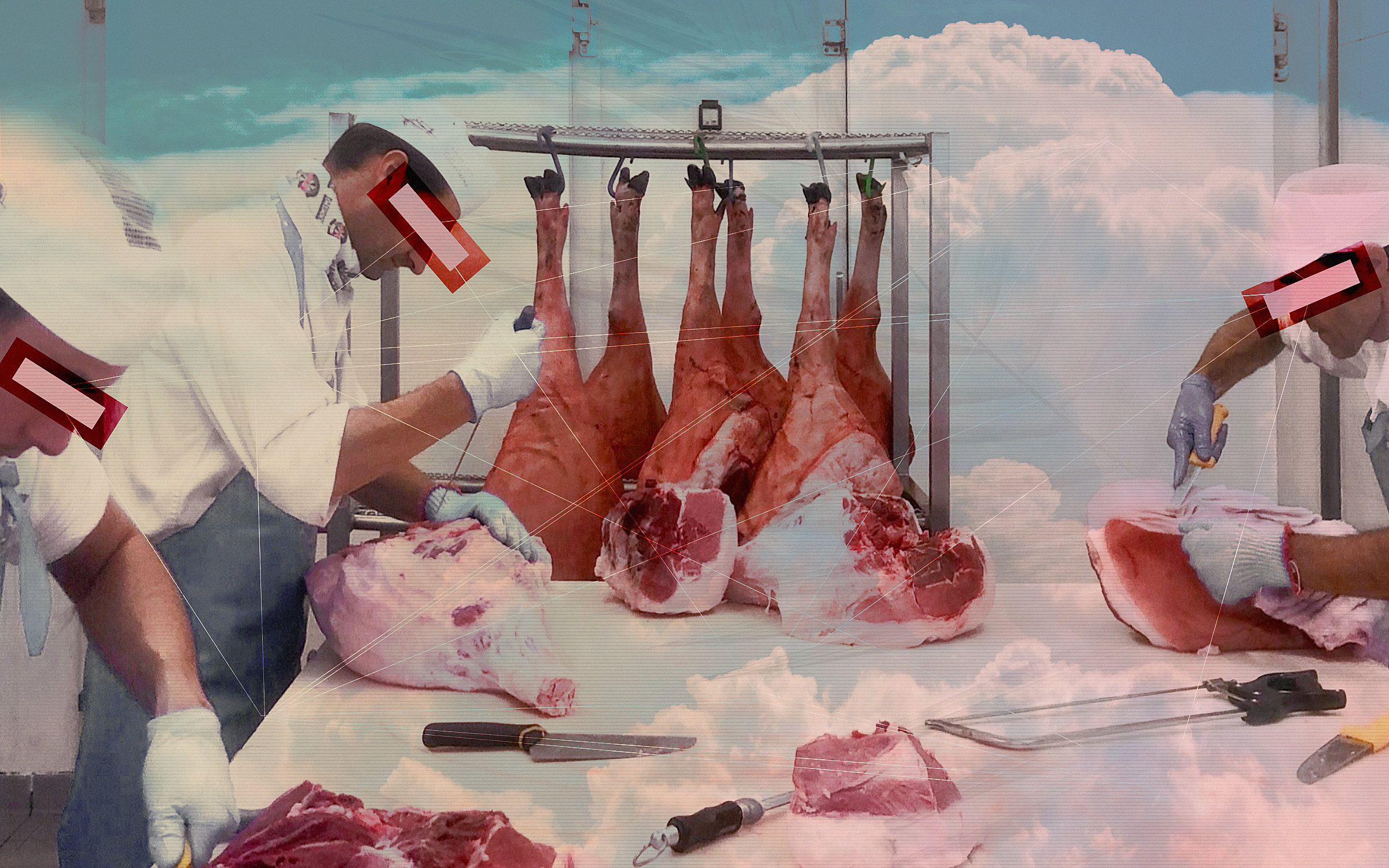 For those without an encyclopedic knowledge of Italian pasta geometry, anolini are tiny pieces of circular pasta stuffed with a thick mixture of breadcrumbs and Parmesan cheese. They are usually served in a deep bath of stock, or in brodo. It is classic Italian comfort food, the type of dish you might crave when struck down by a winter cold.

The task of making them is interesting enough for someone curious about regional Italian cooking. For the first ten minutes, that is. Making fifty kilograms of them (enough to satisfy demand in a busy Parma osteria for a few weeks), whilst also serving lunch and dinner to a packed Michelin star restaurant, is a monumental feat of skill, teamwork and endurance. All in a day’s work, when you are an aspiring, top-flight chef at one of Italy’s best-loved, farm to table restaurants.

I came to Italy in late 2018 to study food culture. Since arriving, friends and family in the UK are always enquiring with genuine interest how I’m getting on at “cooking school”, or informing others by way of an introduction that I’m “going into the restaurant business,” despite neither practical cooking skills nor restaurant management having featured in my syllabus.

This misunderstanding says a lot about people’s perception of the food industry. The profession has been elevated beyond recognition by programs such as Masterchef: The Professionals, The Final Table and Chef’s Table. It is impossible to turn on the TV without seeing attractive chefs in pristine whites, plating up to dramatic music.

It is, after all, the sharp edge of food, where Michelin stars and global “top 50” rankings have created a celebrity culture. Those at the top have been turned into demi-gods, in the same league as top footballers and rock stars. When asked who the movers and shakers in the food world are, I am pretty sure almost all of us could rattle off a list of famous chefs. But how many could name an artisan producer? Or a farmer?

“Those at the top have been turned into demi-gods, in the same league as top footballers and rock stars.”

I had never planned to work as a chef, and certainly have never been professionally trained, but decided that upon finishing my studies I would try and get some hands-on experience in the food industry, whatever that meant. So, when I was thrust an apron and chef’s jacket on my first morning at Antica Corte Pallavicina, a hotel, restaurant, and culatello producer near Parma, I did not complain.

The restaurant at Antica Corte Pallavicina is ordained with a coveted Michelin star. These annual dongs handed out as a marketing stunt by the French tyre maker, come with plenty of valid criticisms. But, as most people begrudgingly recognise, it is the best internationally regarded stamp of excellence there is.

The beneficiaries and victims of this system, however, are not, as envisaged by Michelin, the hungry travellers of Europe’s A-roads hoping not to suffer a mediocre lunch. It is the young, ambitious chefs, aspiring one day to enter the global premier league.

A recent Instagram post advertising for a Junior Sous Chef role at a two-star restaurant in the UK says “Michelin Star background, essential.” I am told that such advertisements are commonplace, even for entry-level positions. As a result, graduates from the world’s top catering schools give away months of hard work for next to no financial reward in order to get a foot on the Michelin ladder. It is this ready supply of cheap labour that allows the world’s top restaurants to keep pushing boundaries, and their celebrity chef-owners to make handsome rewards.

“It is this ready supply of cheap labour that allows the world’s top restaurants to keep pushing boundaries, and their celebrity chef-owners to make handsome rewards.”

At 32, I was bringing the average age in the Antica Corte Pallavicina kitchen up quite considerably, whilst simultaneously plummeting the level of ability and experience. Before coming to Italy, I spent six years in the City of London, advising corporates on large transactions and lawsuits at a financial PR firm. The transferable skills with working in a kitchen are approximately zero. However, when it comes to an attitude to hard work, the young chefs I worked with could rival any ambitious graduate in the corporate world for unwavering professionalism.

The Antica Corte Pallavicina business includes a hundred-acre farm that produces vegetables, pigs, cattle and fowl, enabling the restaurant to be almost completely self-sufficient. Unlike conventional restaurants, where ingredients are brought to order, the farm does the ordering for you. Whilst this gives the restaurant plenty of brownie points with the Slow Food crowd, the pace of work in the kitchen is anything but slow.

The entirety of my first day in the kitchen was spent downstairs in “the bunker,” washing and cutting the last of the season’s tomatoes, turning them into a passata that could then be frozen and used throughout the year. When a cow or pig is slaughtered, the whole animal gets brought to the restaurant to be processed into steaks, terrines, ragus and everything in between. The burden this puts on chefs, in an industry already recognised for its slavishly long hours, is enormous.

The working day starts at 9 am, although those keenest to impress are ready and dressed in the kitchen long before then. Luca Zvaleni, a 20-year-old line chef, started working at Antica Corte Pallavicina during his summer holidays whilst training at the nearby Istituto Alberghiero di Comacchio. The head chef spotted his ability and offered him a job upon graduation. As well as the never-ending list of kitchen tasks, he and the other line chefs have to manage and train a revolving door of interns or stagiaire, ensuring that every task – from cooking to cleaning – meets the restaurant’s scrupulous standards.

It is thanks to him and his colleagues that I can now brunoise a carrot, make a silken pomme purée and a rich red wine reduction, as well as some more niche skills, like jointing frogs, making perfect tortelli d’erbetta, and of course anolini. However, where I think these young chefs have skills to gift the corporate world, is in how to work with maximum efficiency.

“It is hard to think of an industry where so much hard work is put in by so many with so few at the top reaping the rewards.”

In the kitchen, there is no trade-off between speed and diligence: every task must be done fast and perfect. This means that large tasks, like the production of a month’s worth of anolini, would be broken down into many smaller, simpler and more monotonous tasks. As a chef, being able to effectively work in a team and maintain a positive attitude throughout many hours of drudgery, is as important as any fancy knife skills.

By 1.30 am on “anolini day” delirium had set in which only increased the level of noise and laughter coming from “the bunker.” The team had grown throughout the evening as each line chef finished their section for dinner and came downstairs to join the production line. As we approached the end of the filling, the sous chef, who was ranking officer at the time, came running downstairs with bottles of Franciacorta that were opened to raucous cheers. As is often the case with repetitive tasks, knowing that you are part of a bigger collective effort can make the end result extremely gratifying.

It is hard to think of an industry where so much hard work is put in by so many with so few at the top reaping the rewards. In this respect, actors, musicians and sports stars probably are the best comparators and role models for those entering the industry. But it must be remembered that for every hour spent upstairs in the open “show kitchen”, flambeing meat and arranging edible flowers with tweezers, five are spent downstairs in a windowless bunker, washing, chopping, peeling and rolling. This relentless prep work allows the job upstairs to run like theatre but rarely makes the television.

I enjoyed my time in the kitchen and the steep learning curve it provided and have the deepest respect and admiration for those that day in, day out produce restaurant food at the highest level. The industry, however, is fraught with issues, from overworked and underpaid staff, to the huge amounts of food and plastic waste created trying to manage a varied menu and unpredictable demand. But, its glitz and glamour mean that it is brimming with talent. This talent, and the industry’s famously competitive nature, will ensure that it continues to adapt and thrive.

Find more of Theo’s articles on his blog: https://www.theocrutcher.com/ 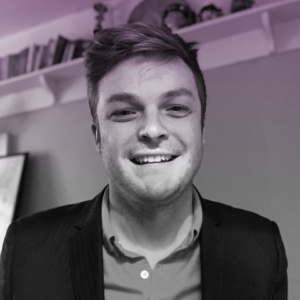 He is the founding partner of A Single Carrot (www.asinglecarrot.eu) a consultancy business that helps the producers of unique agricultural products to access EU funds, promote their products in overseas markets and increase revenues through direct sales. Before starting the company he was a financial communications consultant in the City of London. He graduated from the University of Gastronomic Sciences in 2019 with a masters in Food Culture, Communications and Marketing. He writes about food, wine and travel via a personal blog (www.theocrutcher.com).