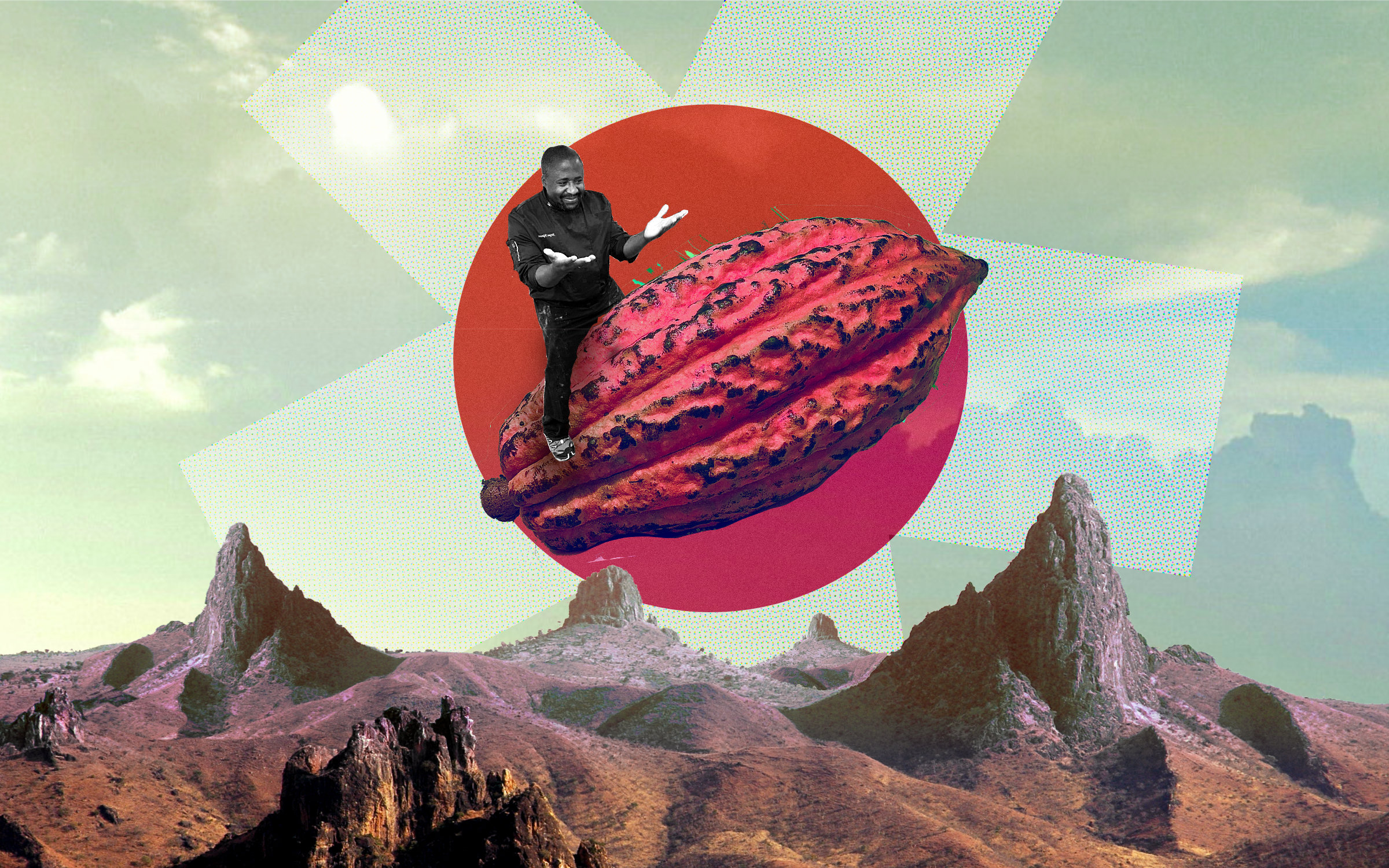 “You should meet him, you’re gonna love him”, Gabriele kept telling me over and over again.  The enthusiasm in his voice intrigued me. A few weeks later, I found myself booking a table for three people in a restaurant in Bra! “What a chance!”, I thought. I had barely ever been this excited. This was more thrilling than even a Bon Jovi concert, but I had to admit that I didn’t know exactly what to expect. I just felt lucky to be there and that was more than enough for me.

My “better-than-Bon-Jovi’“ is Serges: a 42-years old Cameronian with piercing eyes, a deep voice and an infectious laugh. His story tells about love, courage and – obviously – chocolate.

My own chocolate journey taught me that chocolate is close to an idealized love affair: we adore it and we like the way we feel tasting it, or even just thinking about it. But, we know very little about the world behind it. That’s why I am telling you this story.

Once upon a time, while working together for “Doctors Without Borders”, Serges and Carine fell in love. From that first moment on, their lives changed and, soon, a child was born. For love, Serges moved to France, with a new family-adventure waiting for him.

Working in the humanitarian field deeply shapes your heart and soul and it requires particular ingredients that regular humans often miss. Serges and Carine have them all:  courage, as well as the will and the need to do something to improve the reality of your neighbour. This had been the thread of Serges and Carine’s life plan. But how can you succeed with such a plan in the long run? A proverb says: Give a man a fish and you feed him for a day; teach a man to fish and you feed him for a lifetime. Replace the fish with some cocoa and you get the next chapter in Serges’ story.

For him and Carine, cocoa is a social action tool, but “Ngassam Farm” in Sanki Valley in the Western Region of Cameroon is not just a simple cocoa plantation. Everything is organic and no pesticides have ever been or will ever be used. Other crops and animals are also integrated with the plantation because:

To be honest, the African continent has never really been on the wish list of craft chocolate makers. The poor quality of the cacao cultivated there has always drifted the attention to other exotic destinations, Madagascar being the only exception. But wise people know that one should never generalize. But how to sell the magical overworld fruit? That was Serges’ first real difficulty on his path. The cocoa market in Africa is dominated by multinationals, who firstly aim to buy at a constantly low price. But, why on earth should cocoa, respecting the ecosystem, the local economy and the people, be sold to big companies and mixed in a sterile chocolate bar? There is simply no reason!

Serges and Carine didn’t think twice about closing the door to multinationals, hoping for a bigger and brighter opportunity to come along. They knew their cocoa had great value and so they kept working hard, despite the difficulties. They bet on themselves and the results did not keep them waiting for long.

“To be honest, the African continent has never really been on the wish list of craft chocolate makers. The poor quality of the cacao cultivated there has always drifted the attention to other exotic destinations, Madagascar being the only exception.”

Necessity and the support of their families and friends drove Serges and Carine to create their own chocolate company: “Cocoa Valley”. And their chocolate is so much more than a normal “From Farm to Bar” one.

Few things in life make your eyes sparkle. For me, one of them could be the panna cotta I had that night in Boccondivino restaurant. For Serges, it’s three things: his wife Carine, his children, and the people constantly supporting him, in Cameroon and in France. What I understood just by looking into his eyes that night, is that cocoa it’s not just a product to him, but it’s a matter of trust. Serges and Carine now have two beautiful children, plus Ngassam Farm in Cameroon, and Cocoa Valley in Annecy, in the Southern part of France. The farm employs 23 people and around 150 during the harvesting seasons, twice per year. 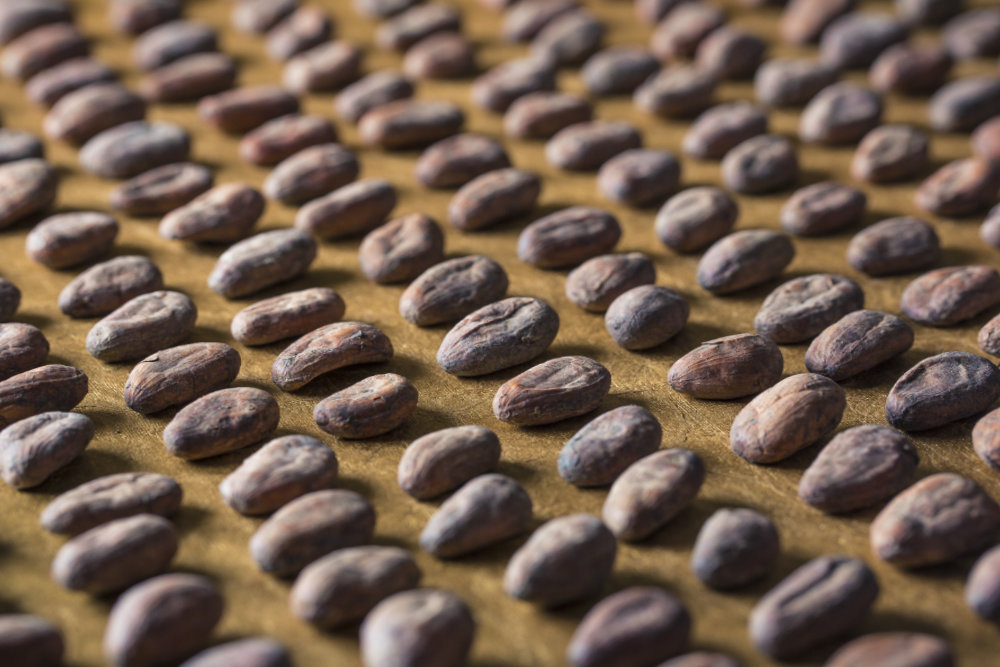 A few weeks later, Gabriele brought me to Serges and Carine’s chocolate lab in Annecy. I wore a beautiful black kitchen jacket and spent time covering the salty caramelized hazelnuts from Piedmont with dark chocolate. My mouth is still watering when I think about it! 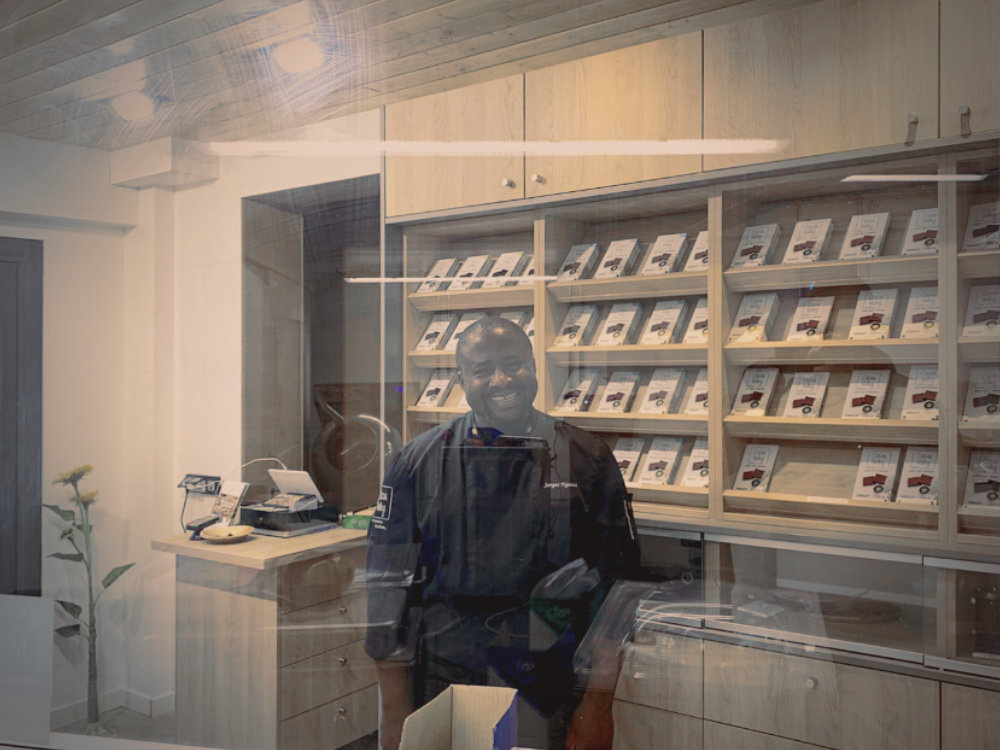 Serges with his finalised chocolate bars.

That day I also met Carine, Serges’ inspiring muse. A strong woman with beautiful and penetrating eyes, who does not let herself be frightened by anything. I could feel her gratitude for having Serges in her life and I could feel her love: a silent engine that constantly feeds her with the strength to face life, with a bright smile and a motherly intrinsic instinct. She’s the kind of woman who doesn’t feel special … but let’s face it, she is.

“We might be used to taking basic healthcare services for granted and thus we might not be truly able to appreciate Carine’s desire to do something about it: for their employees, though, it’s life-changing. “

Listening to her was fundamental to understanding the socio-economic-health situation in Cameroon. Cocoa Valley is promoting, creating and maintaining jobs in rural areas, providing an alternative to young people that would be forced to migrate into urban areas otherwise. It is diversifying and strengthening the local economy and does so much more, that cannot simply be read on their website but can be heard loud and clear when you hear them talk. 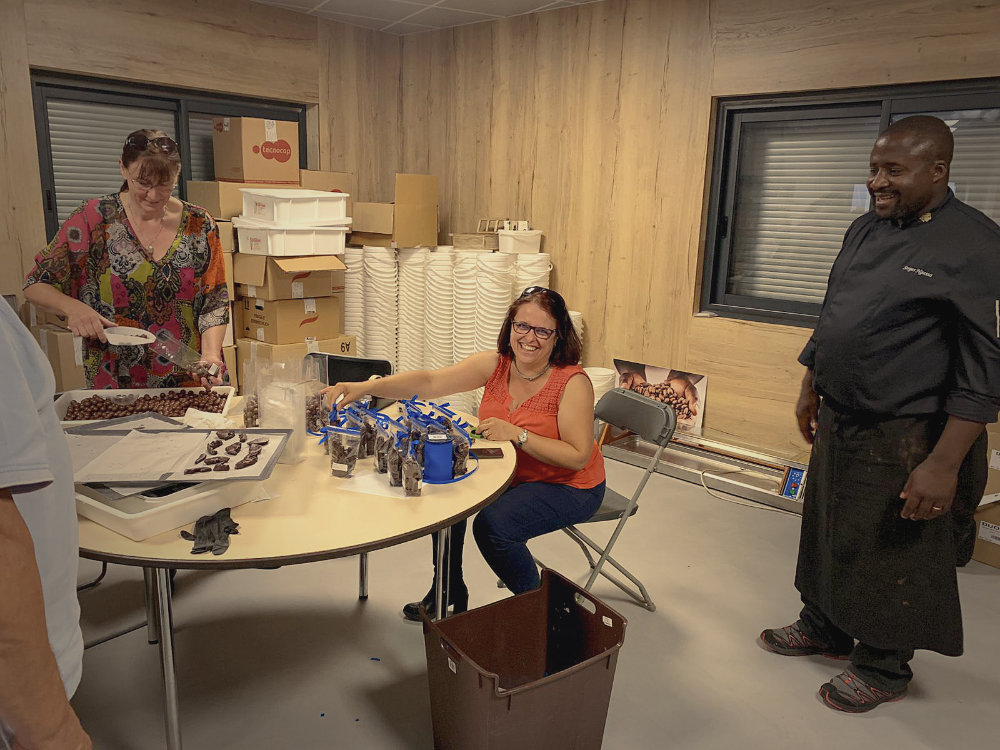 Carina (at the center), Serges’ wife.

The Cameronian health care system is public but inefficient, even though every citizen pays taxes. Healthcare professionals often receive their salary with several months delay, so if someone’s sick and goes to the hospital, the risk is that no doctor will be there. In addition, health costs are borne by the patient or by their family. If a person gets sick, he creates a family debt that is difficult to pay back … and what if this indebted person gets sick again? Well, they simply can’t access the cure. Carine and Serges decided to take care of the health of their workers and their families by paying them more and by creating an internal fund to be used when their workers get sick. We might be used to taking basic healthcare services for granted and thus we might not be truly able to appreciate Carine’s desire to do something about it: for their employees, though, it’s life-changing.

Moving to education: imagine being a mother with three or four children, but only being able to send one to school. What would you do? How can you pick? Education is a right and should never be a privilege. Serges and Carine collected 36,000 books – discarded by the French school system – and sent them to schools in Cameroon. They don’t need to pretend like they care, they simply do and they are like the drop that digs the rock. Constancy and perseverance, regardless of obstacles, results in an adventure à grande vitesse like the one of Cocoa Valley, pursuing one goal after the other. Their next one? Having 150 permanent employees on the farm.

I am always amazed by the power of gastronomy. Did I mention that I particularly believe in the power of chocolate? I don’t think so. Never underestimate it! And yes, Gabriele was right from the very beginning: I do love Serges! 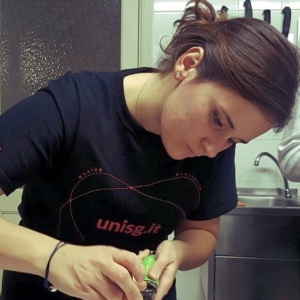 With 5 years of experience in starred catering in Belgium and a three-year degree in Gastronomic Sciences, now she’s a R&D Gastronomic Comsultant plus creator of promotional content, food styling and recipes. Beatrice has carried out research and development, storytelling, editing and copywriting, always enhancing quality food products.