The New Meringue on the Block

For centuries, ‘tradition’ dictated that only three kinds of meringue – the French, the Italian and the Swiss – could exist, until Chef Will Goldfarb challenged this status quo in 2016 – and introduced a fourth variety, the Balinese Meringue.

The origin of the confection – simply put, egg white foam with sugar – is often debated. Some historians believe that meringue was invented by the pastry cook Gasparini, in the small Swiss town of Meiringen. Others maintain that the name derives from the Polish word marzynka and that the recipe was first invented by a chef in the service of King Stanislaus I. of Poland. The king, who later became the Duke of Lorraine, supposedly passed the recipe on to his daughter, Marie, who, in turn, introduced it to the French. However, a final group claims that meringue goes back to a much earlier date and that it was, in fact, invented in England, as the oldest documented recipe for a baked “beaten-egg-white-and-sugar confection” originated there. An originally handwritten recipe for white bisket bread that stems from 1604 and was written by Lady Elinor Fettiplace in Oxfordshire, it can now be found in her cookbook: Elinor Fettiplace’s Receipt Book — Elizabethan Country House Cooking.

Since then, three different types of meringue are known, each with their own preparation technique and with characteristics to make them perfect for a specific kind of usage.

1. French Meringue: Fine white sugar is beaten into room temperature egg whites until stiff and glossy peaks form. It is the simplest of the three methods and the least stable. As it is also the lightest, it is perfect for making soufflés.

2. Italian Meringue: The most stable of all the meringues, this variety is made with a sugar syrup that has been heated to between 118°C and 120°C, the so-called soft-ball stage, and is then whipped into stiffly beaten egg whites until glossy. Its stability and smooth texture make it great for egg white buttercreams and mousses.

3. Swiss Meringue: Egg whites and sugar are whisked together over a double boiler or bain-marie and whipped into stiff, glossy peaks with an electric mixer. The early addition of the sugar prevents the egg whites from increasing in volume as much as they do in the other meringue varieties but adds to its fine texture. Swiss meringue is particularly good for baking crisp meringue cake layers and for topping pies.

Talk nerdy to me.

Of course, you might be wondering how a foam, even if made out of sugar and egg white,  can ever be “stable” and why it would matter when or in what form the sugar is added – that’s where science comes into play: An egg white consists to about 90% of water. The rest is almost all made up of protein, alongside traces of minerals and vitamins. When egg whites are whisked, air bubbles are created and, thus, foam forms. At the same time, the wires of the whisk cause some of the proteins to unravel. This is called unfolding or denaturing. It exposes some of the hydrophobic (water-hating) amino acids, which move to the air bubbles in order to get away from the water in the egg white. As proteins coat the air bubbles, some of the hydrophobic amino acids at the surface react with each other. This results in some of the proteins linking together to form nets, which help stabilize the bubbles and keep them from popping. Adding sugar to foamy egg whites transforms them into a thick and glossy foam that doesn’t disappear once the whisking has stopped. By increasing the viscosity of the liquid phase in the egg white, the sugar makes it harder for the air bubbles to merge together and escape, thus stabilizing the foam.

“When egg whites are whisked, air bubbles are created and, thus, foam forms. At the same time, the wires of the whisk cause some of the proteins to unravel. This is called unfolding or denaturing.“

Since perfect conditions are important in creating meringue, there are a few critical points to keep in mind when preparing them: 1) Room temperature eggs are preferable because the surface tension of the albumen is lower, making it easier to beat the air in. 2) Separating the egg white from the egg yolk has to be done extra carefully. Yolks contain fat molecules, which are attracted to air bubbles and, therefore, push some of the proteins away from the surface. But unlike proteins, fat molecules do not help stabilize the air bubbles. Instead, they cause them to pop, making it difficult to make a meringue. Other fats, such as cooking oil and butter, will have the same effect. Hence, it is important to make sure the whisk and bowl are spotlessly clean! 3) Sugar will always help to give the meringue a more stable structure, the result will change, however, depending on when the sugar is added. Generally speaking, the meringue will be firmer if the sugar is added right at the beginning and lighter if it’s added towards the end. When to add the sugar can depend on the preparation, as the sugar is usually added slowly after the foam first appears, if an electric beater is used, while it is added almost at the end, if the mixing is done by hand. In any case, fine confectioner’s sugar is preferred over ordinary granulated sugar because it dissolves much more rapidly. Undissolved granules can give the meringue a gritty texture and can cause beads of syrup to form during baking. 4) Further attention has to be given to the whisking itself, as it is possible to over-whisk a meringue. In that case, it will eventually split into a grainy solid part and a runny liquid. This happens when too many proteins join together and form a net that is so tight that it starts to squeeze the water out of the egg white, but can be prevented by using a copper bowl or by adding cream of tartar. Small amounts of copper ions from the bowl will keep some of the proteins from linking together, so the nets do not become too tight. Cream of tartar is an acid, which will have a similar effect.

Having introduced the traditional varieties of meringue and having gone more into scientific detail about how meringues are formed, let’s learn more about the newest kid on the block: The Balinese Meringue! Chef Goldfarb’s original goal was to create a delicious meringue without excess sweetness and a dense, fluffy, mouth-filling texture. The American pastry chef, currently living in Ubud, Bali, and running a small dessert bar called Room4Dessert, likes the idea of using “palm sugar, because it represents Indonesia.” Furthermore “it’s more flavorful and the low pH allows for greater stability at lower concentrations. It’s also a sustainable, low-glycemic-index sugar.” Goldfarb uses palm sugar from the coconut palm and does some in-house processing of the same. As the yield is very low, the team relies on local markets and other farms to ensure a sufficient supply.

“The culinary concept of making Balinese Meringue is based on the understanding that a low pH value in sugar can aid foam formation and stability.”

Despite having worked in some of the world’s best restaurants, including ElBulli in Spain as well as Papillon and Cru in New York, and being featured in his own Chef’s Table: Pastry episode, it took Goldfarb about a year to get the Balinese meringue technique right. In the final section of his cookbook, Room for Dessert, published by Phaidon, a base recipe selection offers a blueprint of the Balinese meringue and his 10% rule, which states that if one is suitably proficient in the art of baking something, one may tweak the measurements, but only by a maximum of 10%.

The culinary concept of making Balinese Meringue is based on the understanding that a low pH value in sugar can aid foam formation and stability. The meringue process starts with egg whites, superfine palm sugar, and water in a blender. This trio is puréed and then transferred to a Trittico machine, which “contributes to the success of the technique by controlling the heating and cooling,” says Goldfarb. The meringue base is processed in the Trittico and heated until its temperature reaches 84ºC. The temperature setting is then reversed, and the hot base is processed and chilled to -9ºC. The chilled meringue is emptied into a mixer, where it is rapidly whipped. At Chef Goldfarb’s restaurant, the meringue may be piped into moulds and sent to the blast chiller, or spread into rectangles and dehydrated at 43ºC, adding contrast in temperature and texture. This technique, which manages to create an innovative product that is rooted in a great deal of history as well as locality and can be seen as a healthier alternative to traditional meringues, was already published by the International Journal of Gastronomy and Food Science. It was also presented at this year’s Identità Golose, where it was rather magical to watch Chef Goldfarb and his assistant Andre re-creating the Balinese meringue from his restaurant. Knowing that this would not have been possible a few years ago, it is a reminder to question everything and persistently look for answers while being fueled by passion.

1. In a blender, combine 210 grams egg whites, 178 grams superfine palm sugar, and 212 grams water and purée.
2. Transfer the purée to the Trittico machine and process, according to manufacturers instructions, until mixture registers 84ºC.
3. Process again to -9ºC. Transfer mixture to a stand mixer fitted with a whisk and whip to stiff peaks.
4. For use as in the “The Sugar Refinery” dish from Room4Dessert, transfer the meringue to a piping bag and pipe into twelve 9-centimetre-long cylindrical moulds or other cool shaped moulds.
5. Freeze and reserve in a blast chiller.
6. Spread remaining meringue onto 4-centimetre x 9-centimetre acetate rectangles and dry in 43°C-dehydrator

If you don’t happen to have access to a Trittico machine, try heating the purée in a Thermomix, before transferring it to an ice-cream machine to cool it back down. This has not been tested by the New Gastronome editorial team, but as gastronomes, we think that combining broth machines should be able to provide a similar result like the one reached by the elusive Trittico machine. Have fun! 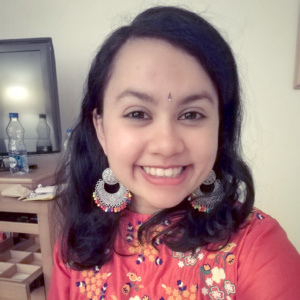 A Magistrale student at the University of Gastronomic Sciences, with a background in Nutrition and Culinary Arts, Sharon is figuring out how to help make the world a slightly better place for a whole lot of people. Her Italian is currently limited to names of ingredients, dishes and cocktails, but she’s working on changing that. She loves whipping up elaborate dinners, watching romcoms & 00’s pop music!