All around the world, cities are working to improve the food system through local action. Though some of these projects might seem invisible, they can change the way we look at our town – and the world.

A city can be considered a living organism within which 50% of the global population lives and where 80% of world GDP is generated. Consequently, cities are taking up more and more space within the world, transforming it in terms of environment, society and the surrounding economy. Although they technically occupy only 3% of the Earth’s surface, cities account for 60-80% of energy consumption and 75% of global carbon emissions. They are the point of arrival for most of the raw materials and finished products to enter the nation, and the major exit point of waste and emissions, often at the expense of areas on the cities’ periphery. They are also the main gathering point of immigration and the consequent social inclusion or exclusion of foreigners and disadvantaged people. Furthermore, cities manage the national health and can be seen as places where society, economy, health and the environment all intermingle.

Having realised how much they might be able to change, cities all around the world are beginning to improve their food system through local actions, hoping to eventually cause change on a global level. Therefore, many interesting urban food projects have started, working on topics like food production, sustainable diets, food waste and more. Let’s start discovering some of them here, with these 10 best practice examples that, if shared, could have an even bigger impact on our world’s food system.

In Shanghai, China’s largest city, managing the food safety of small and medium food businesses is very complicated. For this reason, in 2013 the government launched a new credit system to improve the supervision of food production to guarantee food safety. The system is based on the idea that food safety policy should be comprehensive, cohesive and well-enforced. Therefore, it is shared between state departments and several public and private actors. In the past years, 1.526 food producers, 80.000 food enterprises and 50.000 catering got classified, which means a huge improvement of the city’s food safety.

Research shows that in order to tackle obesity, we need to change the food environment in which people live, by improving access to fresh food or educating the population around certain topics. Taking this idea into account, Birmingham’s “Tackling the Obesogenic Environment Team” was born. This task force created an educational system around the topic, working with schools, community centers, public advertisements, fast food restaurants and many other public and private stakeholders to rebuild a new food environment.

The metropolitan areas of Lyon hold thousands of restaurants which serve any kind of food imaginable. Yet, only a very small part uses local ingredients due to their high prices. For this reason, the city decided to promote a short supply chain system between the countryside production and the restaurants’ needs. This was done by approving new agricultural policies to promote the increase in organic and local production and by linking organic producers with distribution and transformation companies. Through this new network, restaurant were able to increase the quantity of local, organically produced food on their menus, thus supporting the local economy.

The city of Tel Aviv is working with local NGOs and informal educational institutions to improve education surrounding food, healthy and sustainable nutrition as well as traditional cuisine. In 2016, for instance, the municipality worked with more than 8.000 Scouts, ages eight to 18. The project involved a new healthy menu for the kids and healthy cooking lessons with their parents. The cooperation proved that the use of alternative educational institutions can be a horizontal and participative way to spread knowledge. 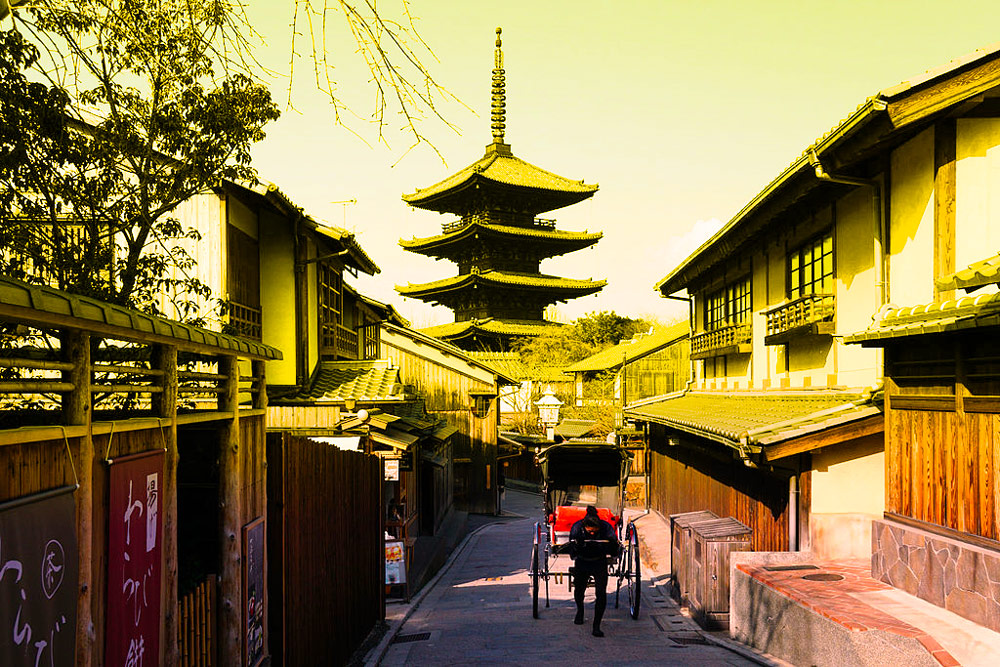 In 2015, Kyoto City implemented a new garbage system, called “Kyoto City New Garbage Half Reduction Plan” which aims to regulate the reduction and the disposal of all types of garbage in a new and sustainable way. This plan works due to the cooperation on several initiatives with local businesses, NGOs and citizen participation. One of the smartest is the “3 Kiri Kitchen Waste Campaign” which promotes the complete use of the food you buy, Kiri literally meaning “to make full use of something”. The campaign is built on three pillars: buy just what you need, eat everything that you buy, drain liquids before putting them in the garbage. These three very simple rules have been spread around all restaurants, school and houses in Kyoto City. Within a year, the volume of garbage has decreased by 49%!

In 2002, the Municipality of Quito launched it’s AGRUPAR (Participatory Urban Agriculture Program) project, with the aim of promoting the self-production of local food through urban agriculture. Bioferias, centers where small producers can sell their products and where healthy diets are promoted, offer citizens healthy, locally produced food, as well as free health assessments and expert tips for a healthier diet. Usually located close to health centers, this enhanced form of a farmer’s market concept, strengthens the relationship between consumer and small-scale producer, generates jobs and offers a platform to share and generate knowledge. 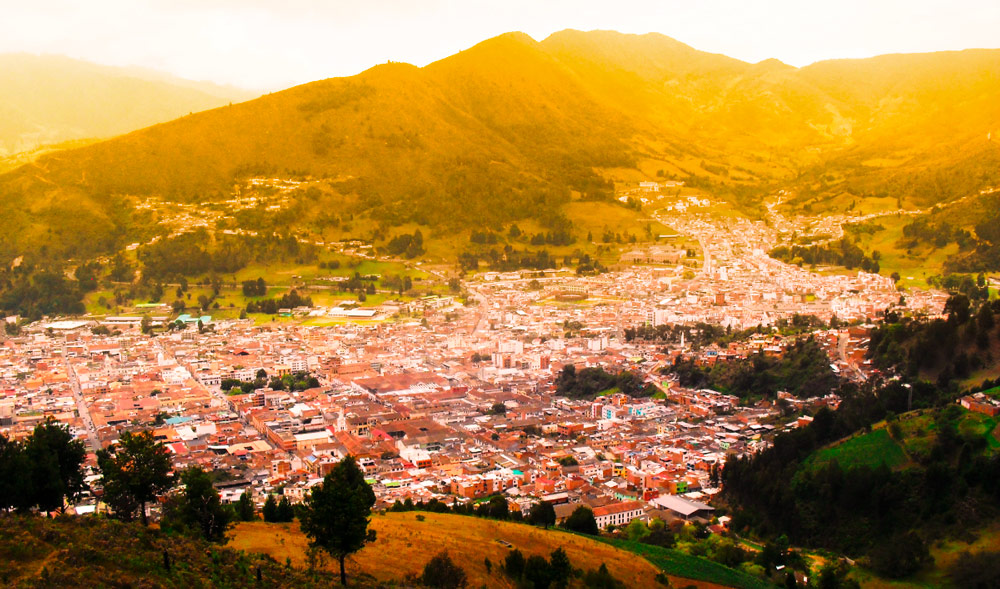 In 2016, the “Children’s School Program” was created to decrease Pamplona’s food poverty, improve diets and manage food waste, all at once. Working hand in hand with school canteens and public administration, it’s goal is to improve menus, share awareness and generate knowledge about sustainability and nutrition. The program is also organizing visits to local producers to connect children and their parents to food production.

In a city with more than 8 million inhabitants, food security is one of the main problems, particularly for the most vulnerable groups. This is why, the Municipality created the Community Dining Rooms Program in 2009, providing 488 dining rooms in 16 districts to serve 65.600 meals on a daily basis at around 10 MXN (which is 0.52 USD). The project provides meals and employment for people in need. From 2010 to 2015, food poverty has decreased from 15.5% of the population to 5.6%,  thanks to these community spaces!

Johannesburg is one of the most food insecure cities in the world. In order to guarantee better access to food, empower communities and spread urban agriculture practices, the city created the “Food Resilience Unit”, an umbrella strategy that works though so-called “Food empowerment zones”. Basically, huge farms, they provide a space where people can practice urban agriculture, as well as a restaurant, a market, and a surplus food exchange space. In the biggest food empowerment zone, 32 cooperatives are working on more than 250 hectares of land. This project guarantees a network and safe space for producers and consumers, giving them the power to produce their own food.

Like most American cities, Austin is facing a problem of food insecurity in relation to unhealthy food consumption. The link between insufficient access to healthy food and food related disease, such as obesity or cancer etc., was proven to be one of the main problems in American cities. One of the ways Austin in dealing with this problem, is through the “Fresh for Less” program, which was introduced to 19 low access areas and spaces like markets, stands and stores, where people in need can buy fresh fruits and vegetables at a fair price. These access points also accept SNAP (Supplemental Nutrition Assistance Program) benefits, in order to help in even bigger number of those in need.

Why is it so important to know about these projects?

Similar to these ten cities, there are many more that are working towards sustainability. All the projects mentioned above were born in different contexts, come from different needs and combine different kinds of interventions, actions and strategies.

They all, however, aim for making their food systems more sustainable by cooperating, sharing, educating and caring, which is why knowing about these projects is so important: they teach us that to change a system, all parts need to work in one cohesive way and move in the same direction – no matter how big they might be. Furthermore, they showcase that the food system impacts and is impacted by many different factors, which must not be neglected in working towards a better future. Sustainability is, first and foremost, about the changing paradigms and directions – and these ten cities show that even the smallest step can have a big impact. 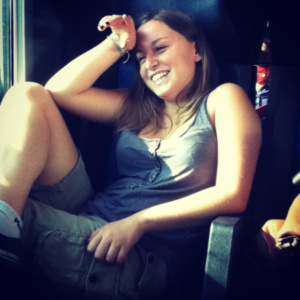 Bianca Minotti is a former University of Gastronomic Sciences of Pollenzo student and currently a PhD student in Rural and Social Development at the Czech University of Life Science in Prague. She carries out food governance projects in Italy and is particularly interested in the role that food has in reconnecting urban and rural areas. The sustainability of the food system is the cornerstone of her research project, which aims to study how to make cities more sustainable through a good, clean and fair food democracy.